Today marks the 40th anniversary of the release of the first Depeche Mode single, Dreaming of Me. A small disc of plastic that I still have in my vinyl collection of pre-CD music. 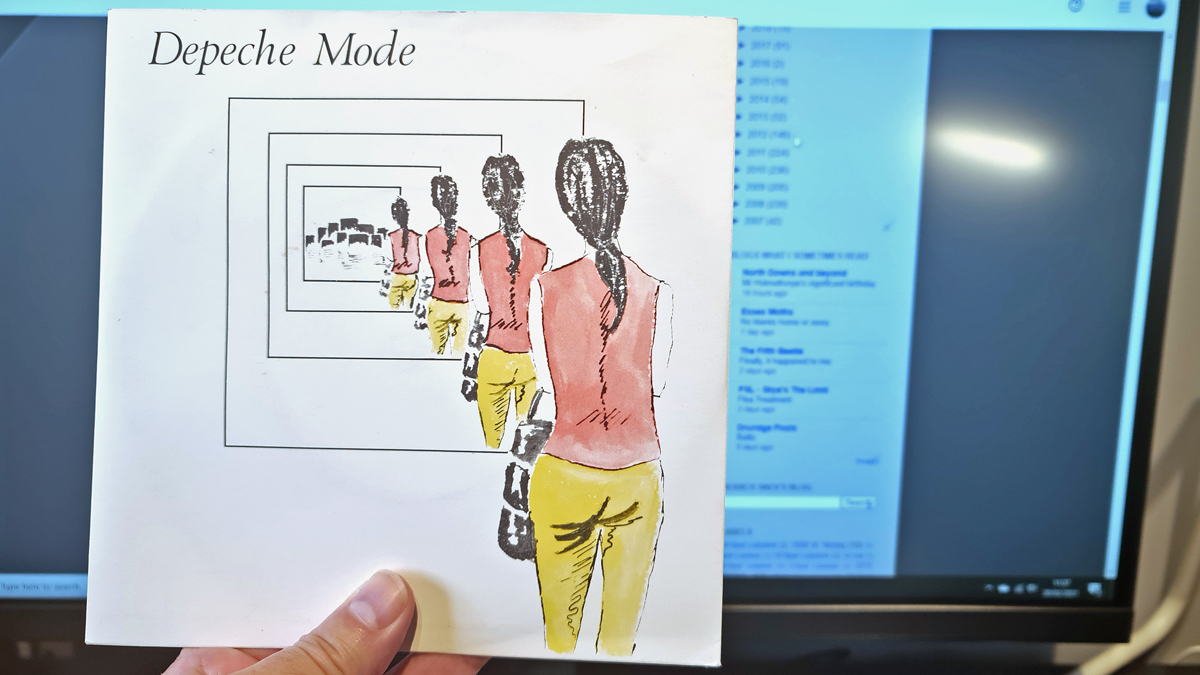 There will be many such anniversaries from the 80s coming up, but few bands that were incepted in the era of post-punk new wave and synth pop truly survived through the decades that followed.

Of course 40 years ago I had no idea that I would, literally, grow up with Depeche Mode. I was 12 when the single was released, turning 13 a few months later. At that time Dave Gahan, lead singer and youngest member of the band by a year or so, would have been 19. The single was a jingly synth-pop track - nothing special in itself and far from a chart smash. But on the flip side was a track called Ice Machine, darker in mood but no less synthetic.

The first album maintained the mix of pure synth-pop and slightly more melancholy tracks. There were pivotal changes that have shaped the bands output from the second album onwards: Vince Clarke left the band after Speak and Spell, leaving Martin Gore to take up the reins as songwriter for A Broken Frame and beyond. Alan Wilder joined the band and contributed musically before his departure after the 8th album, Songs of Faith and Devotion.

Throughout the 40 years that have followed Dreaming of Me, through 14 studio albums, 8 live albums, 50+ singles and no idea how many compilations, imports, live films and remix sets, there is as much continuity as there is radical change. I love all of it; the music, themes and composition have matured in sync with me. I am sure I am not alone, there will be many 1000s of people up and down the UK who were around the same age at the same time and, like me, started buying every new release and have continued to.

I cannot hand on heart say which songs or albums I prefer; they are all excellent in different ways, and my view of them is obviously biased by what I was doing, and with who, when they were released. The tracks I've linked in this post (aside from Ice Machine) are arbitrary - I could have spent all day looking for clips and linking 100s.

Depeche Mode are certainly not a universally loved band, but whether you have listened to them properly or not, like them or not, you cannot deny the influential effect they've had on many bands, across genres, that have followed.

Who knows how long they will continue to work and release new material as a band: both Dave Gahan and Martin Gore have worked with other artists and released solo material. The last album was released in 2017, and there have been 4 year gaps between the last few albums but I haven't seen or heard anything to suggest there is another one on the way. If and when it comes, I am sure that I will be listening to it. And if it doesn't, I will continue listening to all of their back catalogue.

They never seem to have got the credit they deserve. They are an amazing band and one of the best live acts ever. FACT. That 93 Devotional tour is still probably my live music highlight and I have seen a shed load of bands over the years. Gahan is one of the great frontmen and to see him perform is a thing of beauty. Still love them after all this time. Favourite album is probably Violator, an awesome piece of work that still sounds fresh 31 years later

Absolutely, superb live. First saw them in 1982 and have seen a few tours since. I ended up seeing them three times on the most recent Global Spirit tour, as they were at the Isle of Wight Festival the year after I'd seen them at the Olympic Stadium in London and later in the same year in Birmingham. Wonder if I'll get to see them live again; international tours must be gruelling.

I'm having a grand time sat here listening to some vinyl: I swapped to CDs c1988 so anything earlier I had on vinyl, and I've got some great limited editions / mixes that I've never had on CD or download so I'm giving them a play and recording into Audacity whilst I'm at it.