Another day, another place, another walk. This morning though I had no real constraints, so I fancied heading out for a longer walk than I've been doing. It was a frosty start with remnants of Sunday's snow still lying, but the forecast was for a dull day with rain from mid-morning so I opted to head out early. I needed to fill up the fuel tank and sort my tyre pressures out anyway so headed to Sainsbury's at Fosse Park (where I usually fill up as it has pay at pump) and then parked up at the newly-established Everards Meadows site on the other side of the big junction. This site is within my pre-defined Soar Valley South patch, but back then it was not opened up and accessible like it is now though some of the area beyond it along the Soar and Grand Union Canal was accessible from the other side. On the aerial map, the area is a swathe of green sandwiched between urban areas. 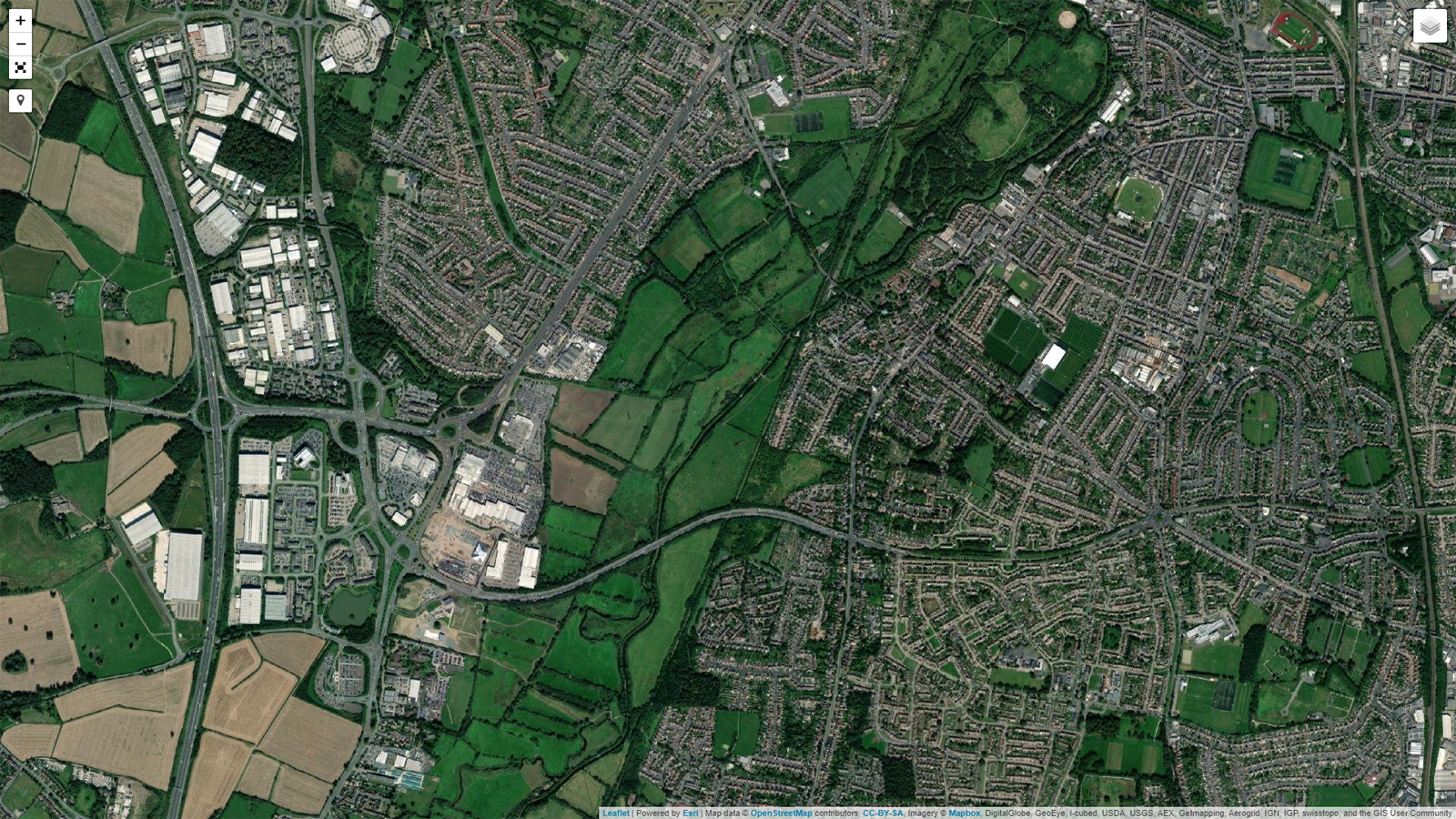 The red dot is the car park for Everards Meadows; the blue dot is where I joined the canal tow path after crossing the River Soar on a newly constructed bridge; the cyan dot is where the canal and river pass underneath the Soar Valley Way (which is the northern boundary of my patch) and marks the southern boundary of Aylestone Meadows; the yellow dot is Kings Lock; the magenta dot marks the point where the River Soar and Grand Union Canal converge, and the orange dot is as far as I walked before heading back. 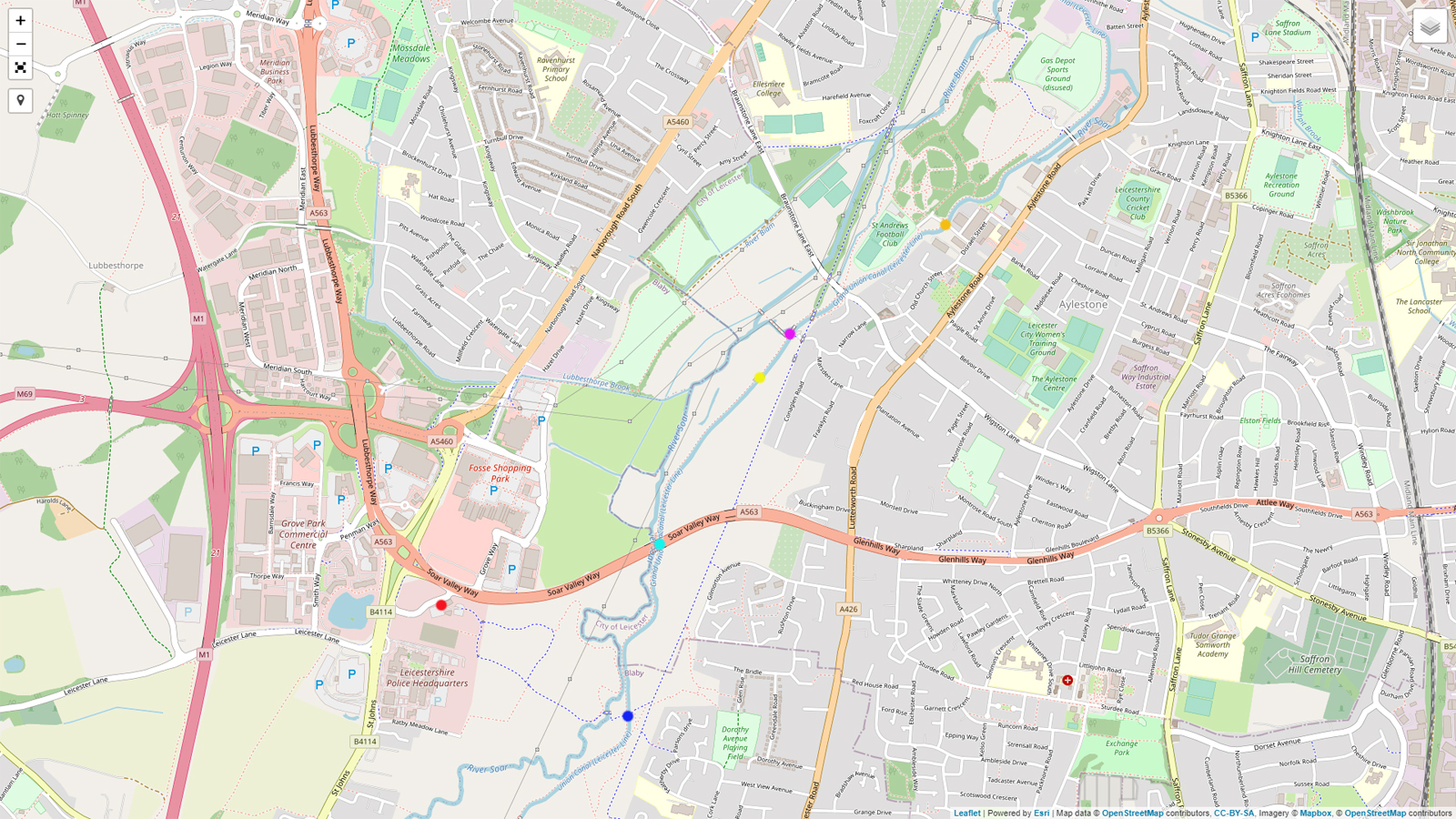 Right from the start it looked like it was going to be dark all day, with a hazy sun rapidly disappearing behind cloud. 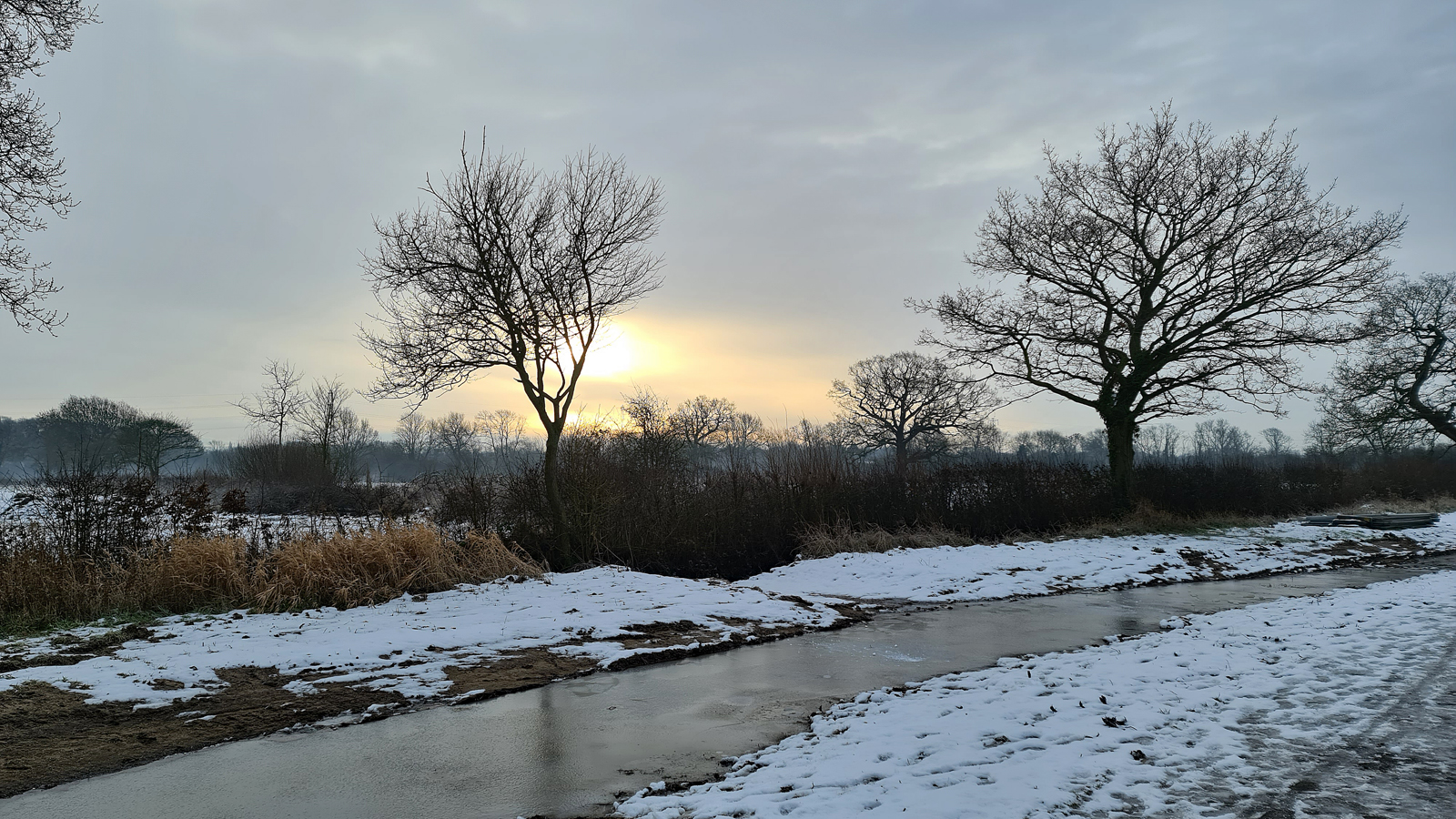 This frozen over area is not a pond, it's where a patch of osier and rush has been flooded. There was a handful of pipits and wagtails pottering about over the ice, but nothing other than Meadow and Pied. 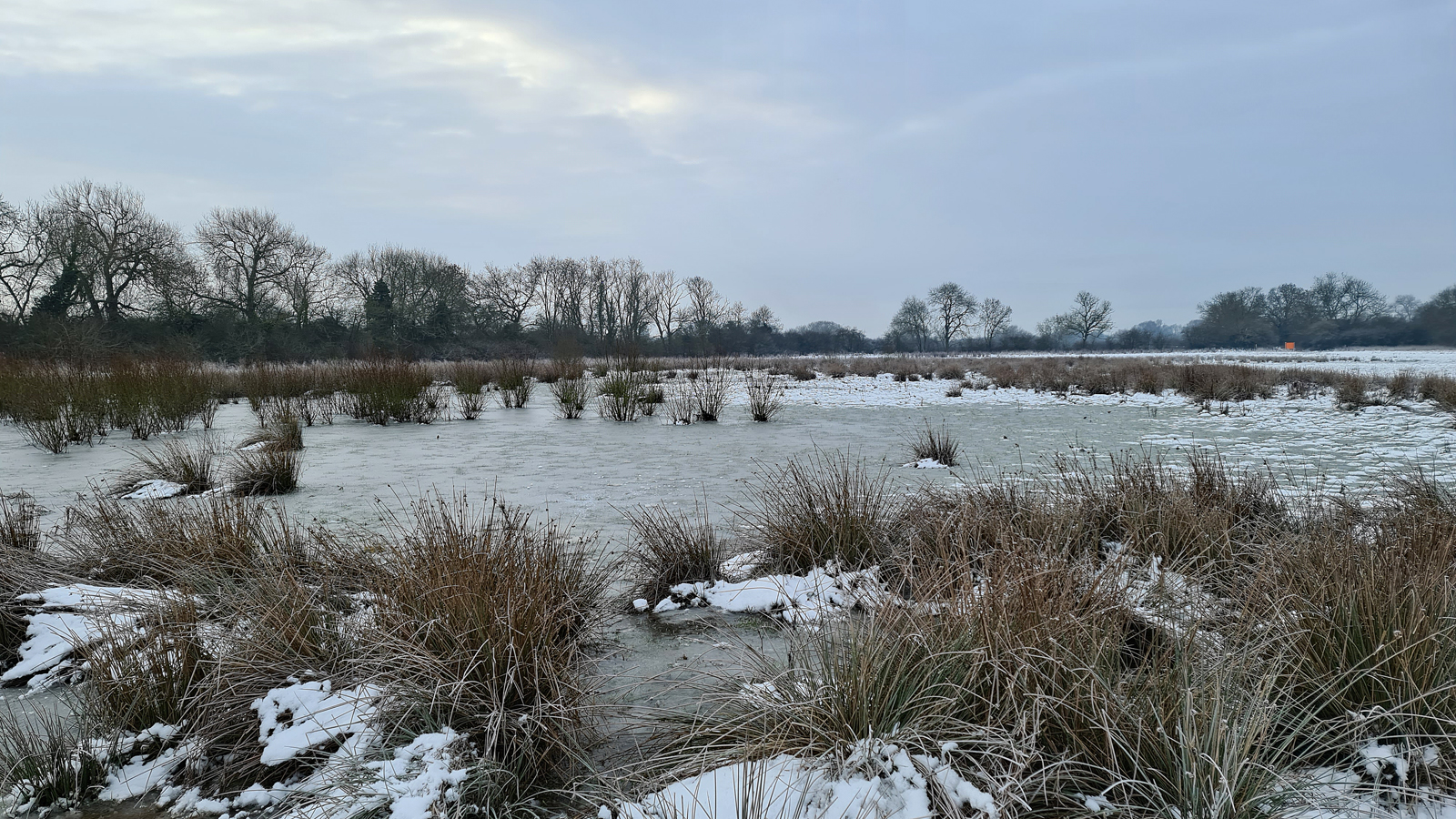 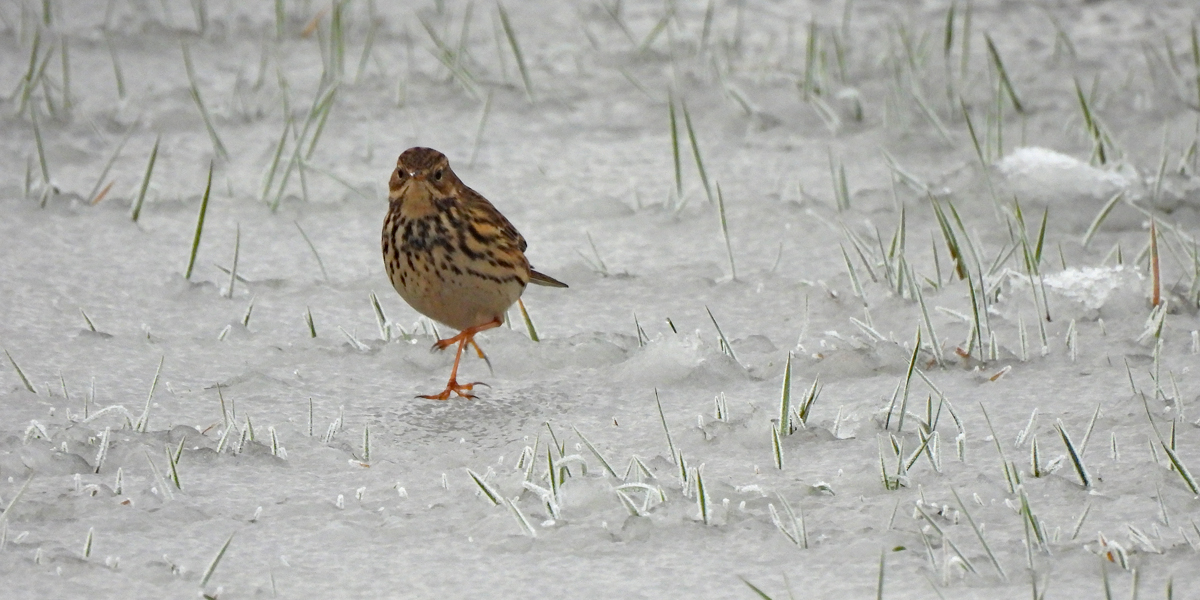 Meadow Pipit about to try for a triple-salchow
The river was flowing okay, perhaps flowing a bit faster and deeper then usual after the floods and thaw, but the canal was frozen over. Hopes of a Kingfisher faded quickly. 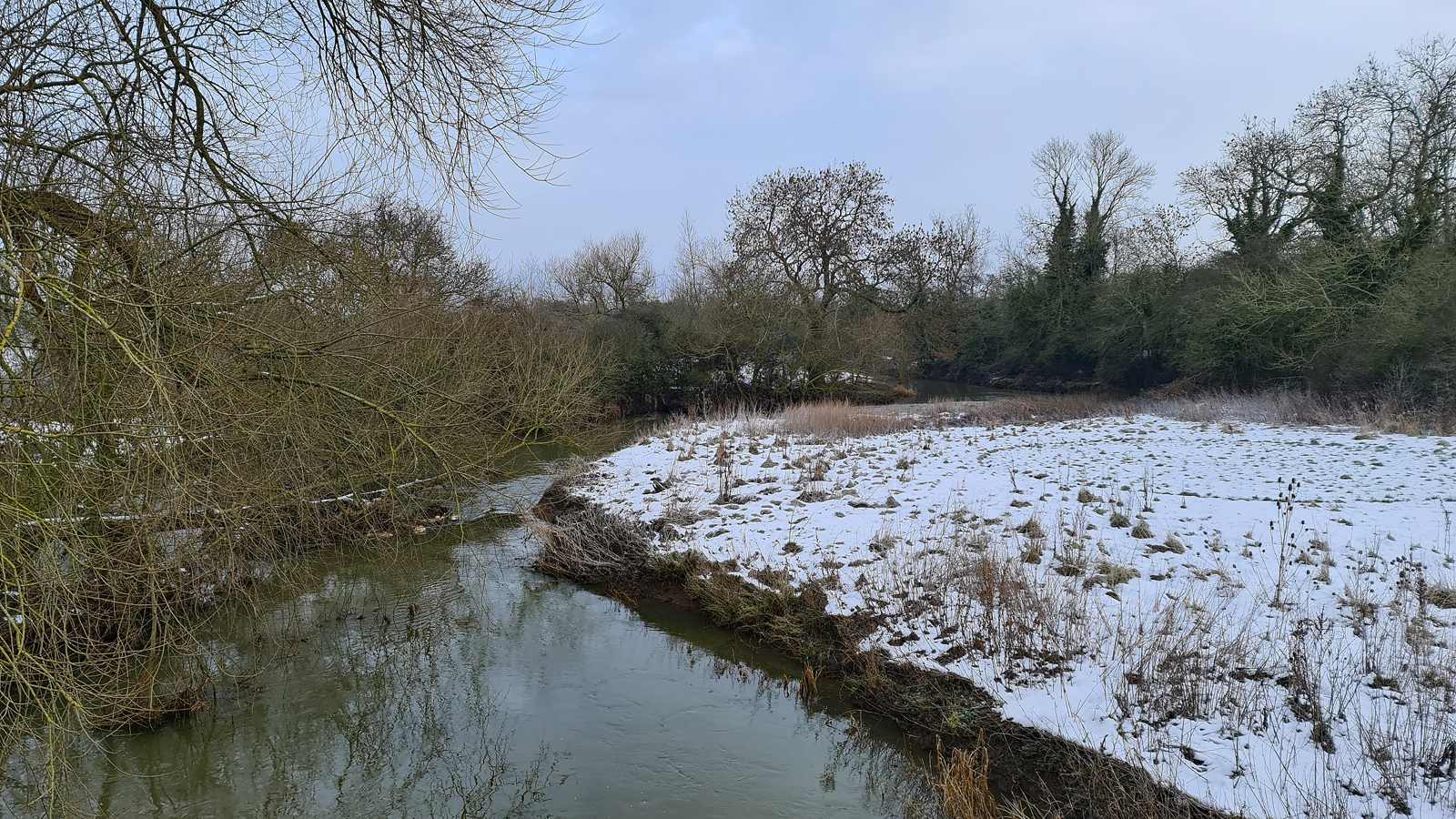 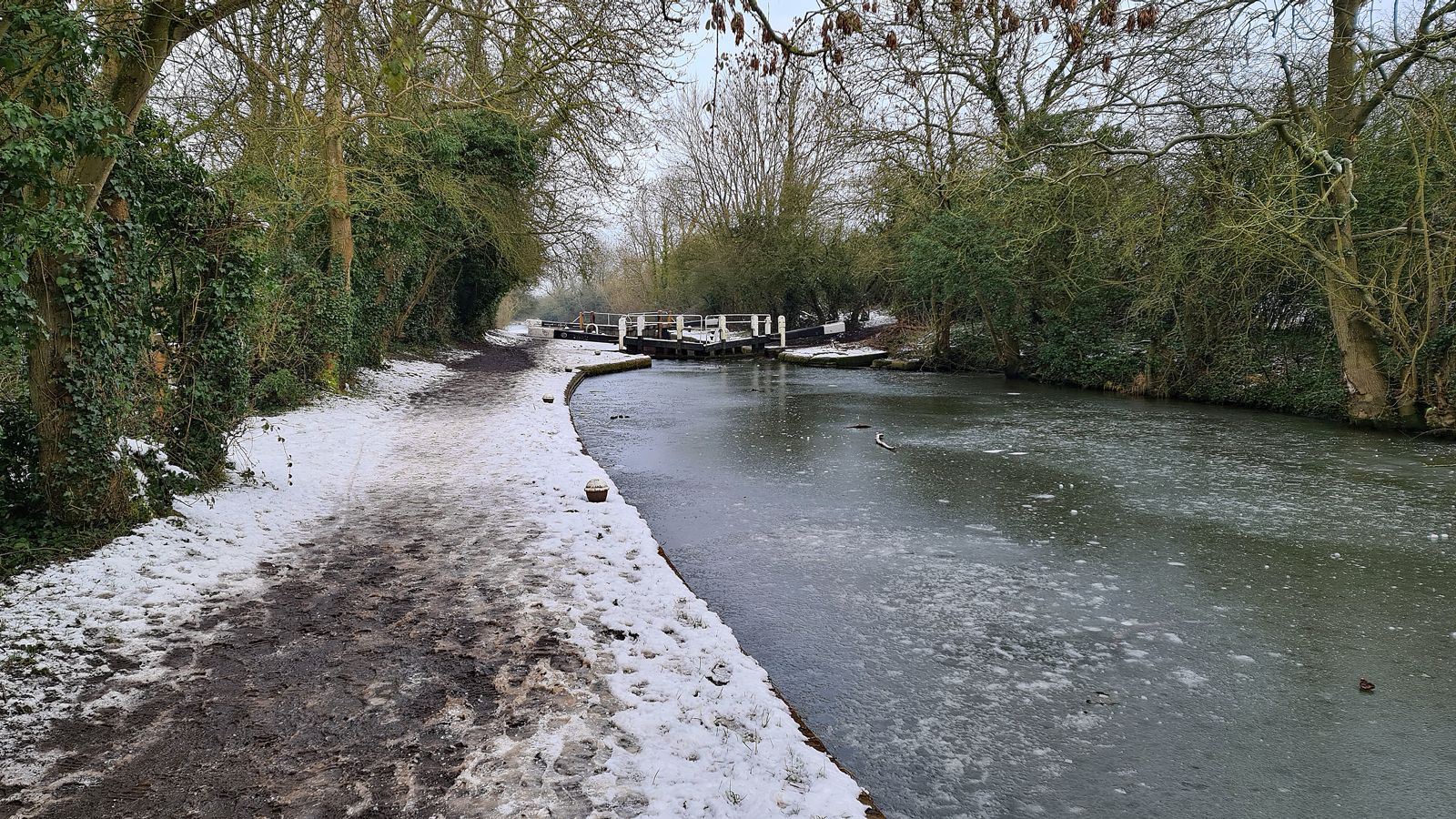 I picked up a few nice binocular views along the way, including a small group of Bullfinches, Reed Buntings, and a couple of Goldcrests actively working the under-hang of a lichen encrusted hawthorn. A couple of Great Spotted Woodpeckers were partially obscured by twiggery during the walk but I gave it a go. 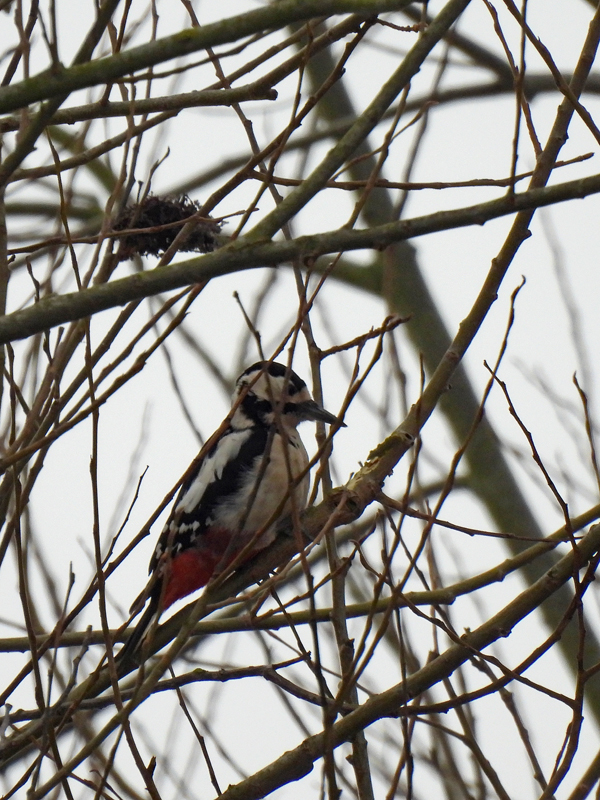 The shot below is looking north-ish towards the Soar Valley Way roadway, the patch boundary. Immediately the other side of this marks the start of Aylestone Meadows, but along this stretch at least the habitat is the same. 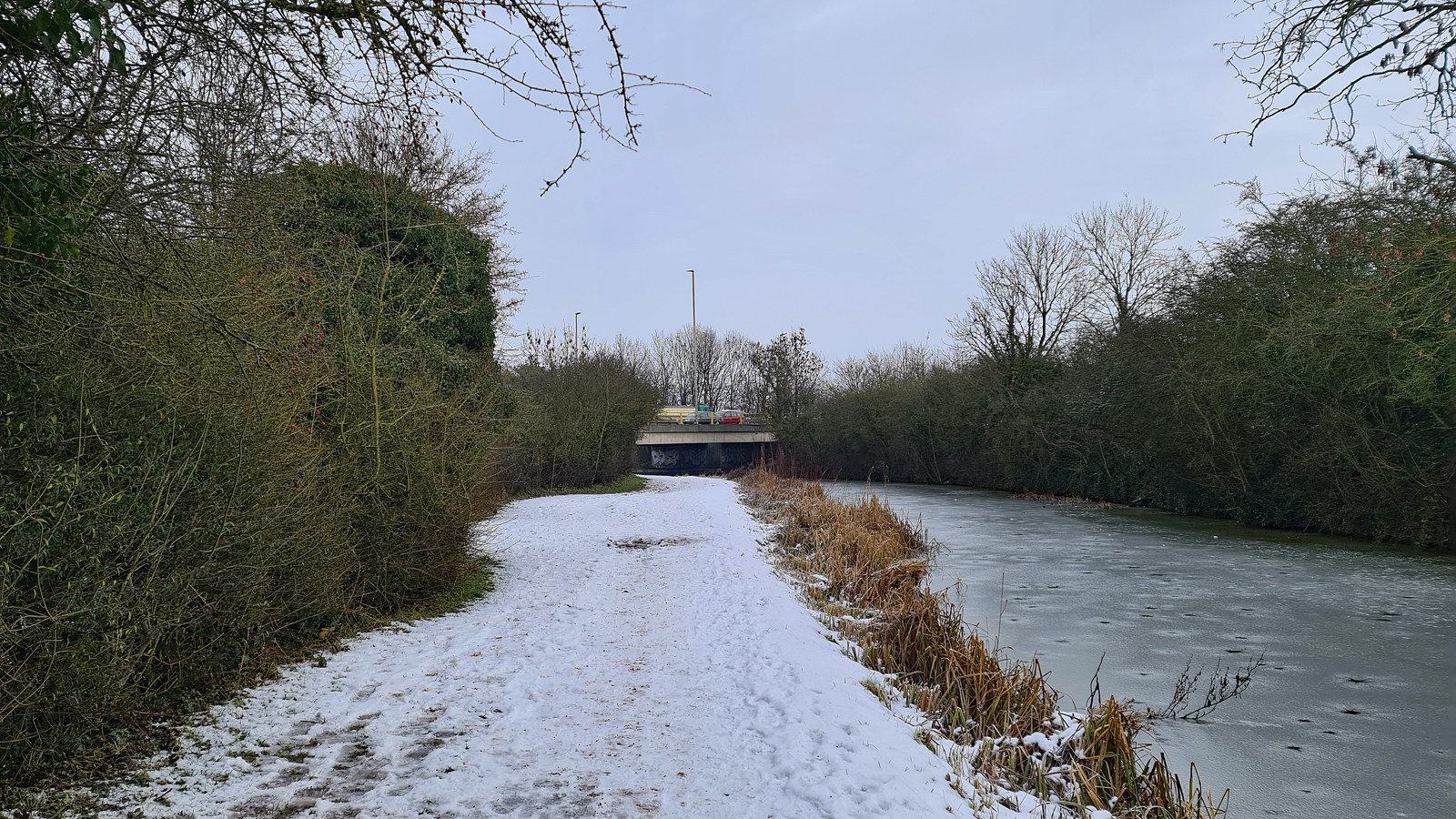 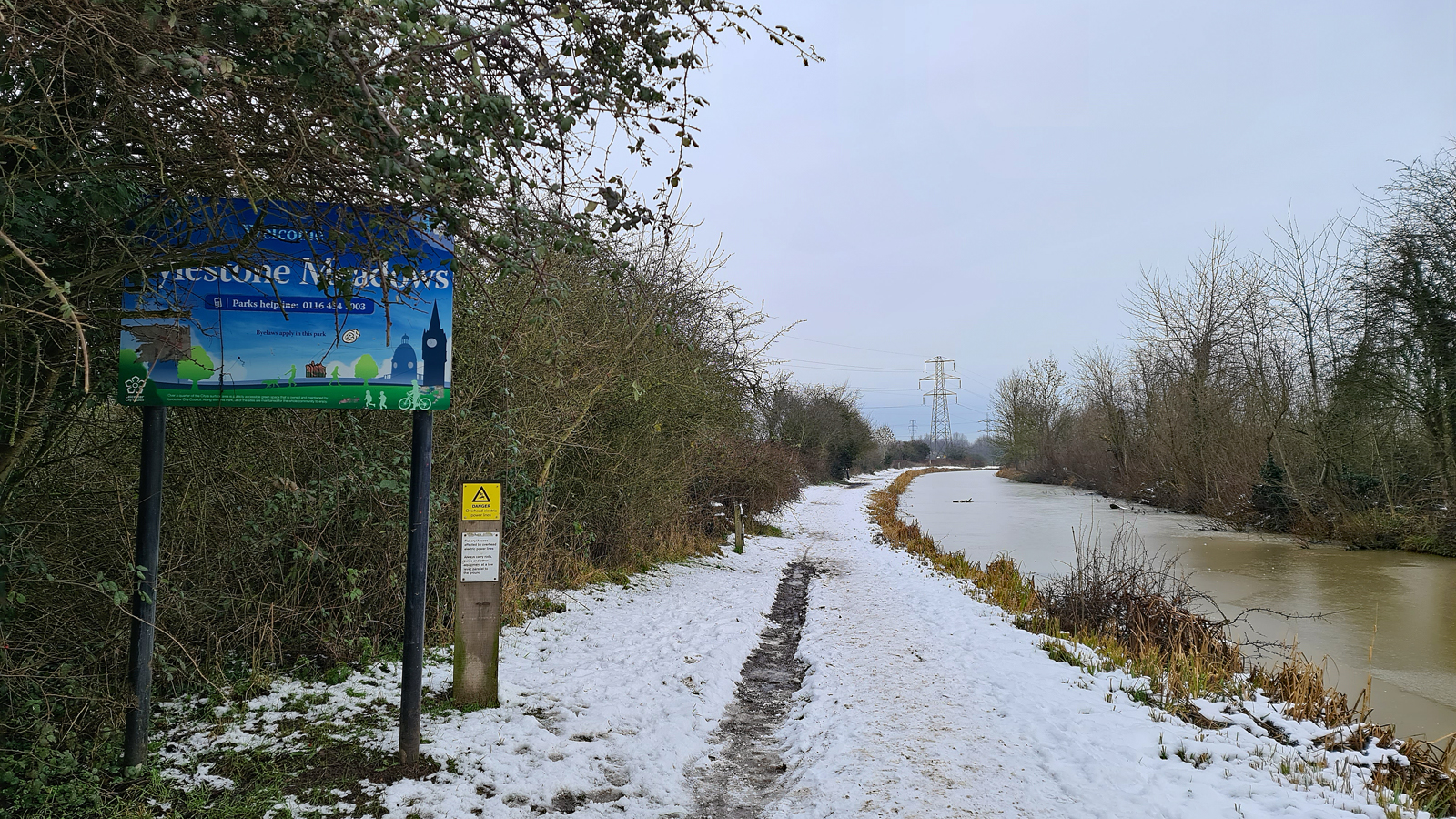 The following are both looking west-ish from the canal tow path, the first south of the Soar Valley Way and the other across the southern end of Aylestone Meadows. 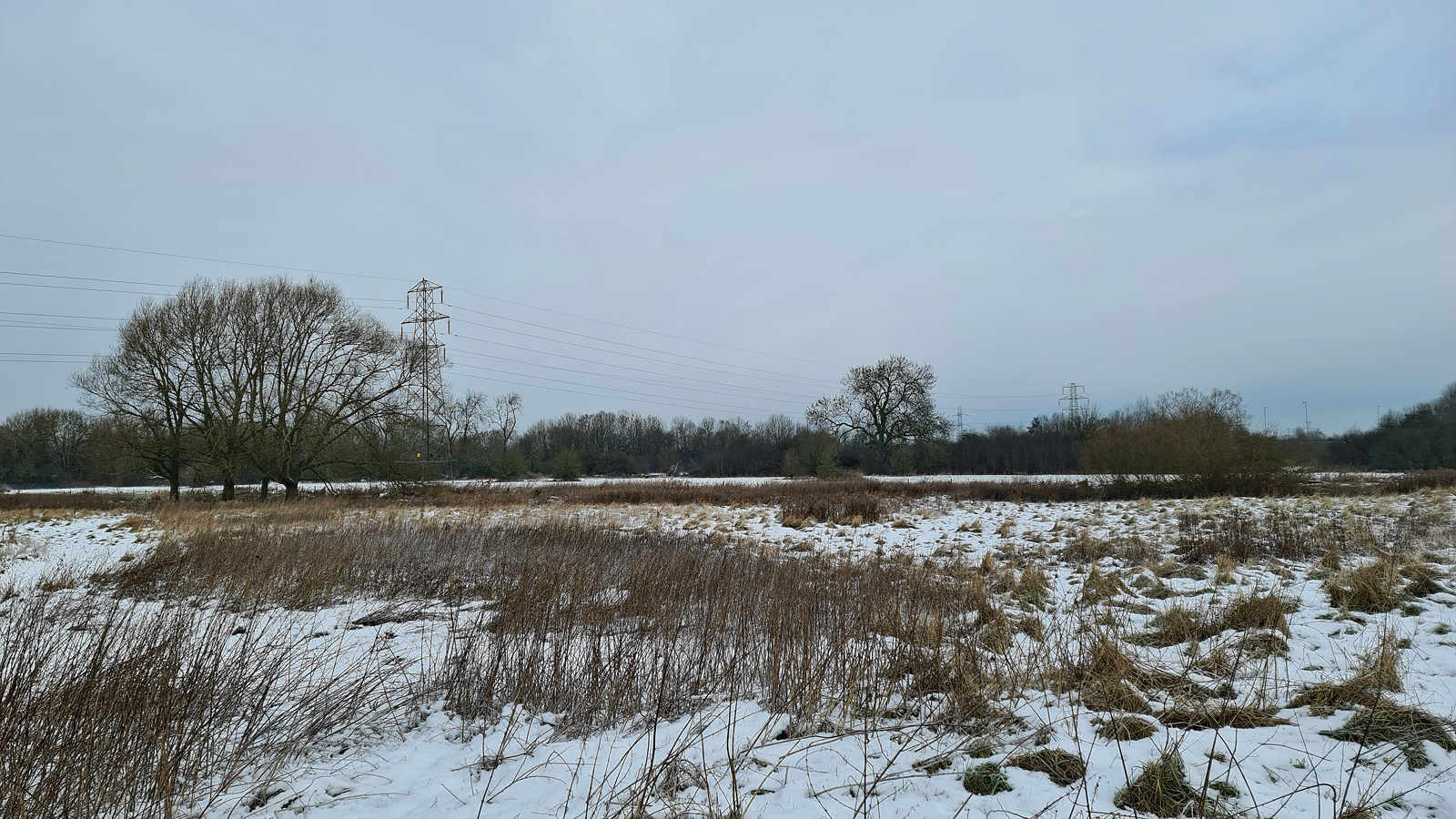 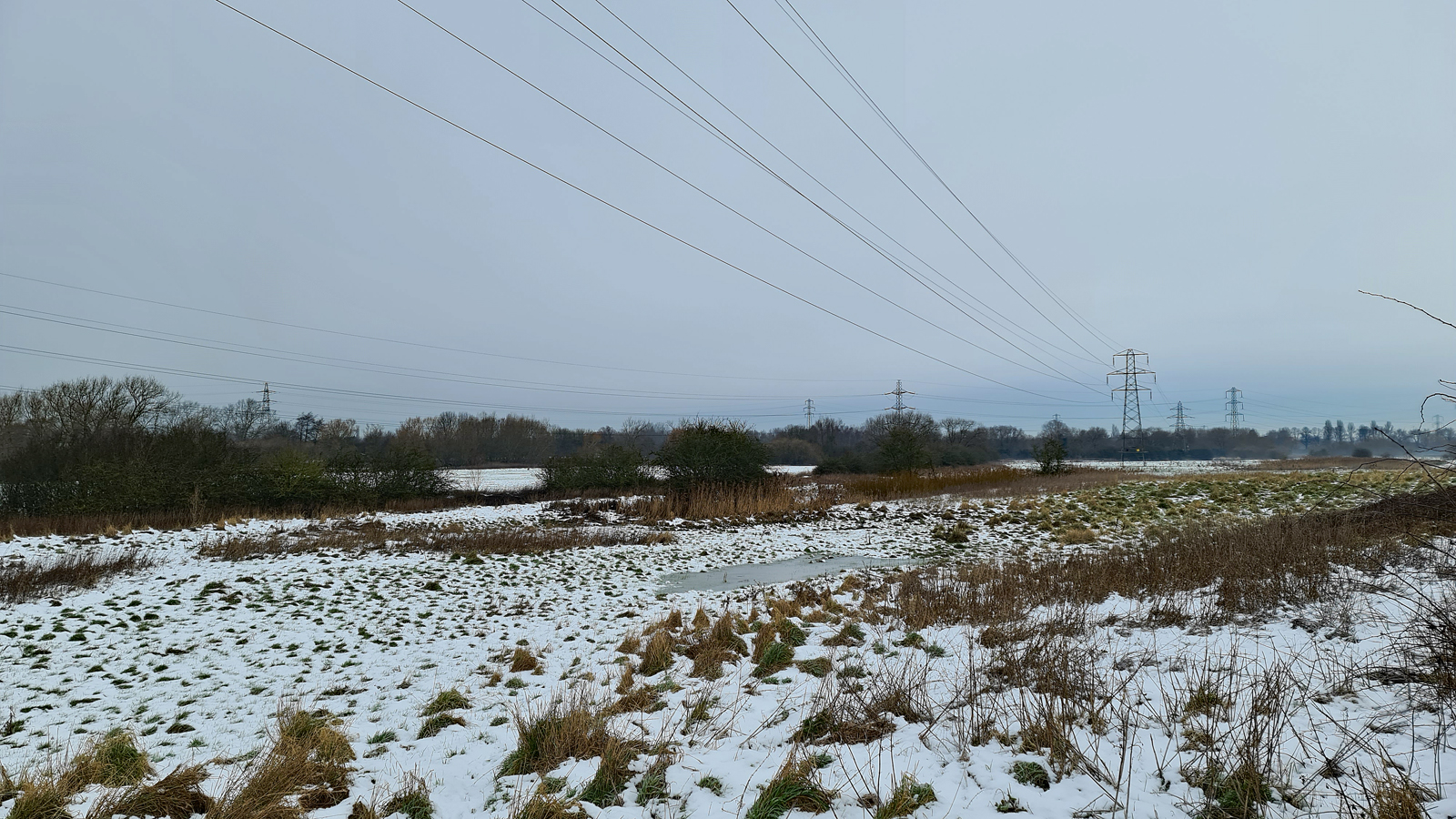 Pylons are worth looking at along here for Peregrine - but today the only bird perched on these structures was a Cormorant. 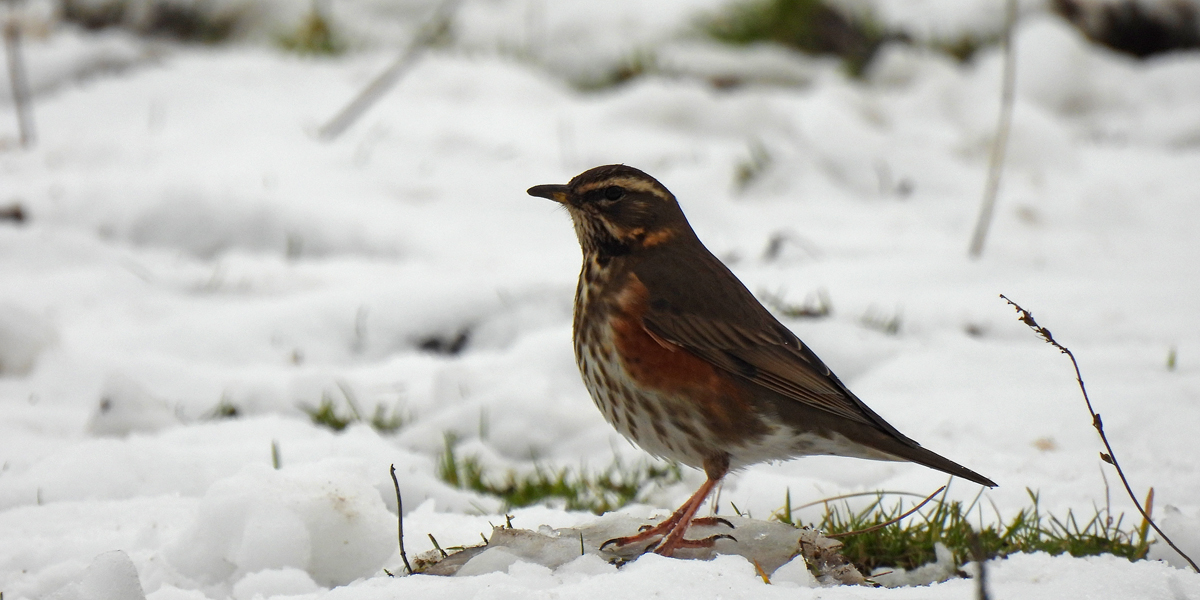 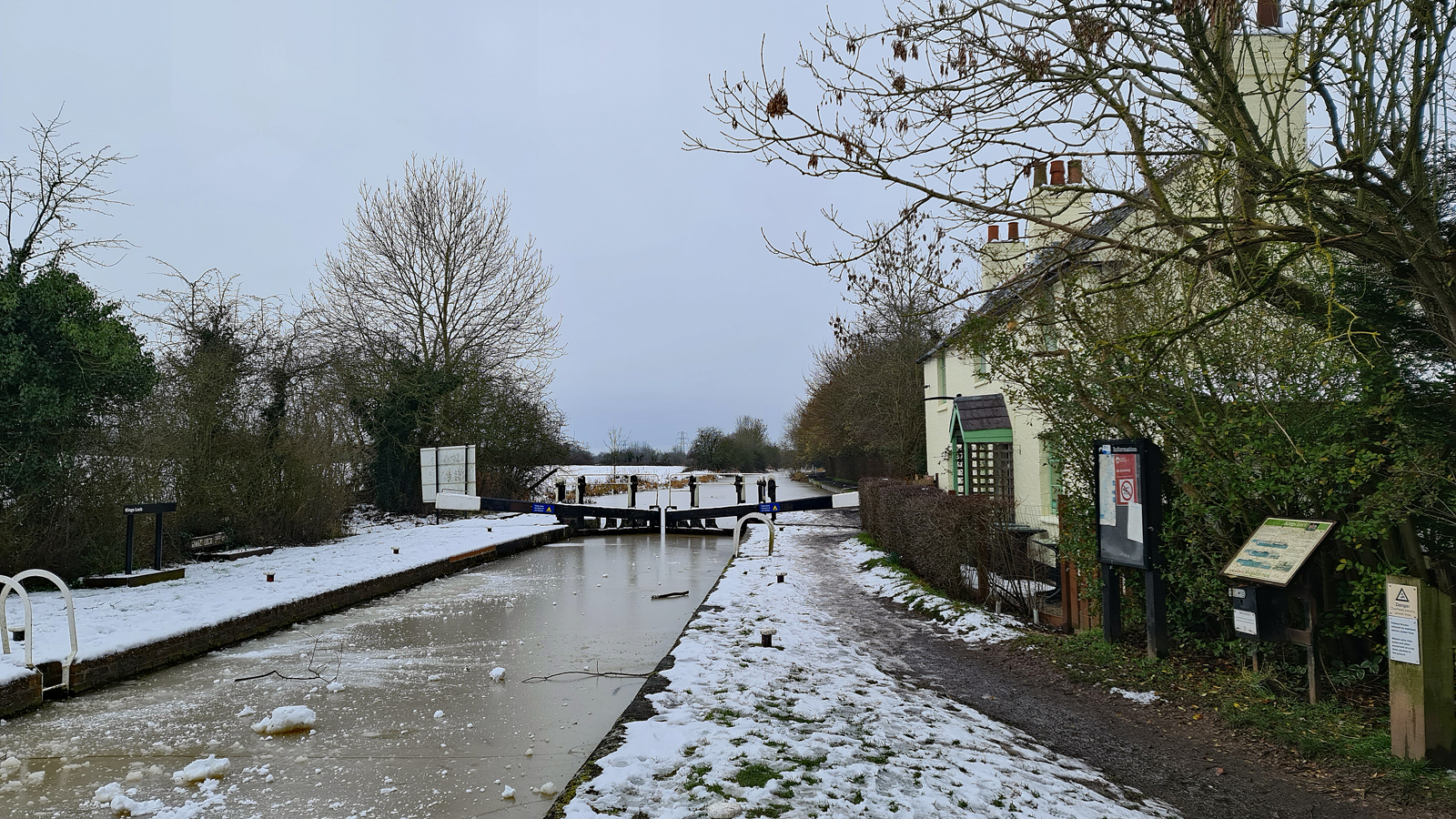 This is bridge allows access across the western side of Aylestone Meadows, an area I'll have a good look around later in the year. The bridge goes over the River Soar, which then joins the Grand Union Canal. It was amazing how the canal was frozen over to the south of this point and rapidly changed to free-flowing after the convergence. 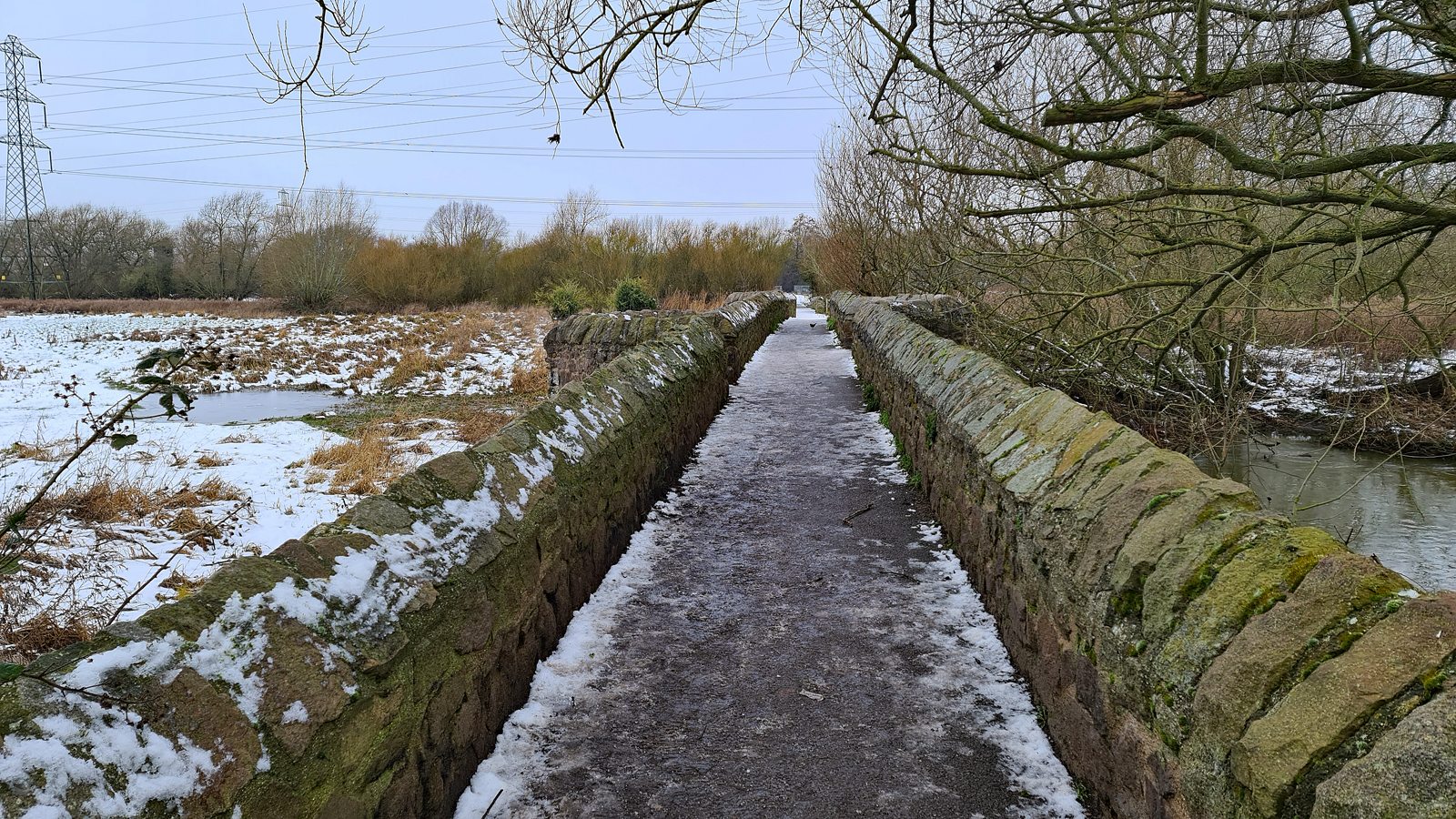 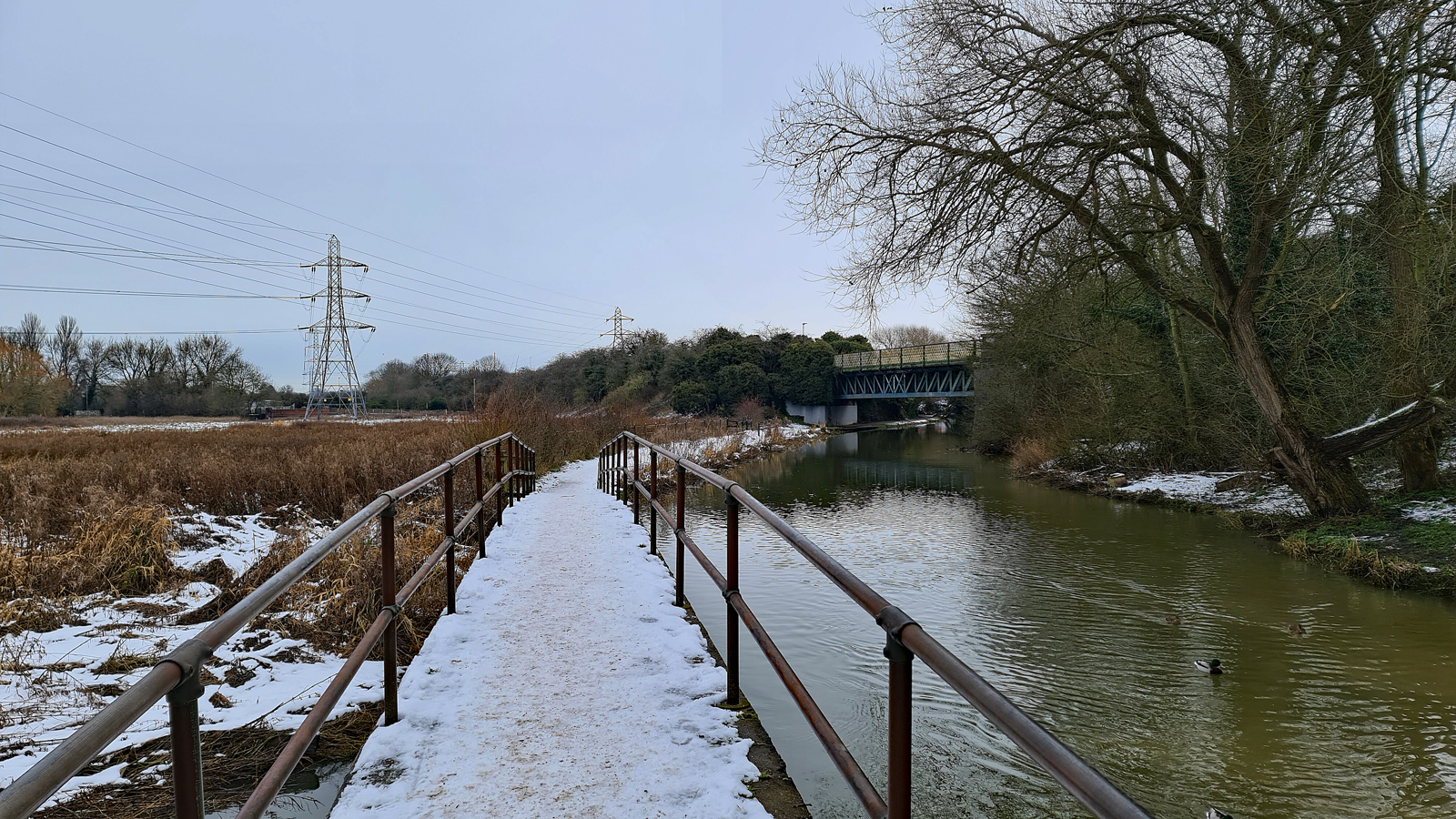 A bit further on was a very confiding drake Goosander, which was very nice but also helps to show how shocking the light was - a cracking subtle bird made to look monochrome .... 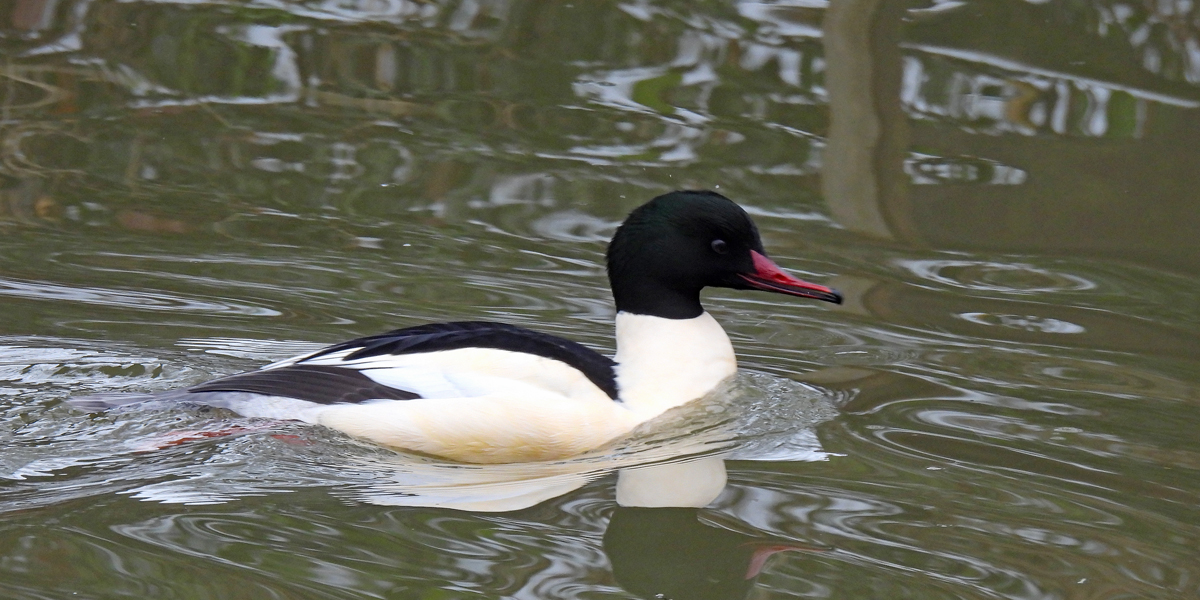 By the time I got back to the car I'd been walking for c3hrs. It's not a massive distance walked, but it's the furthest I've done so far and I was feeling it where I'm still healing up. Not a drop of rain all the time I was out, but just a few minutes after arriving home the first drops came although that soon stopped and we've just had a drab day with occasional drizzle.
Nothing like the drizzle at the end of this quirky vid ....
Posted by Skev at 22:31

This is another of my walks, usually join the canal where the new wooden bridge gives access to Everards Meadows but the bridge over the canal was closed for repair when I went the other day! Did you get the Stonechats at the Soar Valley road bridge area?

Was aware of the Stonechats but no sign of them yesterday morning. Saw the bridge was closed that you mention, I suppose using the lock gates instead is a precarious option!