I nipped to Croft Hill this evening after work, mainly to have a potter around the stands of Aspen and see if I could find anything interesting. This mainly involves staring at leaves, looking for differences in the standard vein-on-green patterns. 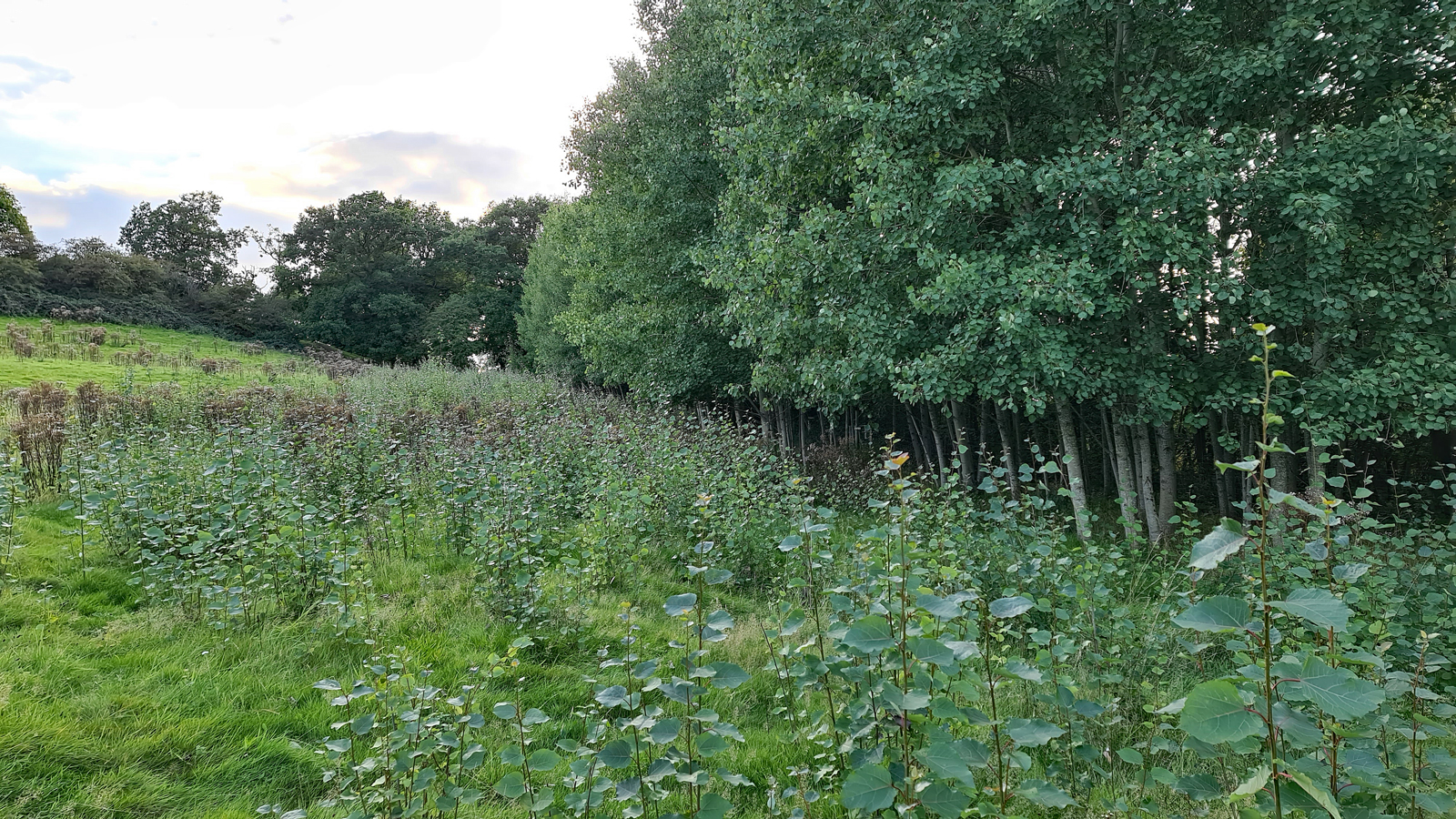 If I want an Aspen tree in the garden, I'll borrow one from the thousands of self-set saplings here

Particularly on the saplings in one area, there were 100s of flea beetles - I've potted a few and there are at least three species but one is absolutely tiny (c1mm) so may be out of my microscopic reach. I also found a number of dipteran leaf mines which I may try and photograph another day, plus some new galls and a leaf rust .... 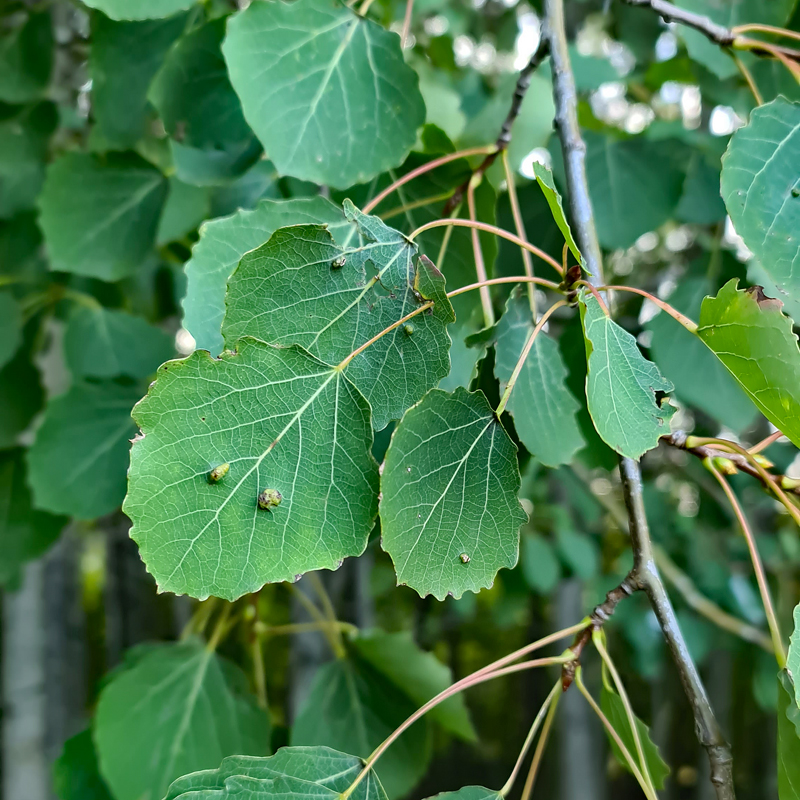 This gall on Aspen is caused by a mite - Phyllocoptes populi 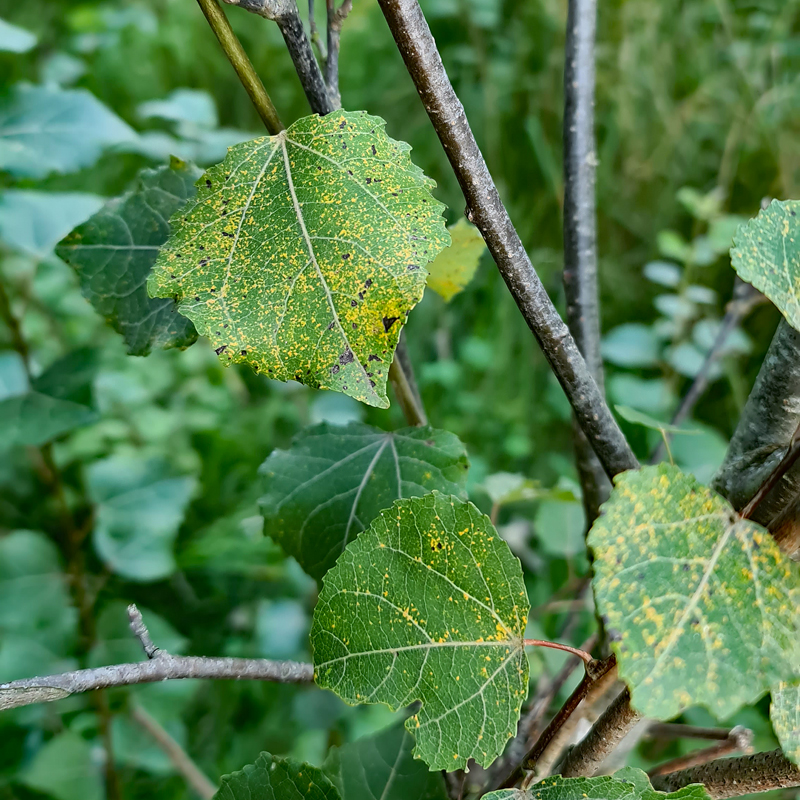 BioInfo points to Melampsora populnea for this rust on Aspen

I also noted a load of rusty spots on one oak in particular .... 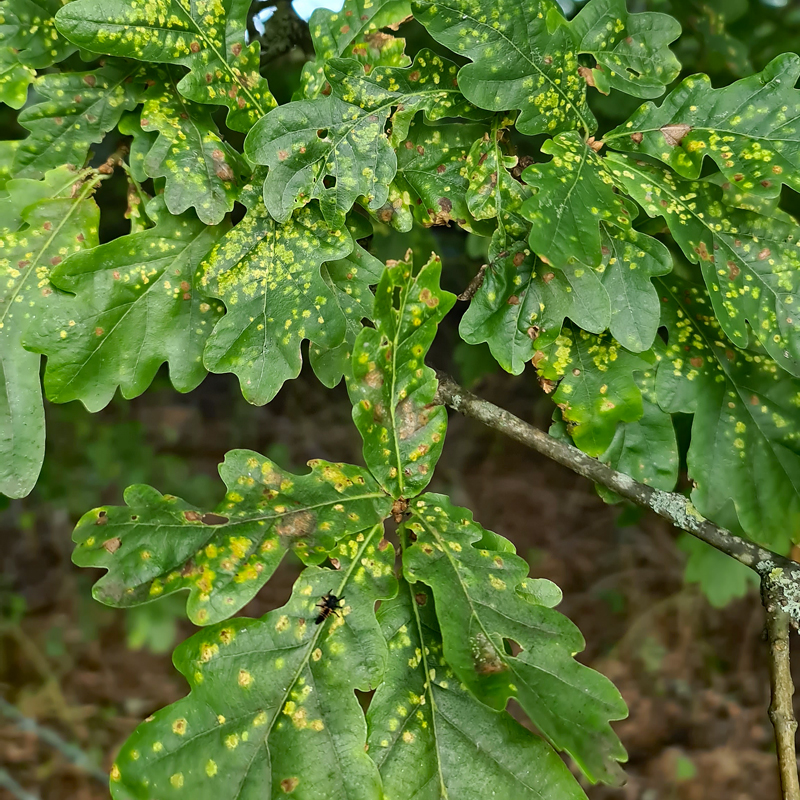 All things being equal this is Septoria quercicola 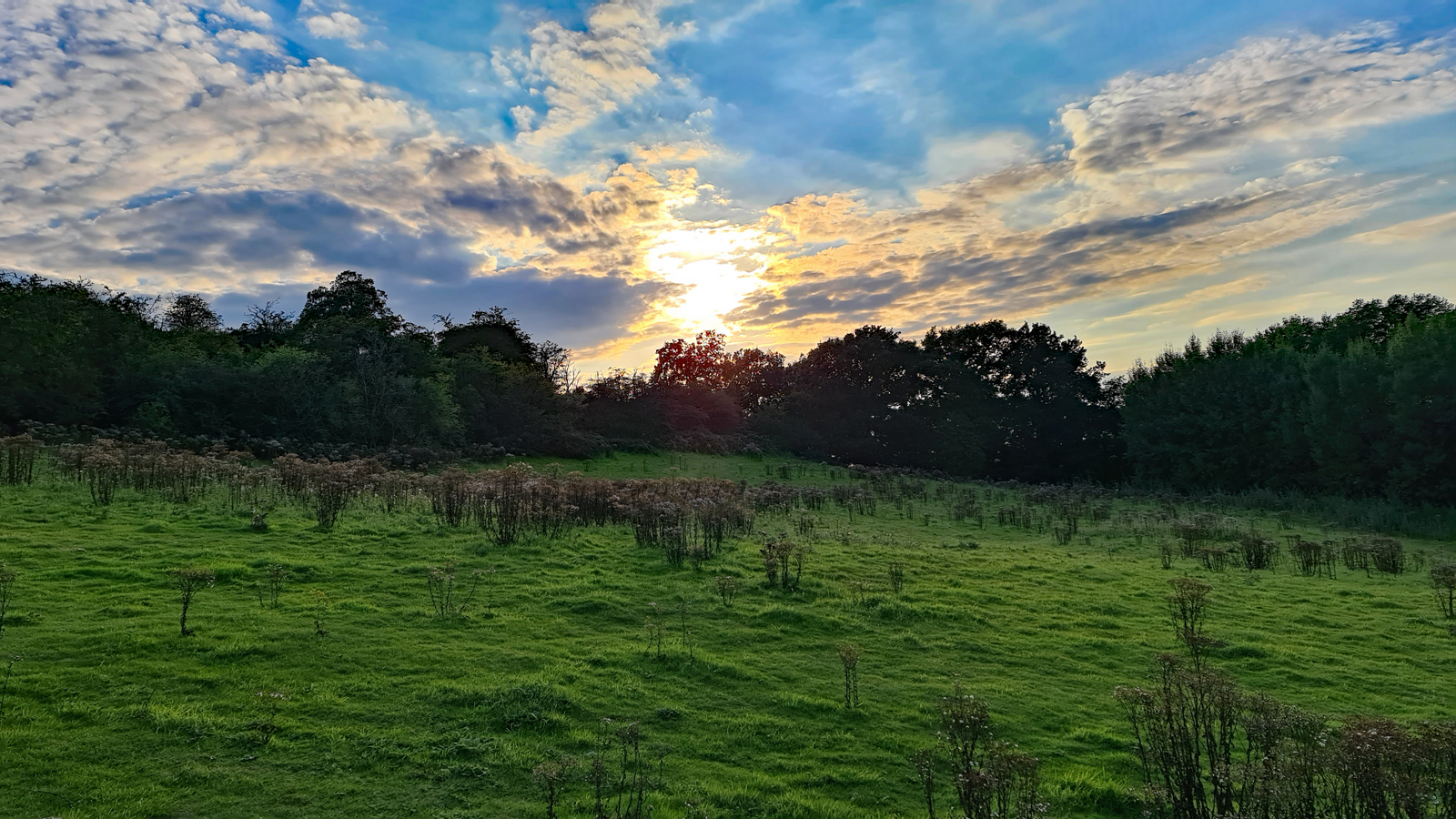 The moth trap is out tonight for the first time in over a week. I also think some sugaring later in the week will be worth trying. I would also like to get a look at some flowering ivy one day soon - there has to be Colletes hederae around here by now.