I Found That Essence Rare

On Monday evening whilst down the lane looking for Chrysoesthia drurella mines, I also found a load of microfungi on leaves of what I thought was Spear-leaved Orache. Trouble is the plant was a low-growing thing on a roadside verge with no flowering spikes, but leaf shape looked right. Using Bio Info I found a couple of potential candidates and speculatively suggested one to a local expert - Septoria chenopodii. It soon became clear that this was unlikely, given that it hasn't been recorded in VC55 previously and seems poorly known/recorded in the UK.

Samples were duly sent which confirmed that I was wrong. Shame. But there was an identification and I wasn't that far out. Both were coelomycete with dark/black pycnidium, but my samples were a species that can be found on both Spear-leaved Orache and Fat-hen - Ascochyta chenopodii. In essence, this is not quite so rare but still good that I found it.

Post-script! It actually turns out that this is indeed rare, locally at least - a first for VC55.

Looking for leafmines and galls on different ranges of plants in different habitats is proving quite successful. 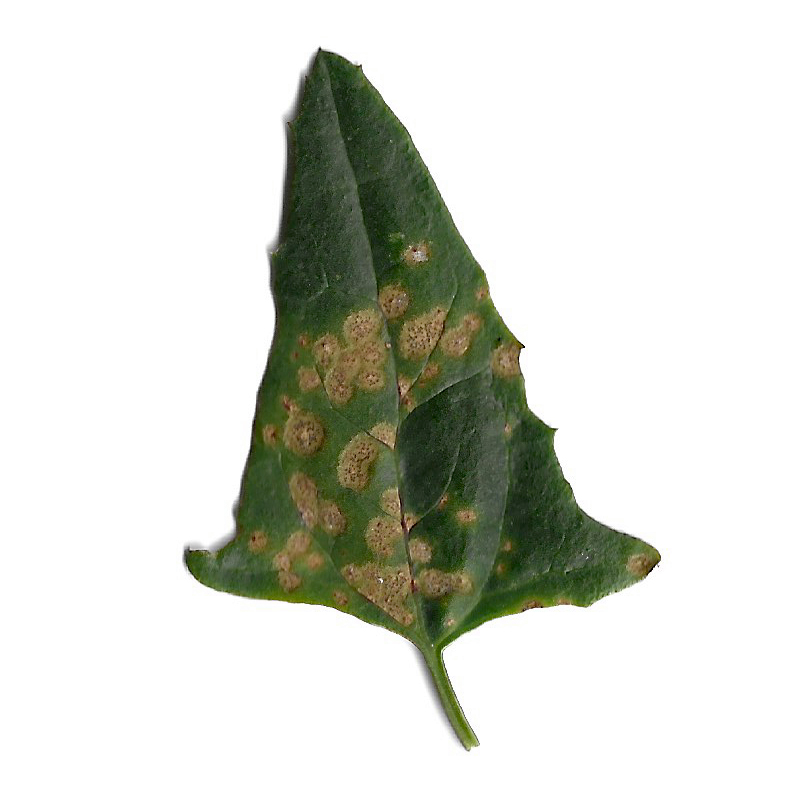 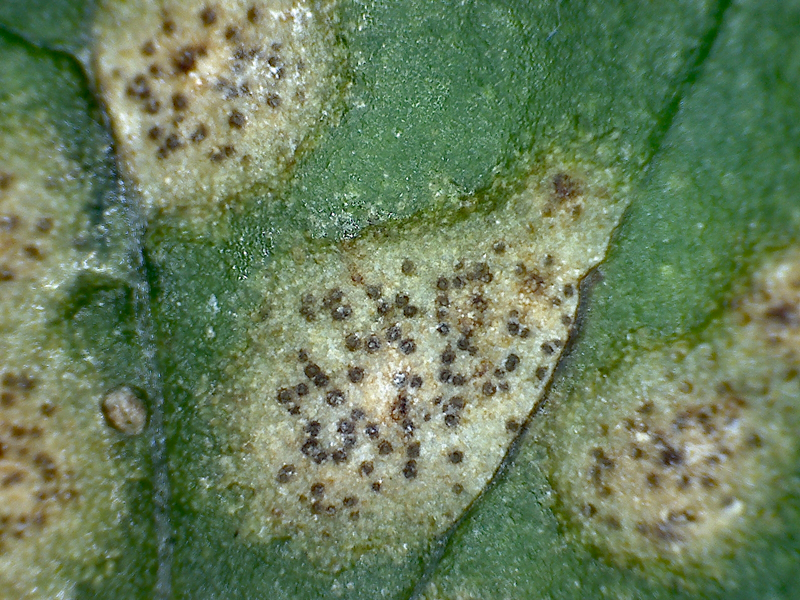 Close view of pycnidium. Spores were confirmed as 20 x 4 microns, cylindrical and rounded at both ends - analysis that is way beyond my microscopic skillset. 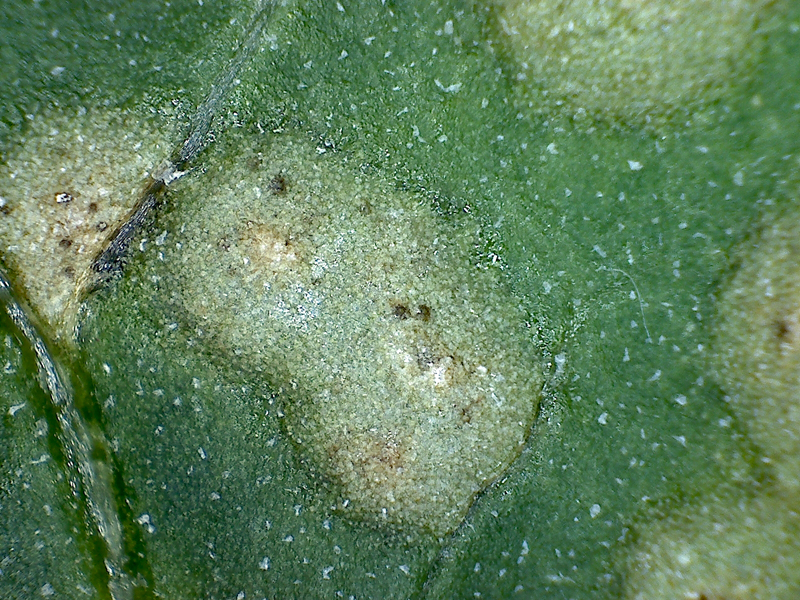 View of the underside of one of the blotches.
Posted by Skev at 23:03

Labels: Ascochyta chenopodii, Down The Lane, Fungi, Gang of Four

See that third book in from the right on your banner pic, that would have gotten you to Fat-hen within the turn of a few pages. It really is a bewilderingly brilliant book.

You mis-typed 'bewilderingly baffling', but I'll have a look. Trouble is the verge got mowed on Tues so the plant no longer exists!

I agree with Skev. I soooo want to love the Vegetative Guide I just lack the skills. It just confuses me.

Ah, so this is actually Fat-hen, despite the general shape of the leaf and based on this image alone, due to the basal part of the leaf where it joins the stem being at a slight angle rather than straight (if you squint enough)?? 'Cuneate' vs 'Hastate'. I'm sure at some point in the far future I'll get on with this book, but it's not the 'silver bullet' I was hoping for and - if anything - it puts me off. I've got plenty to do before I need to commit another seven-page glossary to memory. But I will remember that difference next time I'm looking.