Nipped out the afternoon for a walk along another disused railway line not too far from home, this one running between Enderby (not far from the Quarry I used to moth-trap regularly) and Narborough. It's called the Whistle Way, apparently. I completely ignored Government advise about gathering in social groups of six and opted for an anti-social group of one. 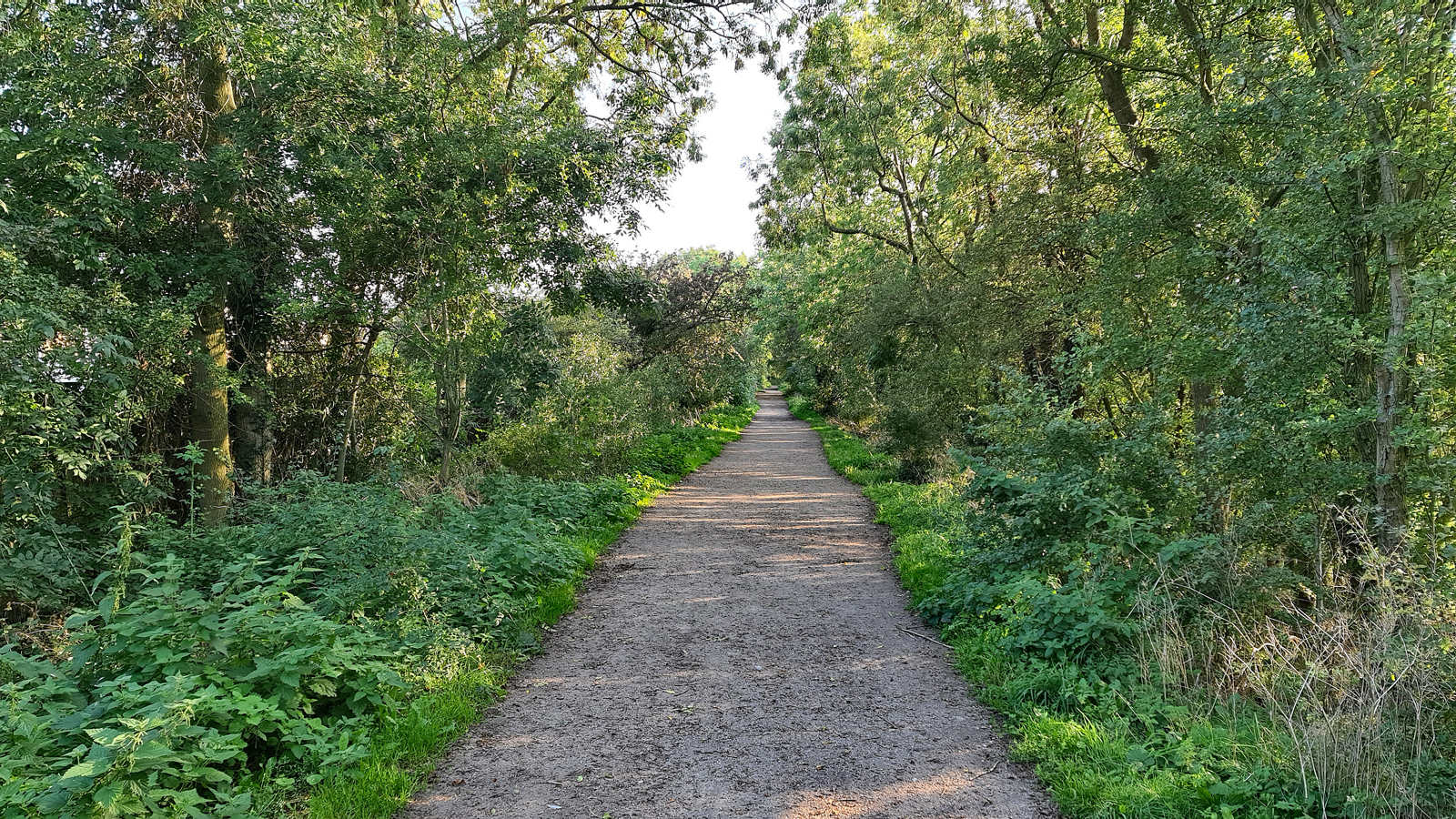 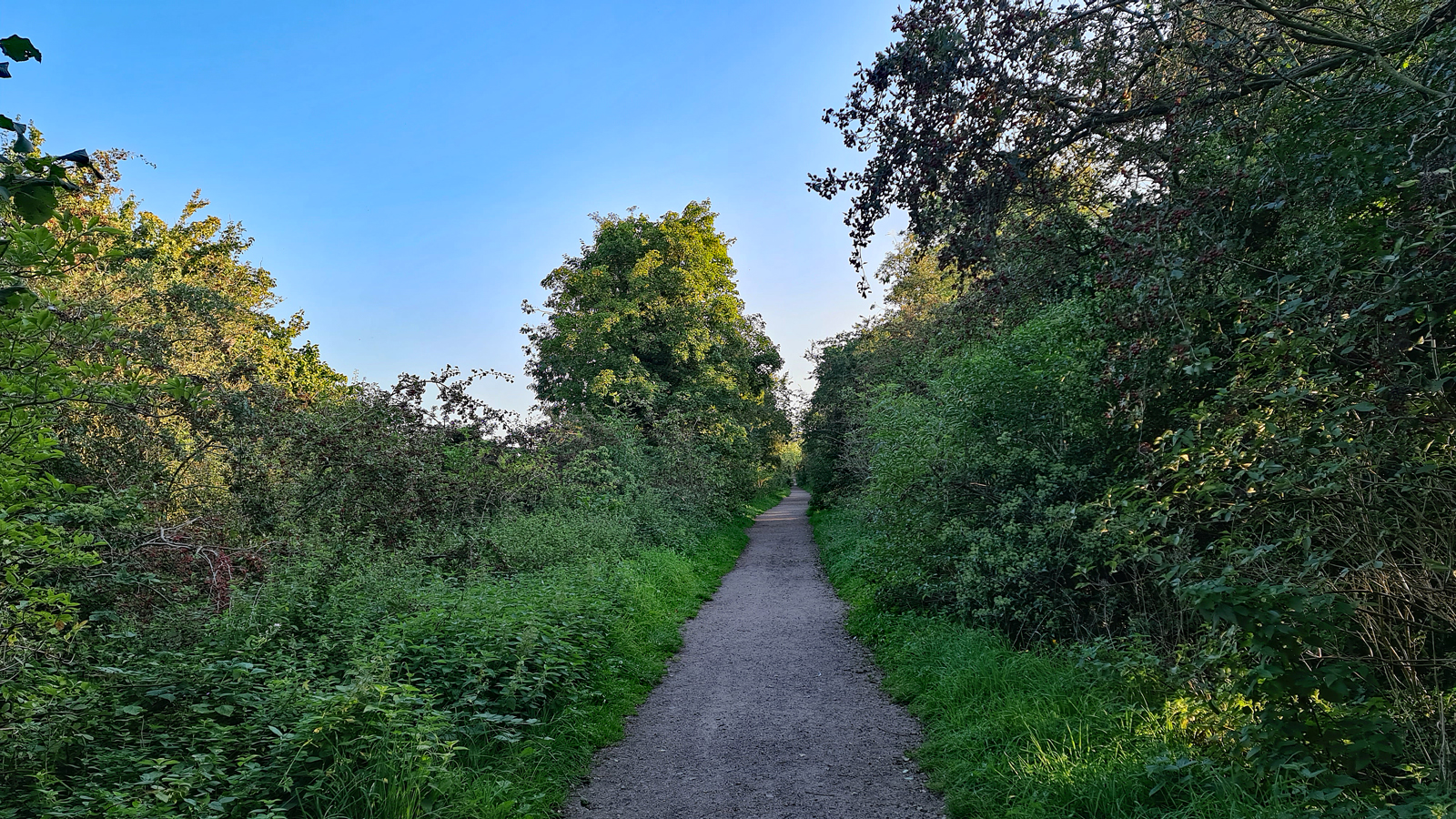 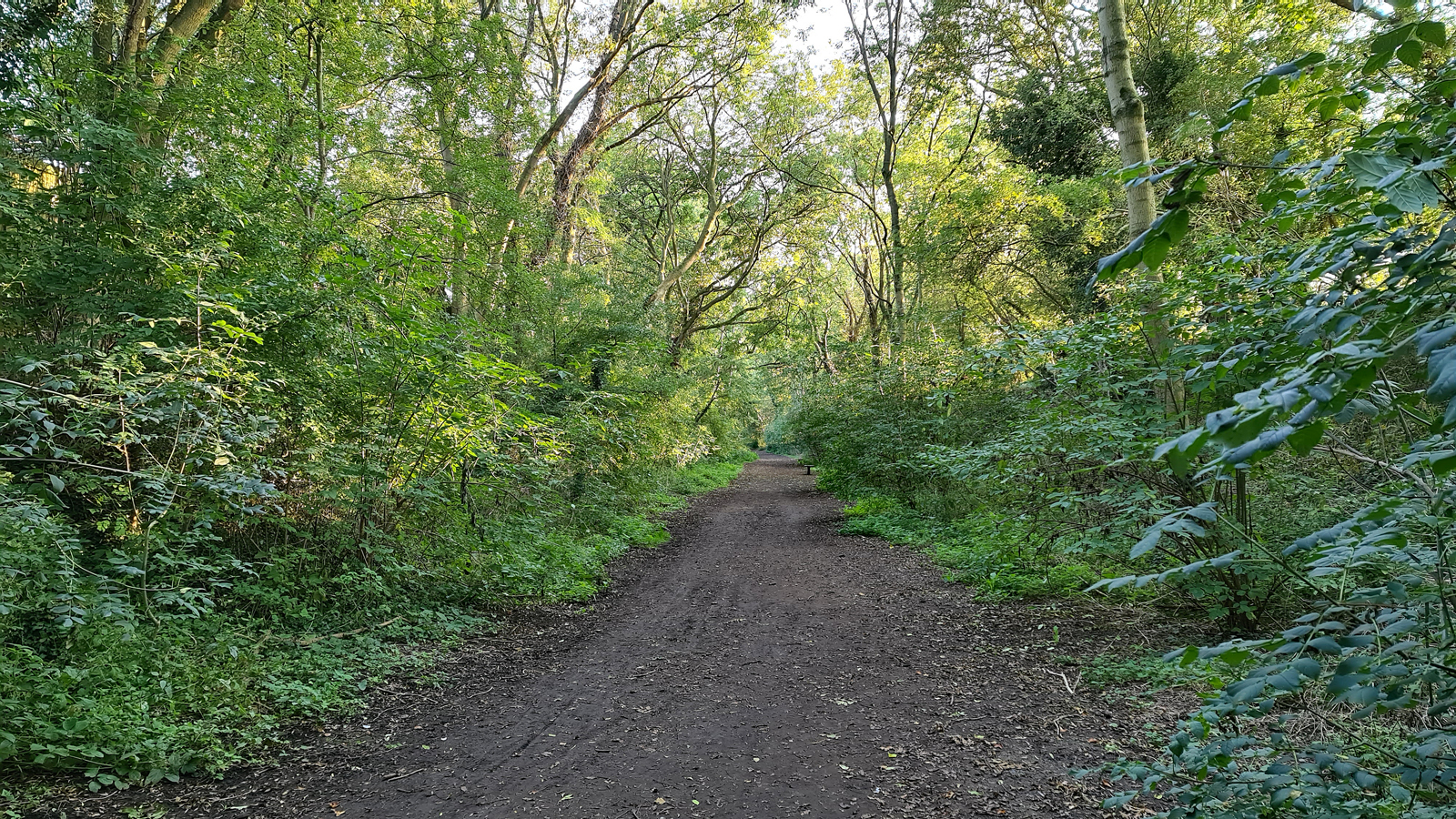 My intent was to look for leaf mines. In particular, I was following up a recent leaf mine record of Incurvaria pectinea which is extremely rare in VC55 (no records since c1955 as far as I know, despite an abundance of all potential foodplants inc. Hazel and active leaf mine recording for decades). I had absolutely no joy on that score, and interestingly there was very little Hazel and Birch present. There was however an abundance of other trees and shrubs, including Field Maple, Elder, hawthorn, Prunus spp., Rosa spp., oak and Ash. Plenty to look at then. In particular, I had a good look at the Field Maple, looking for one that had so far eluded me despite searching over the last few weeks. And scored! 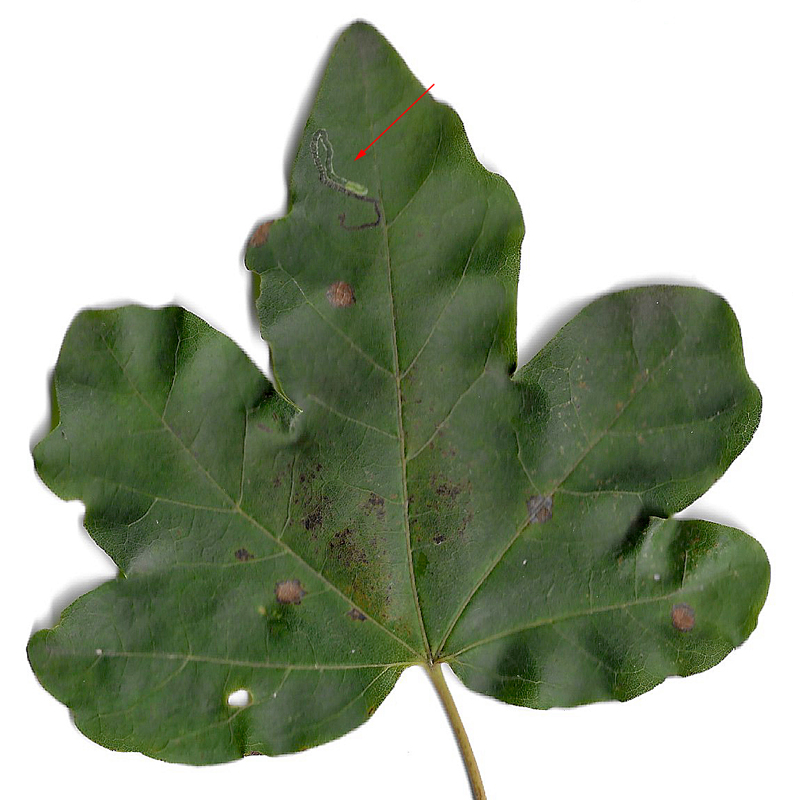 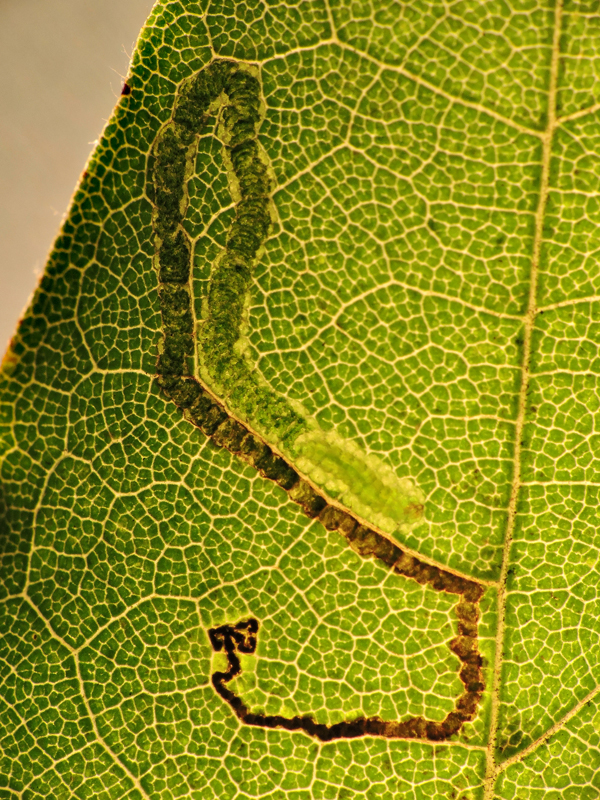 I also found a lot of the same mine on Elder, a messy looking blotch that appeared to be dipteran. It was. 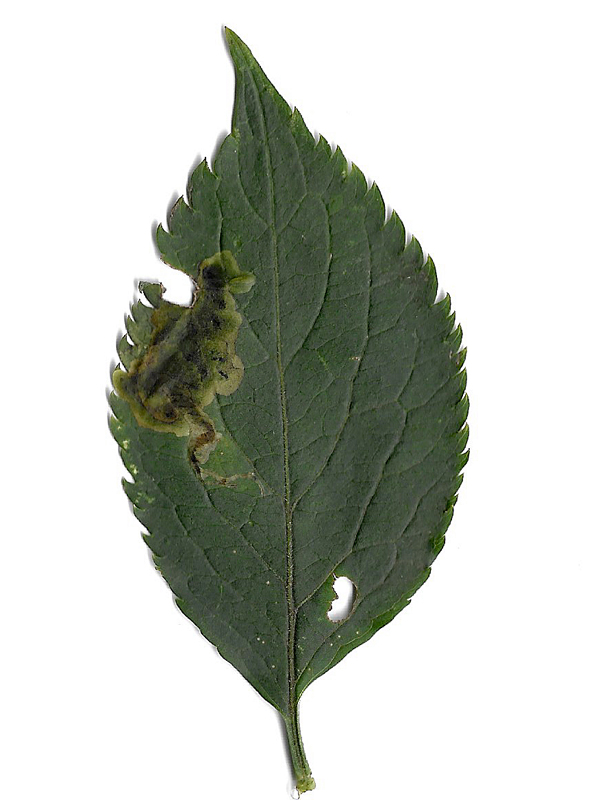 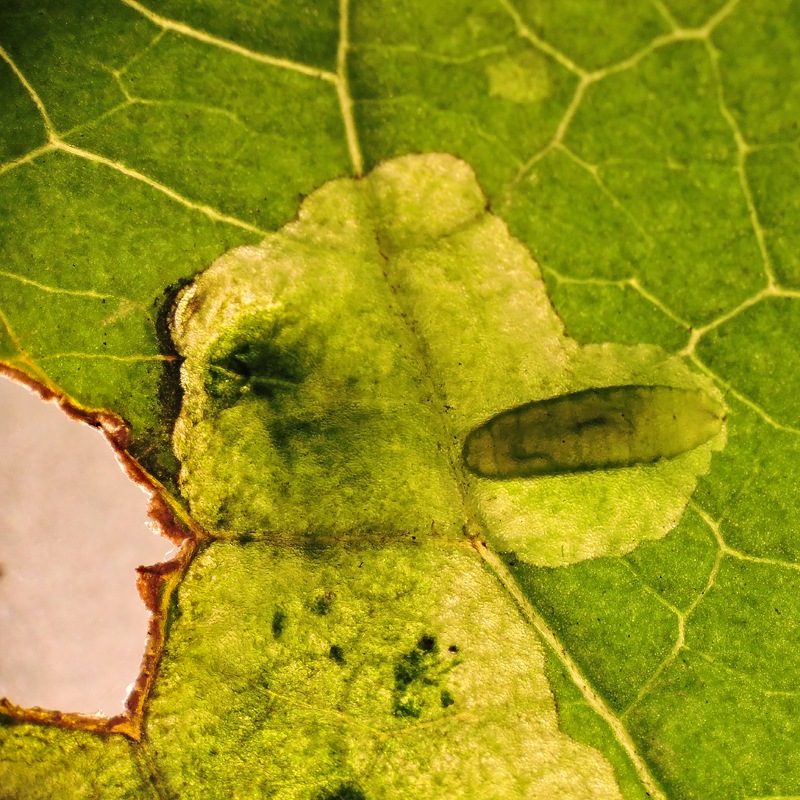 
Another dipteran mine was not new, this one on White Dead-nettle .... 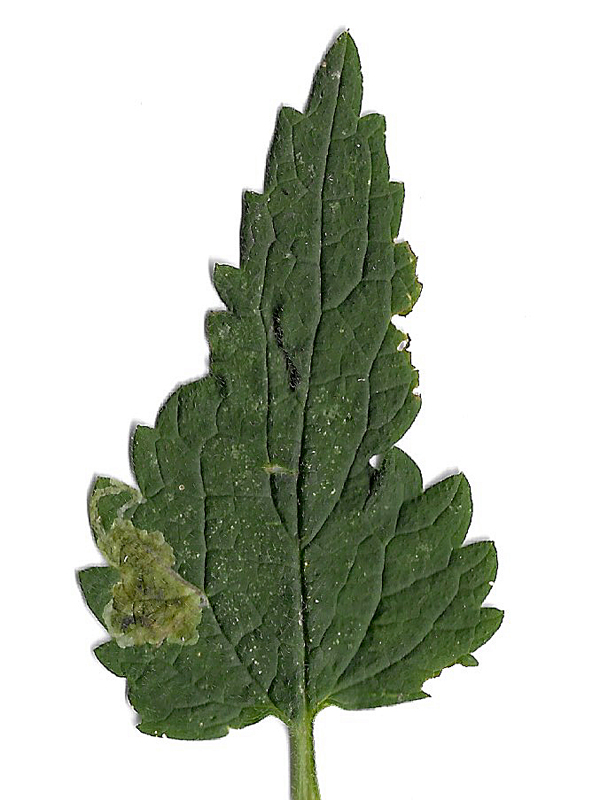 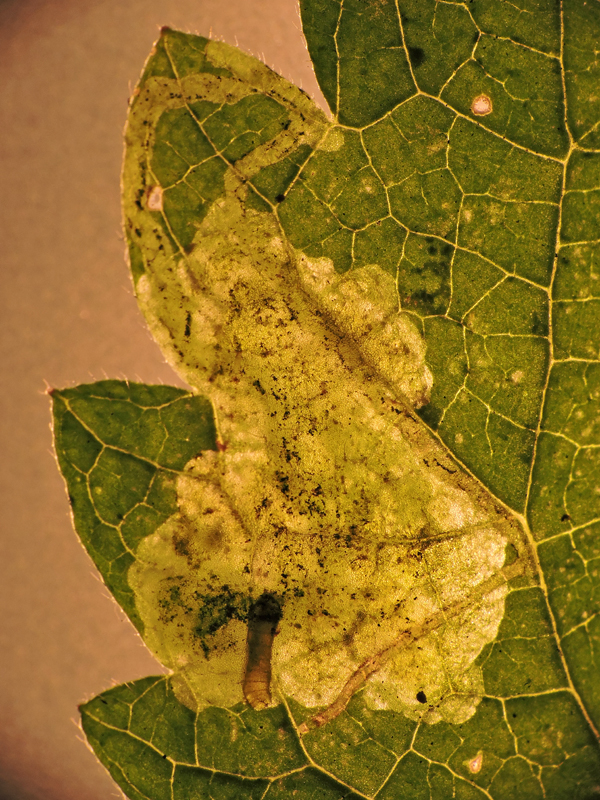 Whilst looking for leaf mines, there is always a chance of finding more obvious larvae .... 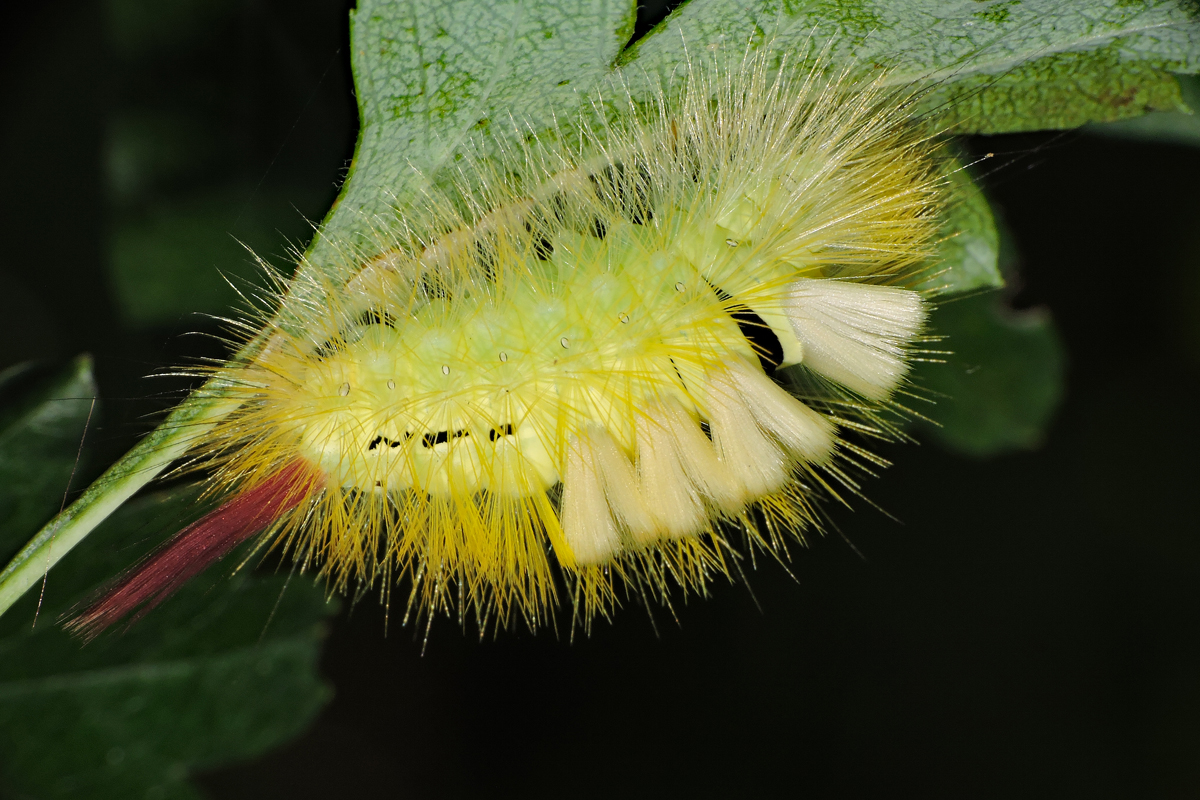