When it comes to birding, gulls - especially large gulls - are an acquired taste. I don't think I've ever acquired the taste for them really, and yet like a gullible fool I will time and again point the camera at some skanky looking delinquent and mull over the ID. This evening whilst trawling through some holiday photos for some nostalgia, I noted a few gulls that have not had an airing before - including a couple that I'm not entirely convinced as to what they are.

I'll start with a relatively easy and attractive one, one that I would happily name immediately in the field if I saw it in the UK (as I have done several times before) .... 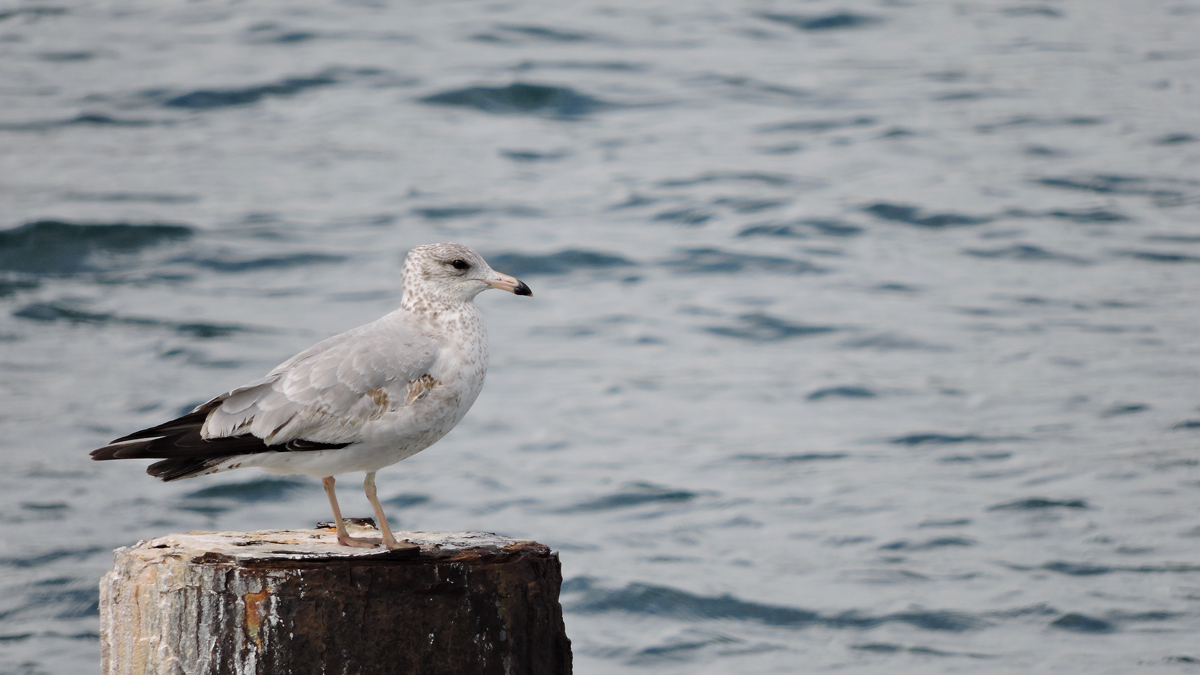 With those bubble-gum pink legs, all-dark primaries and the odd dark scapular, I think this has to be a first winter / first calendar year bird.

This next one is a juvenile Yellow-legged Gull. 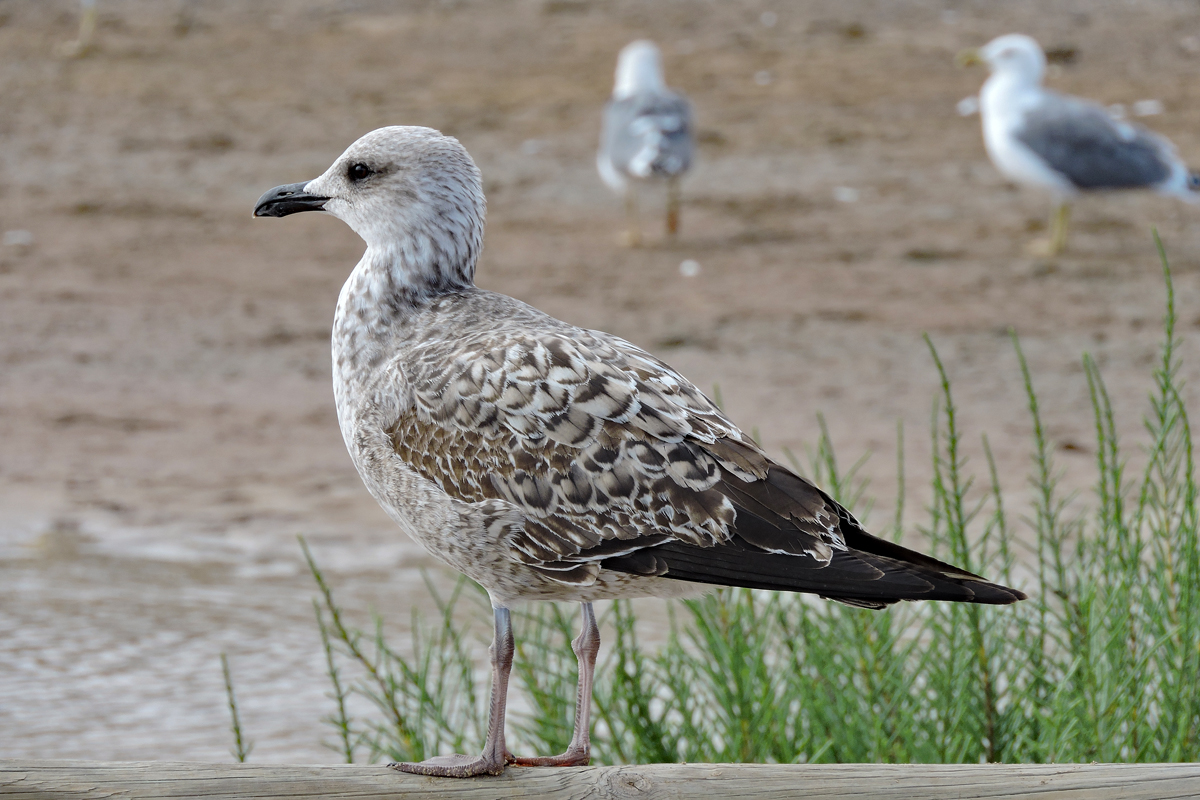 Same place, same day - a more advanced Yellow-legged. But with that bill colouration I'm sure it's not a full adult. Third-winter / third calendar year? 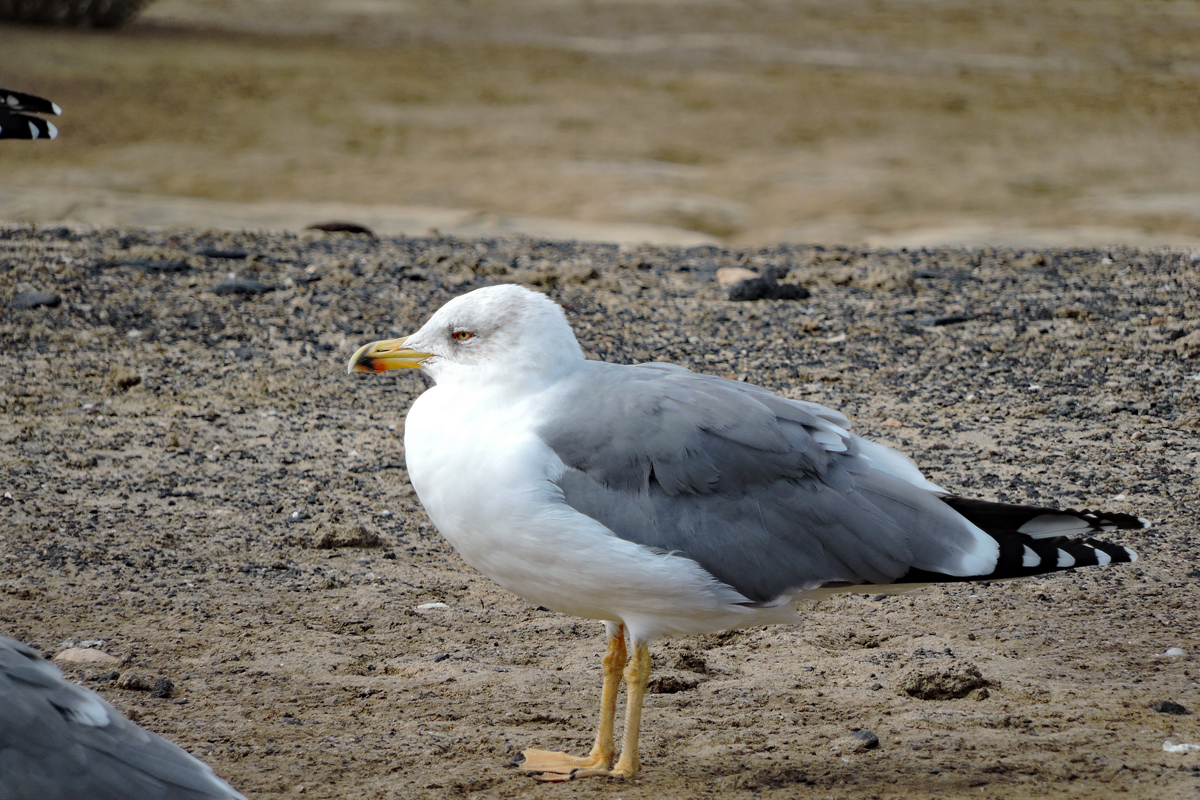 I then found this pair of much less attractive monsters, both from Casablanca on 21/10/2014. 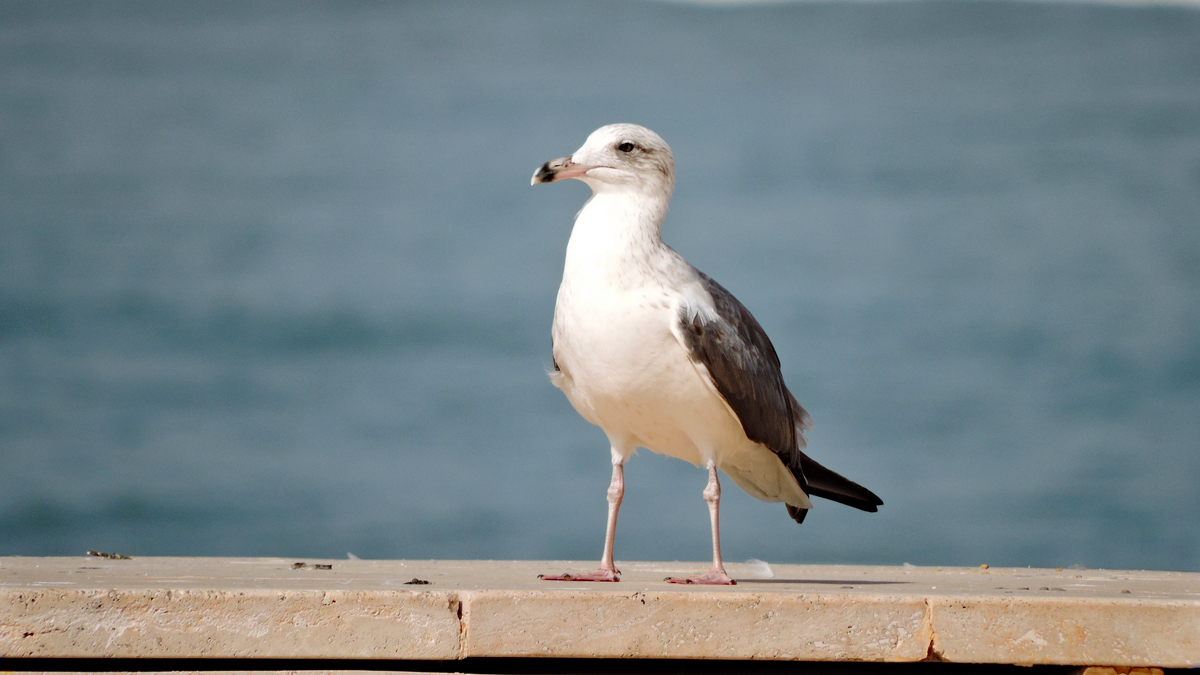 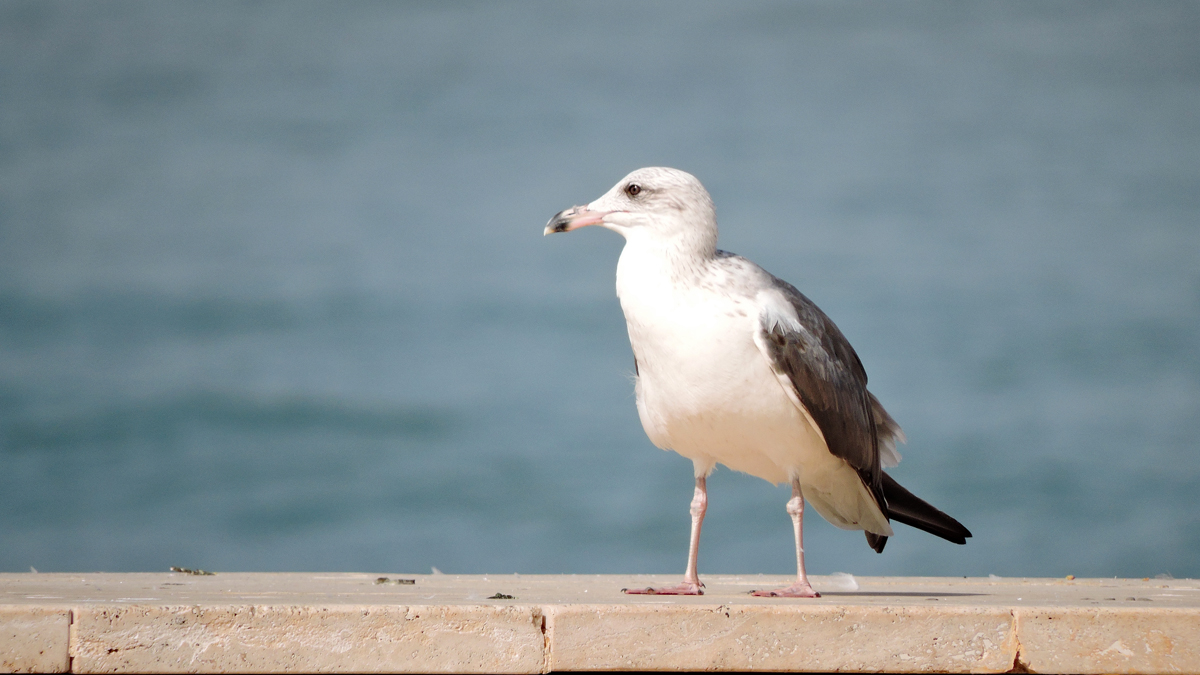 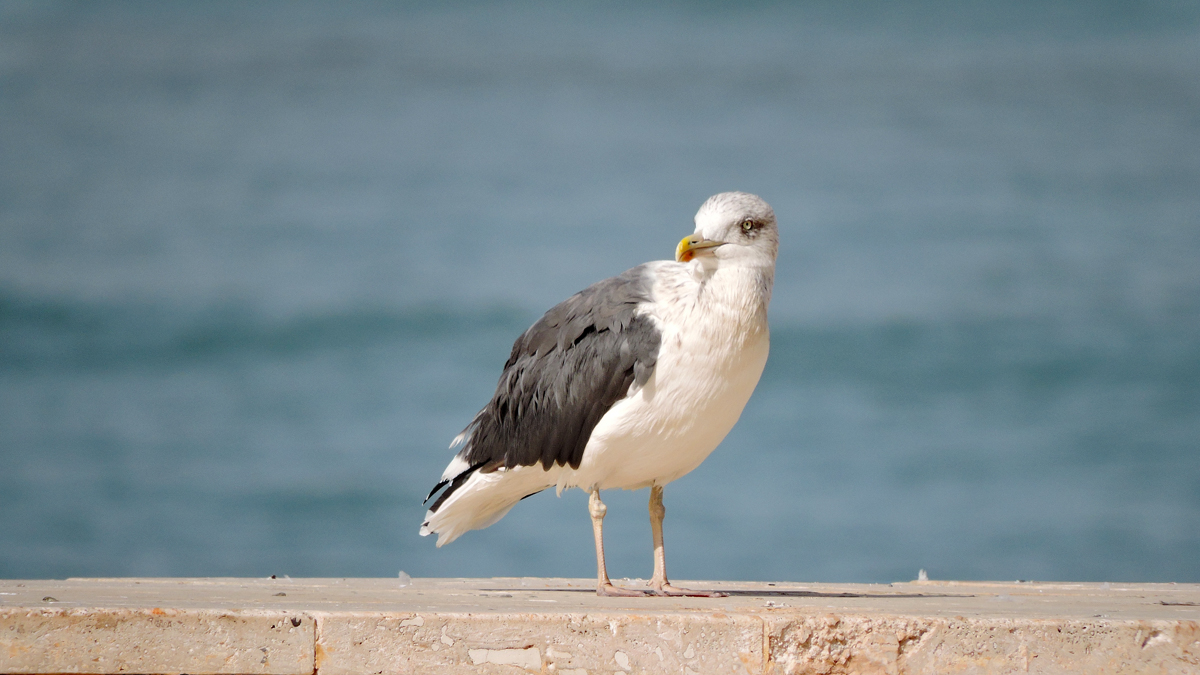 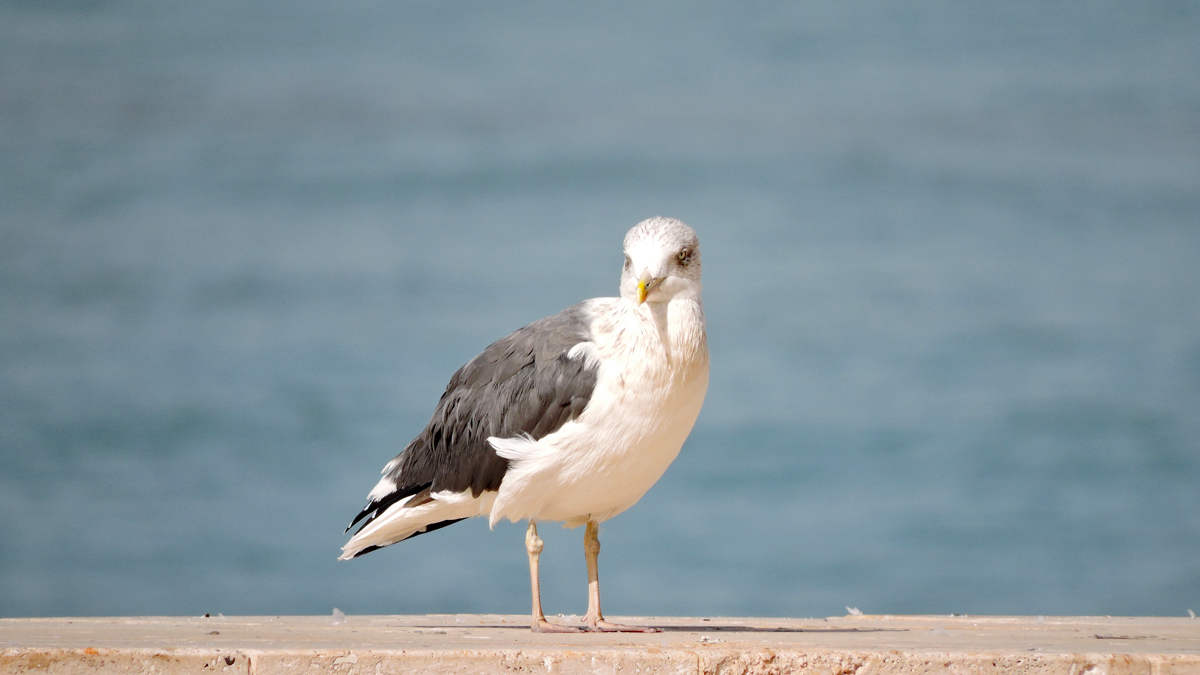 By Christ these are ugly. I'm sure they're the same species, but hazarding a guess at the ages of them is no more straightforward than naming the species - perhaps second and third calendar year birds. Given the location and season, I'd assume Lesser Black-backed Gulls that are in less than peak condition, but they almost look too long-nosed and upright somehow.

Looking back at these has certainly not inspired me to go and start suffering the gull roosts that will be building through the autumn and winter. Galls and leaf mines are surely easier to decipher.