This morning was mild, calm and dry (well, not raining but still damp underfoot). It was also very grey. Still, despite this I had an urge to take a stroll down the lane towards the PYO and around the Countesthorpe Meadow with my bins at hand. It was too grey to bother trying to photograph anything, other than the lanes I walked, and it seems appropriate to accentuate the greyness ... 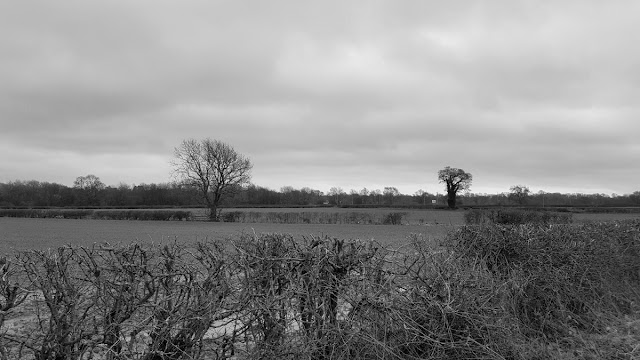 Very pleasant and relaxing it was too. In particular I was pleased to be able to point my glass at Yellowhammers, Jays, Skylarks, Stock Doves, a couple of Great Spotted Woodpeckers and plenty of Redwings and Fieldfares. 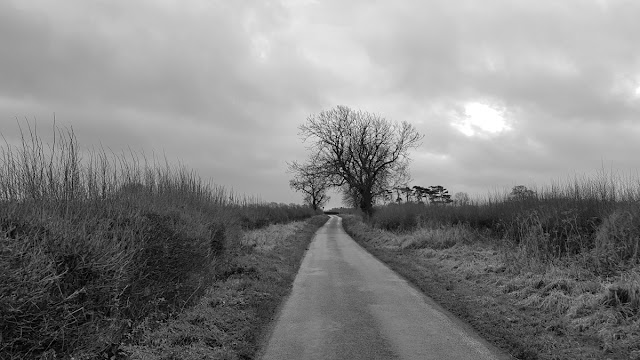 Nothing too exciting, and only 26 species in total but this is pretty sterile arable farmland around here with flailed hedgerows and no stubble. 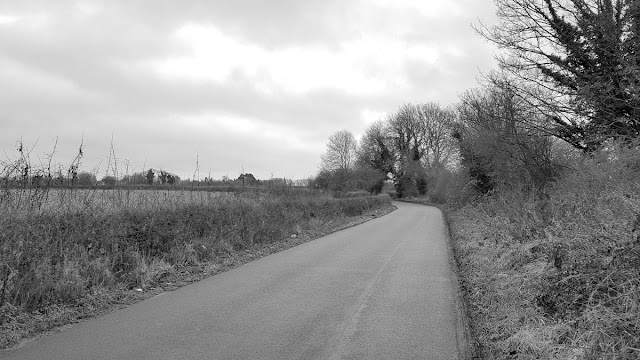 The building works around the back of my housing estate seem to have finished, for now at least, and the service road that was built parallel with the main lane I walk is gone. You'd never know it had been there.

As an anthithesis to the greyness, here's a few more beetles that I've not posted previously from the PSL meet in June 2015. 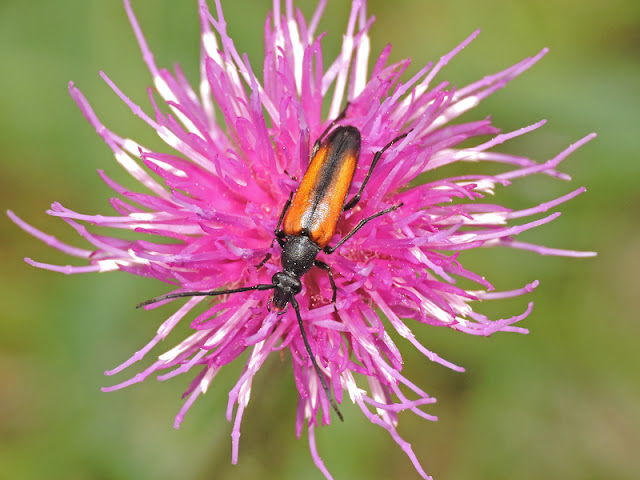 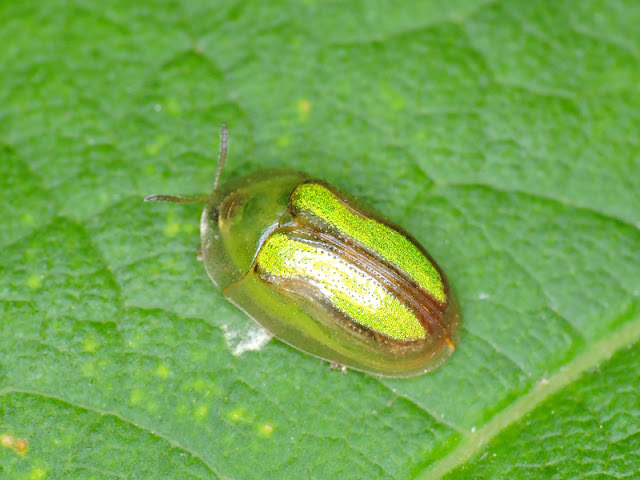 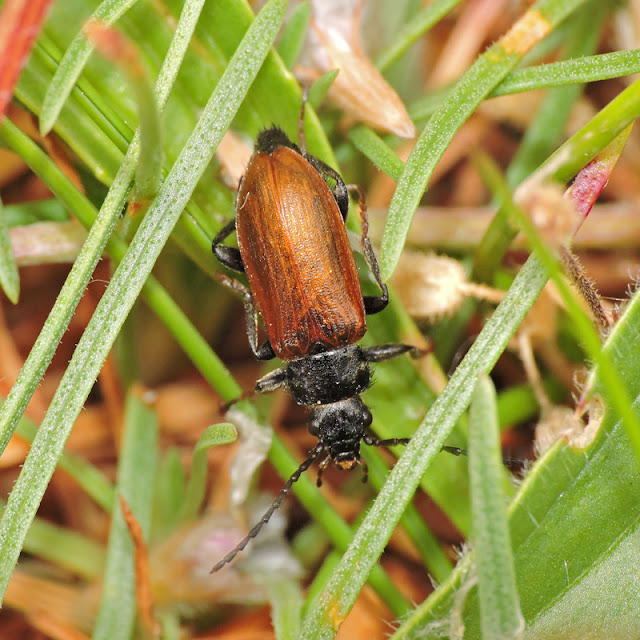 Omophlus pubescens - Ferrybridge, Portland 13/06/2015
This one is a real rarity, and was a key target for the trip. We found several all on the same morning around a relatively small area of Thrift clumps ... appeared to be a brief and co-ordinated emergence. 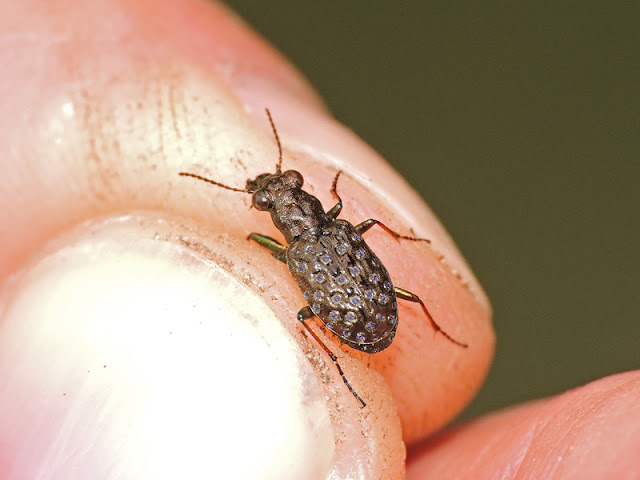 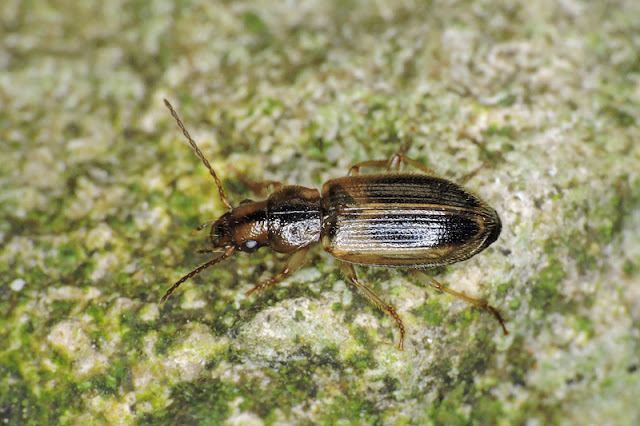 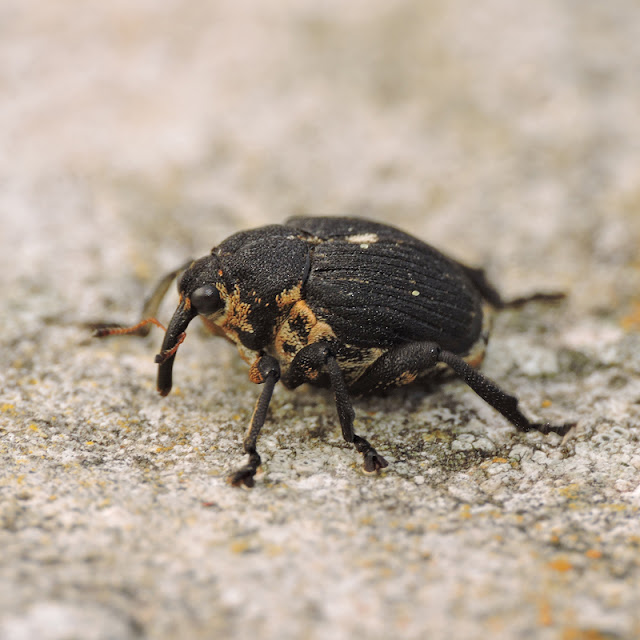 Dicheirotrichus gustavii??? Can't believe you suppressed that from me, mate. I bet it was that Urwin fella told you not to show me, huh? ;)

I'm sure you were dithering about on the foreshore around the same time? There were several of these all over the muddy margins under/on stones etc, and I'm sure I'm not the only one that saw them. Pretty sure I was given an in the field ID by Mark - are you sure you didn't see one!
As for suppression - pah, you're four years too late to notice:
https://www.facebook.com/groups/1550187855270648/search/?query=gustavii&epa=SEARCH_BOX