We have an abundance of pigeons around here. Woodpigeons that is. We have always had much fewer Stock Doves, and Collared Doves are less common then they were a decade ago. Feral Pigeons have never been common around here, unlike in and around the city. Over the years we've been here I have had at least three 'lost' racing pigeons that I can remember hanging around in the garden for a while. At least I am sure that they were racing pigeons on account of their crass stupidity and complete lack of response to an approaching human gesturing at it to feck off.

I've had a day off work today, and this morning I looked into the garden and noted this: 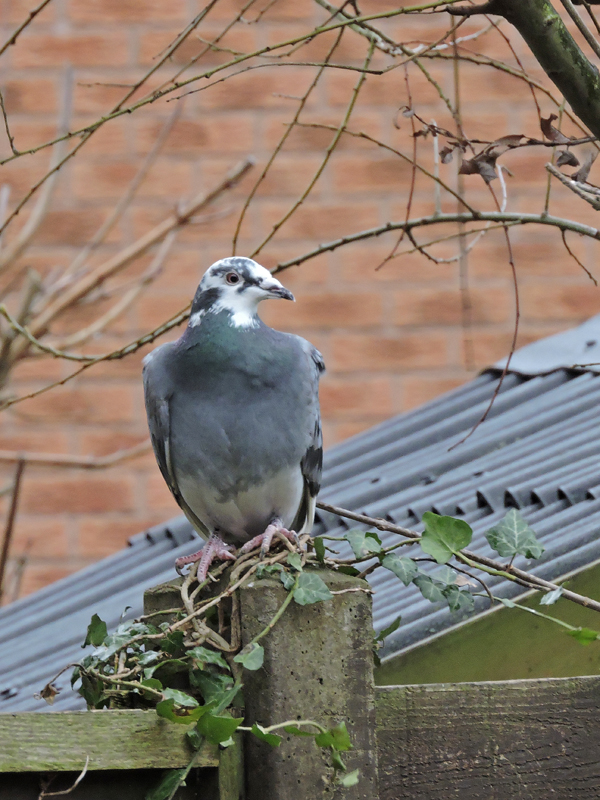 It stayed say there looking gormless whilst I pointed the camera at it. I couldn't see any obvious rings, although it was a bit hunched up. Either way, over an hour later just before I headed off for a relaxing blast around the city to spend money, it was still sat in the same place.

Seems another highly likely racing pigeon. It was gone when I got home in the early afternoon, and I'd like to think that a large female Sparrowhawk was involved ......
Posted by Skev at 17:07