Well, when it's not on a leaf! I'm not sure if nutmines, fruitmines, seedmines etc are valid or accepted terms.

The first one here was found by complete accident during a nice afternoon walk at Fosse Meadows with Nichola. It's one that I have been actively looking for at other times without success. Nichola was pointing out to me some pustule-type galls on Field Maple leaves and asking what they were, and as I went to look I immediately saw this: 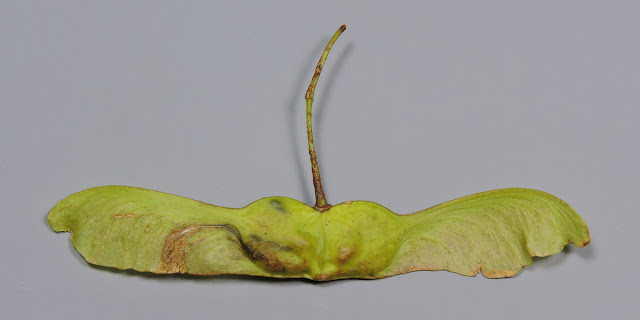 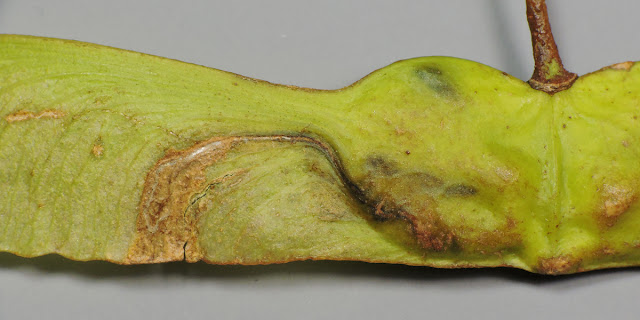 I'm as sure as I can be at this stage that this is the mine of Ectoedemia louisella, which mines from the samara 'wing' into the seed. I promptly set about looking for more, and found none.

Earlier in the day, I went to Croft Hill and actually got my bins out and did some birding for an hour or so. Redstart was the hoped-for target, but no joy on that front. I did find x2 juv Spotted Flycatchers, x2 male and x1 juv Blackcaps, x1 juv Whitethroat and x1 juv Lesser Whitethroat that were all acting like passage birds - all within a small area littered with gorse and hawthorn that forms a sort of 'wall' along side of the hill.

I then set about checking a few trees on the way back to the car for leafmines, and whilst checking an apple tree I found this apple: 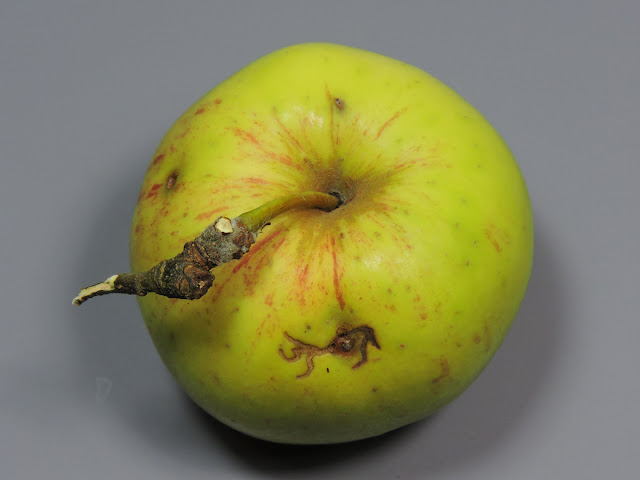 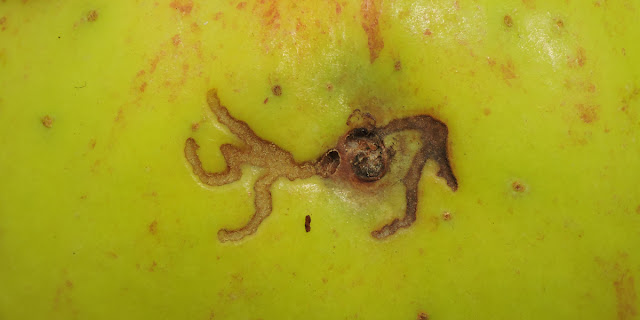 Not sure what caused this - maybe Codling Moth larvae have a nibble on the outside first sometimes, although they actually look a bit dipterous. Nothing revealed when trying to dissect the fruit.

I did find some proper leafmines during the day, including the following. I should say that these are tentative/assumed identifications, though I am quite confident: 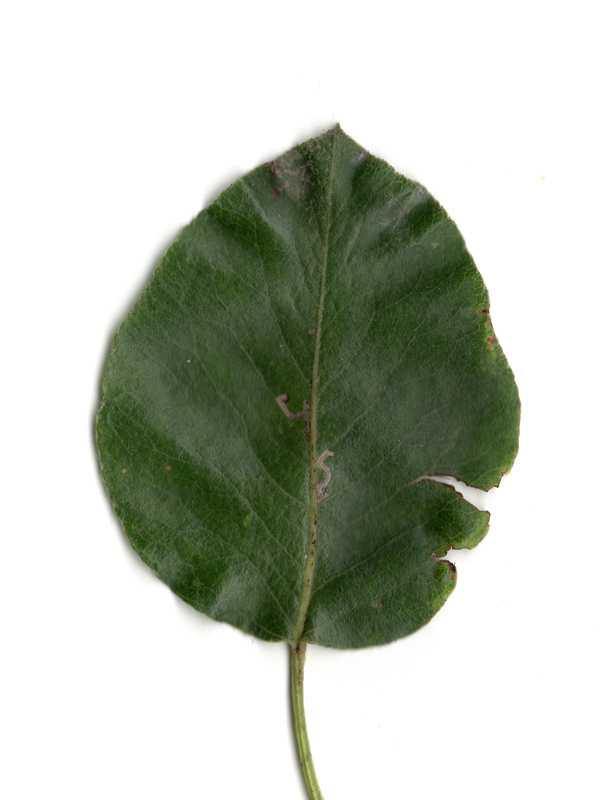 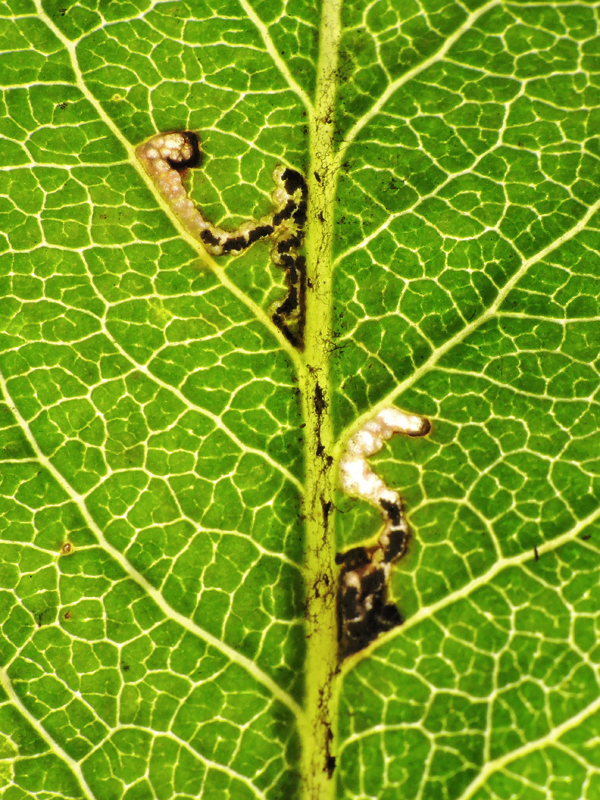 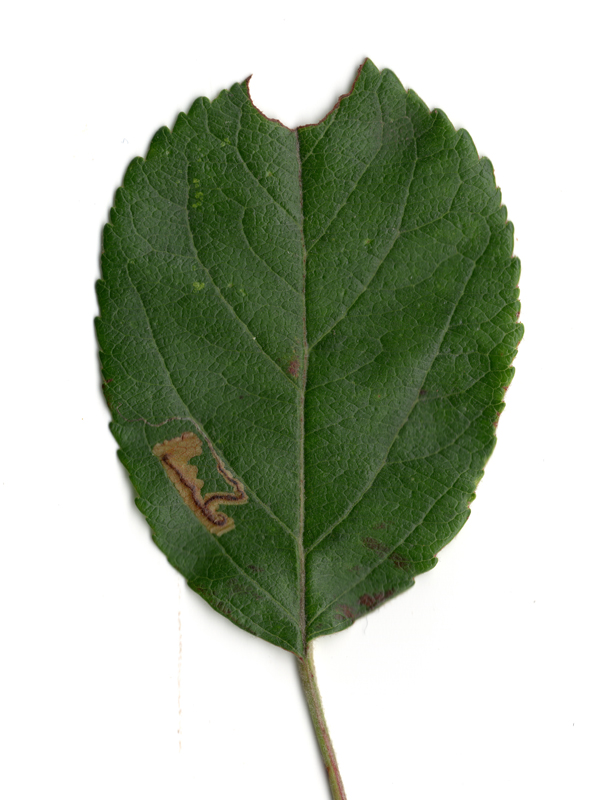 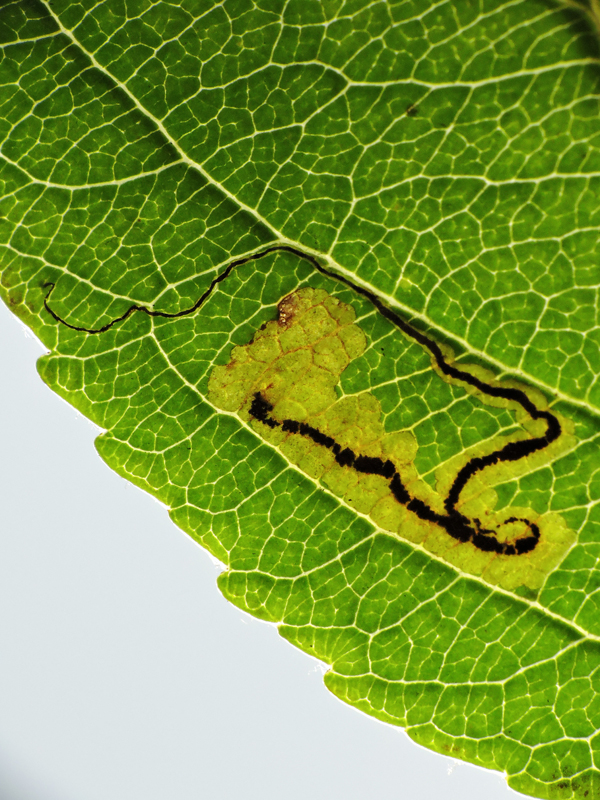 Stigmella malella - vacated mine on apple 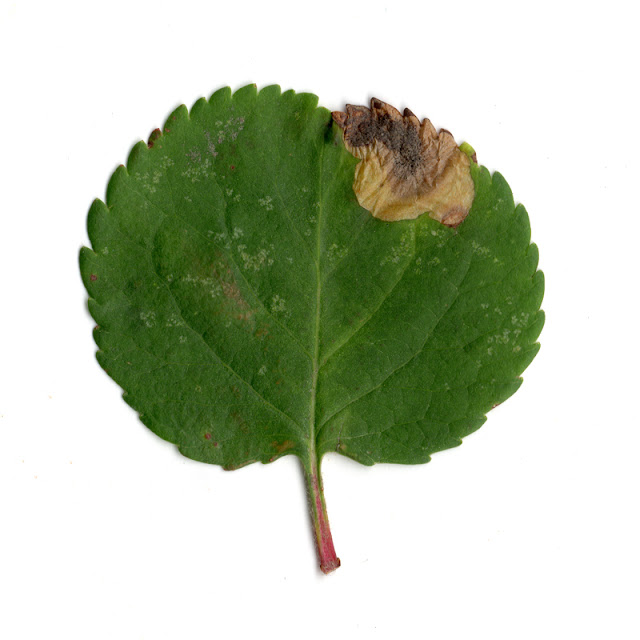 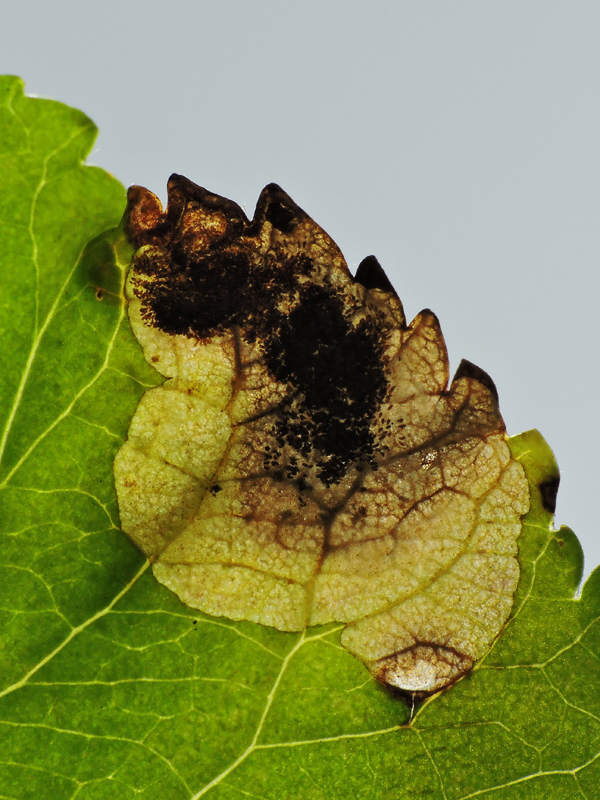 Bohemannia pulverosella - vacated mine on apple. There is actually a very short gallery on this mine, just along the edge of the top two serrations at the top of the blotch. 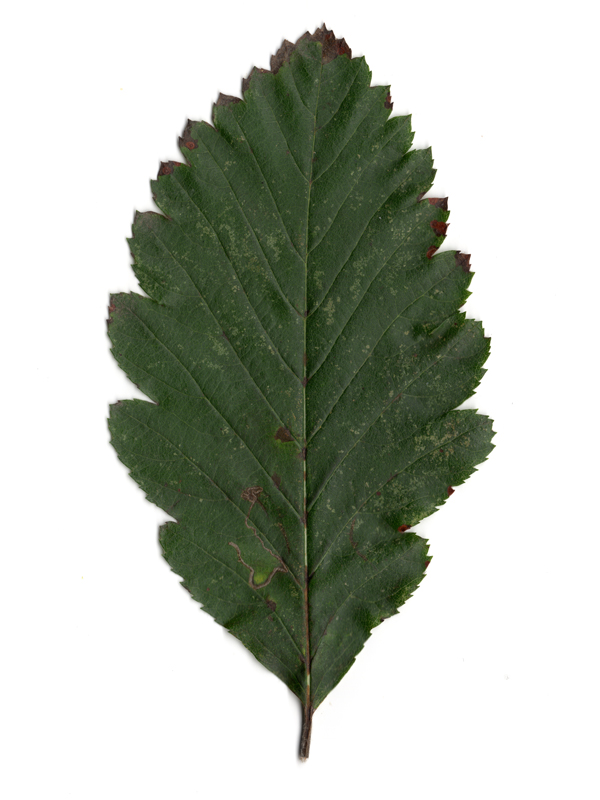 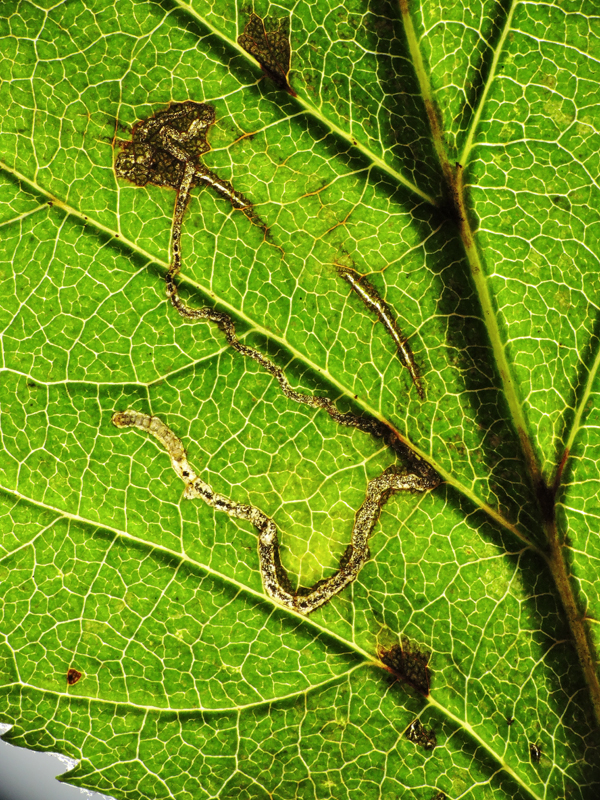 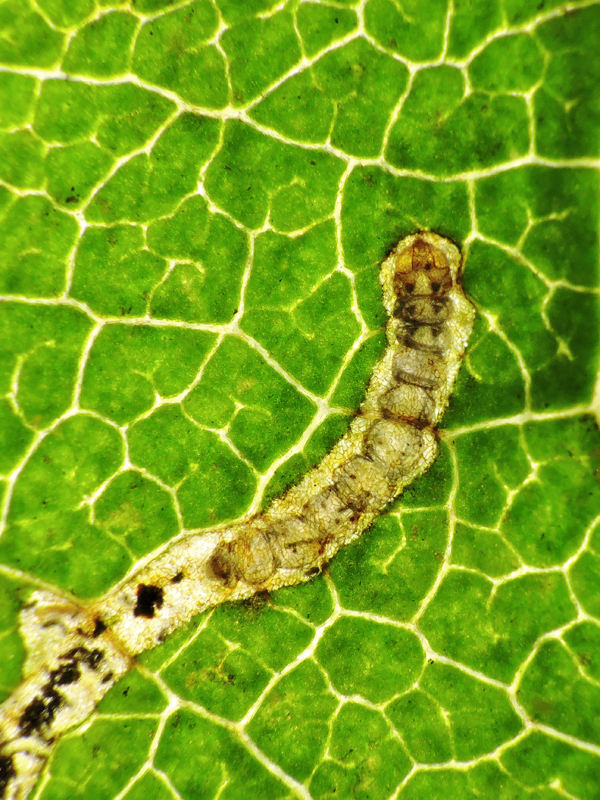 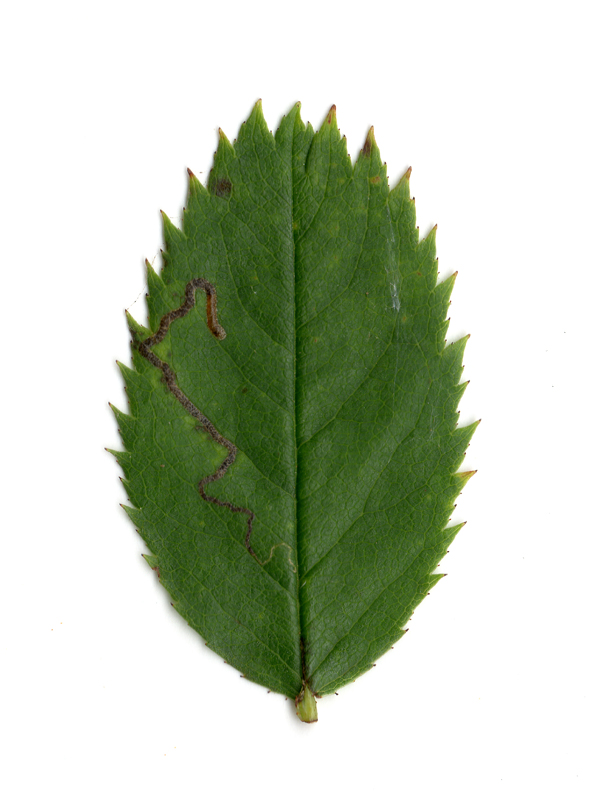 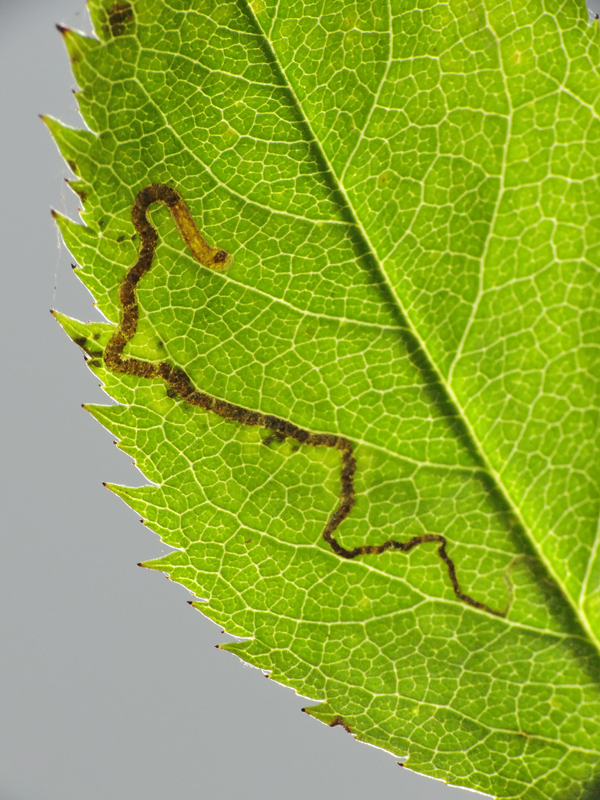 Stigmella anomalella - tenanted mine on rosa
Posted by Skev at 22:36

Lovely! Though it was still named Etainia louisella last time I saw it. I used to see Buccs beccs on Hawthorn more than anything else, can't think that I've ever seen it on Pear. Glad you've got the mining bug, opens up a whole new dimension to moth recording, eh?

Yes, plus you can do it when the weather is pants too!