One thing I've learnt over the last week or so is that there is a whole new type of mine to look for. I was already aware that most mines were gallery, blotch or blister types - but I wasn't aware of the mines that are hardly there at all! I've found mines on poplar and now willow that are created by Phyllocnistis spp. The larvae are feeding literally just under the surface of the leaf, not actually eating the main part of the leaf itself. the mines look like snail trails over the surface.

Those on poplar are Phyllocnistis unipunctella, and I found these at Ulverscroft last week. 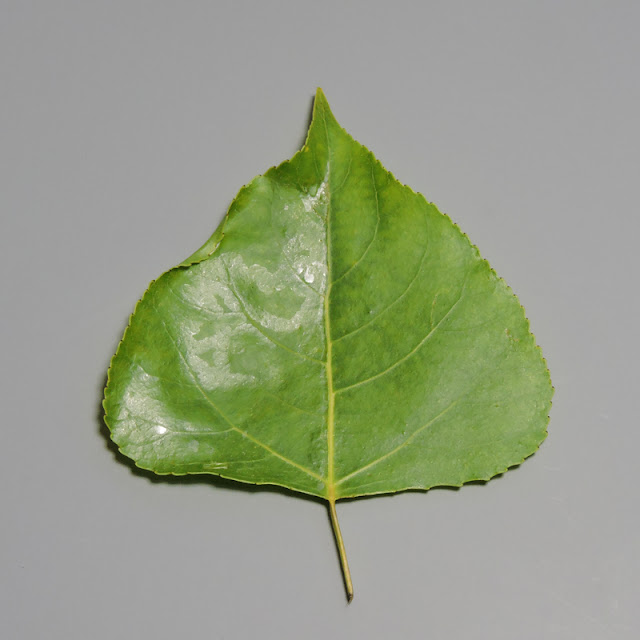 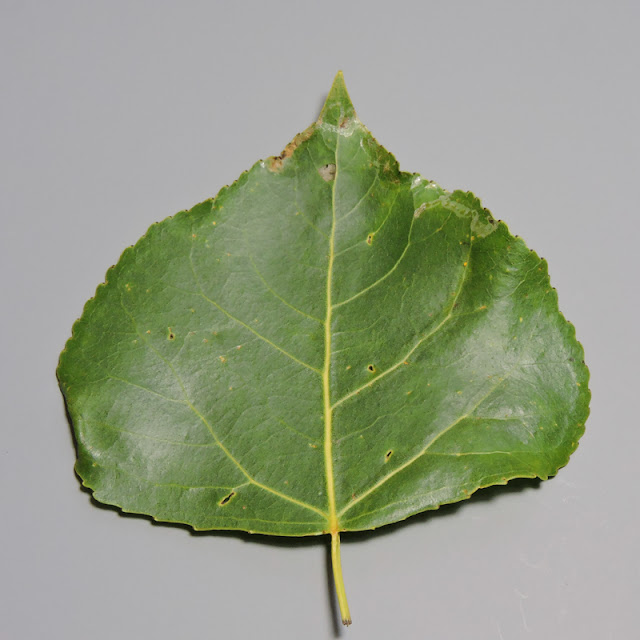 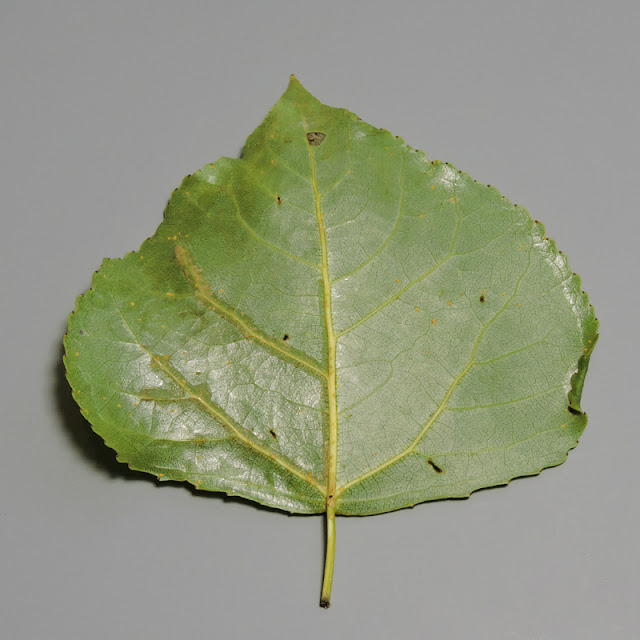 Both of these leaves had pupae just under the curled edge. The larvae can be on both sides of the leaf, and the mines cans almost cover the whole leaf. They don't exactly stand out and there is no frass visible.

On Wednesday I found similar mines on willow at Narborough Bog, and thought they were good for Phyllocnistis saligna. Notably, the mines go from the leaf and along the petiole. I've had positive feedback on a FB forum (from John Langmaid no less), and at the moment it looks like there are no other VC55 records. I'm going to look for more at the weekend and particularly for tenanted mines or pupae, which will be in a leaf-fold as with unipunctella. 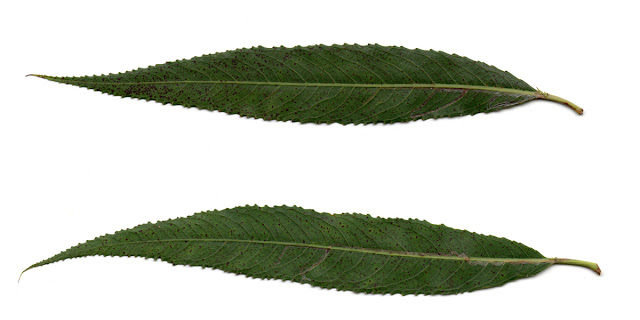 I also found Bedelia somnulentella on bindweed, one that I have seen before. The larvae create a distinct 'window' that is visible from the upper surface, but the larvae can be found hanging around on silk on the underside. Usually there is frass caught up in the webs. I found mines, larvae and pupae. 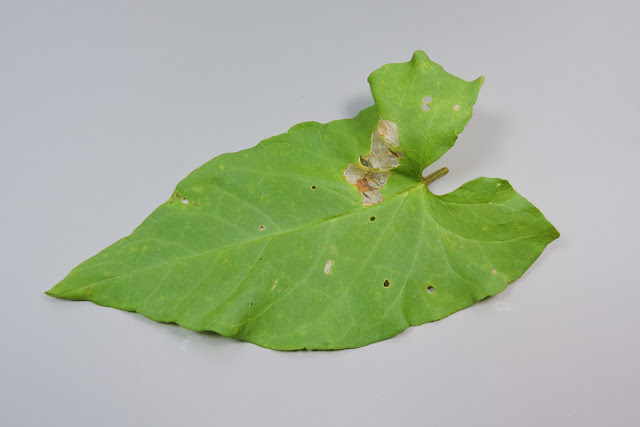 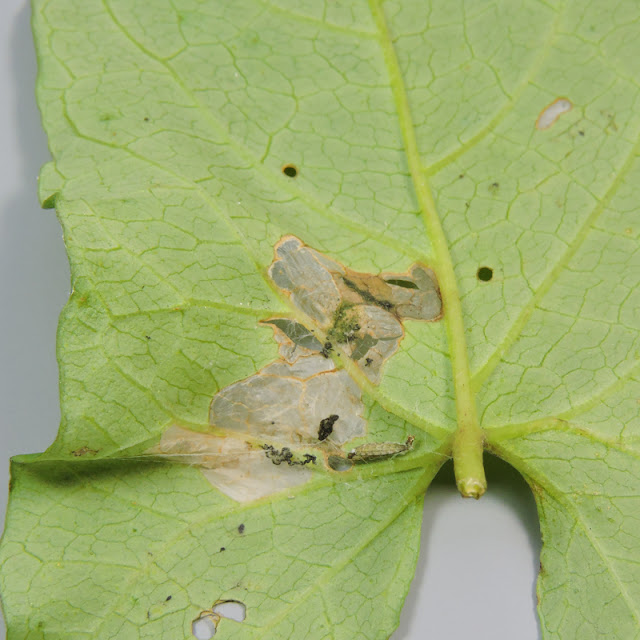 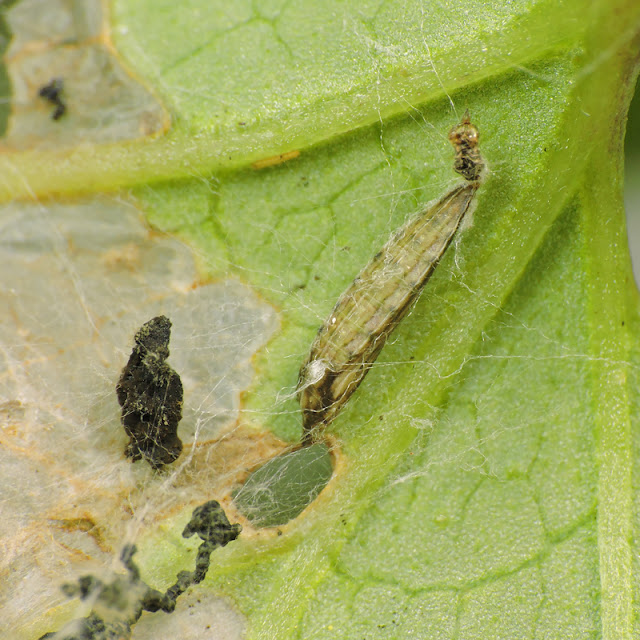 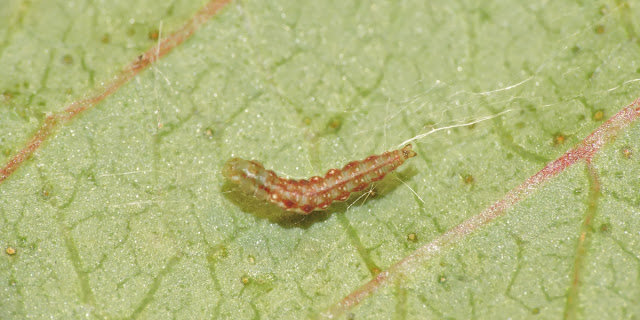 Finally, I found both tenanted and vacated mines on blackthorn that are Stigmella plagicolella, a tiny gallery leading to a blotch. 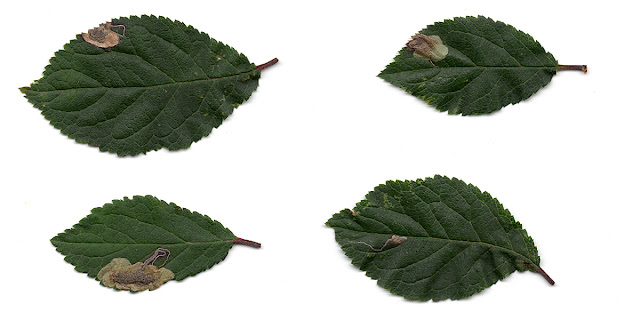 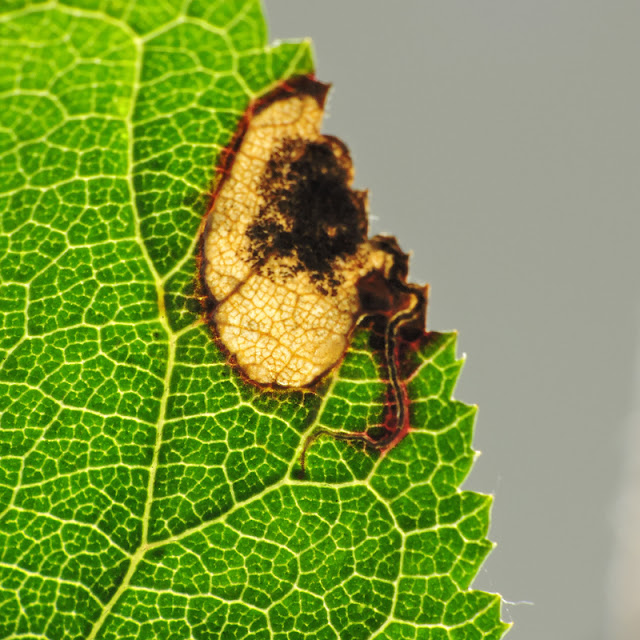 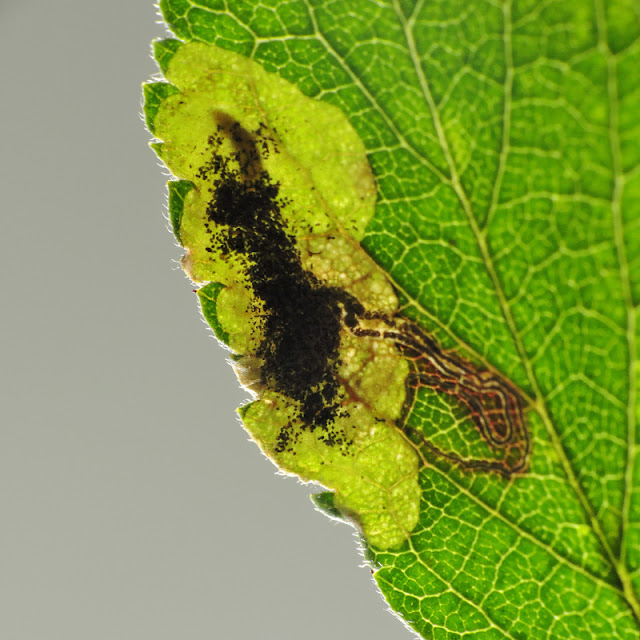 This last one actually has two separate mines that have converged at the blotch. You can just make out a larva at the top end.
Posted by Skev at 22:13

Never seen a plagicolella mine with two larvae in it, not knowingly at least. The mine is often described as looking like a balloon on a string. Or a sperm, as I prefer to tell people.