Over the summer I collected a few moths from the garden for formal det / confirmation. Some came good, some not so. I've updated the relevant blog posts, but to save you (and me later on) the trouble of trawling through here's a summary.

First up the ones that came good and are duly added to the garden list:

Hoary Footman, 21/06/2017
This came on the same night as another garden macro tick, Grass Rivulet.

Common Clothes Moth (Tineola bisselliella), 06/07/2017
Hand-up - I completely got this one wrong. I thought this was one of the small plain Argyresthia spp. and completely missed that it was a tineid. But have a look at the photo and you can see why! Taken on the same night as garden tick Green Arches.

Remarkably that means that on four separate nights this year so far I've had double-ticks.


One that didn't come good was the x3 individuals that I had hoped were Epinotia cinereana. All turned out to be Epinotia nisella, despite looking nothing like typical E. nisella. This does make me wonder how anyone is supposed to pick out E. cinereana. There are photos of two of the individuals here and here.

And on that first link, there also a photo of the large worn tortrix that was a complete mystery, although I was optimistic that it might be something exciting ..... It wasn't, it turmed out to a knackered Lozotaeniodes formosana.

The garden list has been duly updated, and it means that it now stands at 682 (364 micros, 318 macros). Honestly, if you saw the size and unremarkableness of my garden you'd wonder where all these species some from! Just 18 to go to a massive 700, and I reckon that I could well hit 400 micros before I hit 325 macros.


Now for a few from the last couple of nights. Highlight has been yet another Scarce Bordered Straw - that's three this year - more than I'd taken here in the previous 17 years. This one was a darker form than the two earlier in the week. 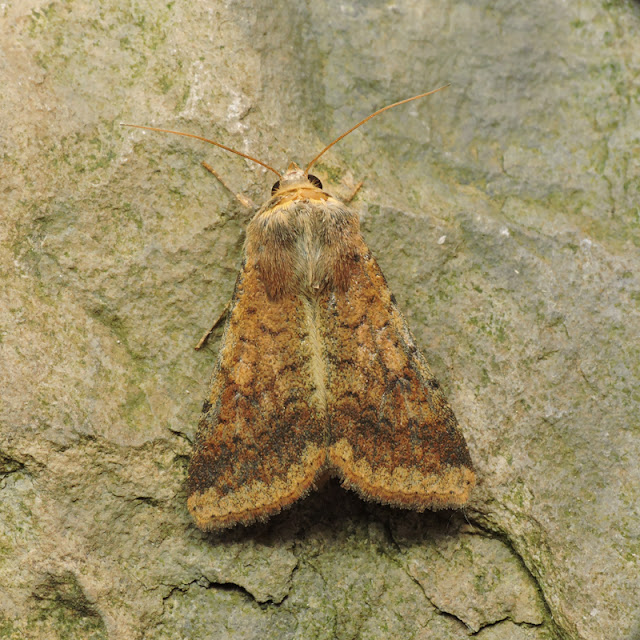 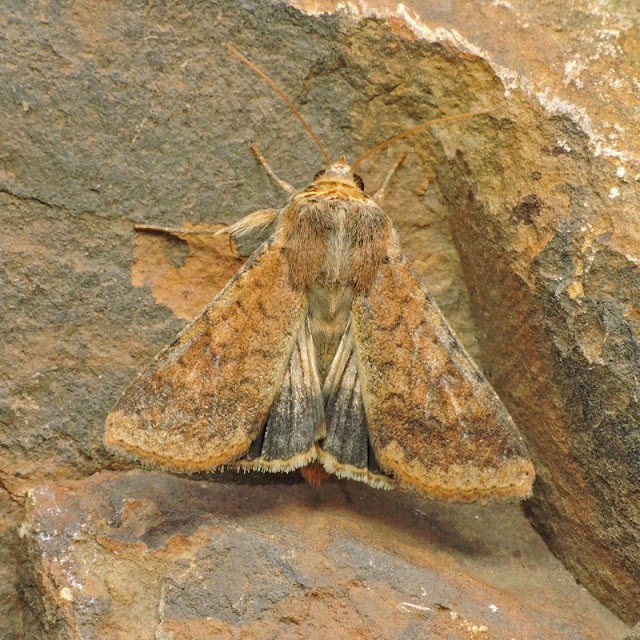 And a few fillers ..... though it's hard to find photographable moths in a maelstrom of LYUs! 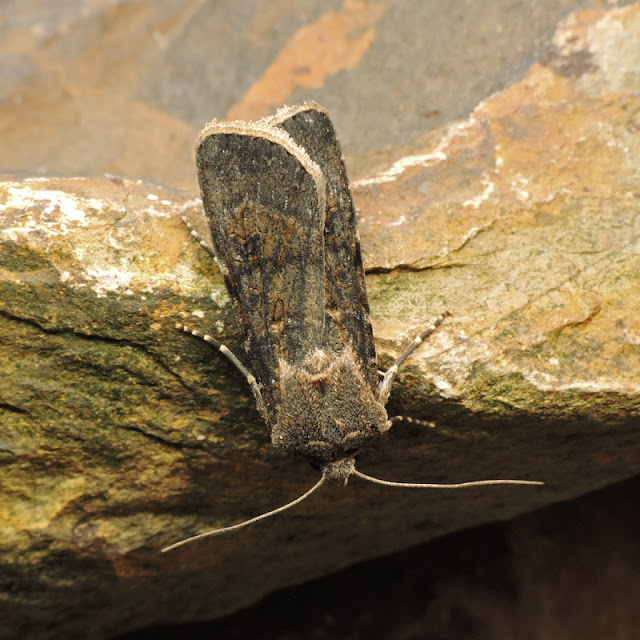 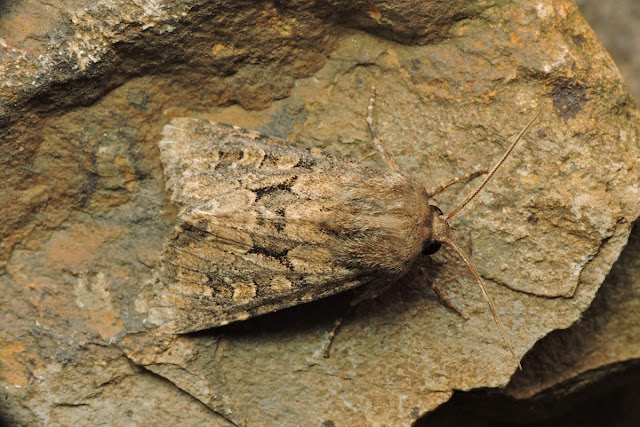 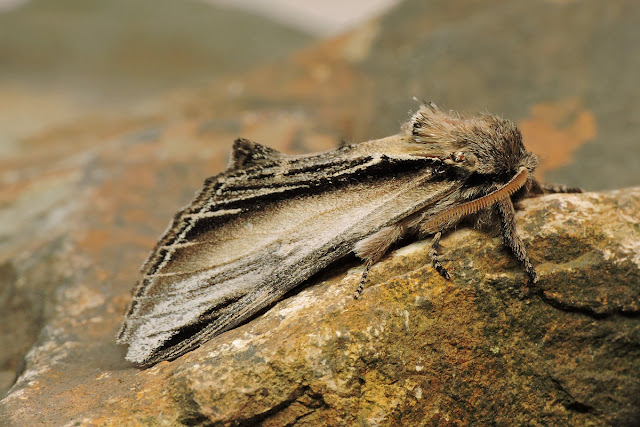 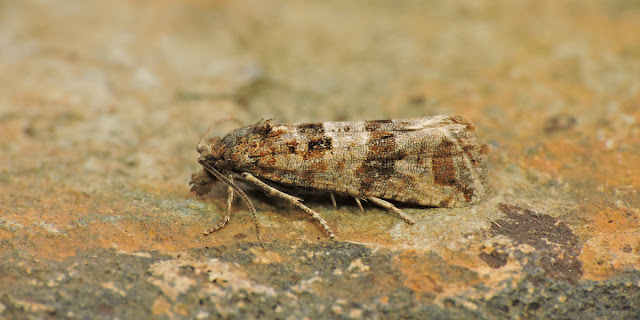