There has been a Tundra Bean Goose and up to 19 White-fronts knocking about since late Jan/early Feb at Wanlip North Lakes. For various reasons (mainly a lack of opportunity and time, mixed with a general apathy toward a 20 minute walk to look at distant geese in crap conditions) I haven't been to look for/at them. As they were reported as still present yesterday, and having a bit of time in the afternoon with glorious sunshine, I decided to pull my finger out and have a look. So I did, and it turned out to be a very easy exercise as immediately when I got to the viewing point and looked through my scope I was on the Tundra Bean, and 19 White-fronts were strung out to its left. Very distant - no chance of anything other than really appalling record shots of White-fronts with an indistinct blob (click on these for big). 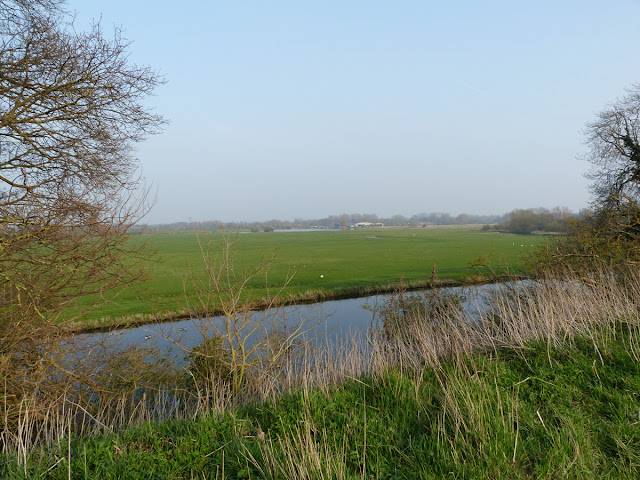 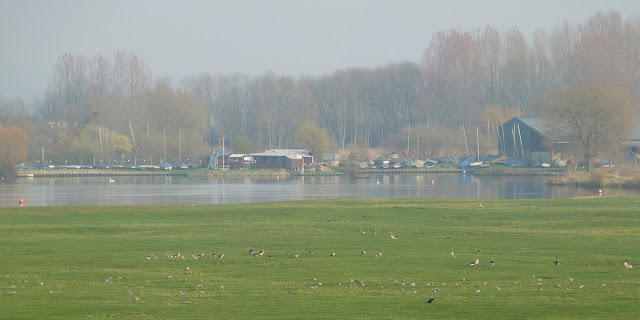 There are 19 White-fonts and a Tundra Bean in there 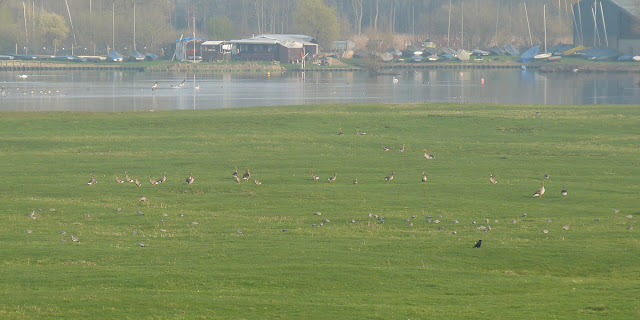 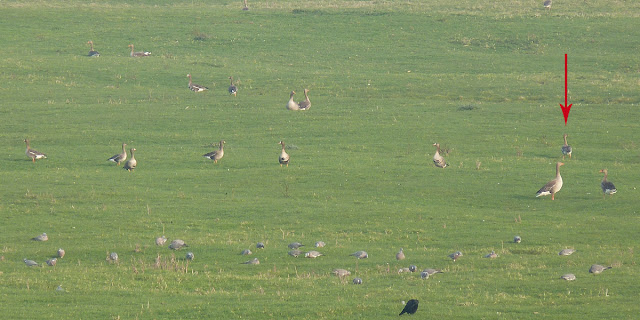 Full noisy zoom - some White-fonts and a big red arrow
There was also a Little Egret milling about in a ditch. Whilst over that way I nipped across to Cossington Meadows - at least one Short-eared Owl still present as it did a very brief fly-around over Swan Meadow before heaing over towards The Moor and disappearing. 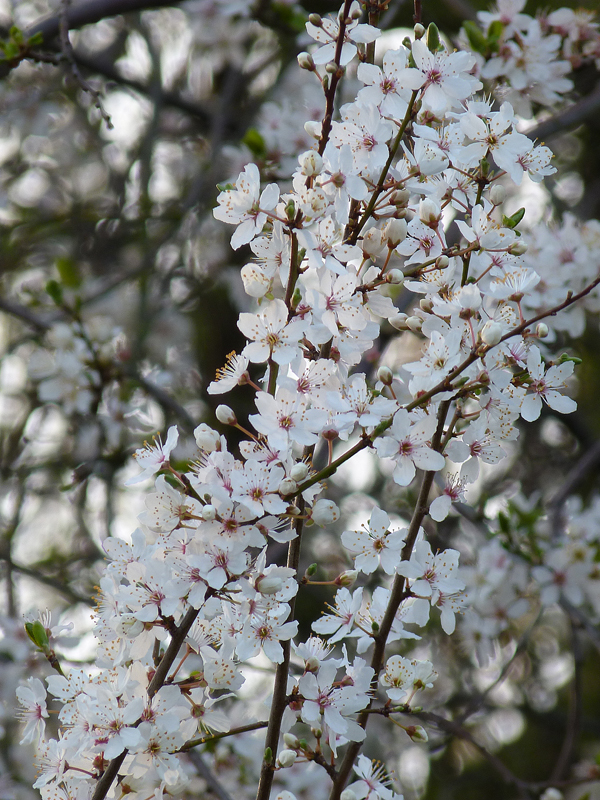