All of the youth teams at Josh's football club (Cosby United) took part in the pre-match affairs at the Leicester City v Coventry game yesterday, at the stadium that used to be named after a popular local crisp but is now named after a Thai travel retail company. The 'Shake The Shirt' is exactly what it sounds like - some local youth groups, clubs or teams etc get to drag out a huge replica shirt and shake it on the pitch just before the teams come out. Yesterday with so many kids involved from the club, we had all three replica shirts out (blue, white, yellow) and also the youngest kids formed a flag-waving guard of honour as the players ran out. All great stuff for the kids - certainly more entertaining than the actual game in which City won 2-0, but was more memorable for shocking refereeing, a ridiculous sending off, an appalling missed City penalty and a gloriously saved should-never-have-been Coventry penalty. Coventry were rubbish, but City were not exactly superb either. Cosby United were brilliant. 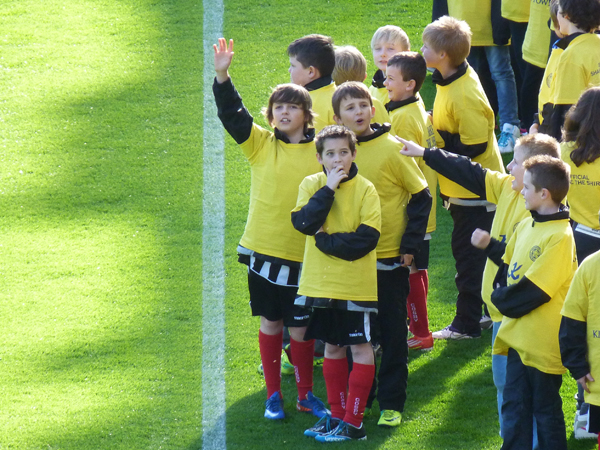 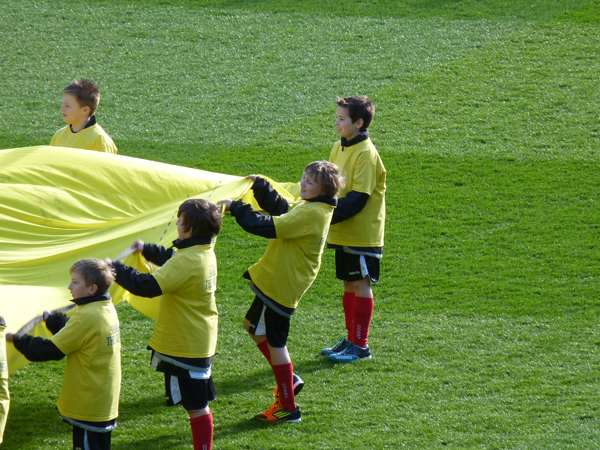 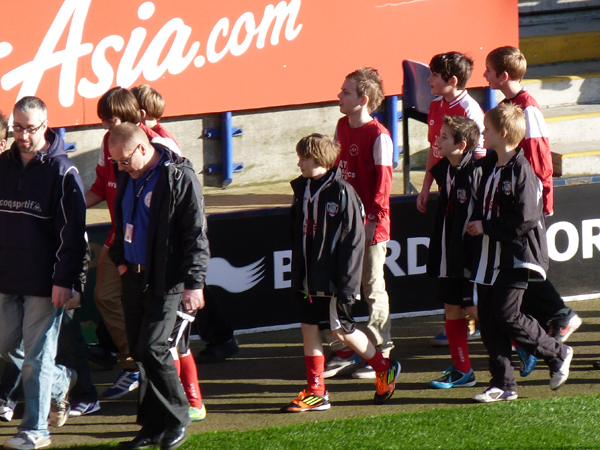 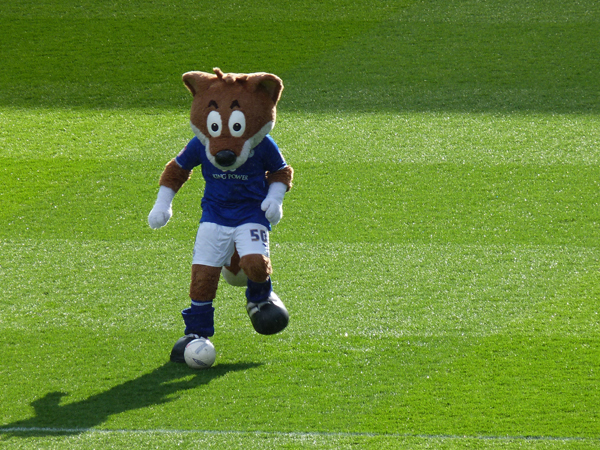 England England's Number One (Mascot)
Posted by Skev at 11:36

Nice day out for Josh and team mates. It's a good club Skev but King Power Stadium ? I still think of LCFC as Filbert St, took me ages to get used to the "Crisp Bowl".... Maybe it should have been called the "Raisin" Stadium, after all, it's previous names have been nuts and crisps...(^_*

Absolutely Trent - King Power makes no sense to me either. It's nothing like the old days of standing in Pen 2 at Filbert Street, and whilst it was still a commercial venture at least Walkers were a long-standing local sponsor of the club.

I'm just about to watch the Chelsea/Brum replay so I hope to see LCFC shaking the shirt at Stamford Bridge soon.
But the way my team is playing at the mo you'll probably be going up the M6 instead...(worried !)

A Chelski fan! I think the only thing we are beating you on in recent years is that even with your record, we have a higher turnover of Managers since 2006 .....