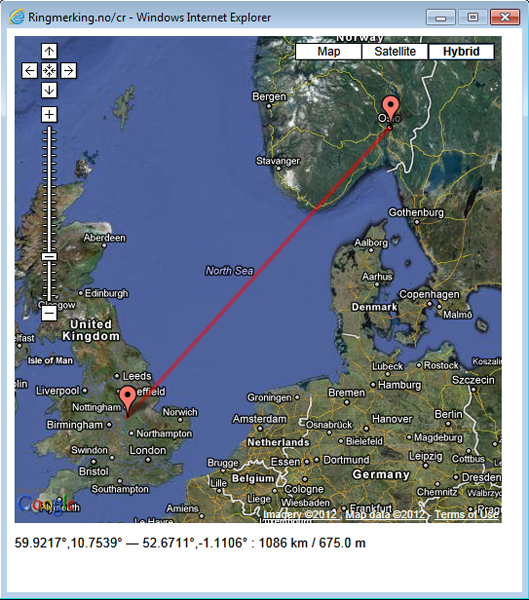 Garden mothing with the Synergetic/CFL trap on Thursday was pants - just 2 of 2sp:

Friday night was better, with both the Synergetic and MV traps running and the first spring noctuid species at last, but still a bit rubbish with 22 of 6sp. although a late Early Moth was a bonus. 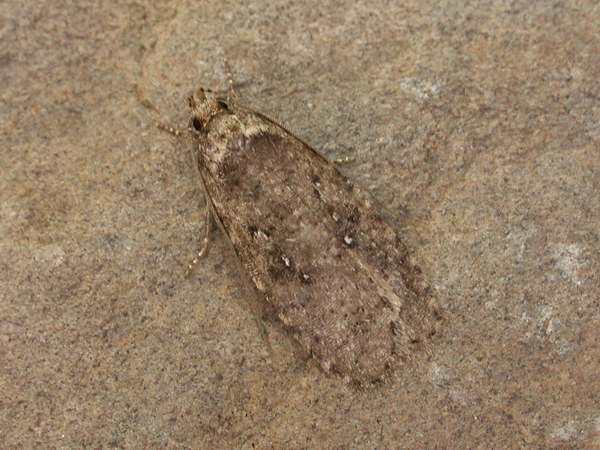 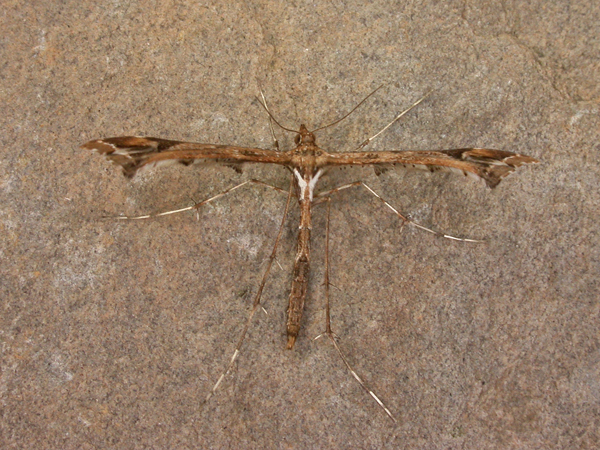 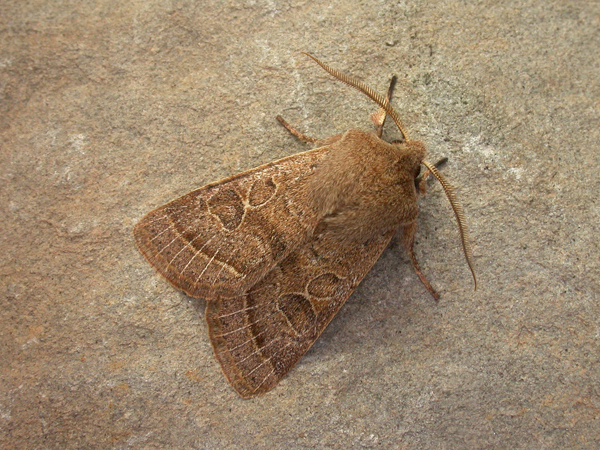 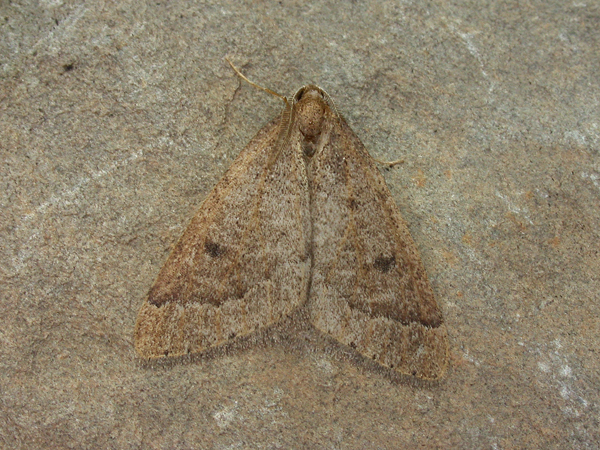 Early Moth
No garden mothing last night. I decided that with so few moths coming to me, I was going to go to them in big style. I planned to take six traps and a sheet kit all the way over to Pickworth Great Wood where I was sure there would be some moths. Adrian was keen, and joined me with another couple of traps after he'd also left two running at nearby Lady Wood. I knew when I had arrived, as the in-built twatnav in the car showed me stuck in a big roadless green patch ... 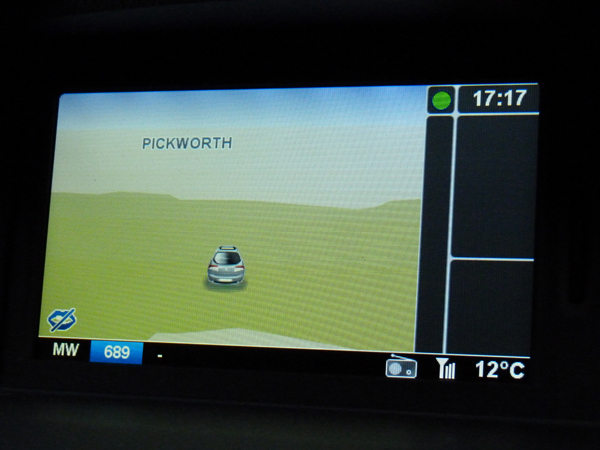 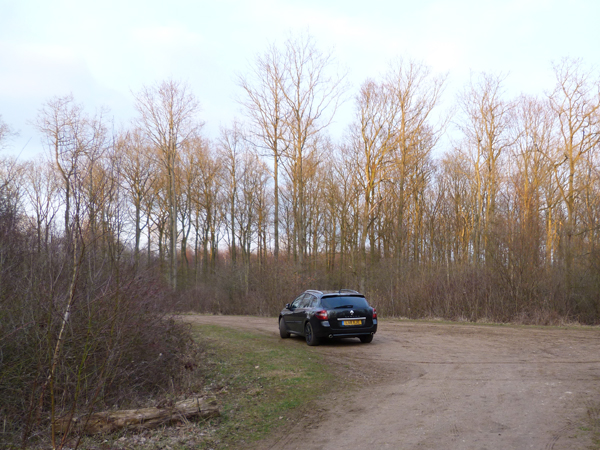 Pickworth has got brilliant access all through the wood, though some rides can be a bit damp and the main gate to get in is a right pain in the arse. For this early season session I opted to run at the eastern side of the wood which meant I didn't have to open the gate. I set up three traps along the main ride first and got them going, then another three along a parallel ride and the sheet at a turning point along the entrance track. When Adrian turned up he ran two traps further along the eastern ride from the sheet. This ride and the entrance track are pretty much the boundary with Lincs (Holywell Wood is in Lincs). 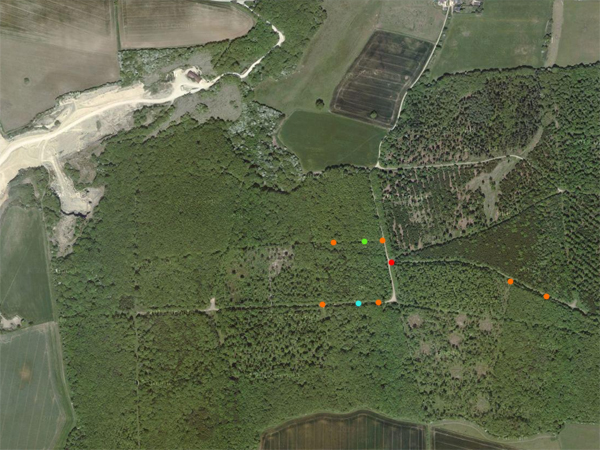 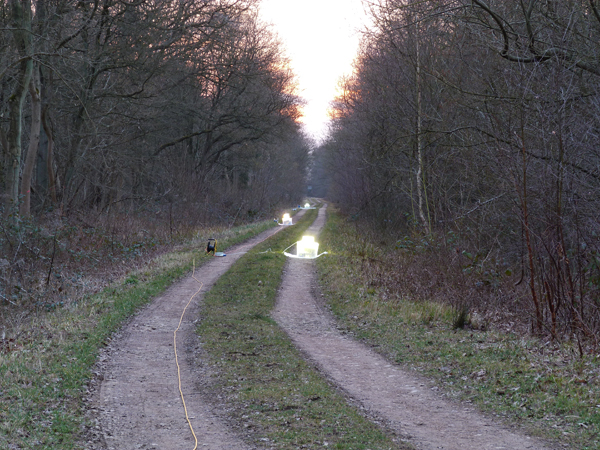 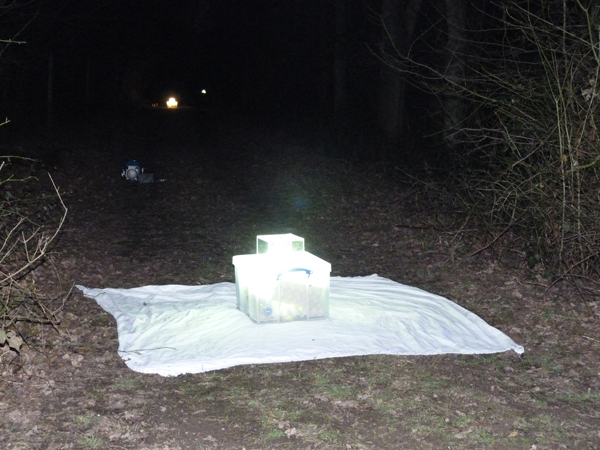 This sight wasn't quite so good initially - the nearest MV trap seems to have a dodgy choke wire .... 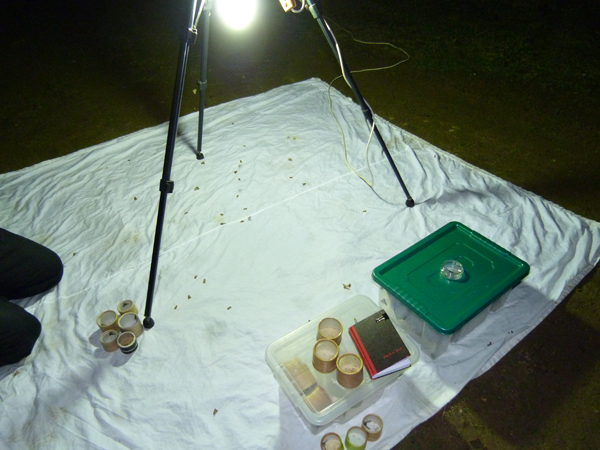 Moths on the sheet early on - a very small fraction of what we recorded
Plenty of bits to photograph, and it will be a substantial list for an early season session - I reckon there will be close to 2000 Small Quakers alone ......
Posted by Skev at 11:11

Interesting process for studying moths. I just learned something new again:) And it makes sense...just didn't know how it was done.

Yes, light trapping is the most widely used method of attracting and recording moths these days. There are quite a few different sorts of traps and light sources that can be used.
See the 'Moth Traps' label over on the right hand column for older posts with pictures of traps and lights.