It had already been dark for well over an hour when I got home, however the car dash was telling me that it was still 11degC at that point! Probably not too much of an exaggeration to say that that is higher than the cumulative temperature through December .....

Anyway, in a fit of enthusiasm I headed straight for the shed and pulled out the actinic/tungsten combo trap. I anticipated that it would remain empty, but was at least hopeful that an Early Moth would appear. A little later I had to nip out on Dad's Taxi duties, so I decided to leave out half an hour earlier and see what was flying down the local lanes. I envisaged having to use the wipers to remove the hoards of unseasonally abundant geometrids but was quickly deflated when I found virtually nothing - the only saving grace being a single Winter Moth.

When I got home, I became even more pessimistic about the garden trap potential when it started to piss it down. As if that wasn't bad enough, whilst looking out I heard a distinct pop as the garden suddenly dimmed - the tungsten bulb had blown leaving the 80W actinics to maintain guard.

Imagine then the beaming smile on my face when I checked about an hour ago and found 3 moths of 3 species! One of these was a sadly bedraggled Pale Brindled Beauty, but the other two were sheltered - photographed under the wrong indoor lighting but you get the gist ... 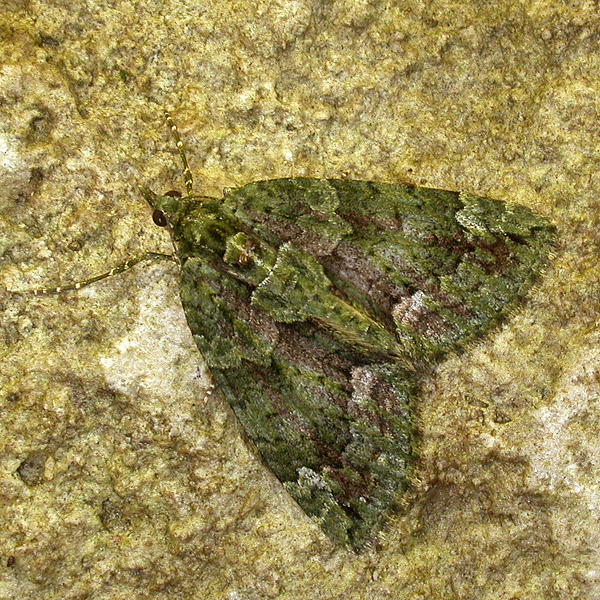 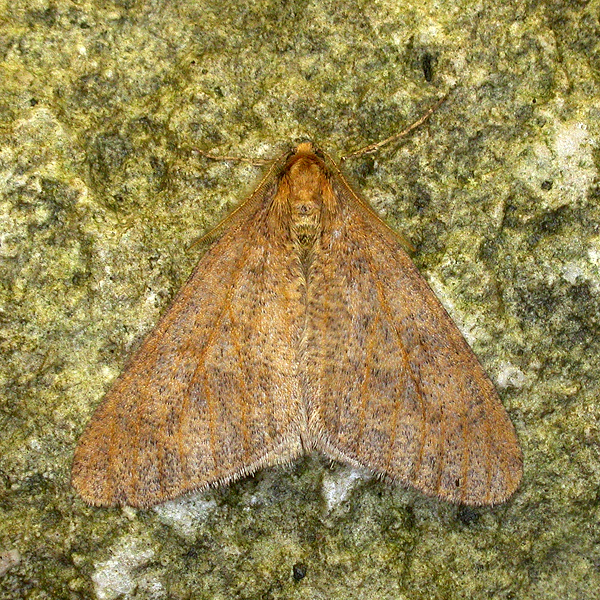 Dotted Border?? Actually I'm starting to doubt my initial ID of this one .... could it actually be a garden tick
Mottled Umber!!
Needless to say the trap is staying out! I may even be tempted out for some proper mothing tomorrow night if it stays mild and a bit dryer.
Posted by Skev at 23:02

Mottle Umber for me. The apical corner too acute for Dotted Border (or Scarce Umber)

Definitely Mottled Umber - it hasn't got a dotted border, and it's not dark enough for the form of Dotted Border that doesn't have a dotted border (if you see what I mean!). Plus the wing shape looks more like Mottled umber.

Nice one Mark. I would say 100% Mottled Umber. It's a bit early for Dotted Border anyway.

Thanks all - looks even more obvious in daylight and I've also now checked the hindwing. Maybe I just couldn't believe my luck with a garden tick in January!

Hi Mark, RGC, WTF! That must be unusual in January surely. Last night on my way home at 11.30pm I had 36 Winter Moths (probably) in the car lights in the mile before home.

I put the trap on tonight and before the MV had heated up properly a Mottled Umber came along the drive and landed on it! Looks mild for tomorrow too...

To be honest Stewart - ANY moth in January is unusual for me / my garden! As it happens there was nothing else last night after posting.

Just been out to some woodland but it is a little cooler and breezy tonight with clear skies - just 5 of 2 species, all on tree trunks which I'll post about later.

Another VC55 mother was out during the week and picked up a Red-green Carpet amongst the catch - the females overwinter in hibernation so I guess they are as likely to come round in unseasonally mild weather as Chestnuts, Satellites etc.