Nipped out for some optimistic mothing with Adrian Russell last night. We set up along a track in Martinshaw Wood, but in truth it was never going to be a massive success. Despite the continued mild conditions during the day, it had cooled off a fair bit and was clear and breezy. A sheet and 2 traps operated for a couple of hours produced nothing. All was not completely in vain though as we found a handful of moths on tree trunks - albeit just 4 Chestnuts and 1 Winter Moth. Still far better than a winter mothing effort a few years ago when we were snowed off after an hour with nothing to show for it!

Today has been very windy and grey. Perhaps just aswell as I had a few things to do. Only bit of interest came when I was washing-up (our dishwasher died in December - must get another sorted soon!). The Coal Tit appeared again but on the peanut feeder round the back. I'm presuming it's the same individual each time. The active bird, strong wind and dull light made photography a challenge to say the least - managed a few grainy shots that at least show it is a Coal Tit! 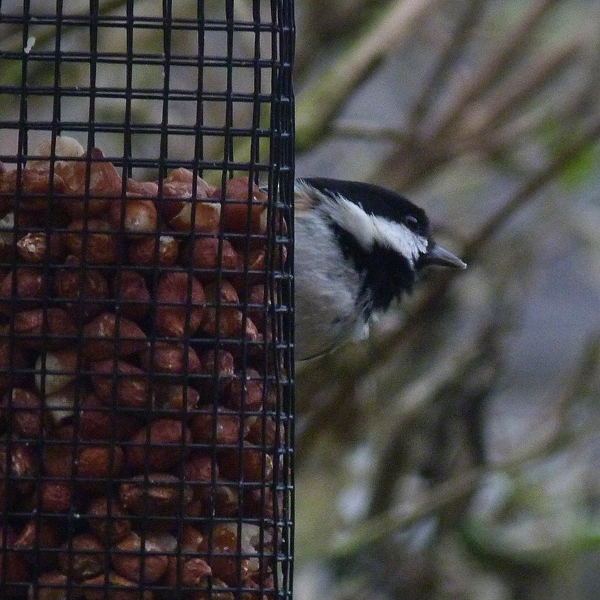 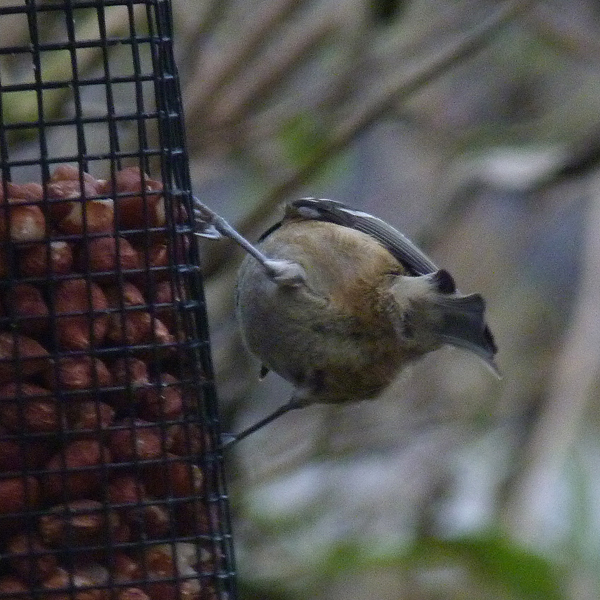 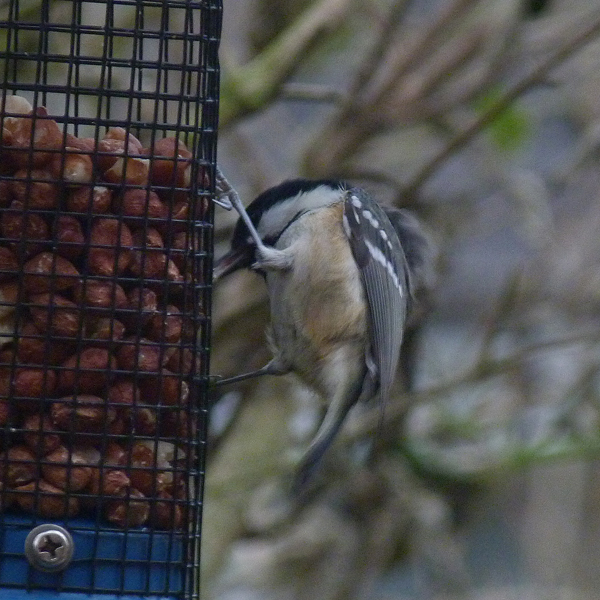 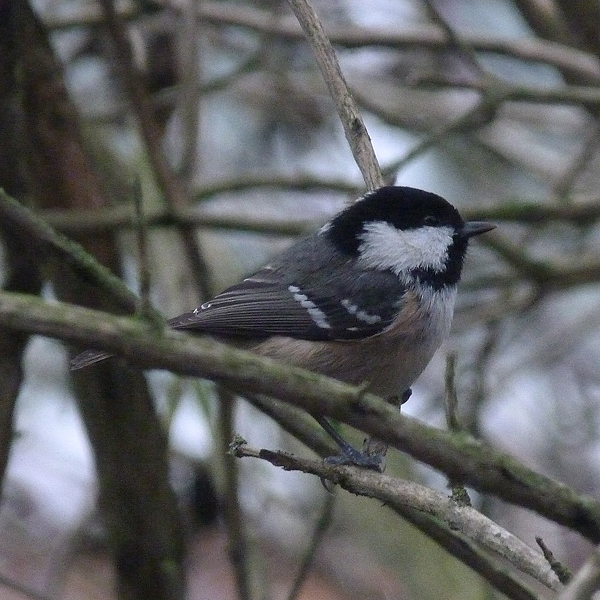 Lovely variation of Chestnuts Mark.
Why is Dark Chestnut so scarce? i've only ever seen one! yet hundreds of Chestnuts.
Thanks for the comment on my blog.

Same for me Ben - far more Chestnuts overall than Dark Chestnuts. I think DCs are generally less common and are on the wing in Oct/Nov - rarely into the full winter. Chestnut is much more common and as likely before and after the cold spells in winter.