I was awoken this morning by a sound I hadn't heard for a while. That obviously excludes a number of possibilities, like shouting kids, phone alarm and snoring wife. The sound continued until I walked out of the door to leave - and there he was, full blast from his usual position at the top of the neighbours Alder. Great to hear the first ranting Song Thrush of the year. As I stood and enjoyed it for a few moments, I became aware of an approaching and altogether much less melodic bird sound. The relative peace was shatted by a honking mass of Canadas heading over. I was about to mentally berate them just as I remembered that they were an OFFH yeartick. Hurrah.

Later in the day I had to leave work a little early for something, and decided to capitalise with a late afternoon visit to Watermead CP South. I'd already picked up a City yeartick with a Buzzard perched on the fenceline between the Red Hill Circle and Birstall Meadows - just within the boundary. After negotiating the usual bread-guzzling wildfowl and bread-bearing wankers at the car park entrance, I had just donned wellies and grabbed bins and camera when Dave Teaboy Gray appeared in the car park. In truth, it was Dave's message yesterday of a Yellow-legged Gull that provided the impetus to visit - though I had no expectations.

We had a good natter and walk around, but aside from masses of Black-headed Gulls, a good number of Common Gulls and a few Lesser Black-backeds, there were no interesting gulls today. 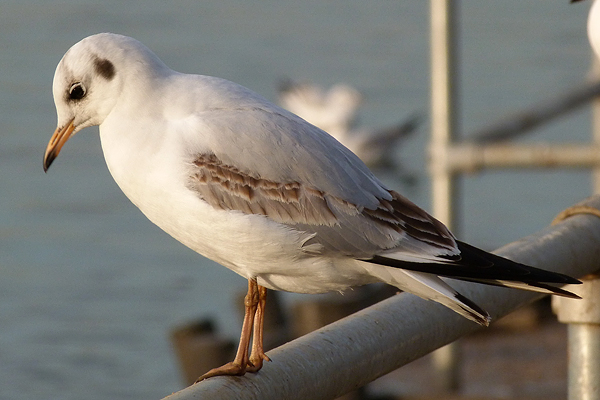 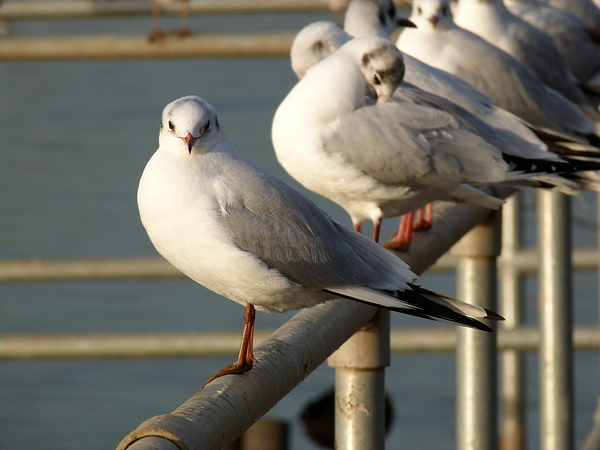 No sign of the Ruff, but the Pintail was still knocking about - albeit now on Birstall Meadows. A Little Grebe on the southern lake was another City yeartick, but by far the best moment came as a superb and unexpected Peregrine flashed over purposefully heading east-ish and then a few minutes later again heading south.

Good numbers of Goosanders about aswell (lost count with a few coming and going). The light was fading fast as I noticed a pair giving a bit of subdued courtship display. I say subdued - actually the drake looked like he really couldn't be arsed with it all whilst the female was wantonly begging to be taken up the cloaca. Have a look for yourself ...

Sorry Mark. Where did steve come from. DOH!!!!.