Back to work today. The company opposite my office (Thales) has a large lawned area where they erect arials and test radar type stuff. Most of the time though it's just a big open bit of grass where on a daily basis a handful of gulls gather to charm up worms by jogging feet on the spot. Today, along with a pair of Lesser Black-backeds, a Common Gull and a few Black-headeds were two Herring Gulls. As my workplace is within the City Boundary, this was a City yeartick.

The chances of getting many yearticks at work are few and far between to say the least, though in 1995 when I worked in the same area for a different company we had Nightingale and Sedge Warbler in the srub at the back of the factory bordering the railway line and carpark. No such chance these days as sadly our big warehouse is built over my old place and the scrubby bit ....

I had to nip into the City center at lunch time for some very old fashioned banking where people are involved - this was a bit alien to me as I have been internet banking for years. The route from work into town is directly past where I've been seeing the Waxwings, and sure enough there was a gathering there again today. The light was slightly better, but the birds remained mainly high up. Whenever they came down it was brief and agitated with the Mistle Thrushes in attendance.

I counted 154 on one photo (not this one - but click for big and have a count yourself) but I am sure there were one or two more out of shot. Spot the Redwing in this shot whilst you're at it. 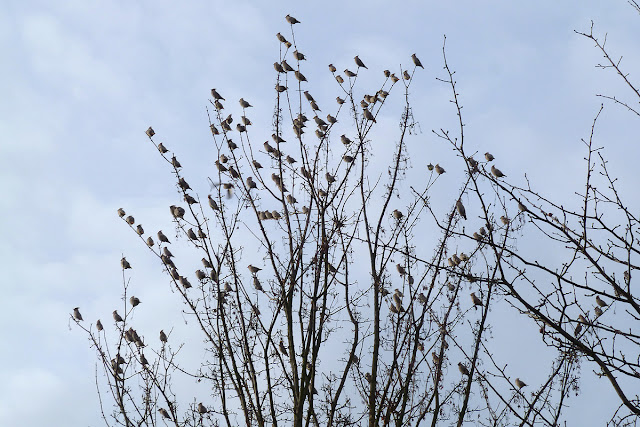 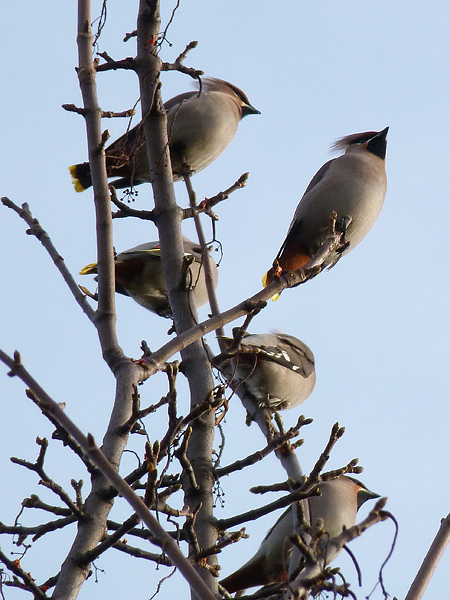 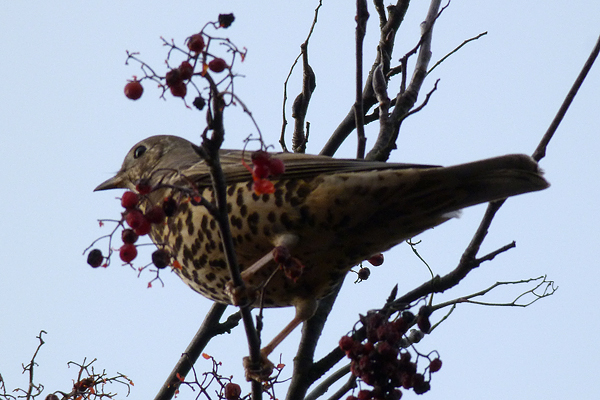 Get orf my berries
Here's some arty bollox. 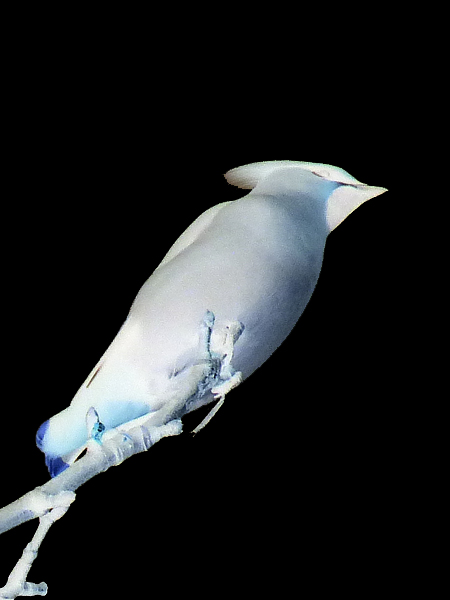 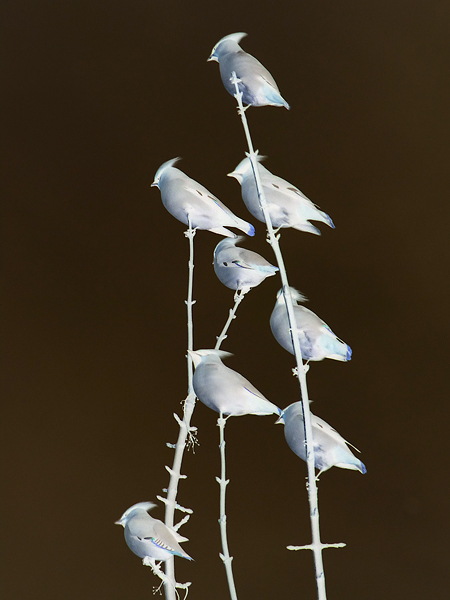 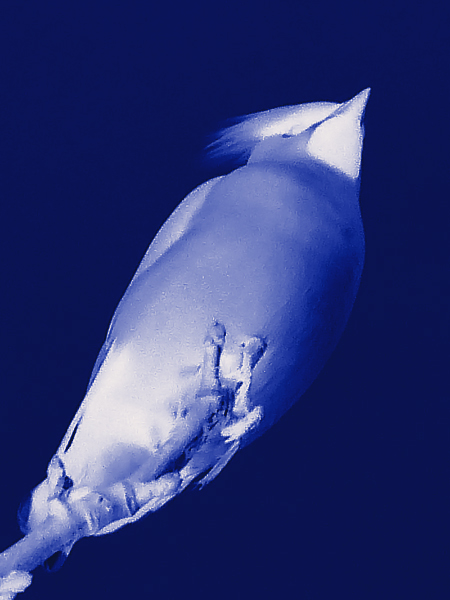