I guess I'm not the only one who is bemused that a fundamentalist criminal is afforded the luxury of a State Visit. With a charge list including the proliferation of Aids, paedophilia and oppression of gay rights (not to mention holocaust denial and being a Nazi), this man is no more saintly than the likes of Mugabe, Gaddafi and Bush. 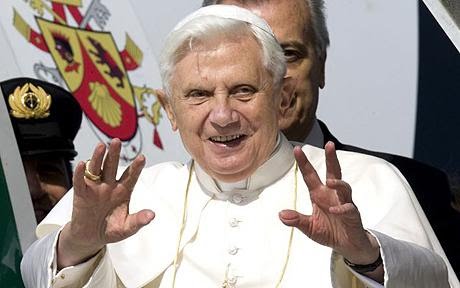 The Pope has denied many things - and being a Nazi is not the most shocking. New revelations have surfaced that link the Vatican to the gangsta rap scene, a genre that largely supports the misogyny, rape and homophobia messages, though the two factions are in talks regarding promiscuity, toting semi-automatics and the use of crack cocaine. 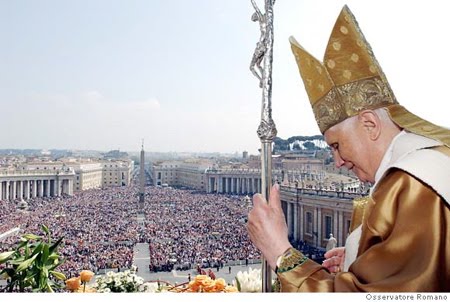 Despite the denials, new footage in circulation shows appearances at huge summer festivals supporting the likes of 50-Cent and G-Unit and blasting out his tirade of Gregorian chants mashed up with N.W.A. lyrics under the guise of "Vat-Icon". 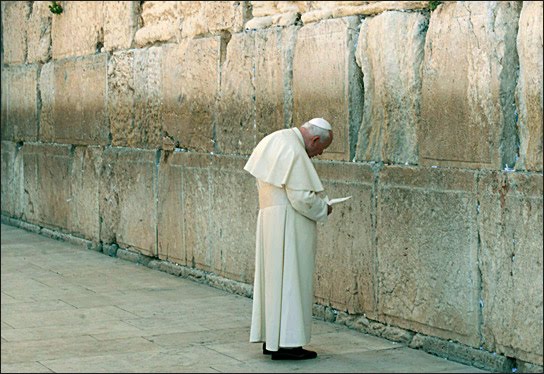 The Pope was also papped as he considered spray-tagging the Western Wall with anti-semitic slogans, though predictably this was also strongly denied by the Papal Office. 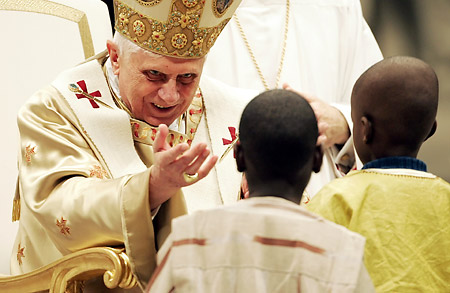 Further damning evidence came when in an off-guard Brownian moment, whilst blinged up and showing the eye bags typical of having smoked crack, the Pope forgot that his microphone was still broadcasting as he assured some African children that "you is gonna die from Aids" whilst gesturing to "pop their cap".
Posted by Skev at 21:54

Brilliant Skev!
Though I disagree with the rumour of smoking crack- I'd heard that he'd only 'jacked up' heroine!

The Popes drug habit is common knowledge. The top picture shows clearly the scar on his left thumb, caused by a razor blade accident during a "cutting sesh". Papal visit ? He can kiss MY ring.

Well spotted - more evidence as if it were needed.