A bit of fresh air

Took today off of work - lots going on and I wanted a bit of fresh air to clear my head! I had intended to go for a full day's birding out of county, but with the shite weather and lack of interest on the news services I opted instead to just have a couple of hours out and stay local(ish). I headed over to Eyebrook Res, where it was blowy, chilly and damp. It was also very busy with birdlife - albeit masses of common stuff and not a great deal of interest. 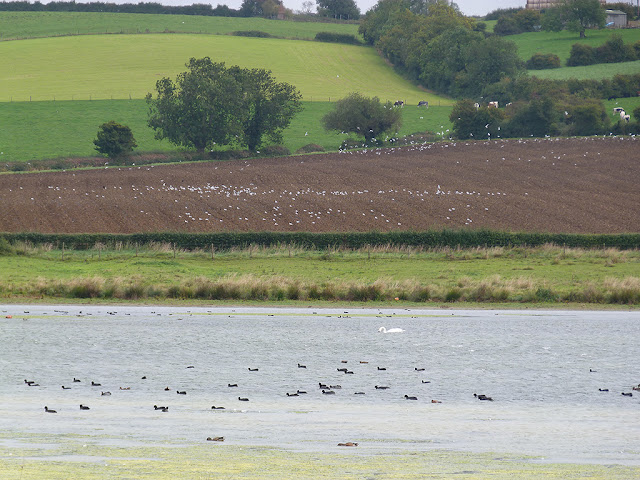 As ever at Eyebrook, there is plenty of shoreline that can't be properly seen. The fishermen's boats were also active, so most stuff was pushed down to the inflow end. Loads of waders - but they were all Lapwings. Loads of gulls - but they were all Black-headed / Common / Lesser Black-backed / Herring. Every wagtail was Pied, every pipit was Meadow, every small finch flock was devoid of anything bit Linnets. Still - I thoroughly enjoyed the relative peace and it was good to see most of the wintering duck species back plus a few Pintail which tend to bugger of from VC55 before the harshest weather. 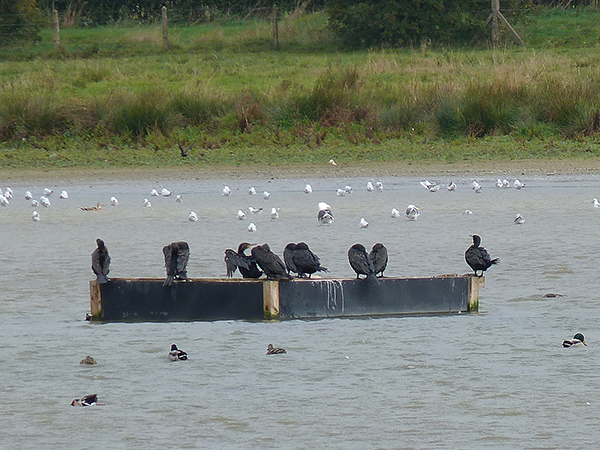 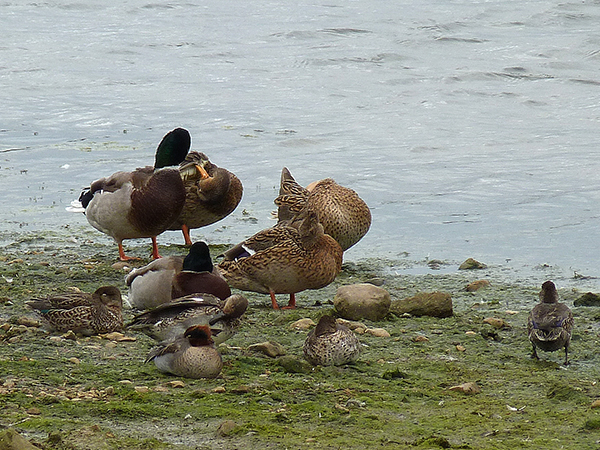 You appreciate how small Teal are when you see them roosting next to Mallards. 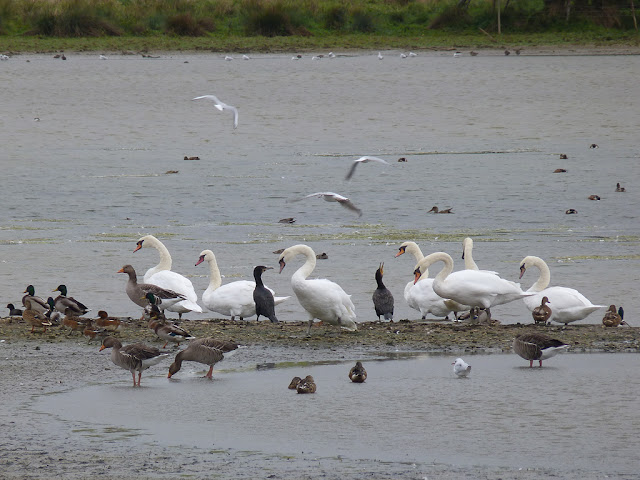 The right-hand Cormorant appears to be telling the Mute to feck right off. 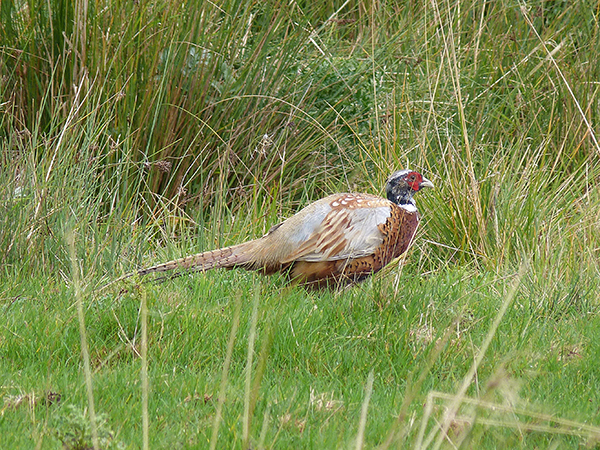 Also as usual at Eyebrook, loads of damned thick Pheasants and Red-legged Partidges loitering around after recent release. I'm not pro-shooting anyway, but where is the sport in rearing and shooting these stupid feckers!? I'd much rather they got on with blasting a load of Canadas and feral Greylags.
The weather was meant to clear up a bit by late morning / early afternoon - but there appeared to be little sign of that actually happening and it really was unseasonably crap. I headed over to Rutland Water, but I had no intention of flogging round the reserve unless I had something to suggest it would be worthwhile. I poked my nose over Manton Bridge - 4 Ruff, 1 Green Sand, 1 Snipe, another 10 or so Pintail and 7 Little Egrets but no Calidris spp. I decided to head back home and do something else. Fair-weather birder me.


The garden traps were last out on Wednesday night. It was very mild with good cloud cover and a very light breeze, though heavy rain was forecast to move in. I put the traps out with great expectation of both a good haul and getting wet in the morning whilst emptying. I was wrong on both counts - Thursday morning was damp from some light drizzle and it was cold, but the traps were very quiet. 41 of 15sp, with Barred Sallow and Black Rustic being the only garden firsts for the year.

Red-green Carpet
Posted by Skev at 23:29

I really like the red-green carpet moth. Is it really called that?

Hi - yes the common name is Red-green Carpet but as you can see on fresh individuals they are really more Green-browny-purple. Some of the English common names are very descriptive or evocative, others are a bit misleading! We also have a Green Carpet, Red Carpet, and Autumn Green Carpet - they all look very different but plenty of scope for getting names mixed up.