After the superb Wryneck of the weekend, and knowing I'd missed a couple of good birds over the previous week or so, I was not expecting another county tick so soon. Let alone two!

I got a message this morning that a Purple Sandpiper was still in the South Arm at Rutland Water having first turned up late on Sunday afternoon. I decided I'd try and go over after work if things went okay through the day. I then got a message that there was a White-winged Black Tern in the South Arm along with Black Terns. Great I thought - not a county tick but making the trip more worthwhile. Then at 15:45 I got another message - the Whiskered Tern I'd missed last week was back in the South Arm along with the White-winged and the Purple Sand was still there. Feck it - I left work and drove across the city and over to Rutland Water arriving at Old Hall in just over an hour.

John Drunkbirder Hague was just leaving, Dave Teaboy Gray was scanning and Ian Merrill pulled up just behind me. Good company for scanning across the expanse of the south arm. 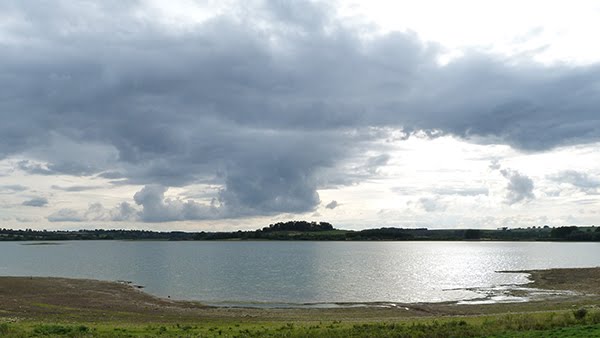 Scanning through the terns, I briefly got view of the White-winged amongst the Blacks, but the Whiskered was proving difficult to say the least. I diverted the scope across to the small island in the middle of the south arm and picked up the Purple Sand - at least that was in the bag.

Back to the terns, and it wasn't getting easier. There were a few Commics around aswell, and the terns generally were getting about all over the place. The shoreline was littered with Little Egrets (at least 10 I'd say) so calls of terns flying right just over the egret did not help.

We noticed that there were a couple of birders over in the hides on the far side, and one looked like Ben Croxtall. Dave gave him a quick call to check the status - they'd seen the Whiskered c45 minutes ago heading right (our left, which tied in with a group of marsh terns we'd tracked across a while earlier). Whilst the call was in progress, the Whiskered popped up again and we were on it. The scope views of all 3 marsh terns were distant, but with the Blacks making for an easy comparison we got them sorted. Excellent! A great hour and a half all in all.

I was so pleased I even had a quick look across Manton Bay on the way home. No sign of a Jack Snipe I'd been told about, and nothing exciting there. Not even the presence of 3 Rutland Ospreys could ruin the evening. 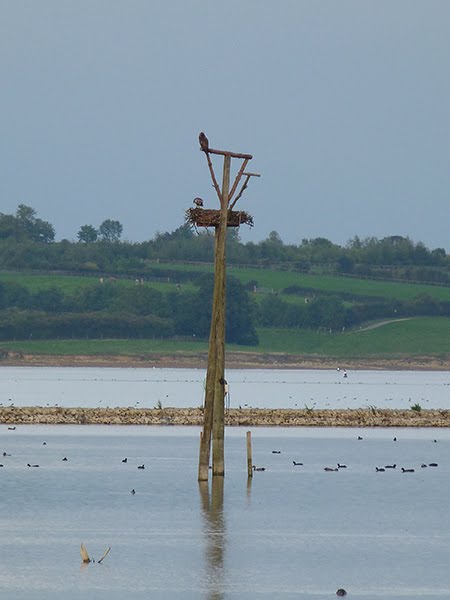