First up, for what it's worth, here's the garden trapping list for last night. Mild with cloud cover should've been good, but there was a strong persistent breeze which pretty much killed it. 72 of 17sp. with the only real highlight as such being the first Blair's Shoulder-knot of the year.


This afternoon on the way home from work, I decided to have a quick nose into the Soar Valley South Patch. As usual I've ignored it through the summer - I seriously doubt I missed anything, and in any case I generally drop out of even lame birding in the summer. I'm probably too early to see anything of interest on there even now!

A quick look at Grove Park produced, well, nothing. The only remotely interesting birds were all on the balancing pond.

When I say interesting, don't get too excited - they were a female Pochard and a pair of Little Grebes. There was this teneral male Common Blue Damselfly knocking about (thanks Andy). - I presume a teneral but no idea which species. 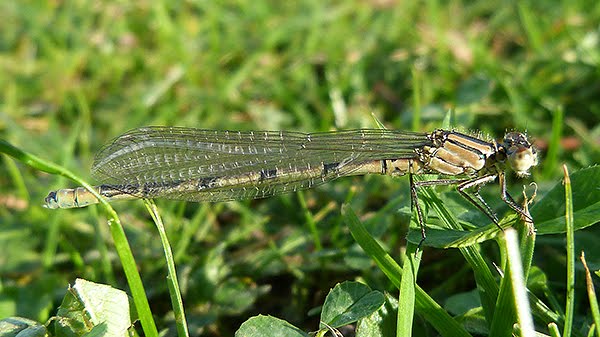 I then headed into Jubilee Park. Again the pool provided most of the interest with 3 Teal, 2 Wigeon, 5 Tufted Ducks and 3 Little Grebes keeping the usual Coots, Moorhens, Mallards and Canada Geese company.

Best bird though was a Reed Warbler skulking about in the vegetation and grasses along the River Soar. I tried to make it into something rare but my brain and conscience prevented any stringing. Aside from a Great Spotted Woodpecker and more Wrens than you can shake a stick at, it was quiet.

I spotted this thing on a dead willow - in fact there were two on opposite sides of the trunk. Anyone got any ideas? 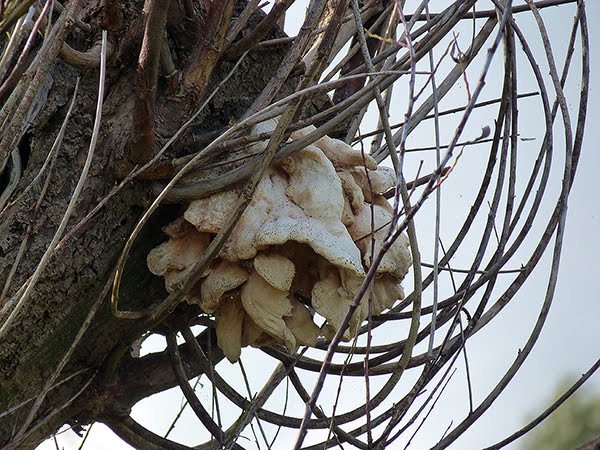 The damselfly is a teneral male Common Blue. Getting very late for any damsels now - this is usually the last species flying.

Thanks Andy - I was certainly surprised to find a teneral at this time of year.