The quakers, as usual, showed large variation in both the background colouration and the intensity of the markings. 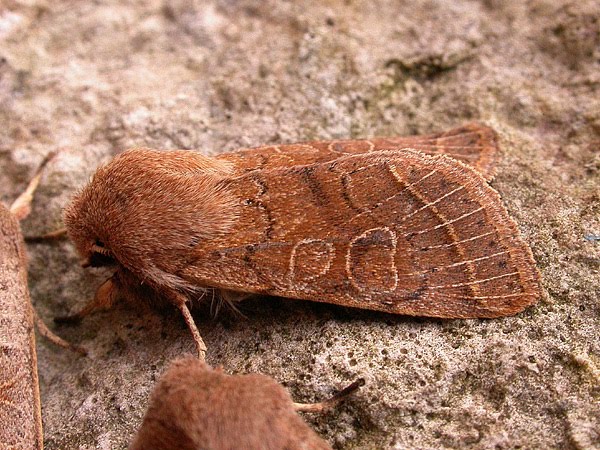 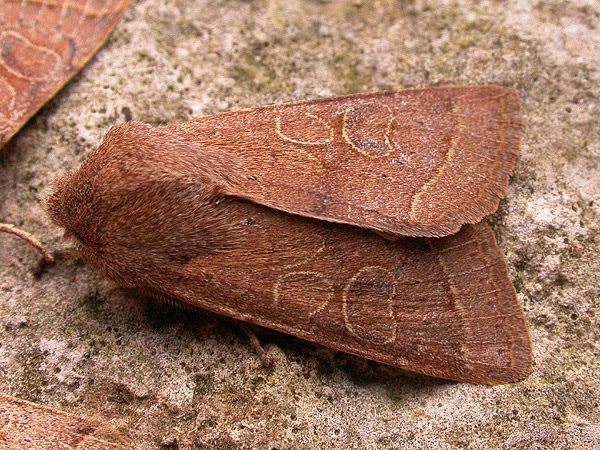 So far this March, I've recorded just 7 species over 6 nights when I've run the garden traps. I checked back through my MapMate records for the last ten years to see just how poor this was, and was surprised to find that in two years (2000 & 2001) I only recorded 8 species despite more trapping effort. 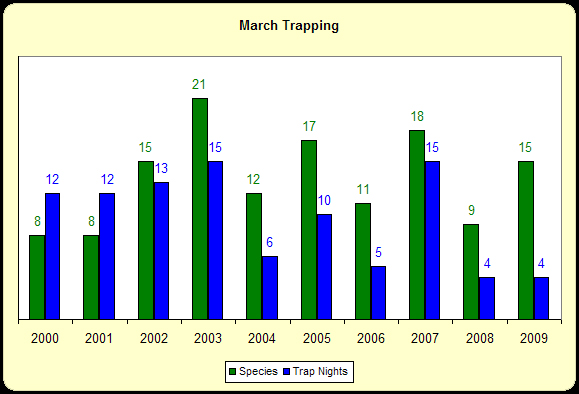 Prior to 2010, I have recorded 31 species during March in the garden through light trapping. With four nights still to go, there is every chance that I will pick up at least 3 species (Early Grey, Shoulder Stripe and Diurnea fagella). 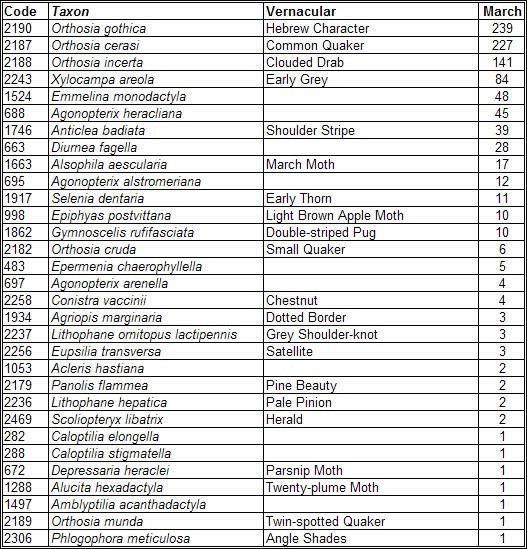 Its interesting to see your totals Mark. I like to compare to see how I'm doing in my first year moth trapping in March. I would like to get a Shoulder Stripe or a Herald. I once found two Heralds hibernating in our old coal house when I lived in a different village, but Shoulder Stripe woiuld be a new one...

No comparison so far Stewart - you are getting more individuals and more species! Things will soon perk up here though. Shoulder Stripe should turn up soon.

I'll keep posting the results through the year as usual. I tend to post full lists in the quieter periods and summaries when it's busier, like the 100+ species nights in July ....