Today was one of those superbly bright sunny days that make it really feel like spring - whilst you are indoors. Stepping outside confirmed that the bright sun was only giving the illusion of warmth - it was fecking cold!

I'd have loved to have got out and about early, but we had things to do and I also wanted to give my two gennies their annual service. The totality of the service, which for me has worked 100% every year so far, is: remove them from inadequate winter storage in the garden shed, take out and look at the spark plugs, leave the gennies outside to warm through, put the plug back in, yank the pullcord a few times and smile smugly as the two-stroke noise and blue exhaust gasses permeate the garden. None of this proper maintenance that the four-stroke gennies need lest they become expensive write-offs. 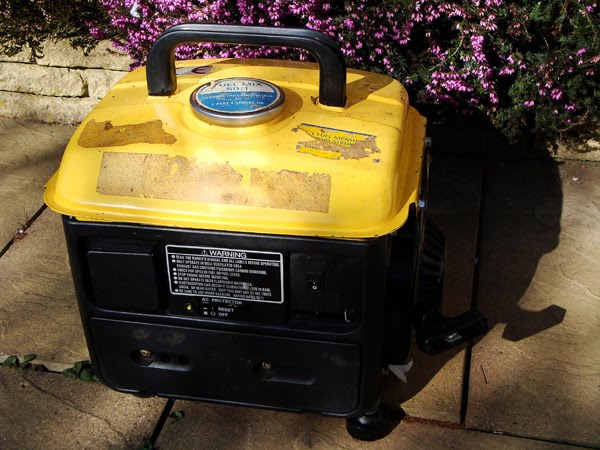 Cheapo chinese 650W continuous model (available in a variety of brand names). This gennie is superb value (cost <£90 inc VAT when I bought it six years ago). Runs 5 x 125W MV traps & cables or equivalent without issue. I have run it unattended for 9hrs+. It's heavy and noisy, but the cost makes it a no-brainer for leaving chained up to a tree with no worries about it being stolen (vs the £600+ you'd pay for a Honda EX-10i). 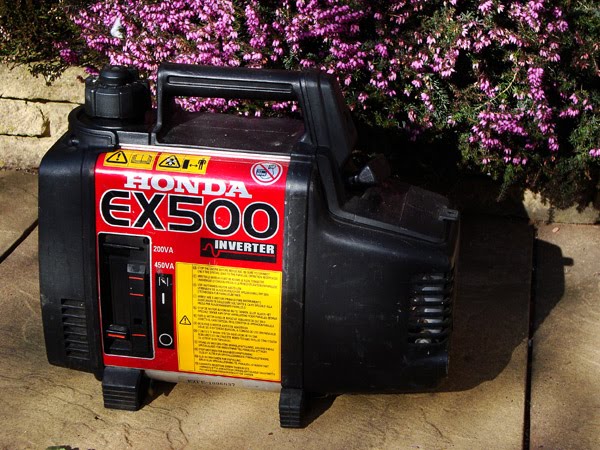 Technically not mine, though I've had it on permanent loan for so long it may aswell be. This small gennie is superb for carrying deeper into woodland, and will run 2 x 125W MV traps on the higher setting - only problem is it needs topping up more regularly.
Having sorted oursleves out, and assured myself that both gennies are at least available (and should survive another full season), I got on with my other main plan for the day - a late afternoon trip to Rutland Water. My first stop was an obligatory look at the main feeders by the visitors centre. Within 5 minutes I'd picked up 12 or so species, including Tree Sparrow although there were only a couple - maybe the rest were getting on with more important things. I was just thinking how annoying it was that the only sparrow I could get in the view-finder was House, when this suddenly appeared .. 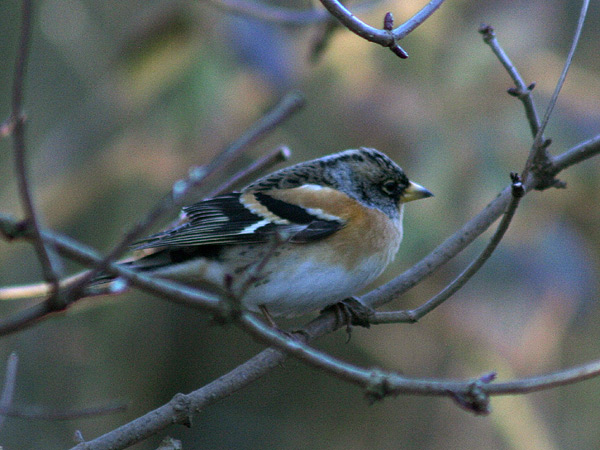 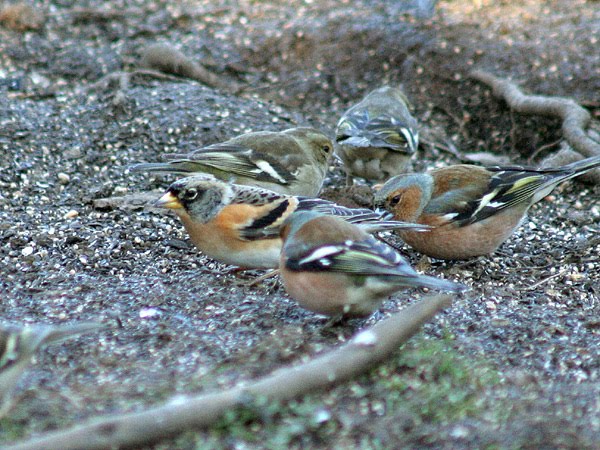 Makes Chaffinches look dull
Always nice to see Bramblings, and not sure there have been that many in Leics & Rutland this winter. I then headed straight over to sit and wait for my main target for the day - Otter.

Otters appear to be doing well in VC55, or at least they have a very wide overall distribution from recent reports. Seeing one is of course another matter, and I've never seen one anywhere. This is largely down to me never having made much of an effort to see one, but I have spent enough time in Devon over the last 20 years (Nichola's family live there) that a chance sighting would not have been unexpected.

On hearing earlier in the week about one having been seen on consecutive evenings emerging from the reeds and climbing up to scent mark a tern raft, I though it was worth having a go to see it. I'd also seen John Wright's superb sketches and photos on his blog.

Whilst waiting patiently, I was entertained by a singing Cetti's Warbler, a redhead Smew, a great pair of Curlews that dropped in to roost for half an hour, a pair of flythrough Oystercatchers and a superb Barn Owl. Plenty of commoner wildfowl on the water as well, notably displaying Goldeneyes and Great Crested Grebes.

The patient wait was starting to wear a bit thin as the sun descended and the coldness got colder. By 18:00 I was coming to terms with failure and thinking about heading off. A few others had joined the search though so I decided to stick it out. Suddenly, the shout Otter! went up and there it was clambering on to the tern raft. It then disappeared for a couple of minutes before launching itself back into the water and zooming off across the lagoon. All of this in very low light and at scope-only distance. What a fecking disappointment! I saw an Otter, badly. I am now more determined than ever to see one properly, preferably feeding on a shoreline in Scotland.

In fact, the only mammals I enjoyed seeing today were the lambs - is there any more iconic image of the British Spring than a suckling lamb in the sunshine? 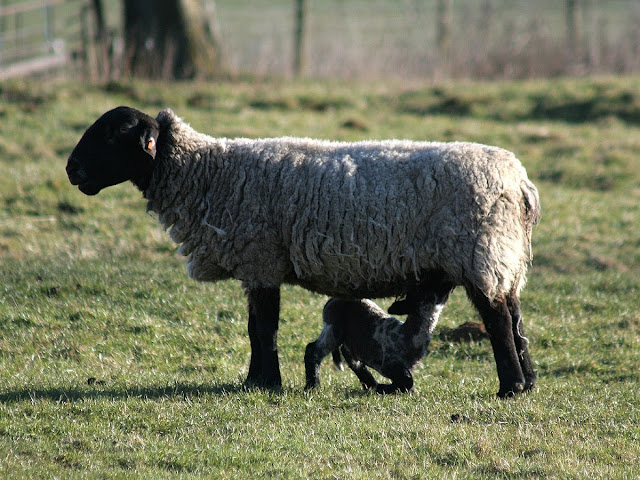