Thanks to the general crapness of my archaic PC, and the ridiculously long time it takes to process anything, this is a day late.

Yesterday morning I needed to get some stuff and refuel the car, so I took the opportunity to nip into the most north-westerly part of my extended Soar Valley South patch - Grove Park. Before it was built up and became Grove Park, this area used to be a good site for the odd passage migrant and breeding LRPs. The latter are more than likely gone for good now, but still a good chance of the odd Wheatear like the one I had there in October.

I drive past this area every work day, and yet driving into it and stopping to look around is a right pain in the arse during the working week as the roads all around it are major traffic routes. On the face of it, and looking at it from the very busy adjacent roads, it is the most unlikely site you could imagine to walk around with bins and scope. Key outlying features that make it seem a bad idea are the M1/M69 J21 interchange (3) and the huge out of town shopping complex Fosse Park (4) with a big Sainsbury's just across the road to the west of it, and the Everard's Brewery just south. 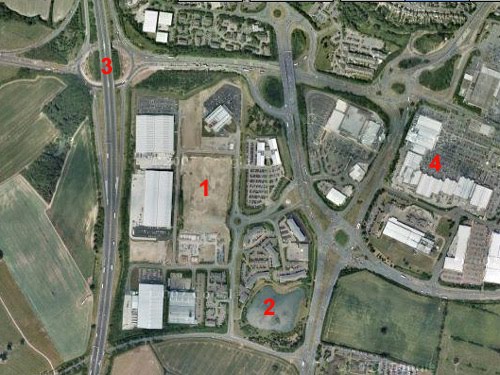 Nevertheless, surrounded by industrial units and modern office units, there remains a large rough marshy 'scrape' which has so far survived (1) - though it is a bit smaller than this satellite photo now as a new obviously vital strip of empty tarmac car park has been built on the northern edge. Pretty much as expected, no immigrants in the area, but the scrape held 5 Lapwings and - amazingly - 26 roosting Snipe. I would have loved to wade through the area to check for Jacks but even on a Saturday there were people about that would frown on the trespassing.

The other part worthy of mention (just) is the large balancing lake (2) which holds small numbers of common wildfowl and usually a few loafing gulls. 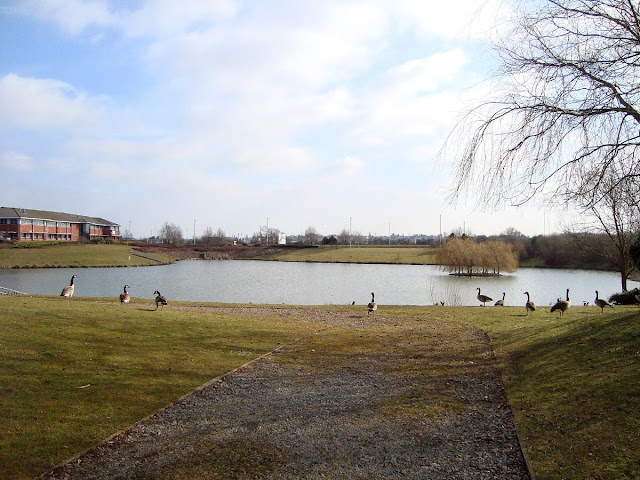 Apart from these geese, the water held four pairs of Mallards, a few Tufteds, the odd Coot and Moorhen, c50 Black-headed Gulls, and a few Pochard roosting on the island. No Great Crested Grebes though - usually a pair at least. This lake is the most likely site on my whole patch where any interesting ducks or gulls will appear - not much chance then. This is also where I expect my first on-patch hirundines and Swifts. 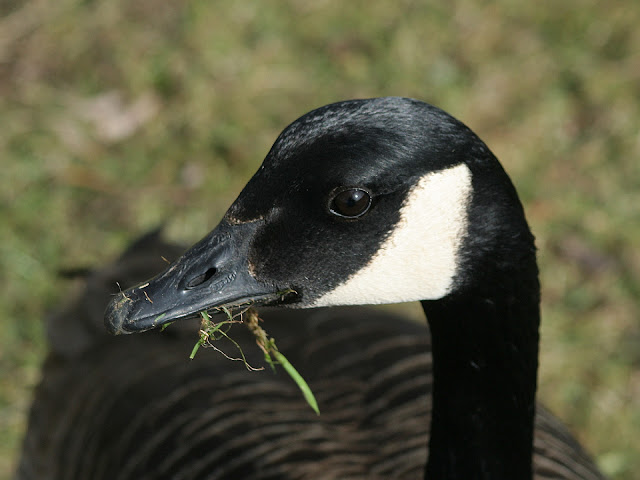 The goosey equivalent of having spinach stuck in your teeth? 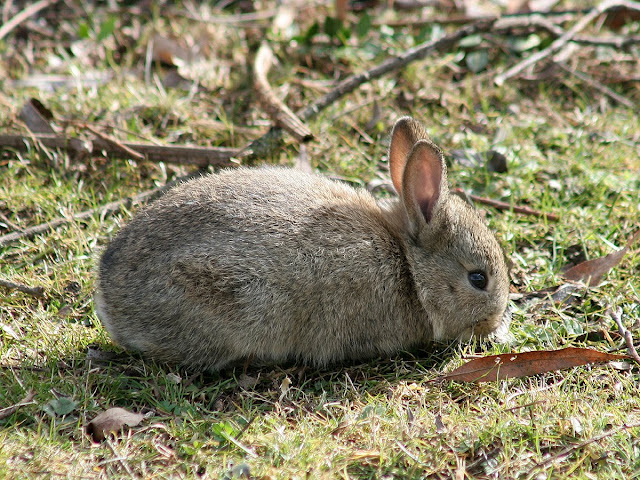 Quite a few Rabbit kittens about - good news for the local Buzzards
Later in the day, during a family bike ride down the lane and beyond, I was pleased to see Lapwings in full blown breeding flight display - superb aerobatics and I love to hear their calls. Looked to be four pairs in the same field - will check on them again soon.
Aside from 3 Agonopterix heracliana the moth trap was empty this morning, and I've been otherwise engaged for most of the day so nothing else of note.
Posted by Skev at 23:46