The rain had stopped by early this morning - at last. Instead, a thick heavy clag had set in. Undeterred, I took the optimistic view that with the light south-westerlies and then the clag, immigrant Wheatears would have been dumped all over the place. I headed over to Huncote Embankment to search for them. 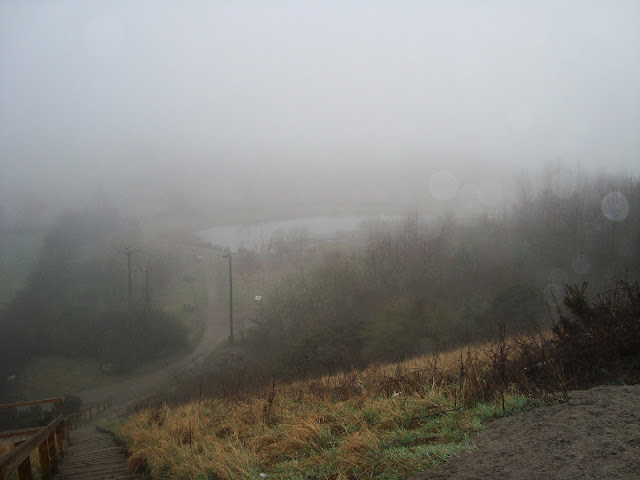 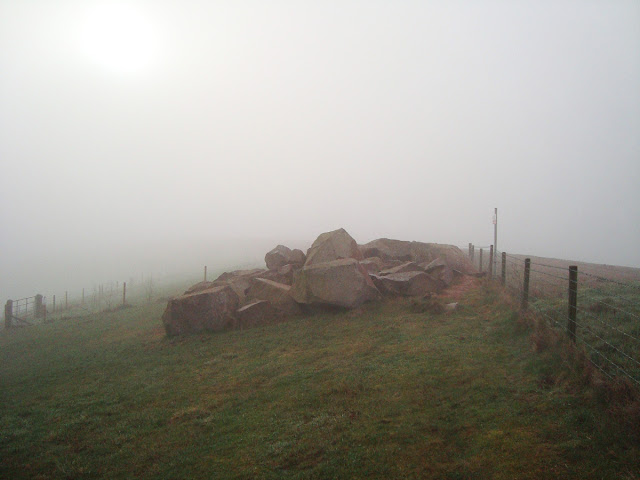 Despite the clag, I could see that the sun was trying its best and after an hour or so visibility was much improved (and as I type it is now a nice sunny morning).

Sadly, no Wheatears - the only avian interest being the massed choir of singing common birds and drumming Great Spot. I also had a quick look around the pond but no sign of any frogspawn (or frogs). It was good though to be out in the peaceful morning. 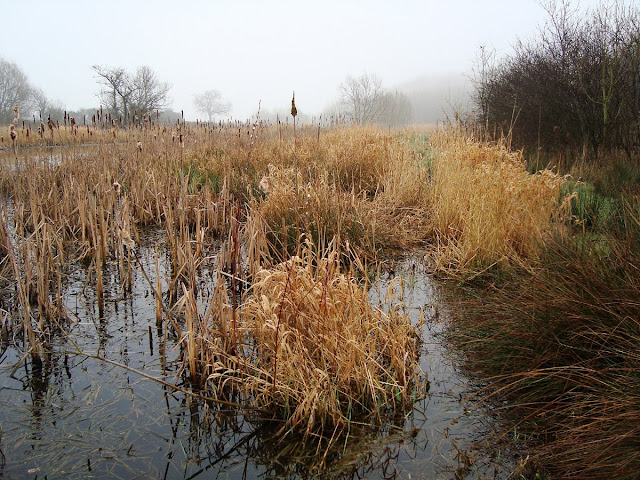 Afterwards I went to look over a nearby quarry, and soon found my targets - Peregrine and Raven. Good scoped views of the former, and brief flyover calling version of the latter. I came home via the lane and checked the Lapwings from last weekend - still four pairs present though they were all milling about. I also had the regular Little Owls.
Posted by Skev at 11:26