Like the other two CenterParcs we've been to, all of the accomodation at the Sherwood Forest site is surrounded by mixed woodland and lakes, ponds and streams. They are not managed like reserves solely for the benefit of species diversity and conservation, but they certainly do a good job of keeping a healthy balance between their main business of tourism and creating a wildlife rich habitat. I guess for a lot of their visitors it's as near to nature as they get!

Sadly this time the car was just too loaded with useless crap like food and clothes to fit a moth trap in. I had to resort to checking our villa windows and various lit signs and maps around the complex. Tungsten lighting just doesn't attract moths like a decent UV rich light source and I only saw two species during the week - Yellow Horned and Engrailed.

Grey Squirrels and Rabbits were both extremely common on the complex - virtually impossible to walk/cycle anywhere without seeing several. No deer this time though - we have had both Roe and Muntjac on previous visits to Elvedon and Longleat.

As ever, the villa 'garden' attracted a wide range of common woodland species, plus the odd visitor from the lakes and ponds and surrounding farmland, like: 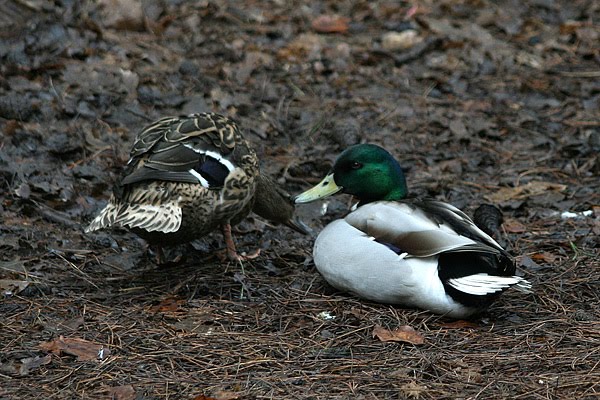 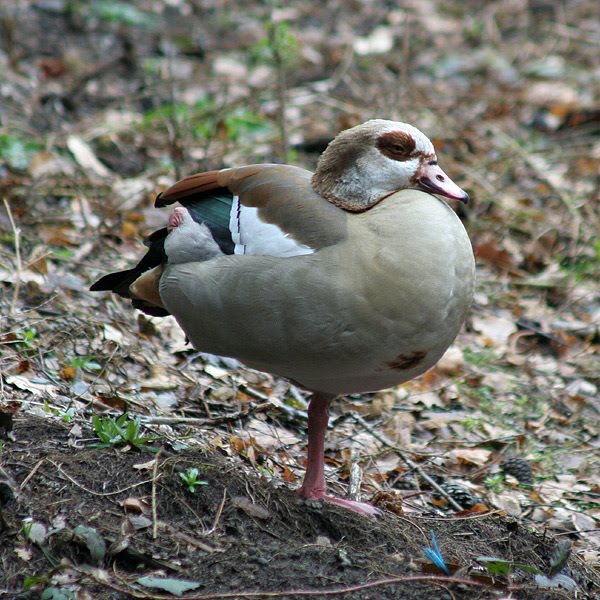 Egyptian Goose (!)
The main lake was populated by several pairs and first-year Mute Swans, loads of Mallards, a few Canada and Greylag Geese and at least one pair of Egyptian. Coots and Moorhens were everywhere - water, woodland and paths. Also a couple of pairs of Tufted Ducks on the quieter lakes. 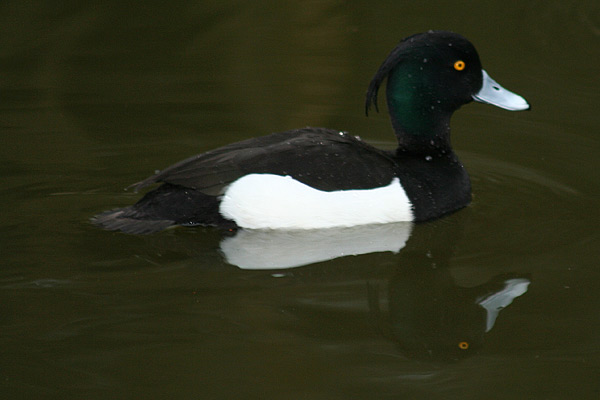 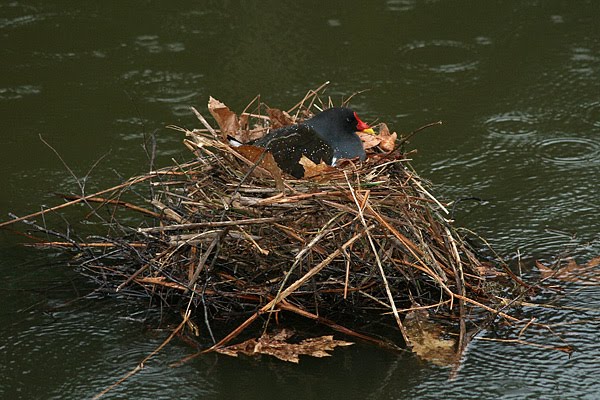 By far the most noticeable wildlife event of the week though was the mass-emergence and movement of Common Toads that started on the Tuesday evening after rain. They were absolutely everywhere. I helped loads off of the road and pathways near to our villa, but even in a traffic-free zone there were a lot of casualties evident the next day around the complex. 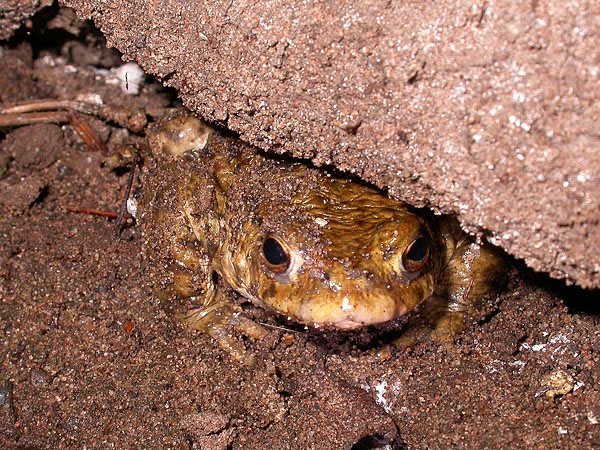 You can't see me, right? 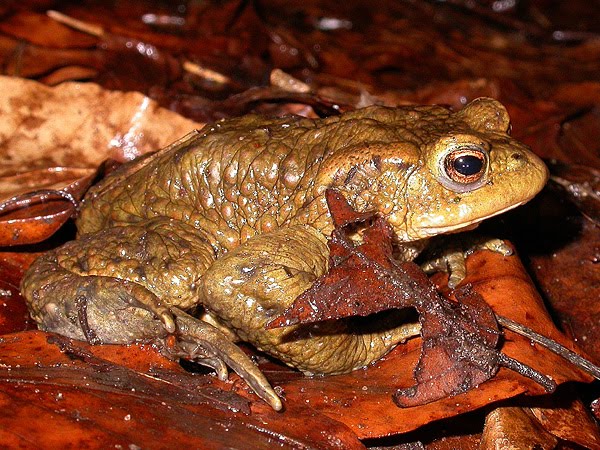 Saved
The kids found this pair 'wrestling' in the morning, wedged into one of the slots of the mud-grate just outside the villa door. 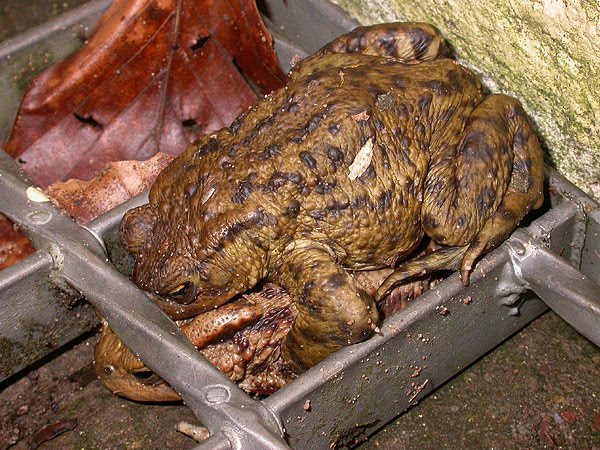 'Ask her ref ...'
The next night was also busy. I took the opportunity to check our nearest pond on Thursday and found several pairs clinging onto twigs or below the underhang of tree roots. 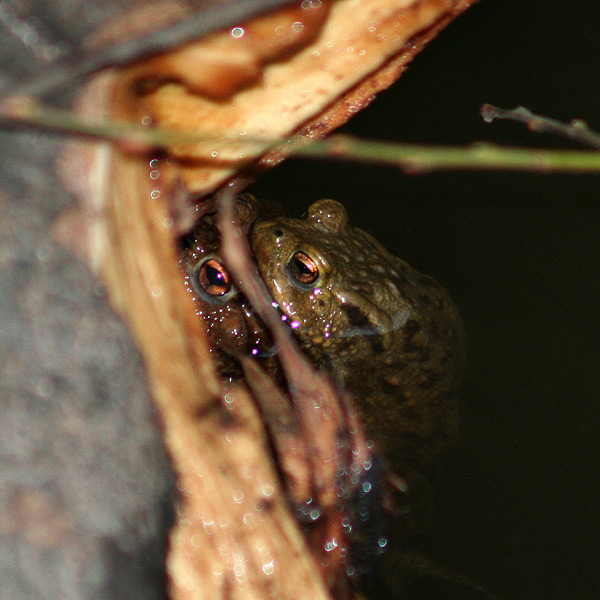 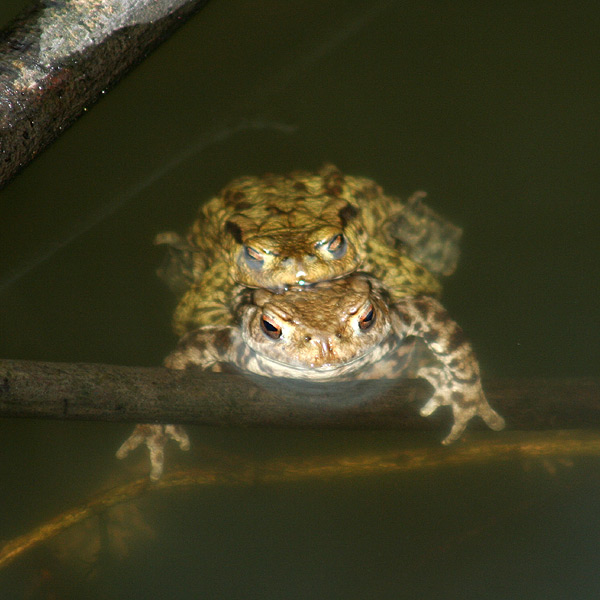 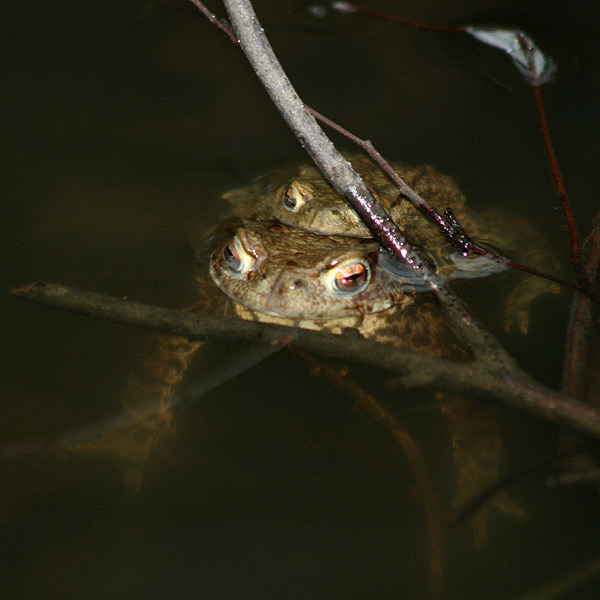 It was great to see so many pairs safely in the spawning grounds.

Meanwhile, someone spilt their seed on a pathway which lead to a bit of argy-bargy bewteen a Squirrel and a Woodpigeon ....... 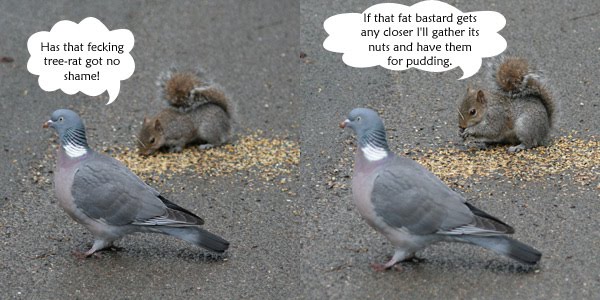