Life in plastic - it's fantastic

One of the most engaging things I played with when younger (apart from myself) was Lego. I used to spend hours building nothing in particular with windows or wheels. Josh is particularly keen on some of the Lego themes (Knights and Bionicles), but not so much the basic building. On Saturday we had a full family day out at the Legoland theme park in Windsor - we'd been before a couple of years ago but it is much too big to do everything in one day. As you'd expect the main attraction for the kids are the rides - most are just right for Josh and Alex but Isabelle is more into the proper churn your guts up roller-coasters now. In between the obligatory queueing for rides we had a great day out, but one thing I really enjoy at this place is that there are Lego models tucked away all over the place, including birds and a Lego 'safari' viewable from some of the rides. There are also big Lego models of various cities and landmark buildings which really have to be seen - some stand taller than the average bloke. Lego is by far the best thing to come out of Denmark! I've seen some plastic birds in my time, but these really don't take the biscuit ... 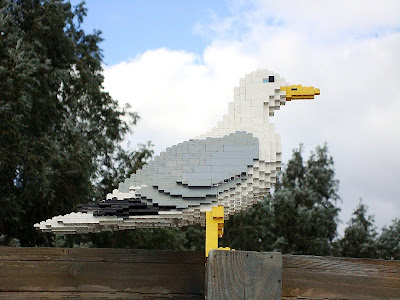 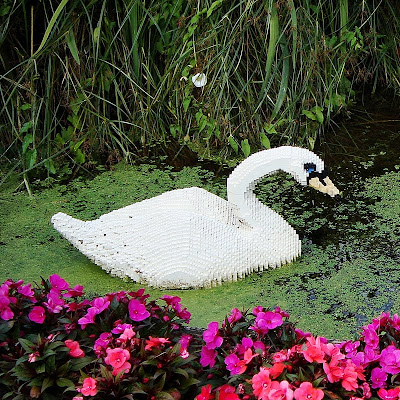 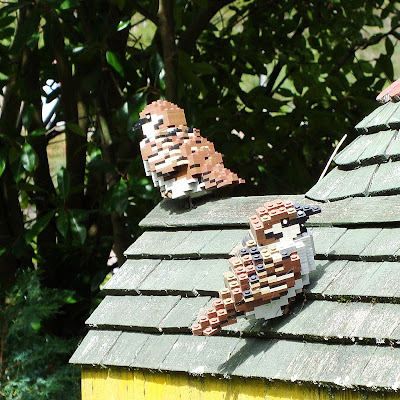 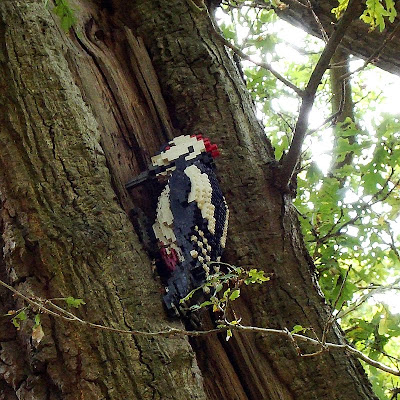 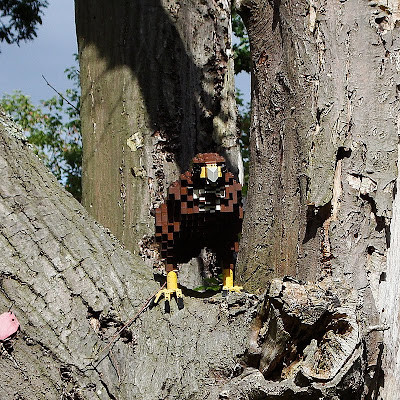 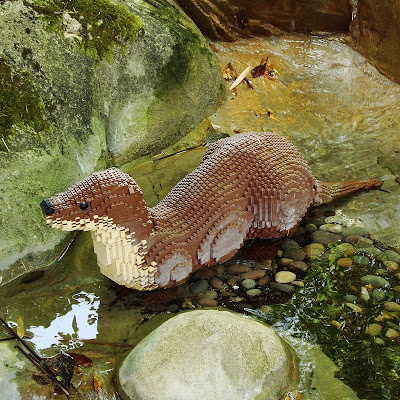 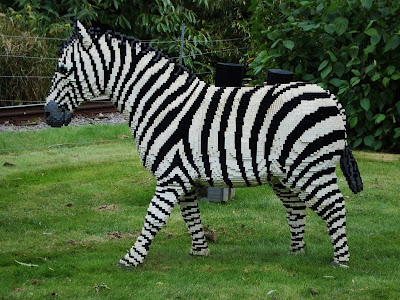 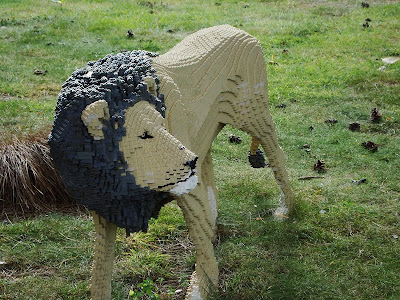 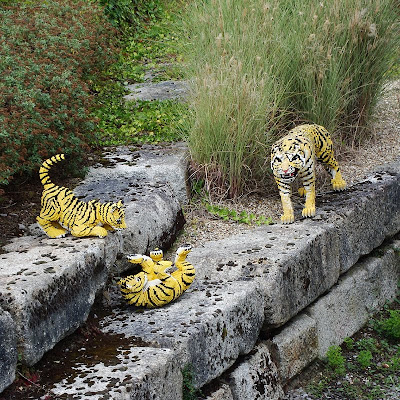 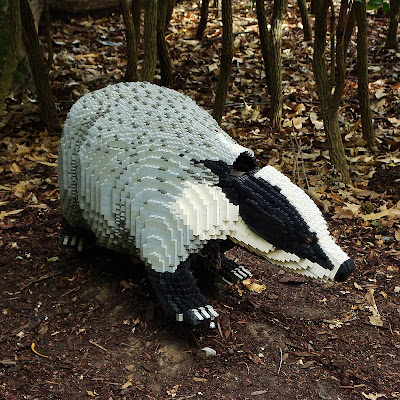 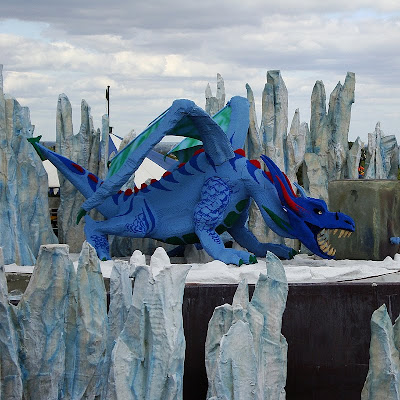 This dragon was huge 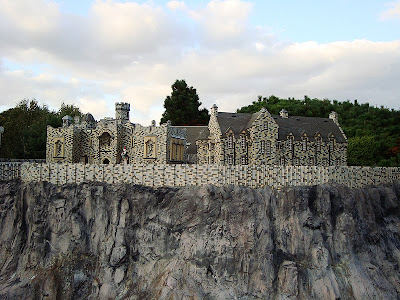 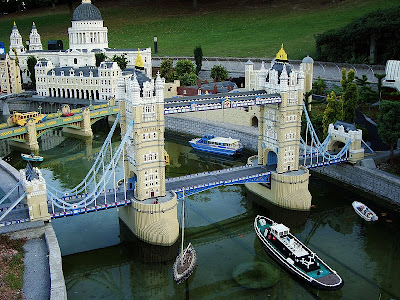 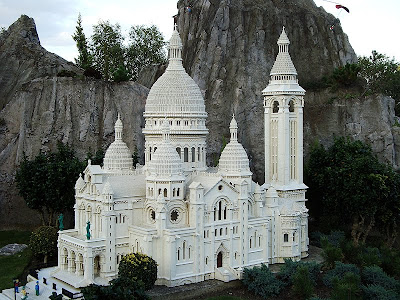 Not the Notre-Dame, actually the Sacre Coeur 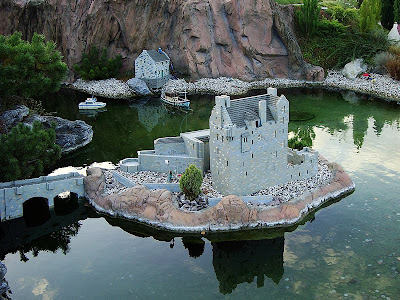 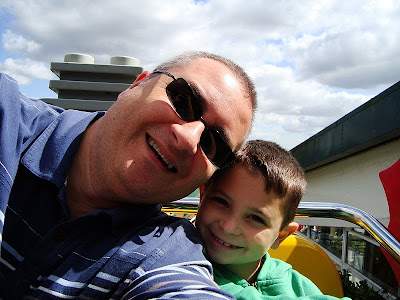 Me and Alex on really fast and exciting ride ... 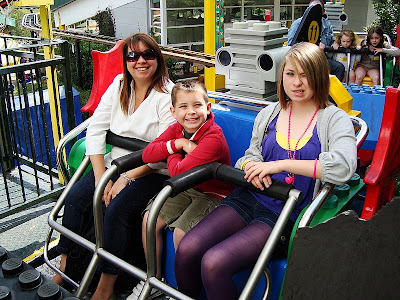 Nichola, Josh and Isabelle - who was clearly not overly thrilled on that one 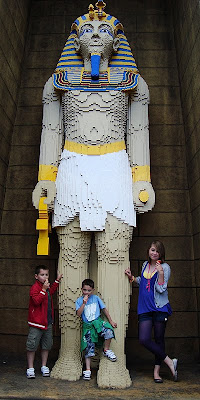 A bloody big Lego Pharoah and ice-cream kids
Posted by Skev at 00:19

Sorry to be pedantic Mark but that church isn't Notre Dame it's a model of the Scare Coeur.

Ah yes - that makes more sense as it was near a Montmartre scene. Clearly my ID skills of historic religeous buildings is not up to scratch.

Impressive stuff! On a similarly pedantic note to John's though, surely (despite the misleading habitat) those are Tree Sparrows rather than House Sparrows? Brown crown, white cheeks with black spot and small bib?

Yes - Andy, I'm sure they are. Doesn't fit the Lego-esque caption though :-)