Today we said farewell to Adrian at a very calm and celebratory ceremony, with wall to wall sunshine outside and a strong attendance. It was good to see a few faces for the first time in a long while thanks to Covid etc, but clearly not in the circumstances we wanted to be meeting.

That should have been the toughest part of the week, but it isn't. I'm not going to lie, whilst I've been putting on a brave face and fronting things for a while now I'm pretty apprehensive about what's coming.

My life has been a rollercoaster since early 2019 when I was suddenly very ill indeed, got diagnosed with rectal cancer and since then I've had three separate operations, two different lots of radiotherapy and two lots of chemo. The last surgery in October 2020 was radical and life-changing - I've not spelled it out before but I'm sure some realise that I have a permanent colostomy with absolutely zero chance of reversal. You'd think by now I'd be over it, but it seems that all of the treatment and surgery so far is not quite enough. My cancer is starting to come back - right in the place where it would have been before having body-parts removed. Thankfully for now at least, there is no sign of any spread; whilst it is a pretty resilient cancer it doesn't seem to be malicious enough to try and finish me off. Not just yet at least. So I have another shot at getting rid of it for good, but this time I am facing even more major radical surgery and at the end of it I'll be pretty empty below my navel - no bladder or prostate, but helpfully I'll have another bag to balance me out ....

I've come through surgery and just about got back to as near a normal life as possible. I've not been as constrained as I may have been, and I've been able to enjoy stuff like festivals, gigs, West End shows, football matches home, away and abroad, beers and curry and - not least - getting out and about to enjoy nature when time and weather allow. I know I will do all that again, even though it will be tough again, but that doesn't clear the nagging doubt in the back of my mind about what if this doesn't work.

I'm not planning on going anywhere any time soon though, and certainly will not be going without kicking and screaming. But you can expect this blog to be quiet for a while. I go for surgery on Thursday and am likely to be in the hospital for a couple of weeks, and then I am back at the start of the long road to recovery again. Whilst I'll be trying to get back connected to the world asap, I doubt I'll have anything to post for a while. But of course as soon as I can, the garden light and pheromone traps will be out again so you never know.

For now I'll share this one, a beetle that has few VC55 records and was a complete surprise in my garden pheromone trap this afternoon (with FOR lure deployed hoping for Red-tipped Clearwing). This is Triplax russica - new for me, and perhaps just the fifth or sixth for VC55 (four reliable records, a possible fifth, last in 2005). Excuse the moth scales that it has picked up whilst having a jolly time in the pheromone trap. 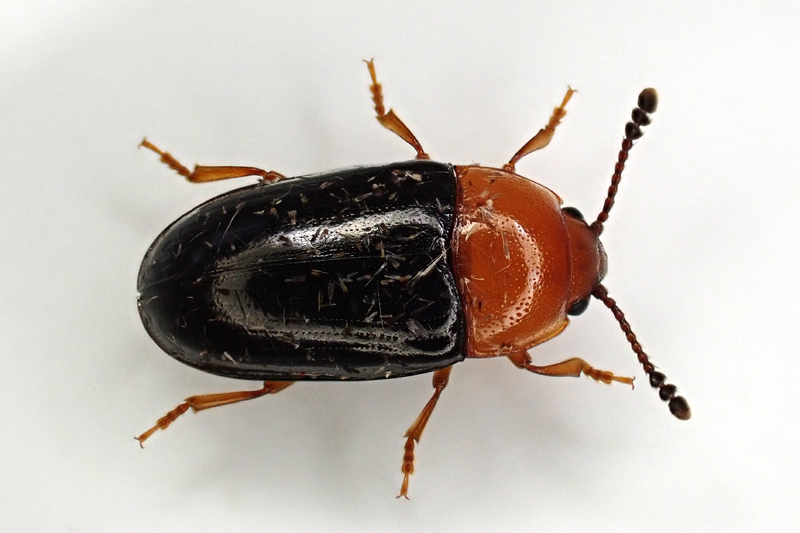 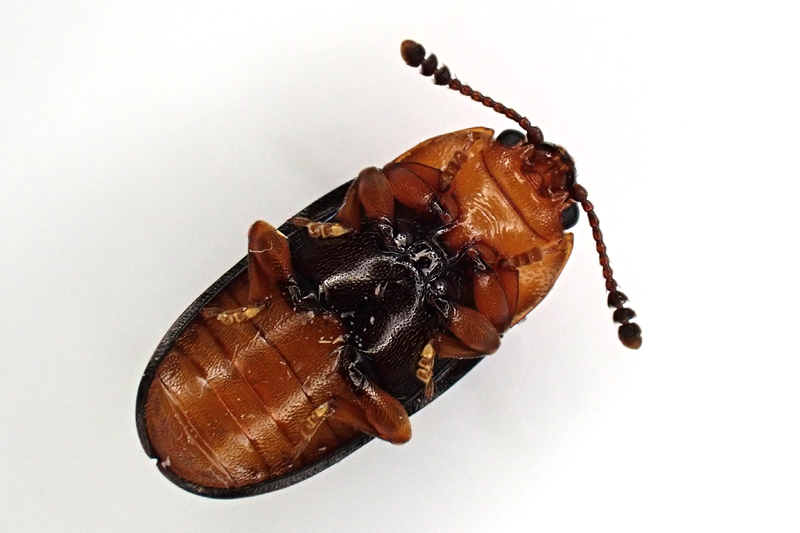 You have my sincere very best wishes, buddy. I hope everything goes as well as can be expected and that you're back here entertaining us again soon. Remember, it could always be worse. You could be a Villa fan, like me... Catchya soon mate (insert hugs but no kisses emoji) (well, not with tongues anyway...)

My thoughts and best wishes go with you and look forward to more of your excellent postings in the future.

All the best Mark, your Blog is a regular watch for me as we share similar interests although Lincoln City is my team.

Will be thinking of you, Skev. Take of yourself and hope the recovery goes well

Cheers - will be back posting top music links and the occasional snap before you know it.

This post has taken me aback Mark. Whilst we have only met in person once, I feel I have known you through the internet for donkeys years and see you as a friend. I wish you all the very best and hope the surgery has the best of outcomes. All the very best wishes to your family too who I know will be going through a rough time with you. It'll be great to see you back on here soon...Love Stewart.

Hmm, well - looks like the silence will be very brief for now. Arrived at the hospital this morning for 7:15 admission, spent a couple of hours going through the routine whilst apprehension rising, sense check chat with the surgeon etc etc. 9:30 - told the op would have to be postponed as no ICU bed confirmed. The surgery is very high risk, they will not start if no confirmed bed available. They can plan theatre, surgeons and anaesthetists - can't plan ICU, and given it is the main hospital in Leicester with the only A&E then always likely to be busy in ICU. So now a waiting game whilst trying not to feel like a dead-man walking ....
So now off to see Gary Numan - a gig I fully expected to be missing.