So as some may have picked up from posts on Twitter and Facebook, or my comment on the last post, my planned surgery did not happen. Which was bloody frustrating to say the least, and left me feeling a bit bewildered after having got myself psyched up and ready. I'd spent a couple of hours in the surgery pre-prep area being checked, interrogated and having had a chat with the surgeon - during which he helpfully told me that my pre-op scans had shown that the x3 growths had indeed grown a bit more during the c4wks since the last scans. The op is very high risk, mainly due to excess bleeding, sepsis, possible damage caused by the surgery etc, so they absolutely know I will be in ICU for a couple of days. The op is also a long procedure, at least 8hrs. So to go ahead, the team of surgeons/consultants involved (there are four completing various parts of the surgery within their area of specialism) all need to be available, the theatre needs to be triple-booked for the longer time, and there needs to be a confirmed ICU bed available. They can plan the surgeons and theatre, ICU is completely down to chance and given that the hospital has the only A&E department in Leics. then it is always likely to be busy. So I was left thinking the worst - what if the next date is another six or seven week wait, will that be too late to have the best chance of success ....

Once I'd had something to eat and drink, and pottered in the garden sunshine, I pulled myself together enough to nip out for a brief walk at Croft Hill. Whilst out I remembered that I had a ticket to see Gary Numan that I'd obviously expected to miss and had not been able to pass on. So when I got home I decided to sort myself out, get the moth trap set and bugger off for a beer and some noise. A great gig, and complete contrast to the more sedate and intricate Divine Comedy gig I'd been to the previous weekend.

Anyway, I got a call from the hospital yesterday and have a new date - 15th June. Not as soon as I'd like but at least not as far off as I feared. I'm back to how I was before this debacle and just focussing on the now, including getting back to work after a week out.

The moth trap on Thursday night was fairly busy, but best of the bunch was a not particularly spectacular looking pug .... 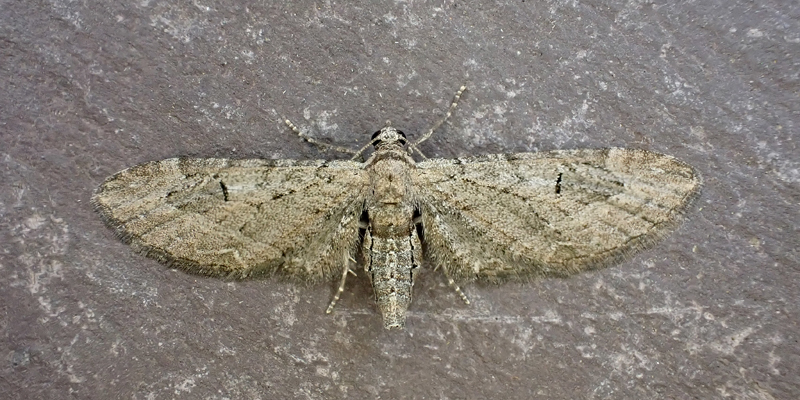 Angle-barred Pug (f. fraxinata = Ash Pug)
I nearly overlooked this in the early morning light, but noticed the straight costa, narrow long-winged look and that the weak markings were a bit too uniform to be due to wear. Of course in decent light and with a fully awake mind it's obvious what it is - though I wonder if I've overlooked it in the past. A first for the garden and the first I've seen in VC55, having only seen it previously in Devon.
A few others from the trap ... 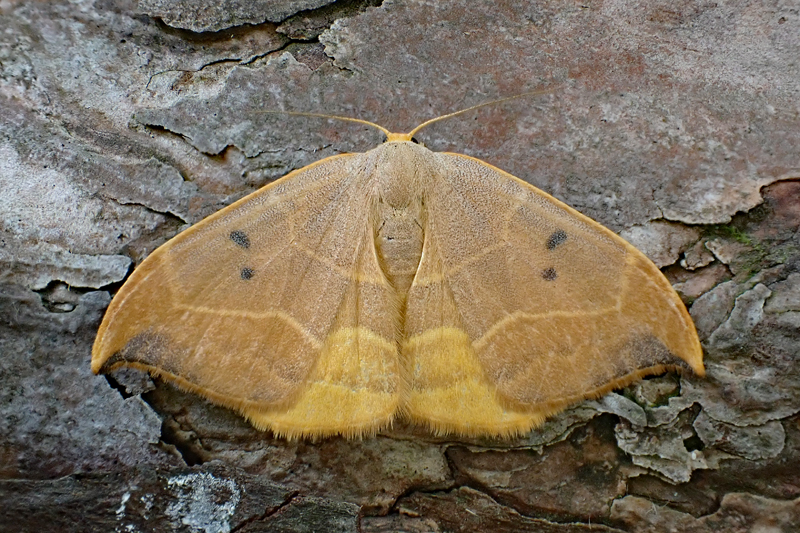 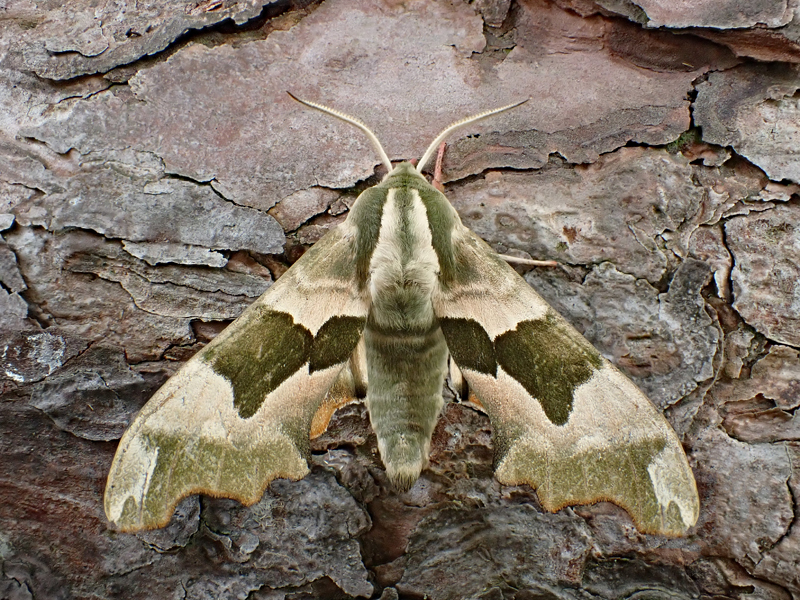 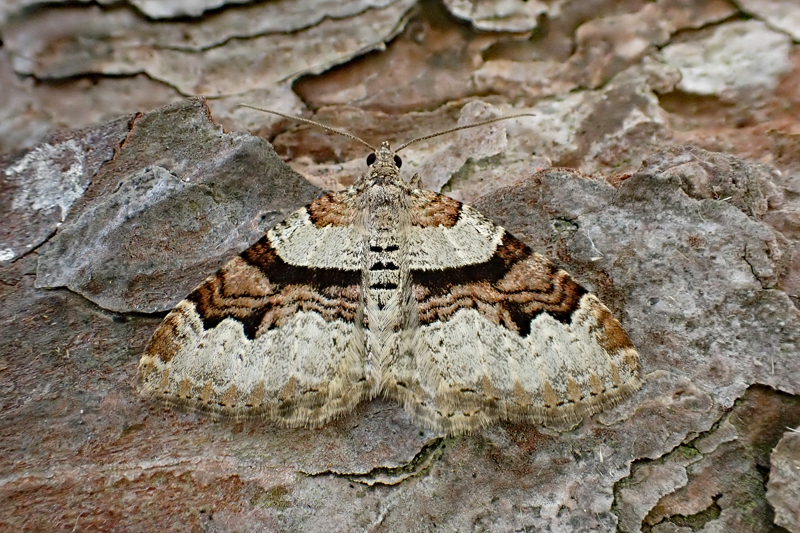 Flame Carpet
I pointed the camera at a couple of bits up at Croft Hill too. Back on 12th May whilst unsuccessfully dangling lures I found a handful of first instar larvae on small Aspen saplings. I was sure they were Puss Moth, but had no camera and wasn't going to take a couple to rear knowing I'd be away for a while. So I had another look and very quickly found another handful on the same area of Aspen saplings (there are loads), now in what I think is early third instar. This seems very early, but would mean the eggs were laid in late April and over the last five years at least we've been seeing Puss Moth adults to light from c20th April, so a clear shift in phenology. 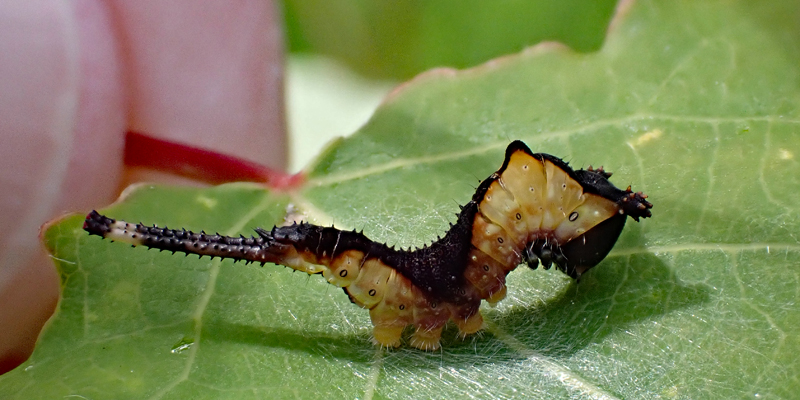 There were plenty of Cantharids knocking about too, though only Cantharis rustica got snapped .... 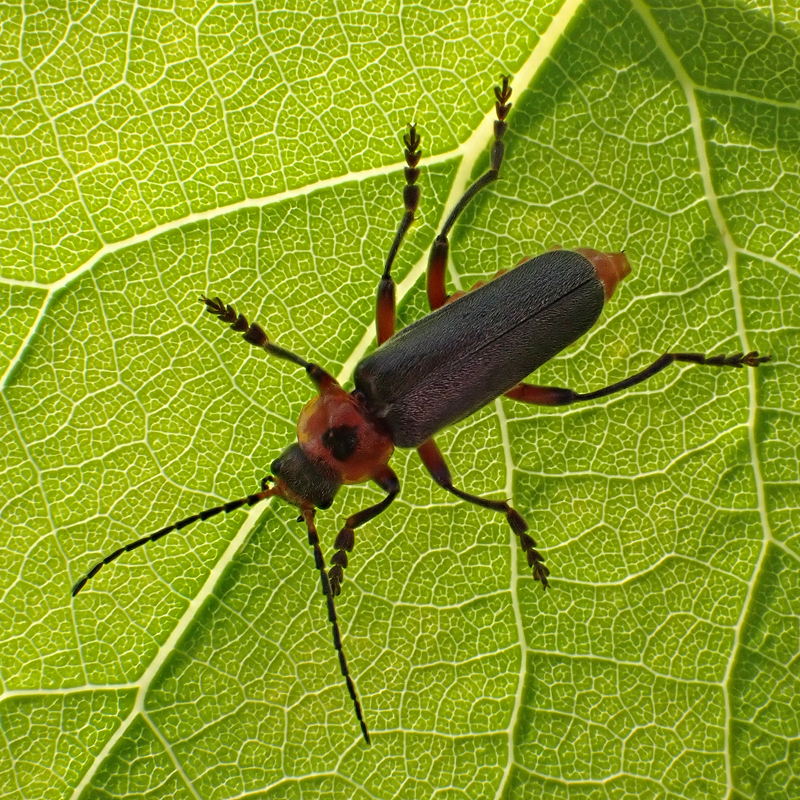 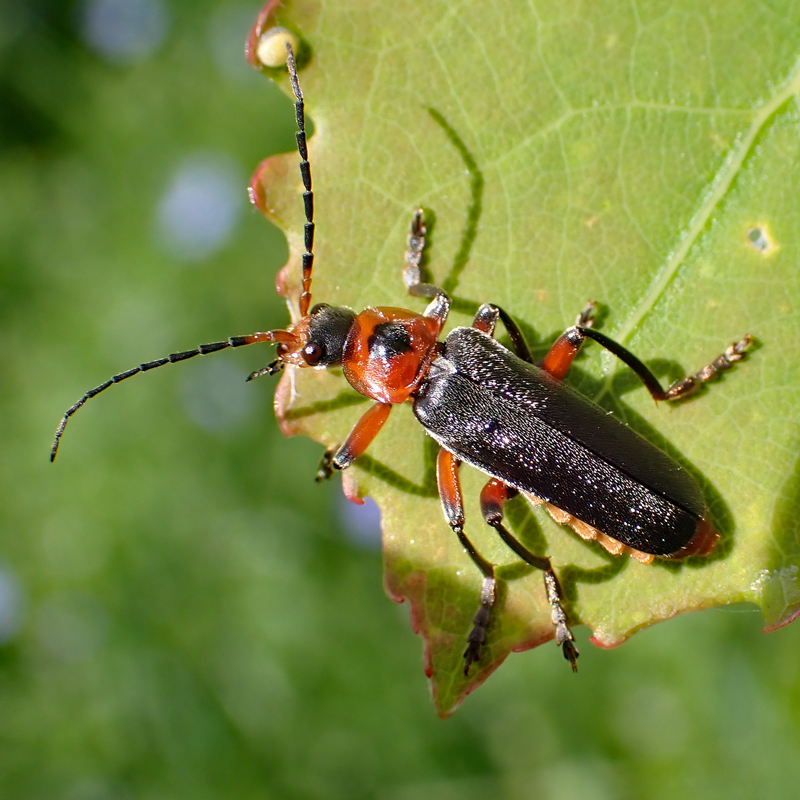 The garden trap last night was not so busy, but the diversity is still picking up. 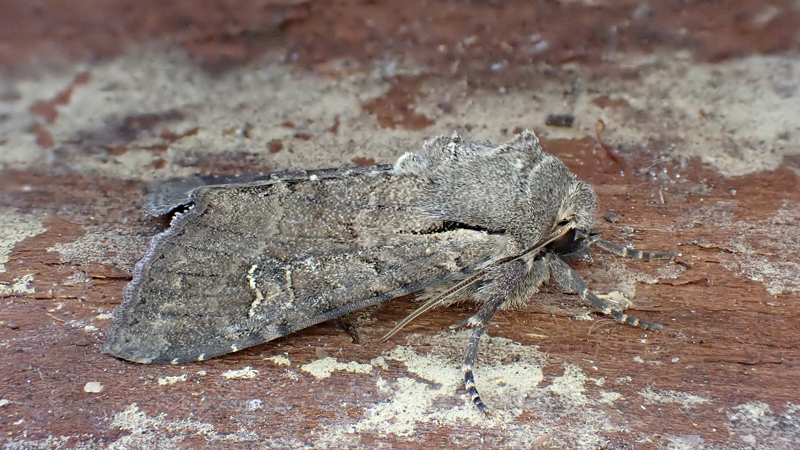 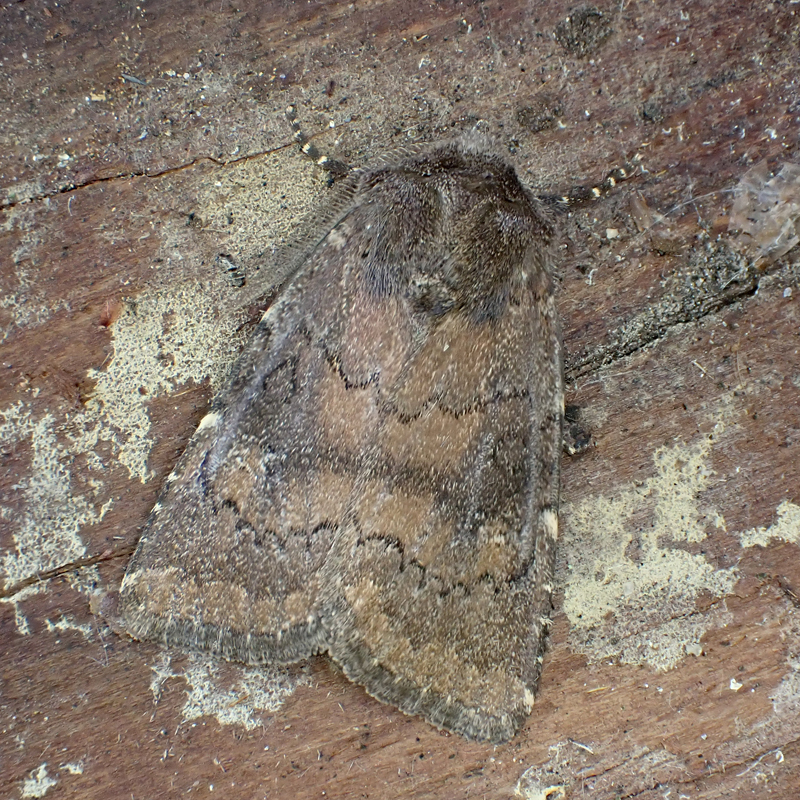 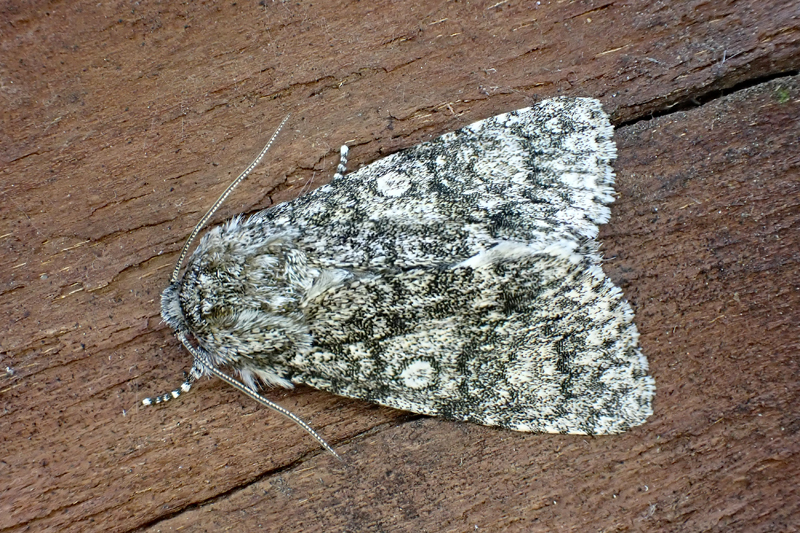 Poplar Grey
Given the move in surgery date, I'll also be able to go and see The Wonder Stuff in June - but I'll still be missing the Isle of Wight Festival.
Posted by Skev at 11:42

Hope things fall into place for mid-June and the surgery goes well. Not sure how I'd get my head around it, just going to the dentist for an extraction winds me up. 2nd hand, Louise has had a couple of dos, tho', the last one three years ago was scary involving drilling into her skull and wrapping a nerve with Teflon. Sounds mad, but brilliant NHS surgery and after-care, and an excellent result. All the best.