I got Nichola to take me out today so we could enjoy a walk in the still, bright sunshine - a world away from the shite weather overnight. We headed to Watermead Country Park South; I knew it would be busy and we knew there was a risk that the easy footpaths would actually be underwater - but it was fine and we enjoyed a good hour and a half walking around. I was hoping that there would be common waterfowl and gulls to point the lens at, and I was without any other optics on the basis that if it was not close enough to photograph it didn't matter what it was. But I was completely unprepared for any ornithological interest beyond the common stuff.

There is a large car park at this site, and the nearest area of water to it has over the last couple of decades at least become a feeding area. I've moaned about that before, but at least today I could see lots of floating lettuce leaves and grain spilled out all over the place - much better than bags full of loaves of white bread. As I watched the Mallards, Mute Swans, Coots and Black-headed Gulls constantly fighting over the spoils I suddenly noticed this floating about like a lumbering biscuit .... 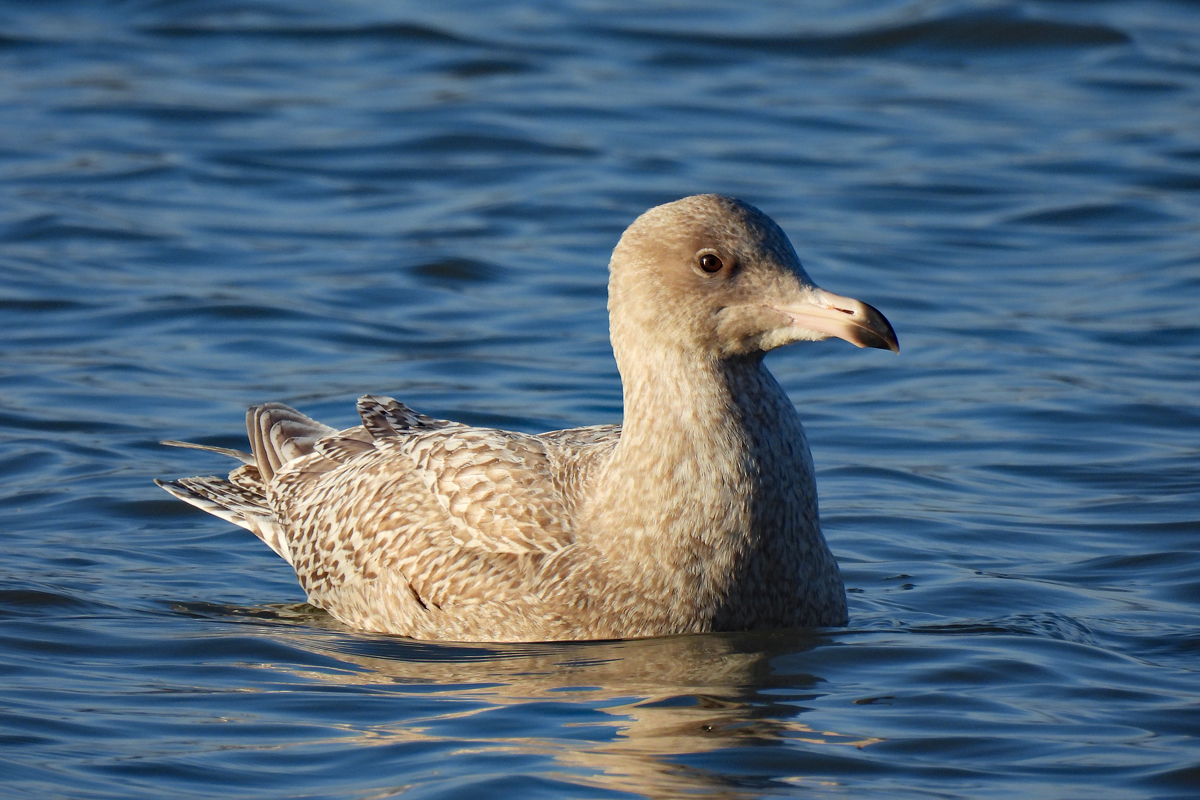 My immediate thought was juv Glaucous Gull, based on its size (pretty big, Herring Gull sized and perhaps a tad larger), pink basal section of the bill, apparent lack of grey/black tones and brown-centered primaries with white tips. The legs were bubble-gum pink coloured, and in flight the primaries just appeared pale.
This is far from a prime site for large gulls. And I am far from a larophile. Large gulls are not my favourite group of avian beings, and I just don't get excited about the minutiae of identifying them. Still I couldn't ignore it, and I got a good number of shots as it loafed about in between shorts bursts of flight. 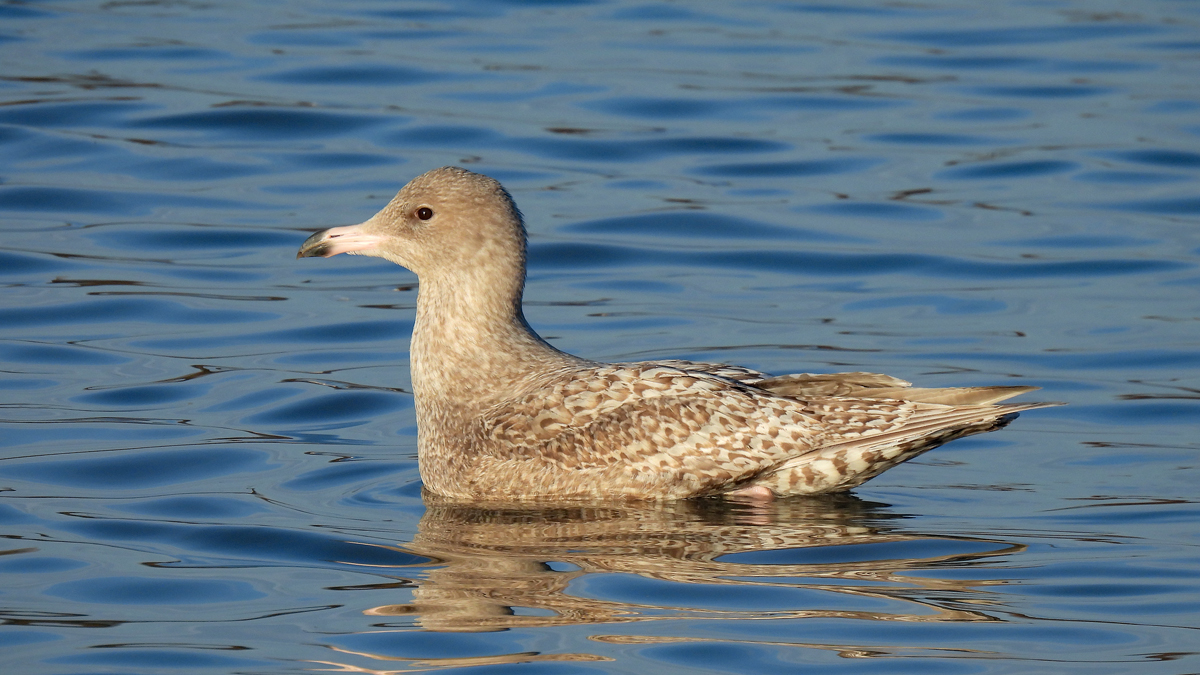 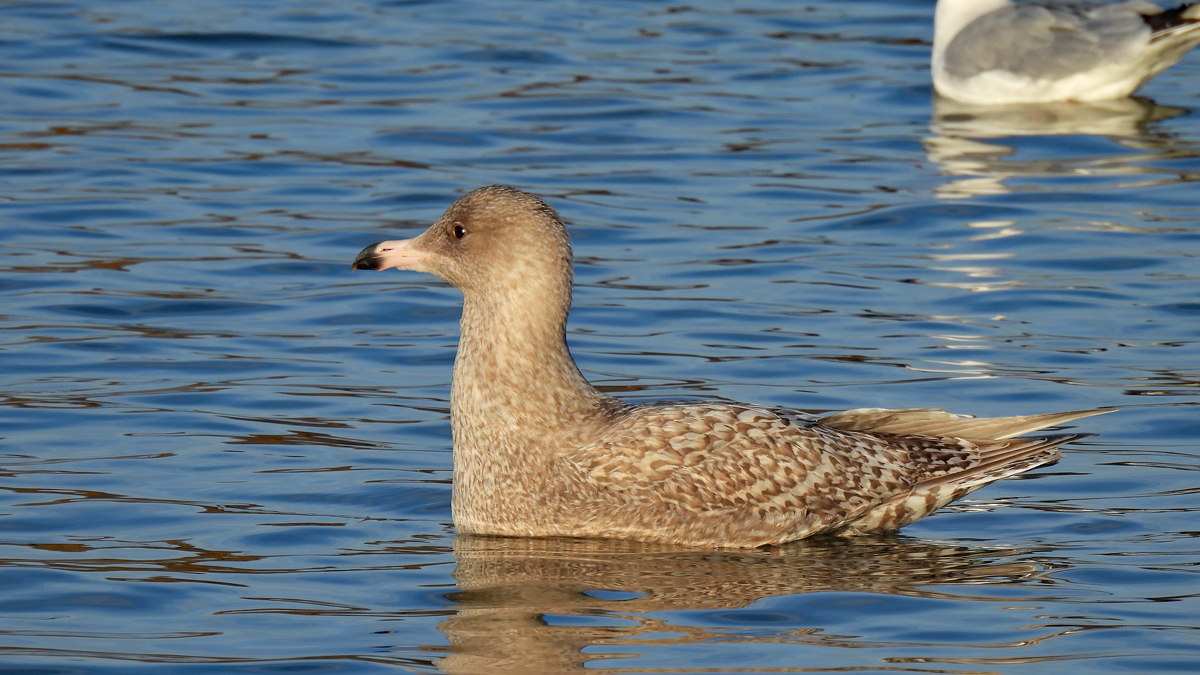 I put the news out locally, and an hour or so later whilst waiting in the car whilst Nichola nipped into a supermarket I managed to download a phone app and transfer a representative shot from the camera to my phone. I sent it through to Andy Mackay (ex-county recorder and current custodian of the VC55 bird news services). He immediately commented that it looked a little dark and was, perhaps, a hybrid .... sigh.
Once I got home, I sent a series of photos to Andy, Steve Lister (another ex-county recorder) and Carl Baggot (current county recorder). Carl and Steve certainly have a lot more recent experience with large gull ID. Pretty swift feedback was that this would in all likelihood have been recorded as juv Glaucous on distant/fly-by views, but with the benefit of my photos there were clear anomalies - but it was an interesting gull.
eg: black on the bill appears to extend too far up toward the nostrils, rather than a clear-cut black tip; primary projection appears too long; undertail barring too extensive; tertial pattern too 'Herring Gull' like; looks like it has moulted some mantle feathers, and despite it's size the head-shape and general jizz make it look a bit daintier than might be expected.
I think it's fair to say that when any large gull is 'interesting' it means the ID is far from certain. The consensus is that this is likely to be a Gaucous x Herring hybrid, and quite possibly a second-generation hybrid at that. It's likely that this bird will be back in the area so maybe others can have a look and see if anything more definitive comes out.
In the meantime, here's a much easier to identify duck that refused to come out in the open. 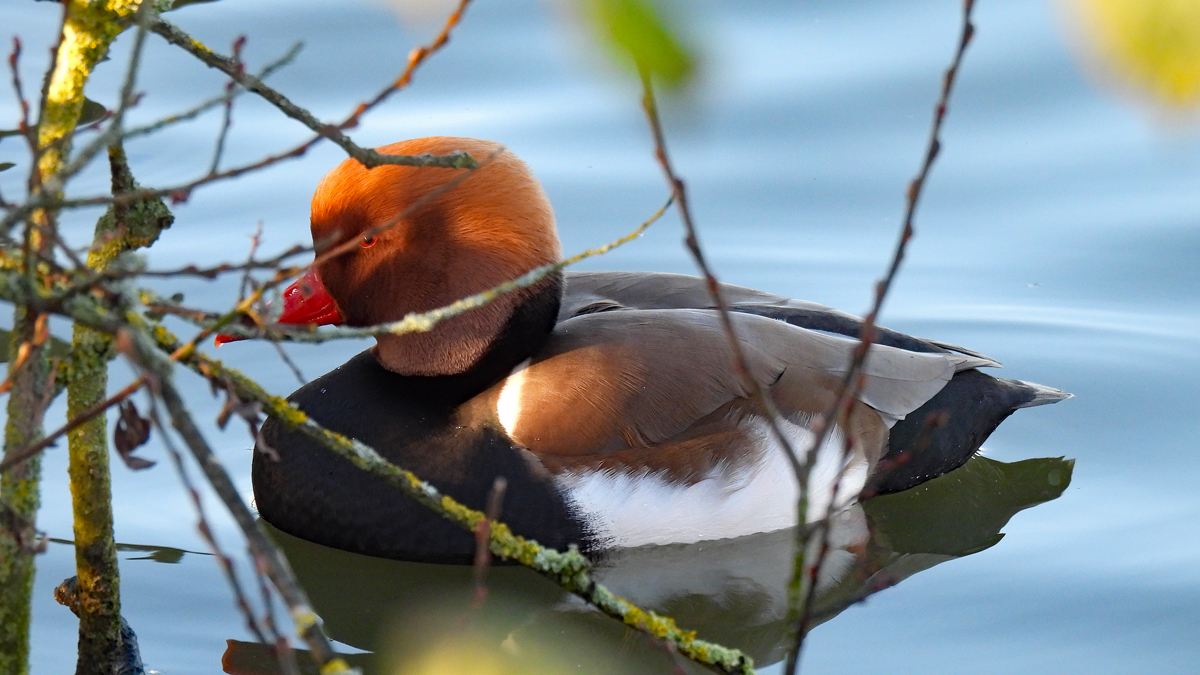 That gull is a cracker! All I get are bog standard Iceland Gulls and the odd Glauc. I'd be pleased to find that one though. I totally agree that it's a hybrid for the reasons you already give. I also had my 'almost annual' glance at the league table, my Villa are doing rather well - could give your lads a run for their money :))

I would happily swap any 'big-standard' gull for any large 'interesting' gull ....

Jealousy is a terrible thing, buddy :D The very next Glauc I see, I'll send it your way. Winds here are in the north now, shouldn't take long.

FOUR Iceland Gulls on the shore today (new high count here for me!) but sadly no Glauc. I did try and string one, but nope.

Happy new year and hope your well mate,Very interesting Gull Skev, I've seen it and if i saw that at Brascote i would have defo said Glauc! just goes to show how educational some birds are. Also great images.