Here's a couple that managed to avoid getting sodden in my rain-soaked Synergetic trap last night - one clinging perfectly sheltered to the underside of the light array, and one tucked up underneath a window sill just above the trap.

It's just over a decade ago that the only chance of seeing Coronet in VC55 was at some of the better mothing sites in the far-east of Rutland. There was a distinct population growth in Rutland up to 2008, and after I found one at work in Leicester in 2009 there has been a steady spread through VC55. I had my first garden records last year in July, and really pleased to see a couple already this year .... which raises all sort of questions about why a single-brooded species that is normally on the wing between June and July is turning up (worn) in my garden trap in mid-May. Hopefully this will be a regular going forward - though I hope I start getting the more variegated form - all mine so far have been this darker/greener form. 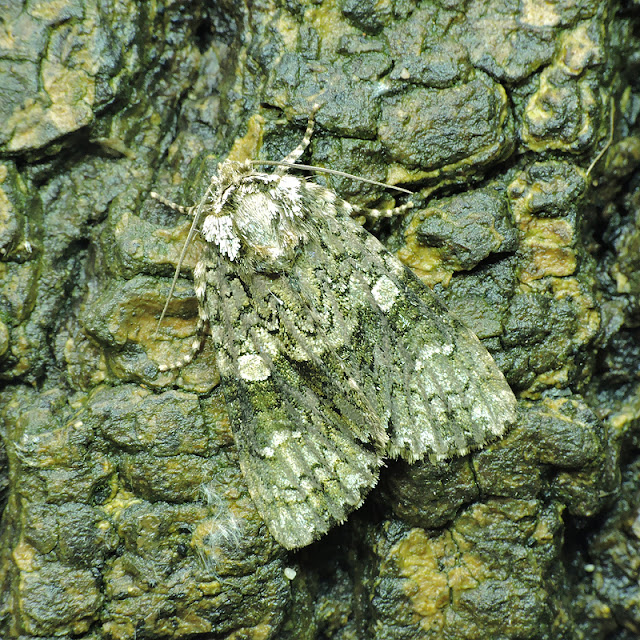 Muslin Moth is annual, as long as I bother to trap during it's flight period. Usually I get ones or twos at most, with six being the highest count on one night in the garden. My MapMate tells me that on 27/05/2005 we had 64 of these across 12 traps at Gibraltar Point! You can't beat that furry frontage. 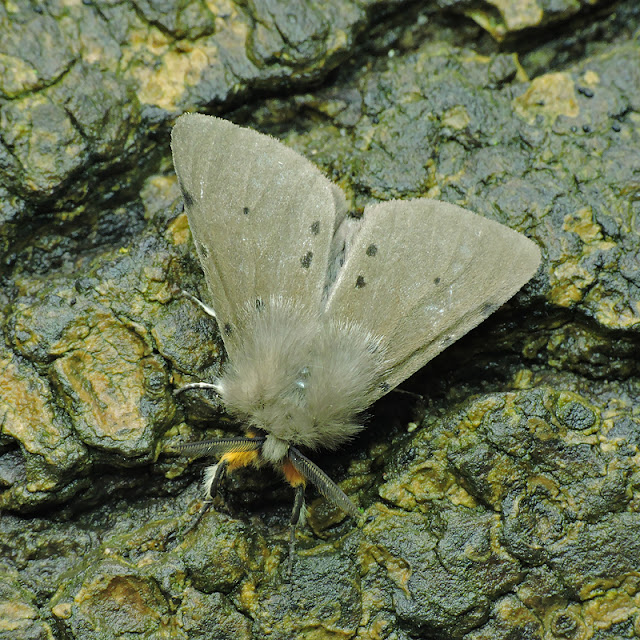