Today I ventured manfully back to work properly, despite still feeling the wrong side of well, after fielding e-mails and the odd call from home the last two days. By late afternoon I was feeling a bit crap again and thought some fresh air would help, so I left work and took a detour to Watermead CP South before heading home.

Before I start recounting what I saw, here's a poser in a very Not Quite Scilly-esque style. I should point out that anyone from Leics. & Rutland is excluded by virtue of insider knowledge, and anyone who has read another Leics. birders blogs is also excluded. But the other one of you, click on this for big and what do you see? 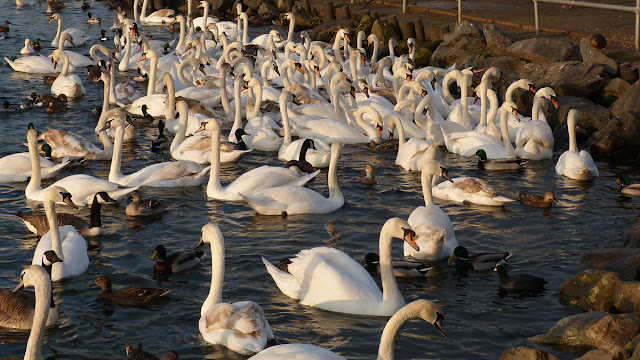 Before that, I had a quick look at gulls (even more NQS-esque I know). I even made an effort to look for any coloured adournments on their legs and found this: 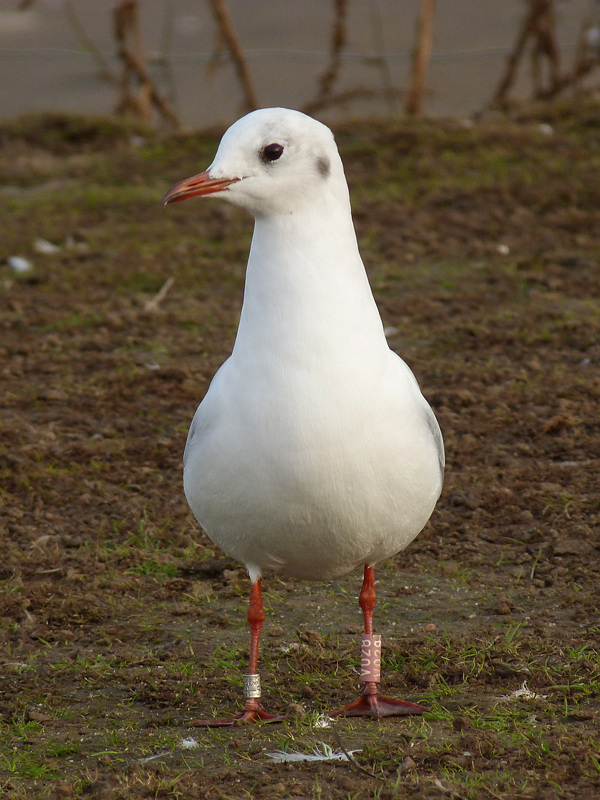 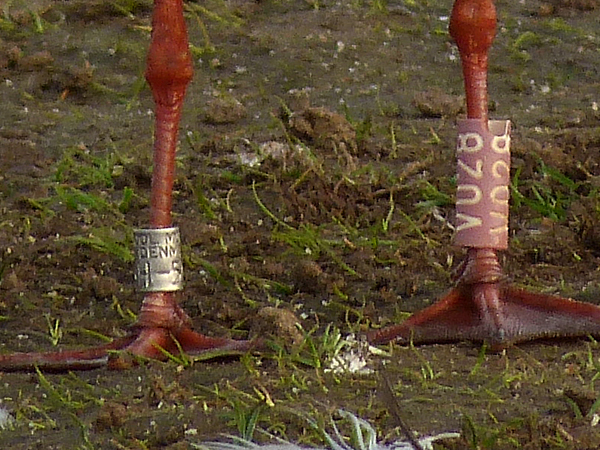 Black-headed Gull, Red-on-Left, V028, Denmark - hopefully full details will come through but I am sure this has been recorded here before by the Teaboy.
The only other gull I liked was this nice clean Lesser Black-backed loafing about briefly until I pointed the camera at it. 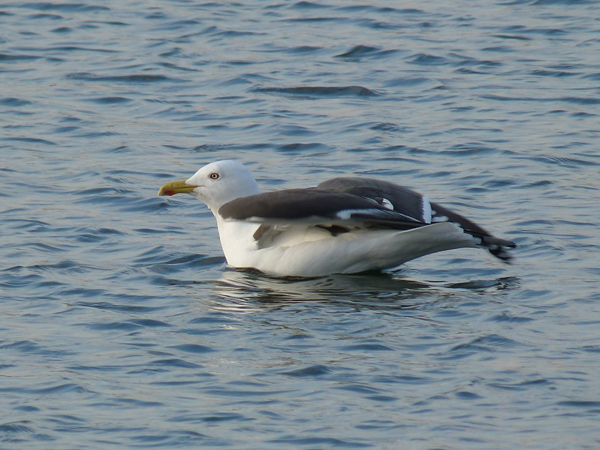 I also found, whilst searching for what I had actually hoped to see, a pair of Red-crested Pochards and a distant Oystercatcher on the island - neither of which were particularly photographable but that never stopped me before. 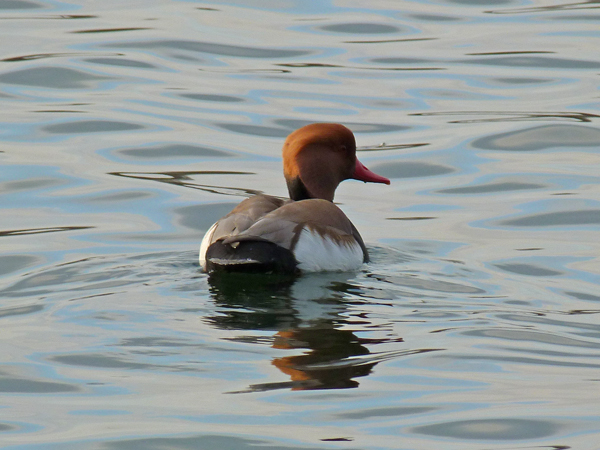 Facing the wrong way - both me and the duck 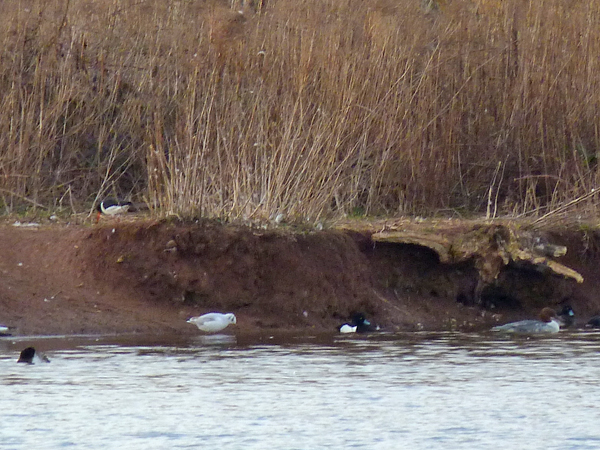 It's one of the black and white blobs, up the bank and far left of the Goosander I hadn't spotted before blowing this up and lightening it a bit.
So back to the opener - did you see anything, or did you just cheat and skip through all the shots? 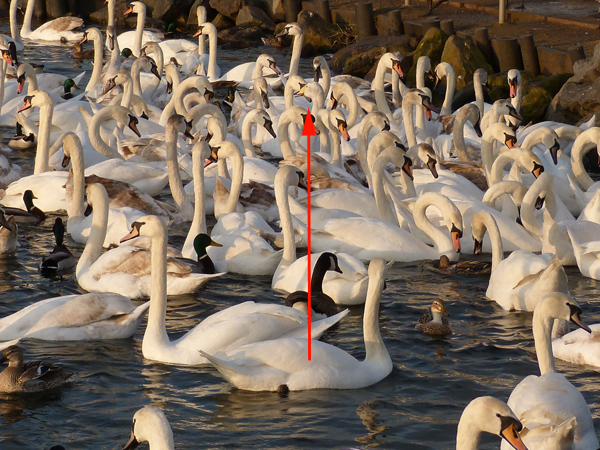 The aforementioned Teaboy found an immature xyz calendar year sub-adult Whooper Swan earlier in the week and it was still around yesterday so I thought it worth a look. I had hoped that it would be acting at least a little respectably, like the Bewick's Swan at the same site last year. I dilligently searched though all of the swans that were not engaged in frantic bread-eating. I figured that if it was still present, it would be keeping away from the melee and avoiding the larger and bulkier Mutes. Consequently I couldn't find it initially, because the greedy bugger was actually front-of-house and more than holding its own, actually grabbing the Mutes and forcing its way to the masses of yeast-based shite being thrown at it.

Once I'd sussed this, I reeled off loads of shots - many being a bit rubbish as it was either too close or too engaged in bread-eating. However here's a load to bore you with. Skip to the end if you really don't like Whoopers (who doesn't like Whoopers!?). 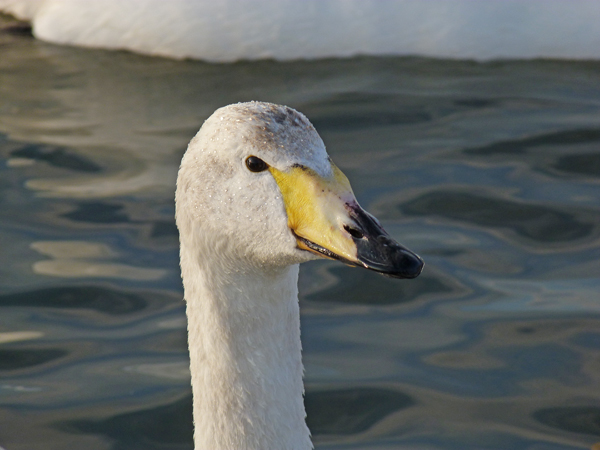 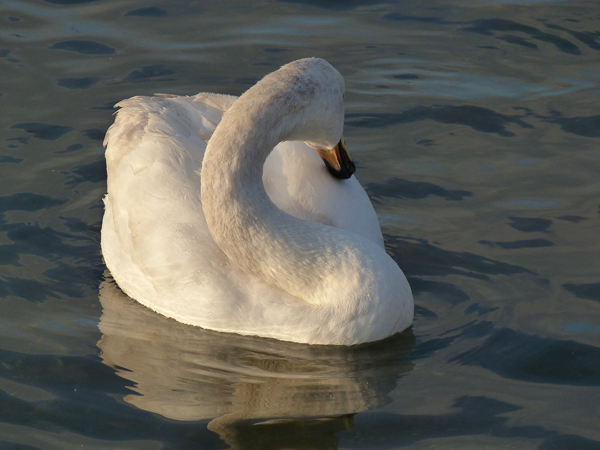 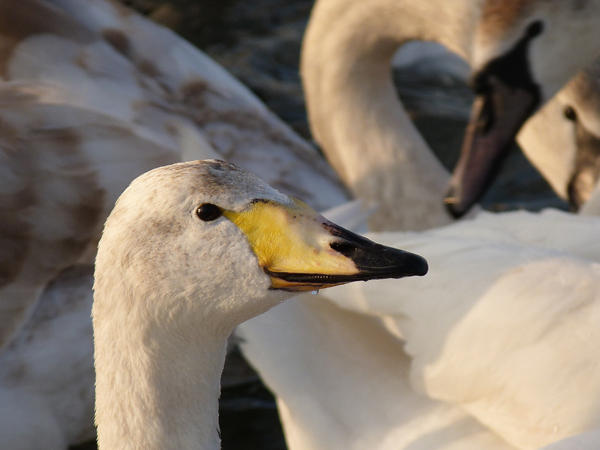 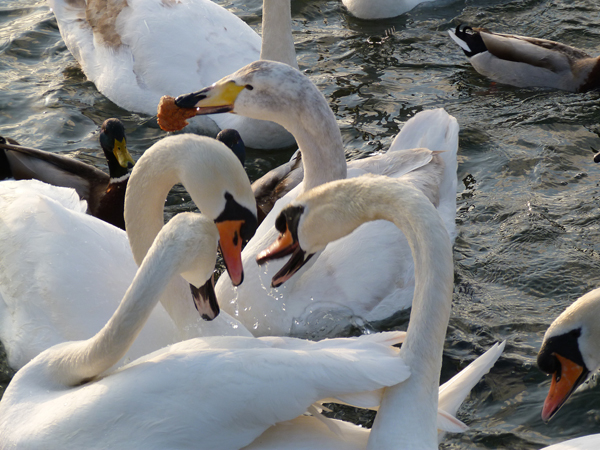 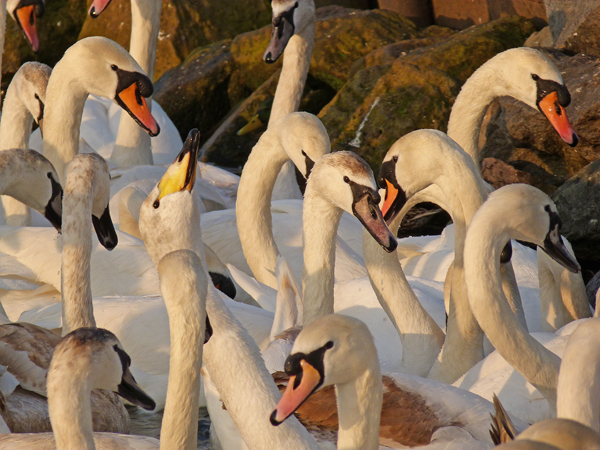 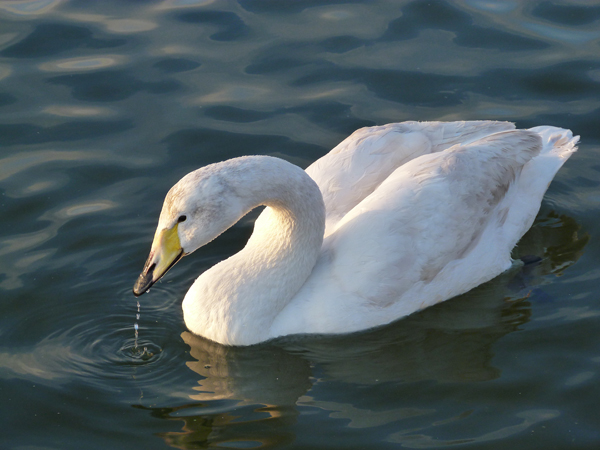 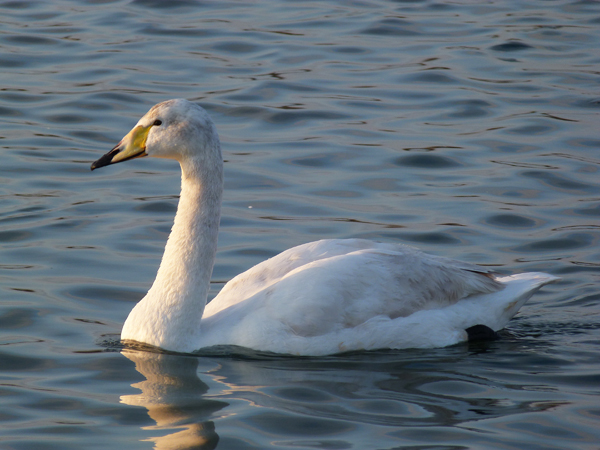 I doubt it will be leaving soon, in fact I seriously doubt if it will be able to fly! Meanwhile, amongst the Mutes this one was particularly striking with its very stained head .. 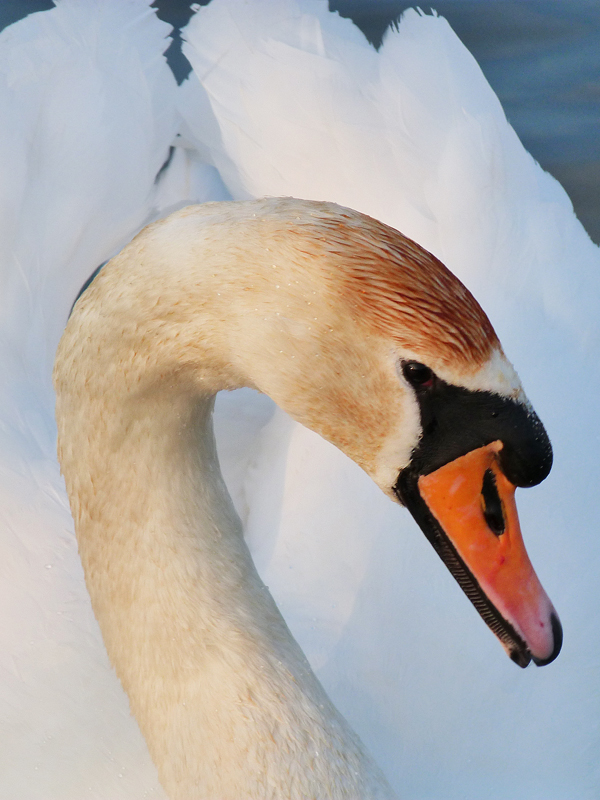 I caught some garden moths last night, but that can wait.
Posted by Skev at 20:43