Another superbly warm sunny day. After emptying the moth traps and giving Nichola a lift into work, I headed out to Ketton Quarry with the boys to have our first go this year at searching for reptiles.

By the time we got there it was already very warm, and there were no snakes basking in any obvious spots. Someone was already there looking, and had been for a while, but he'd seen only 1 female Adder which was now still just about viewable but only as a tail-tip. There was a small male Grass Snake out in full view allowing very close views - however it was dead! We moved down to the other main area and soon found a very lively and active Grass Snake. We got good but brief views which kept the boys happy, but no chance of photography. We also found a handful of Common Lizards but again they were very lively and would not sit still for a few seconds. We'll try again in a week or so - either we were too early in the season or the very cold winter has demolished the reptile population in the area.

Also on site I picked up good numbers of active butterflies, including Peacocks, Small Tortoiseshells, Brimstones and a Comma. Also plenty of bees of one sort or another, and a fair few of these bizarre Bee-flies (which I think are Bombylius major): 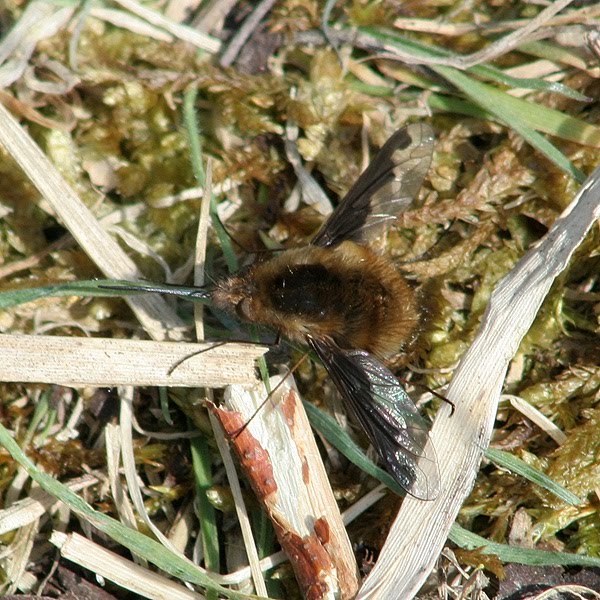 Whilst there, at least two Blackcaps were in full song plus a couple of Chiffchaffs. Before leaving, I collected a few Teasel seed heads to check for and rear the tortrix Endothenia gentianaeana. I later checked one and found a larva so I expect all of the collected heads will be populated. 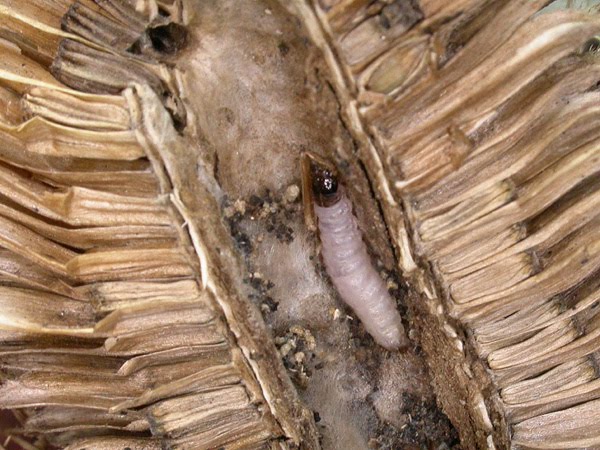 On the way home, I had a very quick look over Eyebrook Reservoir. Nothing too exciting - no terns or waders - though this flew over the road just as I was moving on. I managed to jump out of the car and point the camera for a crap record shot. 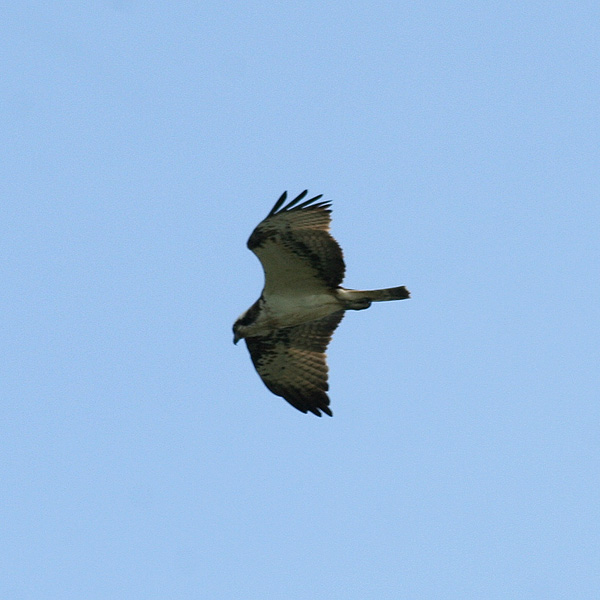 
Shame is that with the plethora of translocated birds and their offspring, I just can't get excited by Ospreys in our county.


Back home mid-afternoon, just in time to post a bet on my Blue Square account for the Grand National and make a modest £25 profit after backing the winner.


Later on, I checked the Psychidae from Monday that I brought back to rear/check and I found that 3 of the Dahlica spp. had emerged and the apterous (no wings) parthenogenetic (no males) females were actively egg-laying into the vacated cases. I will hold on to the cases for a couple of weeks before taking them back to the wall they came from. I need to get the spent females and the head-plate from the pupal exuviae under the microscope to confirm exactly which species they are (hopefully I've got both). 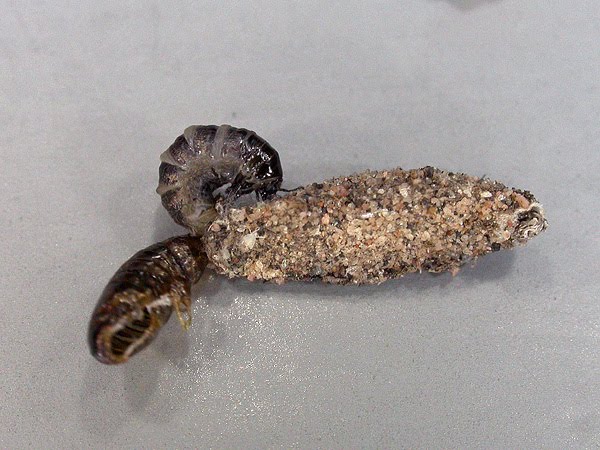 A short clip of the unfertilised female pumping the vacated case full of fertile eggs ..... 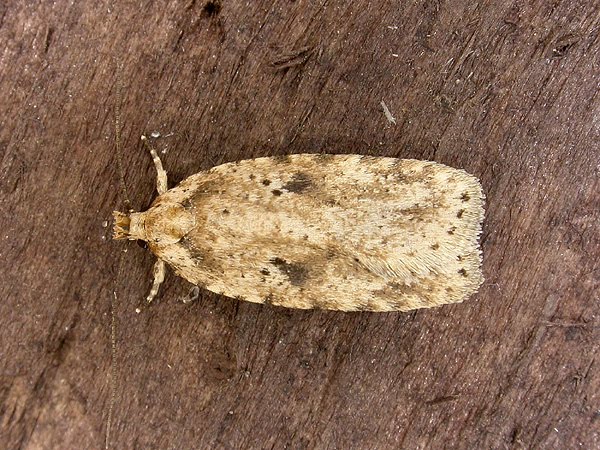