Ran the traps last night despite the forecast. As long as it is not actually raining before dark it's worth a go. It was actually clear and cool, though rain moved in overnight and this morning was cold, breezy and damp. The total catch was a poor 8 of 4sp. (125W MV 6 of 4, 80W actinic 2 of 2). However it was all worthwhile when I spotted a Pale Pinion sitting on a slab next to the MV. 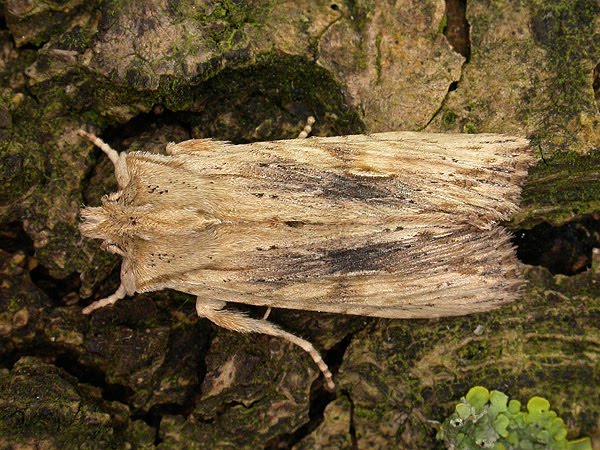 First for the year and first in the garden for six years. I had a brief run of spring singles in 2003, 2003 & 2004 when this was still a very scarce species in VC55. It's still scarce, though both it and Grey-shoulder Knot have increased markedly in the same time that Tawny Pinon has declined.

A great shot of a sort after species....I was lucky enough to get 1 last year. Still yet to find a Tawny Pinion in the Eastern corner of Bedfordshire,

Good going!
Yes it's a very local species and about 6 years ago was virtually non-existant here in Essex, Tawny i've had once and that's even more scarce around these parts.
The weather looks good for tonight.