I had really fancied a bit of blatant twitching over this weekend, but seeing as the Lesser Ketrel inconsiderately fecked off before Friday I couldn't be arsed with travelling to Suffolk/Essex/Kent just to see Pallid or Alpine Swift - I've not seen either in Britain due to considerable lack of effort and having never twitched either, but have seen both abroad.

With nothing else worthy of travelling for, I inevitably spent the day out pseudo birding in Leicestershire with family in tow. I suggested we have a good walk all around Beacon Hill as it would be much less busy than similar sites.

Turned out to be a good choice - a peaceful walk in fresh air without having to tolerate hoards of ignorant tossers. Sadly, the birds were also pretty thin on the ground. There were plenty of Chiffchaffs singing, but no Willow Warblers and no Wheatears anywhere. Nice to see and hear common species getting busy though, including Jay, Nuthatch and Great Spots. 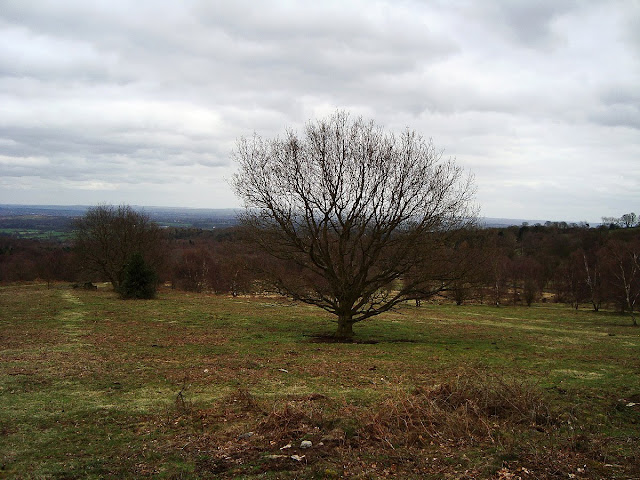 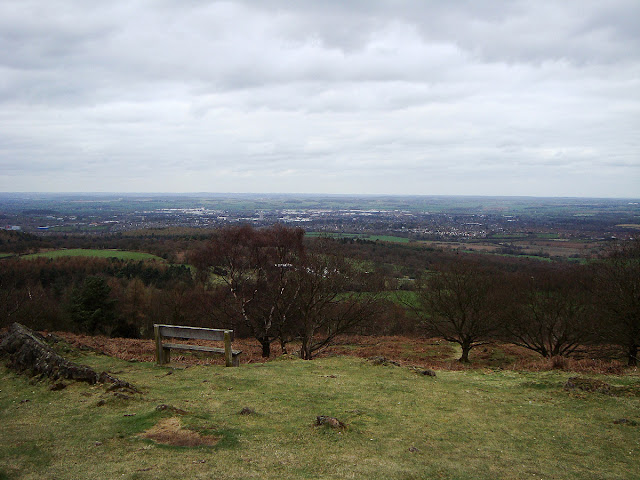 In a scene reminiscent of the appalling Bill Bailey bird-spotting based pile-o-shit, the kids decided to build a 'hide'. 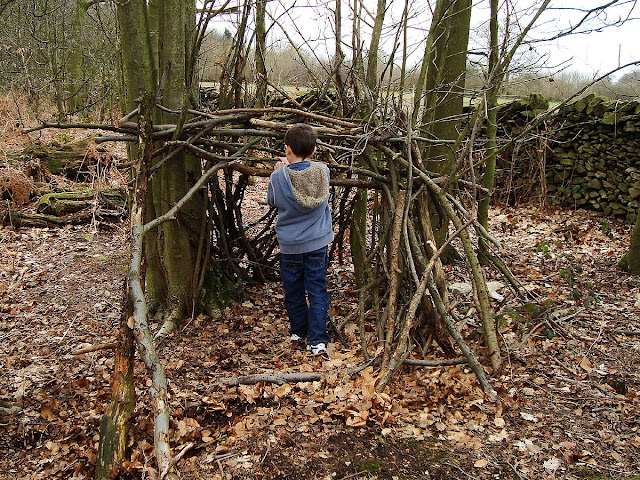 Alex adds the finishing touches
Whilst they did that, I busied myself with this: 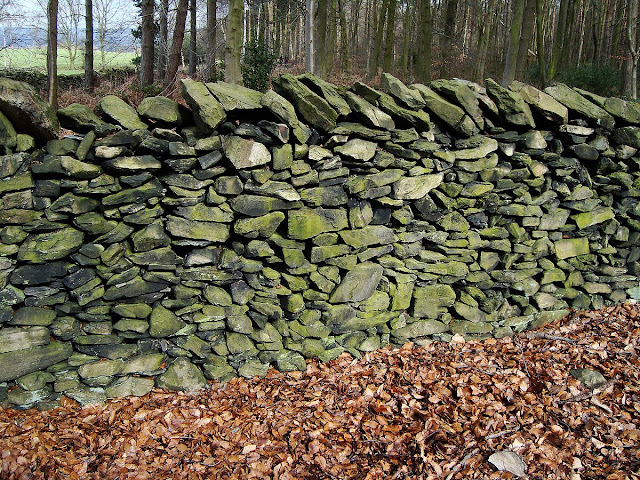 Lichen/moss covered dry stone walls are superb places to check for psychidae - surely the most bizarre group of moths bar none. Within seconds I'd found several Narycia duplicella cases, all c6mm long and apparently inhabited. 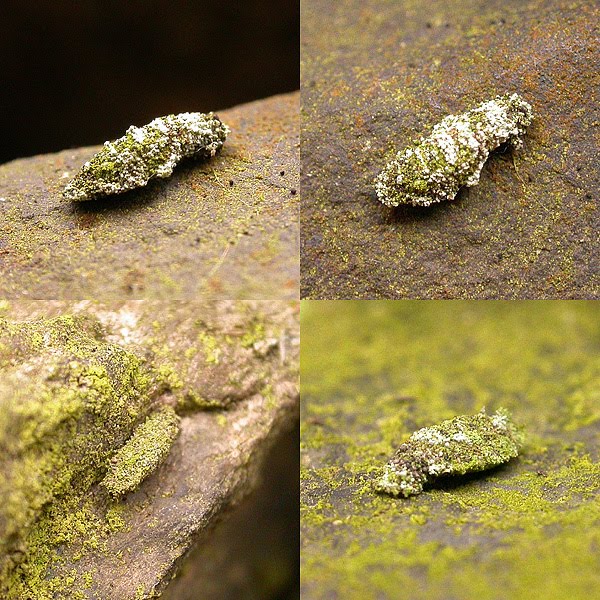 I've reared this species before, and the fully winged adults are quite smart so I collected a few to have another go. I also found a small Common Footman larva, only c15mm long - probably only just starting to feed up after overwintering. 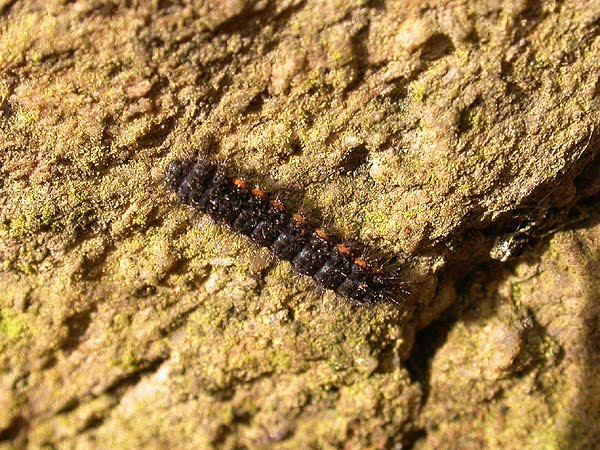 We spent a good few hours at Beacon Hill, and spurred by the stone wall success I insisted we go home via Swithland Reservoir.

Along the causeway, as usual, there were 100s of inhabited larval cases of the parthenogenetic apterous form of Luffia lapidella (f. ferchaultella) - what a mouthful. The larvae live in their cases for c9 months before pupating within the case, emerging as a wingless female which promptly lays viable eggs within the case and dies. The tiny larvae set about making their own cases after hatching and the cycle starts again. No males involved. I can't see it catching on. 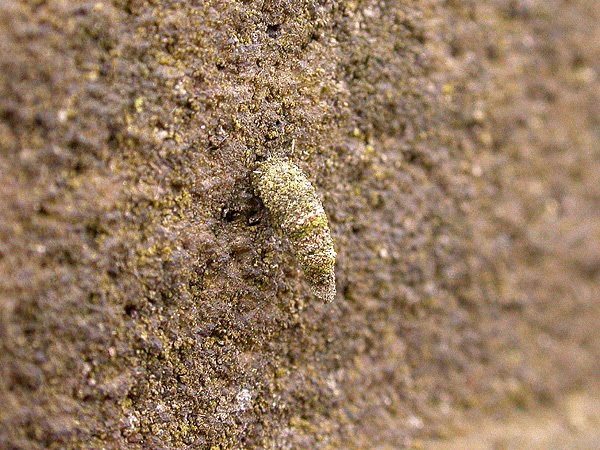 From Kinchley Lane, I picked up plenty of Swallows and Sand Martins low over the res (c40 of each). No sign of either Taleporia tubulosa or Psyche casta cases, so I carried on to the dam and set about potting up a few Dahlica spp. cases to try and rear through. We have both D. lichenella and D. triquetrella in the same section of wall. Again these are both apterous and parthenogenetic. They can only be reliably separated by microscopically assessing the number of tarsal segments or the pupal head-plate - hence potting a few to check. 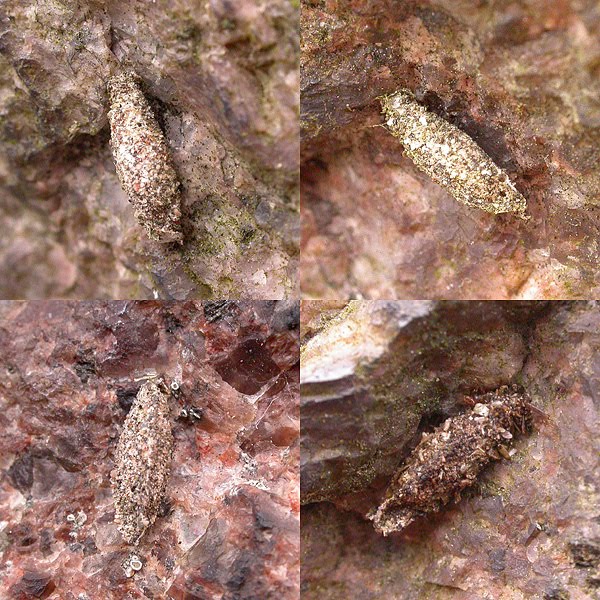 Some of the mosses on the dam wall were 'flowering' - probably. 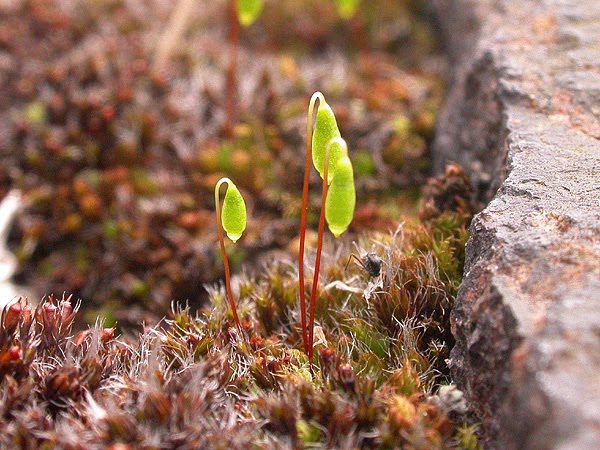 Tomorrow looks to be the best day weather-wise for a while - fecking typical as I'll be back at work!
Posted by Skev at 22:43

Hi Mark, what a fantastic post! I've been looking for bagworms for many a year up here in Yorkshire with very little success.I wasn't sure if dry stones walls were that productive but you've definitely changed my mind on that account.They look much easier to search than tree trunks as well so I'll give it a go.