Wicken Fen is one of the most famous reserves in Britain, and it is certainly the oldest. Even before the National Trust bought the first parts in 1899, the area was well known to entomologists and had been visited by recorders and collectors since at least the early 19th Century. The reserve is host to a huge range of species, with well over 1000 moth species recorded there. Over the years, hundreds of thousands of visitors have walked and enjoyed the reserve with its diverse habitats and iconic windpump.

My first visit to the reserve with moth traps was back in May 2001, along with Adrian Russell and Ron Follows. We had a great night, and highlights included my first Flame Wainscots and Reed Daggers, along with interesting pyralids like Nascia cilialis and Opsibotys fuscalis. That first visit also brought two species that I've not seen since - maybe another visit in early to mid-May is long overdue .... 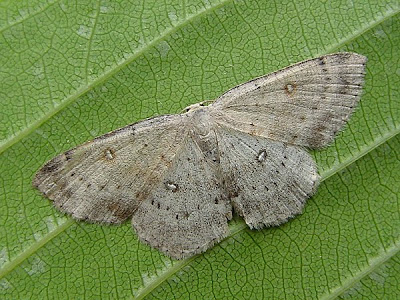 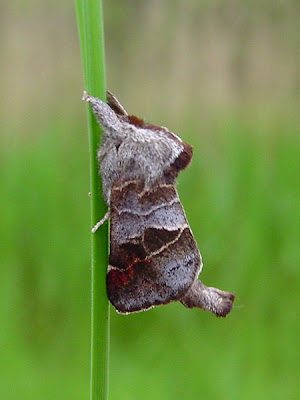 A superb Small Chocolate-tip found resting on a grass stem by one of the traps.

Aside from the great moths, it was also good to find roosting dragonflies on reed stems in the first light like this one. 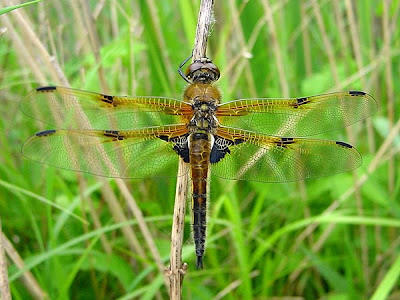 Incidentally, I tried to post this last night with the post editor set to the 'new improved' version. I eventually gave up trying to get the images and text properly justified, aligned, positioned etc - what is the trick?
Posted by Skev at 13:20

I'm jealous of the Small Choc-tip, Mark ! One I haven't managed to catch up with yet.