Dropped into Jubilee Park again on the way home this afternoon for another speculative look around with low expectations. Hadn't been there long when I was suddenly aware of a small white heron flying past from behind me - Little Egret on the patch - get in! By the time I'd got the camera up and ready it was at record-shot-only distance, but still .. 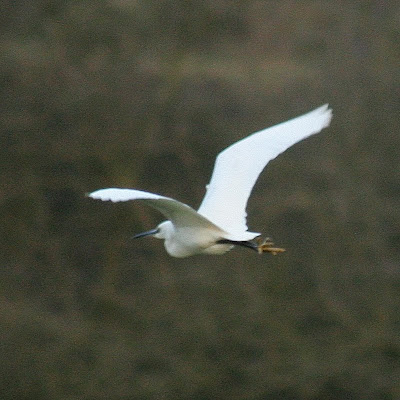 For a further example of how to badly photograph white herons in flight see here.

This also gave me another rare opportunity to badly photograph a heron shitting on the patch (see here for previous example) .. 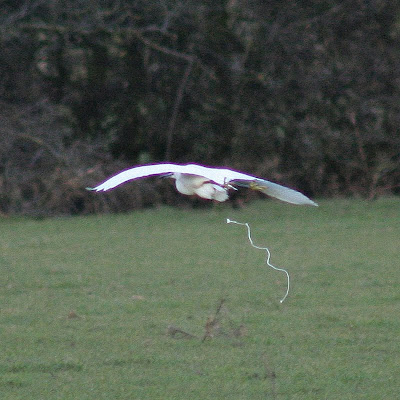 What is it about herons - are they incontinent?

Yet more Goosanders - a drake + redhead flew off south from the pool, and a few minutes later 3 drakes + 1 redhead dropped in for 5 minutes before heading off north. 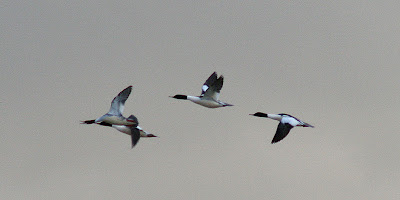 Nothing else exciting though. I did notice that after the high flood waters the River Soar has deposited rubbish all along the tide-line. 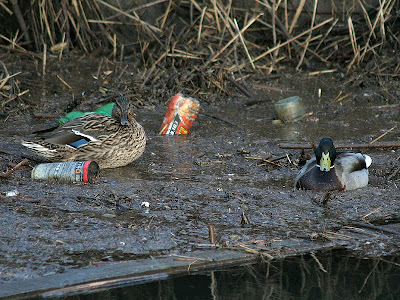 Yesterday late afternoon I dropped into Narborough Bog. This is the only formal nature reserve within my extended patch boundary and is a SSSI. I really like this reserve - it has superb floral diversity (not that I can identify anything), the only substantial peat deposit in Leicestershire, a reedbed, damp mixed woodland and a couple of herb-rich meadows. It also has the River Soar running along one boundary. I moth-trap there and the moth diversity is damned good. Plenty of amphibians, dragonflies and other invertebrates as well. It really should be a great place for birds. But it isn't.

Whilst the habitat is great, it is bisected by a train line, within earshot and sight of the M1, has a football pitch and allotments on one side and it used daily by local dog walkers (although the ubiquitous dog-shit-bag decorations are mercifully absent). Maybe there is just too much disturbance? The damp woodland should be ideal for Woodcock, but I have never had them roding there when mothing. Both Marsh and Willow Tit should be present - but I've seen neither there so far. Plenty of Great-spotted - but where is the Lesser? I need to visit this area more often and give it a chance.

In the meantime, plenty of Snowdrops on show, the drying reed stems are taller than me, and a fair few fungi to look at - no idea what they are though thanks to Dean for ID. 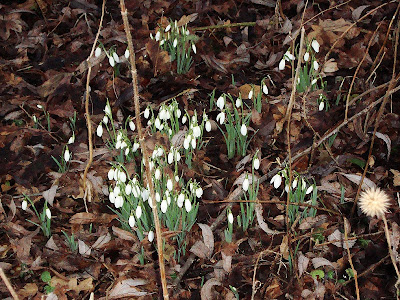 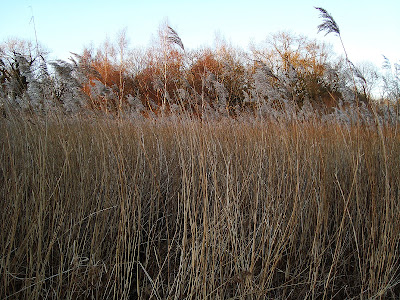 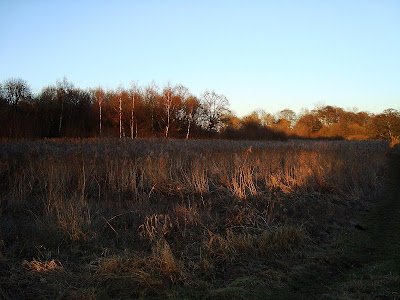 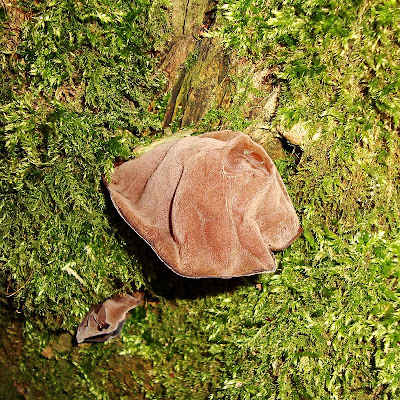 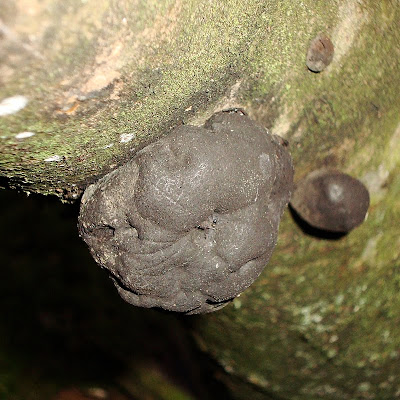 Thanks Dean! Do all fungi have vernacular names that sound like nasty ailments?