As predicted a week ago. I had the opportunity this afternoon to get over to Rutland Water, down to the north arm, and to look for, locate and county tick 2 Rock Pipits .... hurrah. 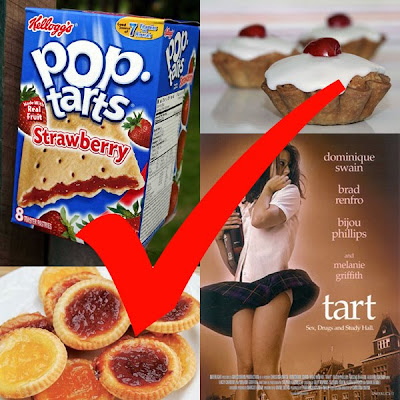 Also there were three Whooper Swans (at least I only saw three, but apparently four present), seven Dunlin, 5M Coot and assorted wildfowl but no Black-necked Grebe. After this major birding triumph, I headed over to Eyebrook to have a look for the still-present Pec Sand. I pitched up next to some geezer with a tripod mounted DSLR with reasonable lens operating out of some sort of archaic disaster zone relief van - I know Eyebrook is low on water at the moment but it's not quite at life-threatening drought levels .... I asked him if he'd seen the Pec, which he kind of avoided by saying he was just there to photograph anything moving. I started scoping and immediately found a juv Grey Plover, which was nice. Also four Golden Plover and loads of Lapwings. After a few minutes, the geezer started talking about a Peregrine that had put everything up and taken a Lapwing. He also mentioned that a few others had been digiscoping a Petrel but that it was out of his range. Eh? ..what ... Petrel? WTF! Then it clicked - I asked if he meant the Pectoral and he agreed that was probably it. Hmmm. Shortly afterwards Dave 'Tea-Boy' Gray turned up to save me from the geezer. The Pec wasn't showing though. Dave found a Red-crested Pochard, and the wildfowl included Wigeon, Gadwall, Pintail, Teal, Pochard, Shelduck, Shoveler - you get the idea. We moved down a bit and noticed The Beast and Chris Lythall scoping across from the opposite bank - we guessed that they were watching the Pec, and we could see a couple of Ringed Plover down their way, but we kept looking around anyway. The field behind us was heaving with what must have been recently released Red-legged Partridges - we reasoned this because of their blinding stupidity and the way they flocked together to walk calmly along the road whilst a passing motorist blasted his horn to little effect. Soon afterwards The Beast and Chris joined us and confirmed that the Pec was showing over there - as they had texted to Dave only a few minutes earlier .... not that Dave had noticed his phone bleeping. As ever, we enjoyed a bit of banter including a slightly surreal episode where a young lady came cycling past and ..... well, you had to be there. A bloody noisy RAF jet (Typhoon?) came over and flushed everything. Once it al settled again, it was clear that the Pec wasn't any more visible than before. Eventually we headed over to the other side and I immediately located the Pec. No wonder we couldn't see it from where we were, it was feeding in deep muddy ruts and kept disappearing momentarily. It was good to see a Pec again, can't remember the last one I saw (several over the years). As I left via Stoke Dry, a superb Barn Owl sitting on the road signs by the plantation rounded of a great couple of hours.
Posted by Skev at 20:33

Not sure those things with the cherries on qualify as tarts (they look more like cakes to me), but you certainly do.

I do have more tips and advice on how to attract the attention of good looking lady cyclists...[all of which are totally unprintable o course]...

ps...the 'getting laid' technique i described requires great timing...balls of steel...and, obviously, one o them police 'stingers' placed in the road at just the right moment]. With practice i think it could work...

That could turn into a sweeter version of the whole Pie vs Pasty debate. I reckon they have a pastry case, and on that basis are tarts rather than cakes.

Never mind the Pipits, it was worth heading over there for the laugh at EBR.

No more tantalising glimpses of Pallas's Gropper then?

Thats no Tart, its a Cherry Bakewell :D