As an entirely land-locked county slap bang in the middle of England, with relatively little in the way of decent woodland, heath and moorland, it's no wonder that the County List for Leicestershire and Rutland stands at a paltry 312 species. Even that includes nine species that have not been recorded since 1941 (the VC55 equivalent of the BOU category A & B split ). In fact, if it weren't for some excellent reservoirs, gravel pits and Rutland Water being the size of an ocean, the birding potential in our county would be thoroughly dire. Despite that, we've had some stupidly rare birds turn up here (Bridled Tern, Red-flanked Bluetail, Crag Martin ....). For many years I really didn't think about county listing and made no special effort to see a species, that I'd probably seen in numbers several times that year in other places, just because it was in VC55. When I used to go out birding and twitching to Norfolk, Devon, Kent, Dorset, Scillies etc, going to Rutland Water just to see a Knot seemed entirely pointless. Consequently, my county list has plenty of gaps that need filling - I'm currently on 224 whereas the top county listers are around 260 (with Roger Davis sitting ahead at 267). Luckily, I did make the effort to go and see national rarities that turned up here, like: Redhead, Baird's Sandpiper, Arctic Redpoll - and that Crag Martin. I've also seen a number of good local rarities, like: Manx Shearwater, Gannet, Purple Heron, Bean Goose, Eider, Dipper. In fact it was mainly fairly regular species that I was missing. Since I got back into birding (sometimes), I've picked up 10 county ticks to keep me on par with other low-listing locals. I am now at the point where there are just two species that occur annually that I need for my county list - Jack Snipe and Rock Pipit. This autumn/winter I will be making efforts to see both. 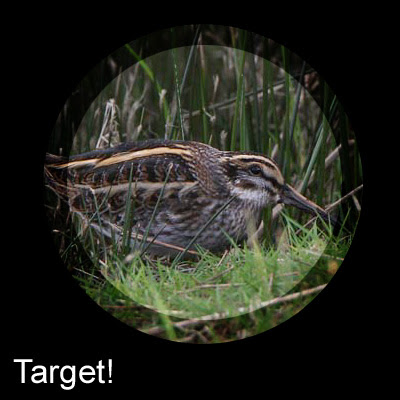 After that though, county ticks will be harder to come by. Excluding the nine pre-1941 species (as everybody currently listing in the county needs them), and excluding the nailed on dead cert Jack Snipe and Rock Pipit that I've mentally ticked already, there are 77 other species on the county list that I have not seen. Of these, I reckon 20 are extremely unlikely to re-occur anytime soon and a lot of (younger) county listers also need them, like: Little Bittern, Baillon's Crake, Killdeer, Bridled Tern, Roller and Nutcracker. There are another 23 that are maybe not so unlikely, but I won't hold my breath, like: Squacco Heron, Alpine Swift, Bee-eater, Citrine Wagtail and Great Reed Warbler. This leaves a further 34 species to realistically have some expectation that they will turn up, but even this includes some extreme county rarities, like: Dotterel, American Golden Plover, Caspian Tern, Shore Lark, Savi's Warbler .... I missed last year's Fulmar, this year's Whiskered Terns, and couldn't get to the Monty's. Skuas passing through Rutland Water are very hit and miss unless you live over that way. So, aside from the aforementioned two tart's ticks, I reckon the most likely county ticks for me in the next few years are: Merlin Sandwich Tern Little Tern Woodlark Bearded Tit Great Grey Shrike Hooded Crow Snow Bunting Of course, anything else would be nice! As an act of self deprecating public humiliation, I've loaded my county list onto Bubo Listing so anyone using that forum can see how little it is. I'm also going to post my lists on here at some point.
Posted by Skev at 23:52

Out of all the birds listed above I think Snow Bunting is probably easist to see?, but the only the problem with this species is that Snow Bunting usually only stay for a day!

Jack Snipe can be a toughy but we have them in the winter months with Common Snipe at Brown's Wood. I'll check on them and keep you informed.....

Dave - yes, another Beacon Hill bird would be good.

Russ - thanks - I haven't been to Brown's Wood, I'll have a go there in a few weeks.