My name is Mark Skevington, and I am a twitcher ... To be fair, I've not exactly lapsed into my old addicted ways - this was only my fourth lifer in two years after all! But I like shrikes, and this one was very rare, so I gave in. I set off nice and early with the intention of arriving at first light, full of the enthusiasm of re-finding it myself. I fully realised that it may have gone, and with no pager updates expected (cause I've not had a pager for years) I had no option but to go for it and hope for the best. Anyway, the M25 put paid to any thoughts of glory as I got held up for more than long enough that when I arrived at the site it was already fully light with several people there. The area where the shrike was yesterday is a good walk down the muddy path onto the moor, and as I made my way on the final 100 yards I was greeted by Franko Mareovic and David Lindo coming the other way proclaiming the bird to have gone - "thrash the bushes if you like but I'm afraid it has gone" Undeterred, I decided to have a good look around anyway and dip properly. However, within two minutes a shout went up and we were all grilling a very dense hawthorn. I've seen a few shrikes over the years - not one has been buried deep in a bush. This one spent more time hidden in dense shrubbery than a Gropper. But before long, Brown Shrike was well and truly ticked. Over the couple of hours that I was there though I got lots of extremely good views of it openly perched, in flight and flitting to the ground. We kept a distance to avoid disturbance, superb scope views but way too far for me to video or use the DSLR. There are lots of really good photos of it on the tinterweb, so here's a really crap one I took using hand-held happy snappy against the scope. 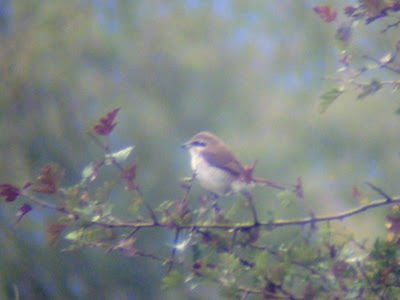 You can just about see that it is a hawthorn 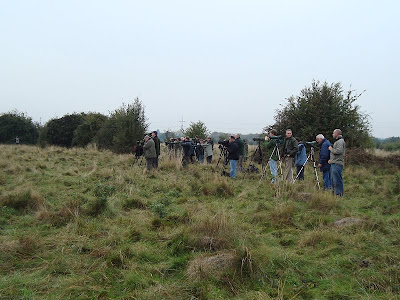 The Madding Crowd To be fair to all, the modest crowd was very well behaved and it was almost civil - maybe mid-week twitching is the answer to everything I usually hate about it these days. I've not been to Staines Moor before - actually a really good looking site. You could easily forget that you are within spitting distance of Heathrow (if you were deaf!). Whilst there I also saw Little Egret, a few flyover Ring-necked Parakeets, Green and Great Spotted Woodpeckers and thought I heard Dartford Warbler but didn't see it. Shame it was such a claggy morning. 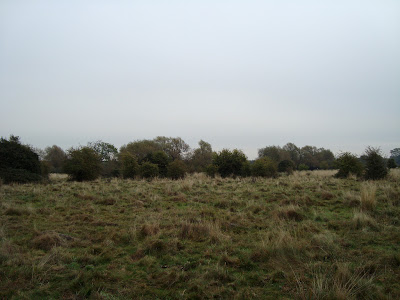 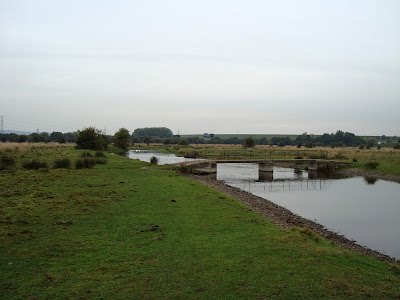 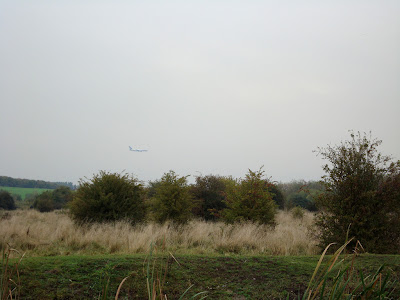 Glad you 'connected' with the shrike Mark...must have been quite a 'rush' when the 'call' went up!...[seeing as you'd been told that it had fucked off]!
I missed the flamboro brown shrike as i was out o the country...so was well pleased to have a second chance with this one!

ps...i'm sure i wud have enjoyed your 'lesbo-anthem' poem had i known 'how the song' went..!

pps...i would 'do a song' about the shrike but it would inevitably turn out obscene...

ppps....i informed Mr.Gray that the M25 resembled shit creek...'we' got stuck for yonks...[and by yonks i mean that it delayed us for an extra 45 minutes at least]...

I've hyperlinked the Katy Perry song now. I's a typically trashy pop song but I like the imagery - nothing wrong with a bit of lesbo therapy.

Colin,I had no problems with the
M25 yesterday, except for the odd fucking twat driving at 100mph up my arse in a BMW and a White Van!!