One of the things that I'm a real sucker for is sci-fi/action films based on comic book characters. This is especially great as Josh and Alex get older - they keep pesting me to take them to the cinema to see films like Iron Man .... it's a real chore! Some of my favorites though are well over their current age range, especially Sin City (classic).

An impending film that I'll be clamouring to see is the second Hellboy film - from the same publisher as Sin City (Dark Horse Comics). 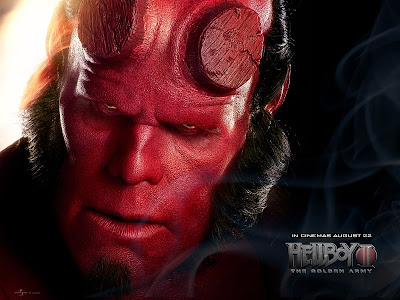 A nasty touch of sunburn
Posted by Skev at 00:11