Time for some coleopteran bits, entirely stuff that has come to light and nearly all new for me.

I'll start with this one from 13/06/2021 that is only the fourth or fifth VC55 record, confirmed by Graham Finch (and he had one around same time but not sure on date, hence 4th or 5th). This is Berosus affinis, and it was only luck that I pointed the camera at it amongst the masses of Helophorus spp., and even more lucky that I could see the antennae and what appeared to be a distinct pronotal marking - the rest of it was caked in mud. I cleaned it up a little and got to Berosus, and that it was one of the x3 sp. already recorded in VC55 but all had only three records so I was reluctant to screw it up and passed it on. 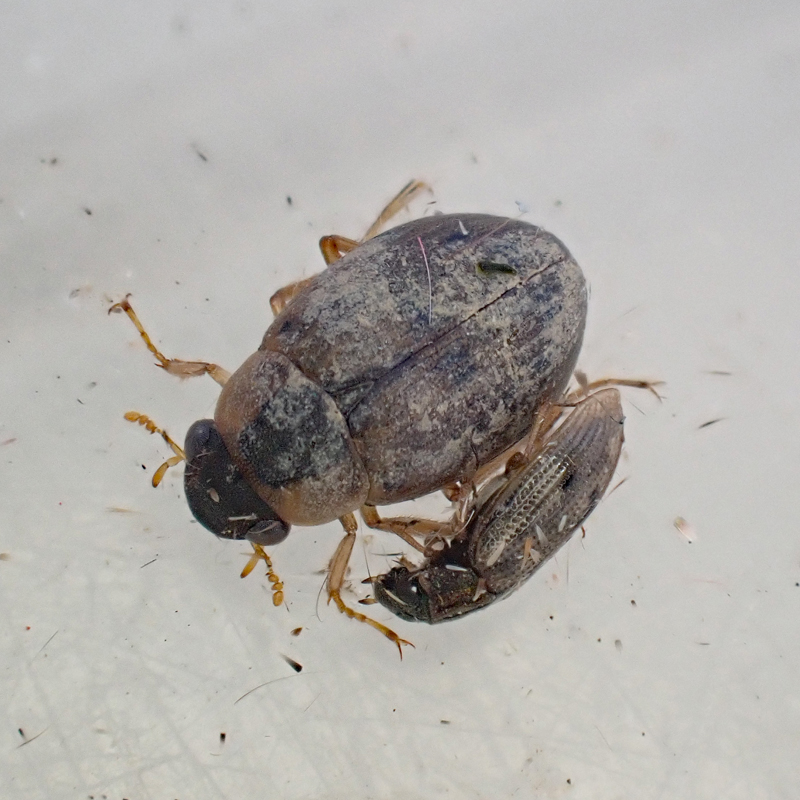 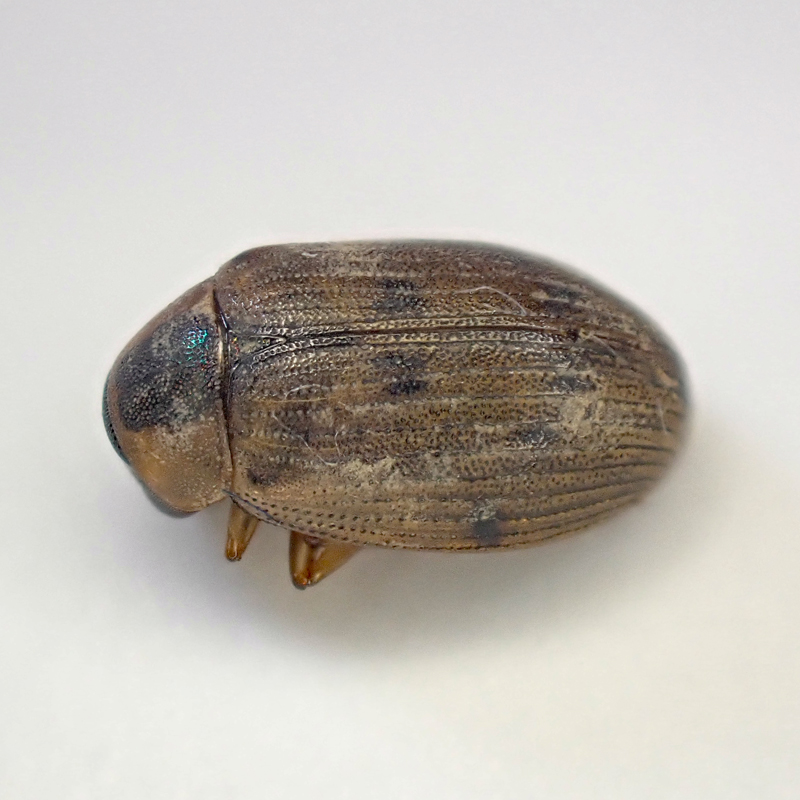 The next two are about equally scarce in VC55, with 13 and 14 previous records respectively. 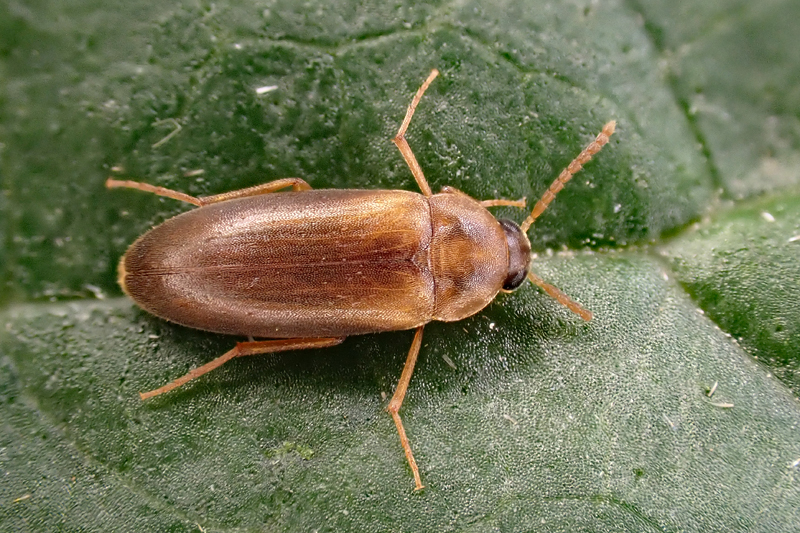 Hallomenus binotatus from 16/06/2021 - usually has two complete antennae and six legs. This has to be one of the flimsiest beetles I've encountered, with bits unilaterally falling off just through the process of getting it in a pot. 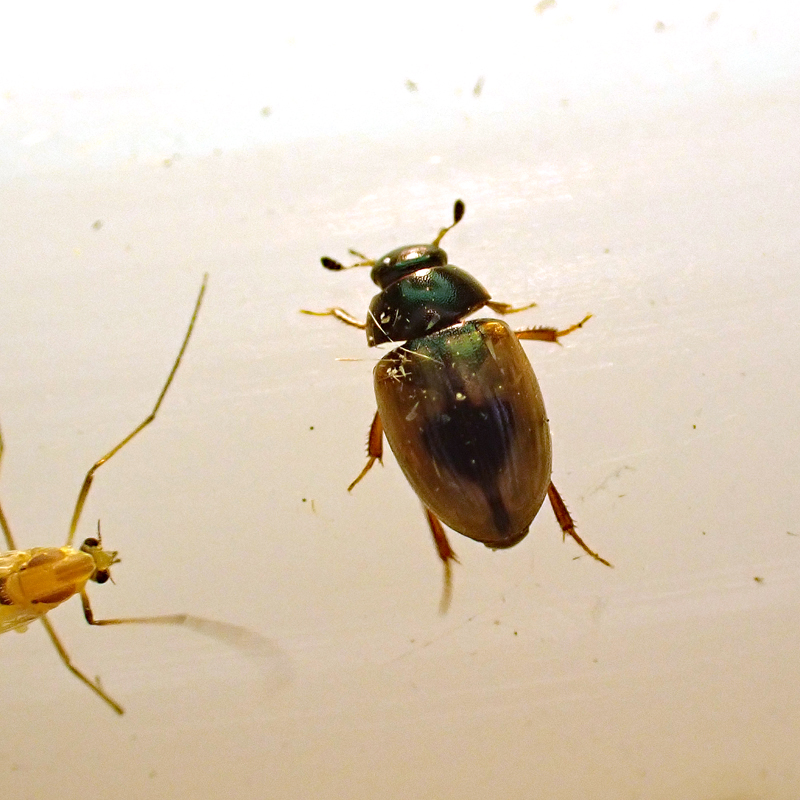 Cercyon unipunctatus from 13/06/2021
Not quite so scarce in VC55, the next one is from 16/06/2021 (although I think I'd overlooked it earlier in the week). I noticed the leg and antennal colouration vs D. aeratus which was also in the trap during the week. 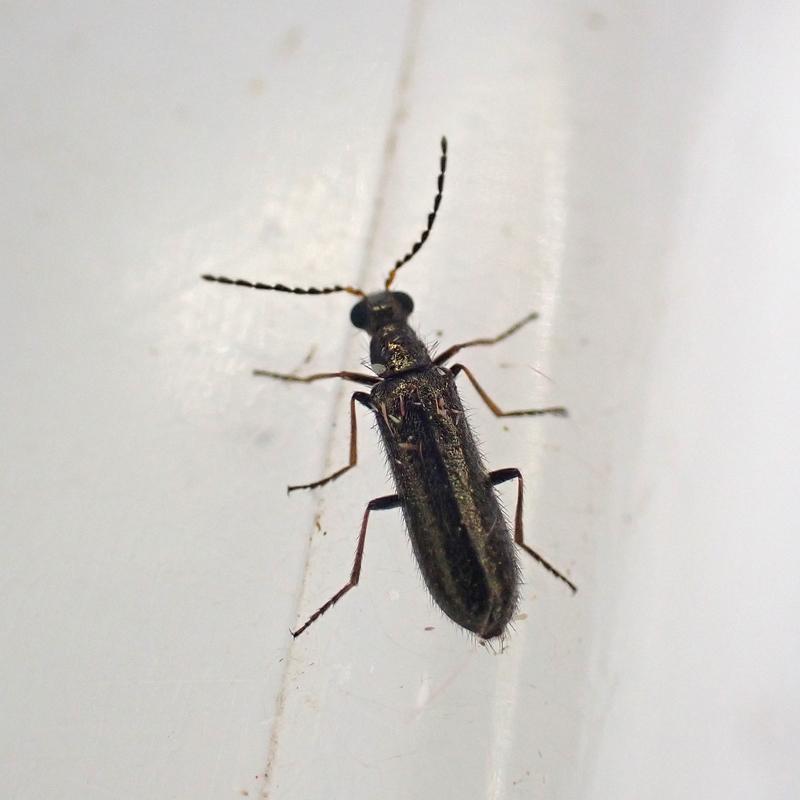 Dasytes plumbeus
You probably noticed that all of these are from 13th and 16th - two particularly good nights for beetles in the traps. There is also a Tribolium sp. pending from 13th, and one that evaded the camera (in so far as the only images are blurry as hell) was an active Nicrophorus vespillo on the 16th. I also still have a small carabid to work out from 16th. Other beetles over the nights included Harpalus rufipes, Stenolophus mixtus, Anotylus rugosus, Cantharis figurata and Cantharis cryptica.
This one is not new and is from and earlier trap on the 9th .... 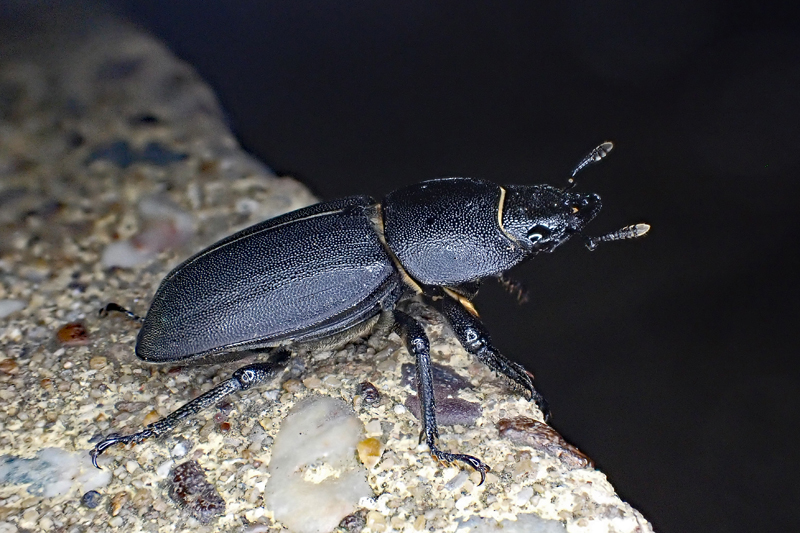 Nice set, have only seen Hallomenus binotatus once, also to light in my garden. Had several Dasytes plumbeus last year but not a single one so far in 2021. On those warm nights last week I had more of the carabid Anthracus consputus than the total from the previous 5 years. Weird, the year on year differences.