I tried to post this yesterday evening before I went out, but blogger wasn't playing (no idea what was wrong). I went out to the LROS Indoor Meeting with Alan Davies and Ruth Miller giving their Big Twitch talk, and we were out for a couple of beers afterwards. Good taking to Alan and Ruth about their experiences - and some cracking photos and anecdotes during the evening.

Anyway - spot the difference between these two plots: 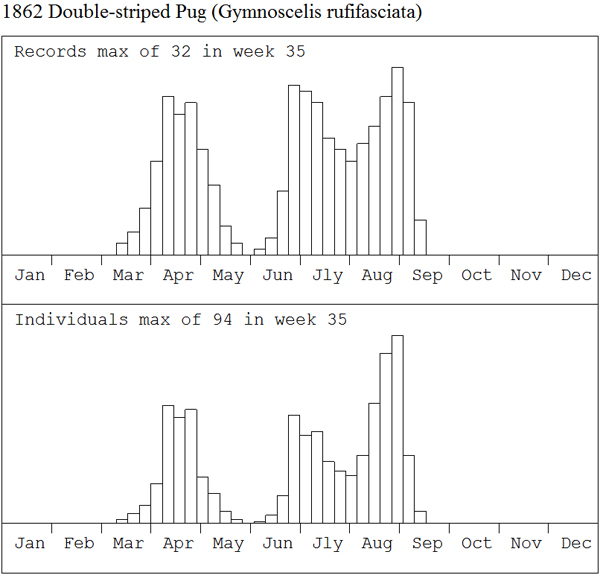 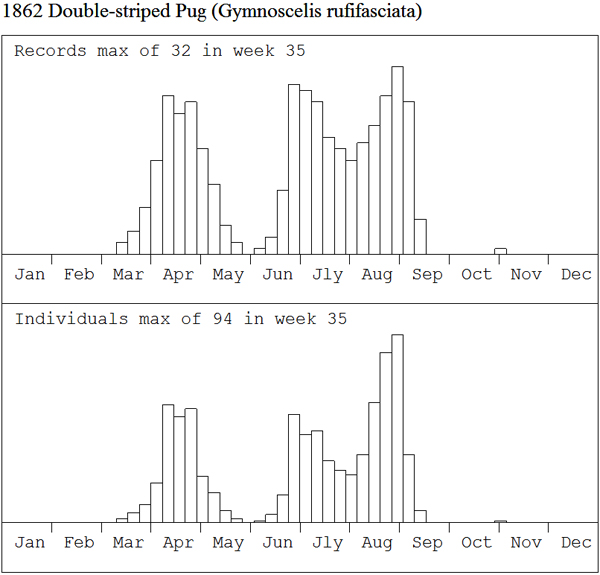 All records up to 04/11/2011
Double-striped Pug is the last thing I was expecting or hoping for in the trap in early November!