Of course, looking for and identifying are not one and the same thing as far as me and fungi are concerned, so here's a collection of attempted IDs and pleas for help, starting off with two leaf rust type fungi. 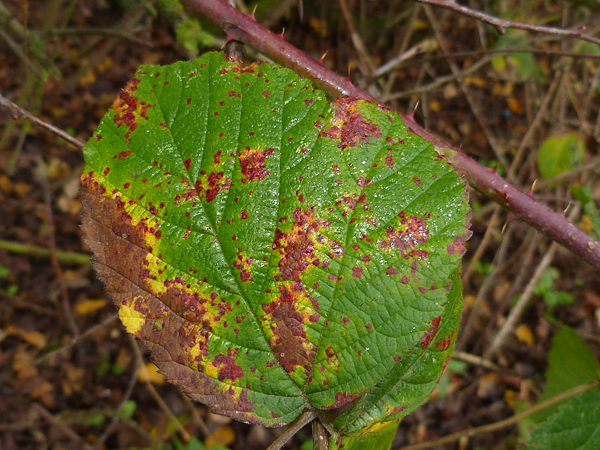 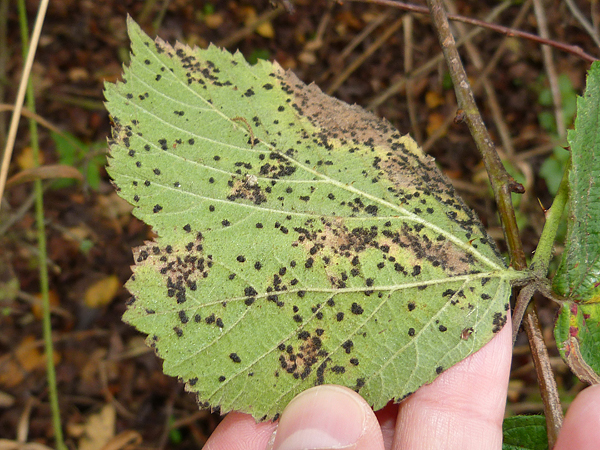 I think this is Violet Bramble Rust (Phragmidium violaceum) - front and back of the same leaf. 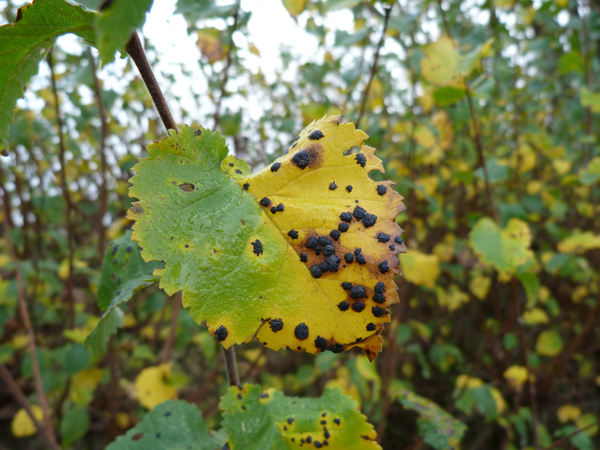 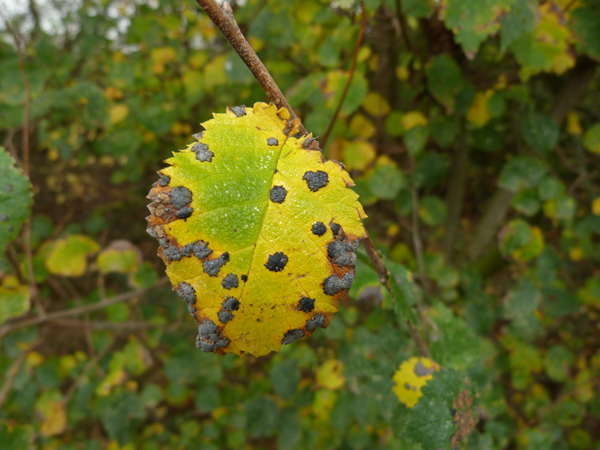 All of the local Elm in the hedgerow has these raised black spots on the leaves. Web searches haven't helped so far (although there is something called Elm Black Spot, though it does not appear to be a UK species). Any idea what it is? 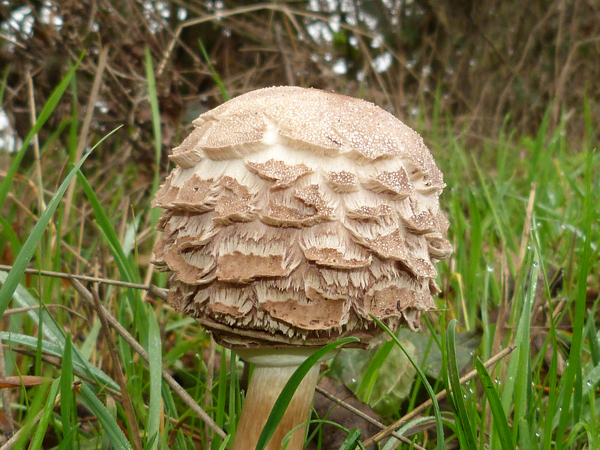 Found this down the lane - I think it's a developing Shaggy Parasol (Chlorophyllum rhacodes). 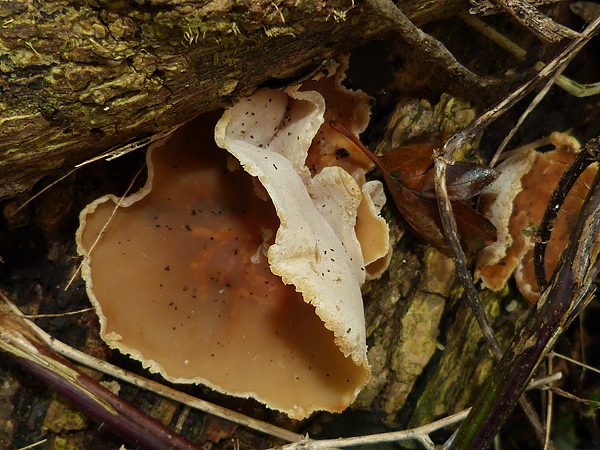 This one is from Enderby - Peziza repanda I think.
The following are all as yet unidentified - any ideas? Thanks to Steve Gale for identification suggestions for the following two which match other images and descriptions: 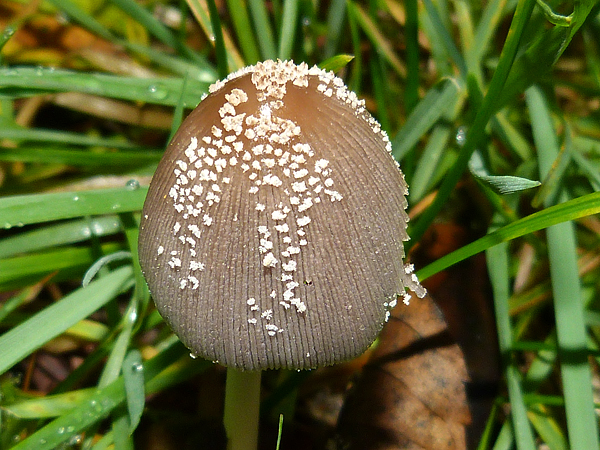 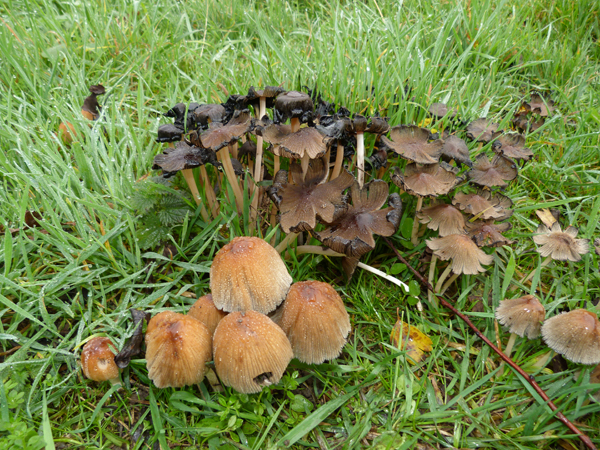 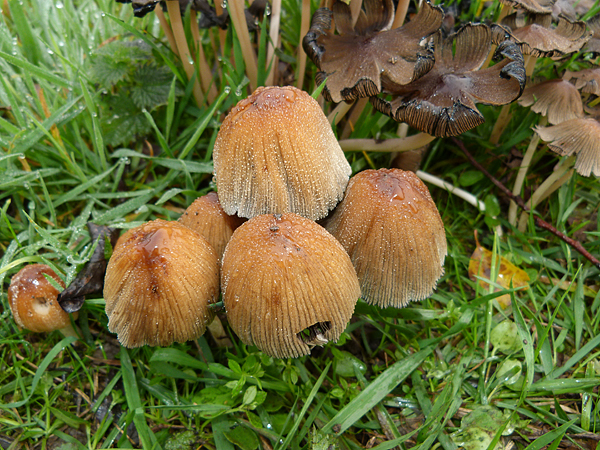 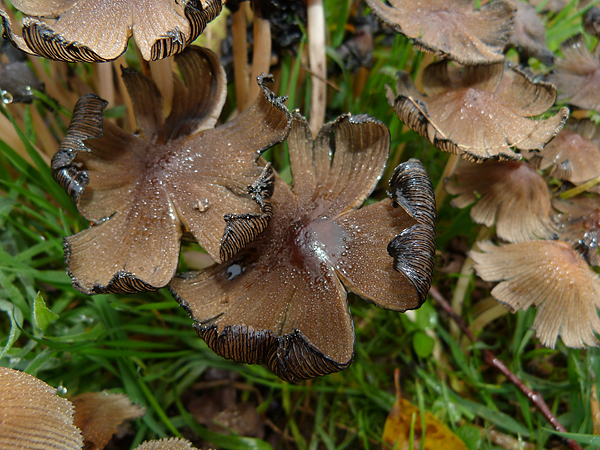 These are all varying stages of Glistening Inkcap Coprinus micaceus 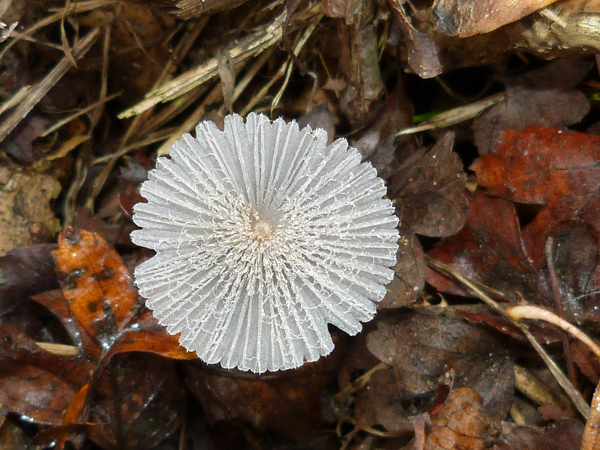 I've checked further on these and think I've now got them sussed. 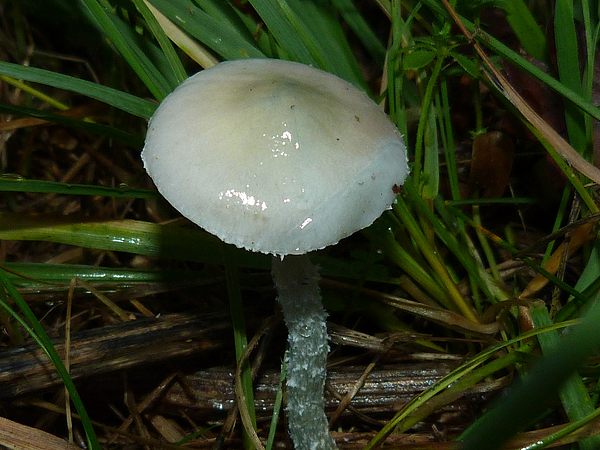 I'm convinced this is an aged Verdigris Toadstool Stropharia aeruginosa.
In particular see here for a very similar specimen. 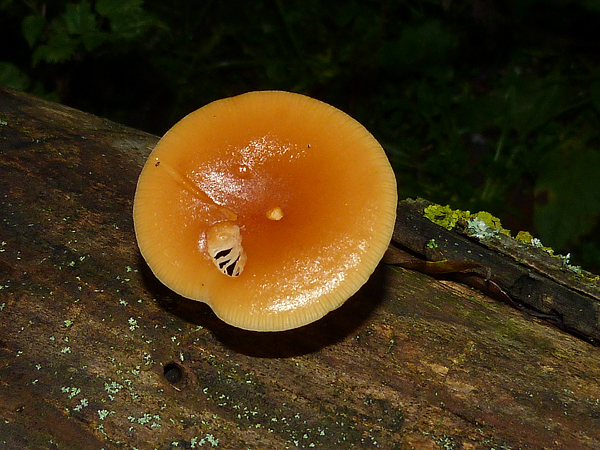 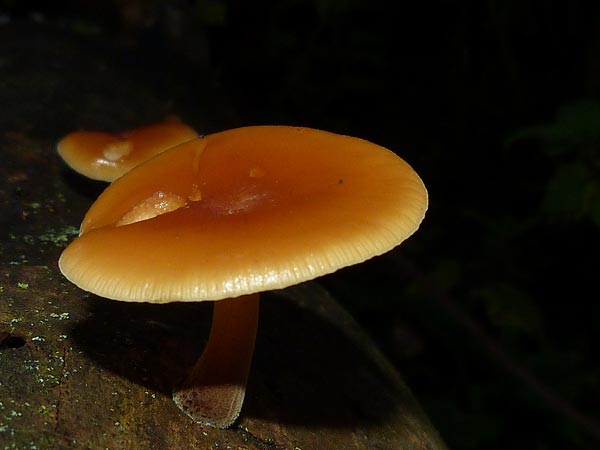 Pretty sure this is Velvet Shank Flammulina velutipes.

The following are still unidentified: 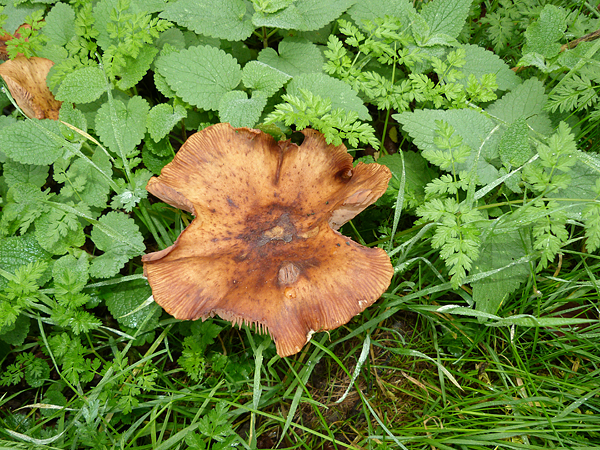 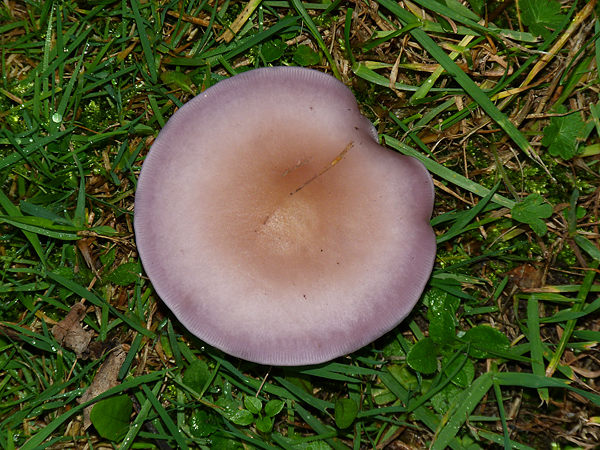 Originally thought this was a developing Wood Blewit but really not convinced. 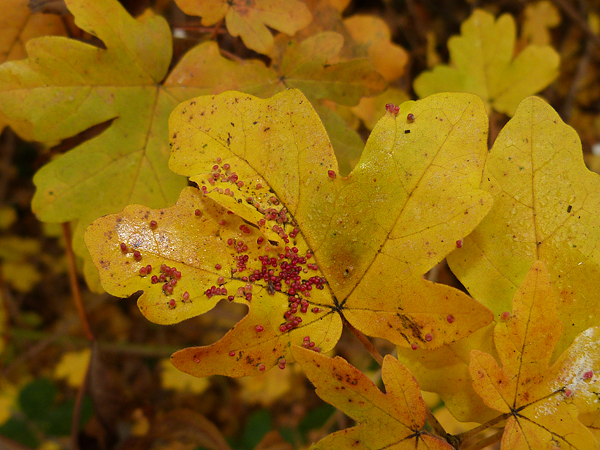