The Synergetic combo trap has been on a few times in the last week or so, but nothing exciting or new for the year. With news of yet another Palpita vitrealis in Leicester (both in Adrian's trap - lucky bugger), I decided it was time to go all out and run the MV aswell. Didn't make a blind bit of difference, although I did pick up a garden yeartick in the Synergetic. 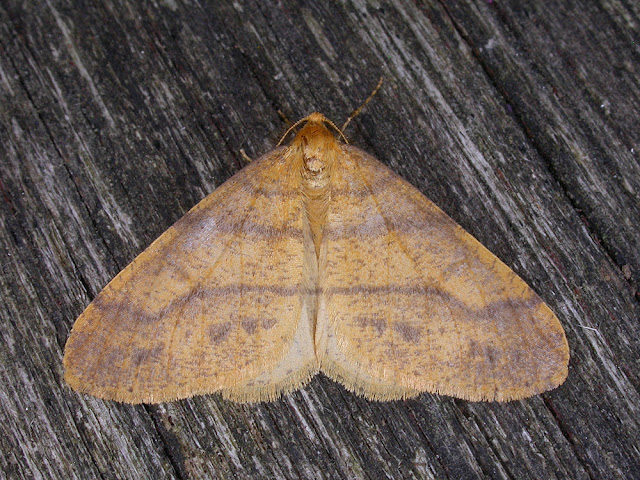 Scarce Umber
Still no sniff of Sprawler or December Moth - neither recorded here since 2001.
Posted by Skev at 19:11

Heh funny how it goes, December Moths are common as are Sprawler's here, but Scarce Umber I have never seen since starting mothing in 2006!

I got one!!! woohoo lucky omen thanks!

Welcome to the world of Telfer League tables Skev - I'll watch my back for you charging up the table!

Charging? I think meandering is far more likely - unless I can learn more plants!