Hit me with your rhythm stick

Down in Devon, the inlaws have owned and run an instrument/music shop in Barnstaple since c1990. It's called Soundpad and is a continuation of the former shop of the same name in Leicester in the 70's/80's. They also had one down in Torquay running alongside the Barnstaple shop for c10 years until recently. [If you live in the south-west and need a guitar, amp, mixer, keyboard, mic etc - go see them!]

One of the benefits of having music-shop owning relatives is access to instruments for the kids, which in the past has included violins, keyboards and acoustic guitars. All good stuff. This year though, they opted for something a bit more physical for the boys Christmas present ..... 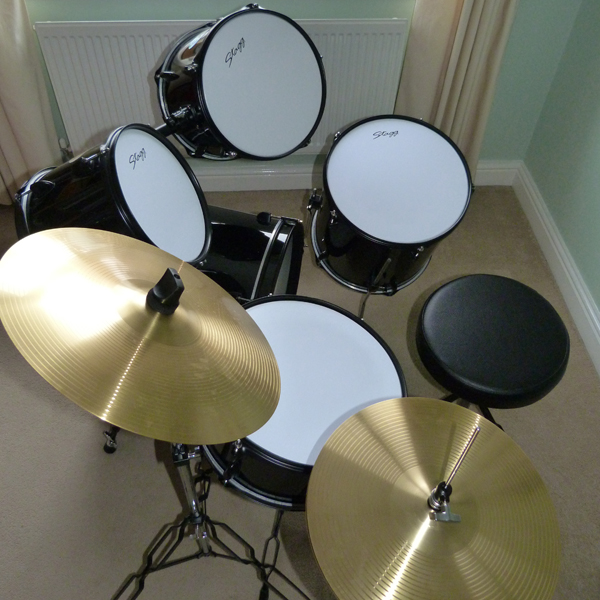 Earplugs definitely required! It's a tight squeeze in the playroom.
Always fancied playing drums myself, but I have insufficient left-right + hand-foot co-ordination! Hence back in the band days we had various drum machines, though I did build a big pair of pads with built-in transducers to trigger a sampler - but that was more industrial and visual than rhythmic!

Anyway, here's a Classic Track with lent the post title ....