Yesterday afternoon, with little hope of success, I headed over to Brascote Pits where a Bearded Tit has been knocking about for a couple of days. It had been seen in the morning but no further sign. I'd never been to this site though, so as much as anything I wanted to have a quick nose around. The site is a series of pits formed by sand extraction. The older pits have filled with water, and there is a reasonbly big reed bed and another pool that is like an osier swamp.

No sign of the Bearded Tit, but the reedbed was quite busy with Reed Buntings - although they were mostly departing the reeds and heading off rather than coming in to roost. A couple of Green Woodpeckers were knocking about, but the best birds of the brief visit were three Brambings (of which I managed to get a very poor record shot of two before they flitted off when a dog walker came along). 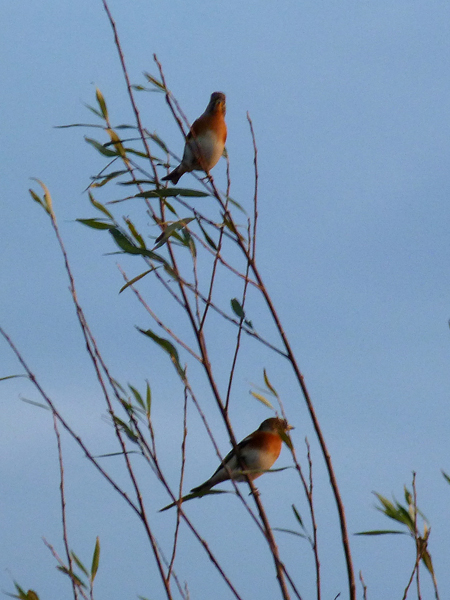 Here's few site shots, including an arty pylon and an obligatory sunset given the time of day. 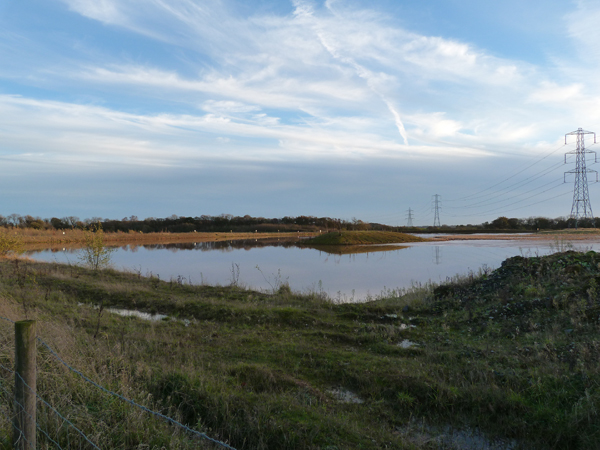 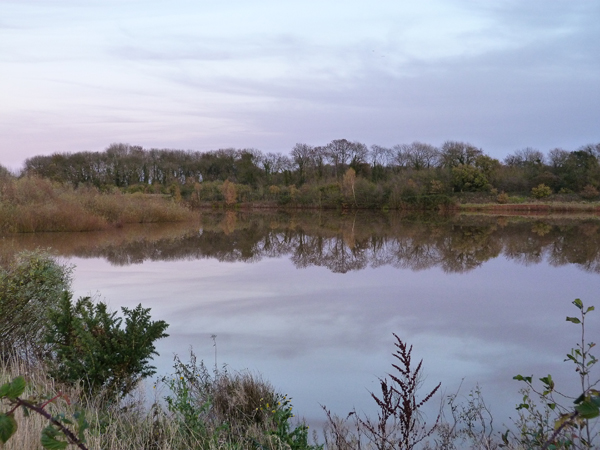 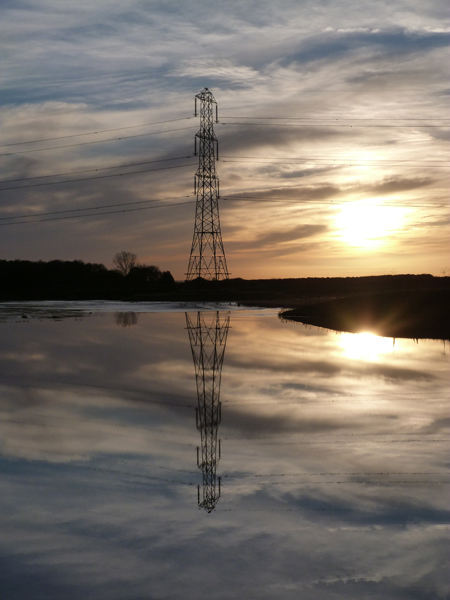 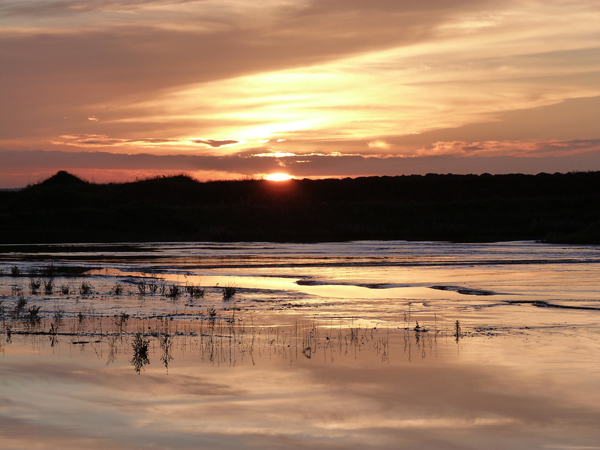 Later in the evening, I headed into town with Nichola and met up with John Drunkbirder Hague and Dave Teaboy Gray for a few beers at The Pub backed up by some vintage Ska/Reggae courtesy of twitching DJ Dave Mack. We had a great night - I know this as I have a throbbing headache this morning. After a couple of starters (a 3.9% mild and a 4.9% bitter) I settled on Inferno from Oakham Ales for the other five pints.
Posted by Skev at 13:05