Another TTV this morning - and again nothing unexpected or extraordinary. Martinshaw Wood is good for mothing, but relatively dull for birds. It is bisected by the M1 motorway, surrounded by housing and as I discovered this morning it is frequented by hoards of early morning dog walkers and ATB cyclists.


View Larger Map
All this disturbance probably doesn't make too much difference to wintering birds, but the woodland is predominantly coniferous with little fruit bearing scrub. Anyway, a few very noisy Jays, and small groups of busy Goldcrests and Coal Tits were the most interesting species, along with single Great Spotted and Green Woodpeckers and a stealth Sparrowhawk.

I found a load of fungi that as ever I can't identify. This interest in finding fungi is getting infectious - but as someone that can barely identify all but the commonest trees, plants and flowers I am coming to realise that I am bloody useless at working out fungi ID. I think that these are all the same species at different stages of growth, and I have confidently narrowed them down to being fungi that grow out of the ground rather than on tree trunks. Any help beyond that would be appreciated! 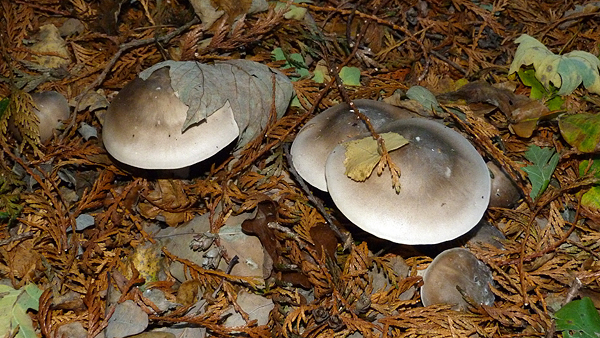 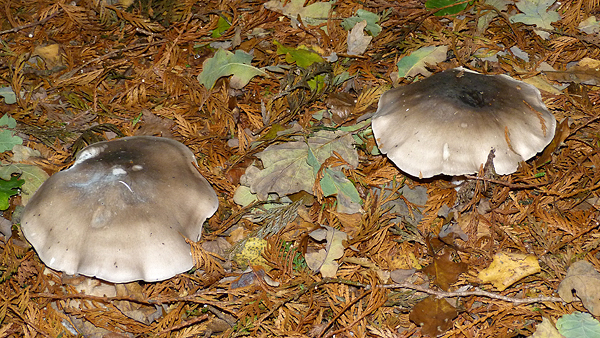 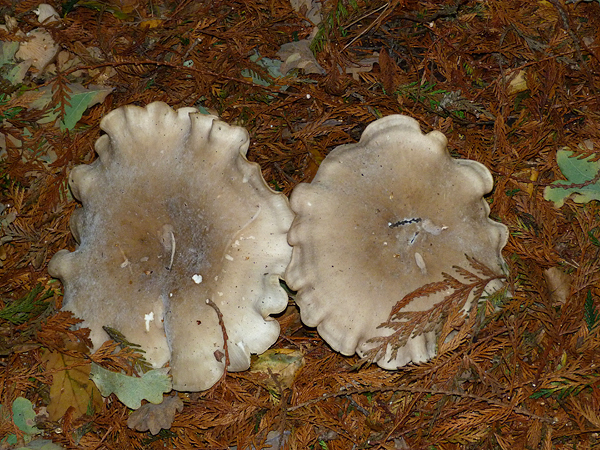 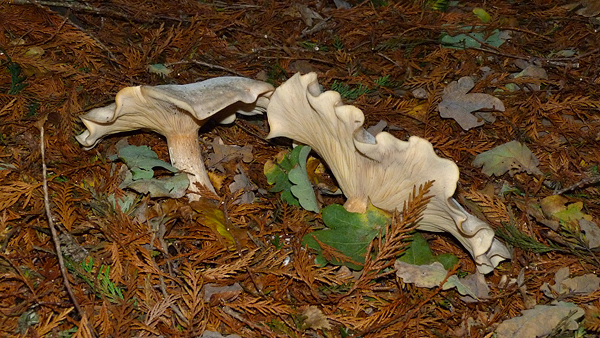 The last two images are the same two fungi shown from both sides. These were big, 5" - 6" across.


Whilst having a cuppa before I set off, I had an opportunity to balance my life karma - whatever that means. A Dunnock flew straight into our living room window. Not the first bird to hit it, and probably not the last, but this one hit it with a real hard smack. I went out to find said Dunnock flat out on the path below the window - eyes open and panting heavily. I anticipated that it would croak any minute, but I carefully picked it up and was pleased to see that its head didn't flop pathetically to one side and that its wings appeared intact. [Holding small birds in the hand always seems to be a privilage - hard to believe that anything so small and fragile can be so tough and hardy.] It was still very likely that it would have suffered some damage, but apart from obvious shock nothing I could see so I carefully put it into a safe place away from any prowling cats etc. It was still there before I left the house, and appeared to be more settled with more relaxed breathing. I guessed it would either survive and go or fall over and cease to exist. Gladly it was not there when I got home, and I'd like to think that it has managed to fly off to fight another day (and I refuse to consider any other possiblility).

Before I go and do something more useful, here is a Winter Moth that came to a lit window early last night. This is usually the last species I see each year - hopefully not this year though.

Nice post, Mark. I can relate to the not being able to ID fungi. Glad your Dunnock flew off.