Mothing don't half give me the Horn(et)

As I'm sure Derek & Clive would say.

One of the risks of moth trapping in prime broad-leaved woodland is Hornets, especially in the late summer / autumn. They are normally pretty easy going and much less likely to give you a sting (or bite!) than a wasp. Trouble is, once they have been disturbed/attracted by the light then they go fucking bonkers! Apart from that problem, they are also pretty good at eating the contents of a trap.

Having said that, they are damned impressive insects. We managed to pick up a couple at Pickworth Great Wood, and one of these was the biggest I've ever seen being - almost an inch and a half - presumably a queen. 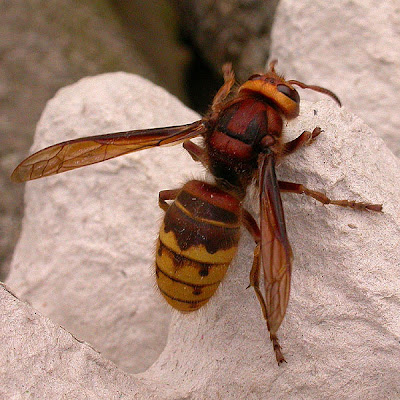 Hornet - superb insect, unless you stick your thumb on it when grabbing an egg tray from the trap! 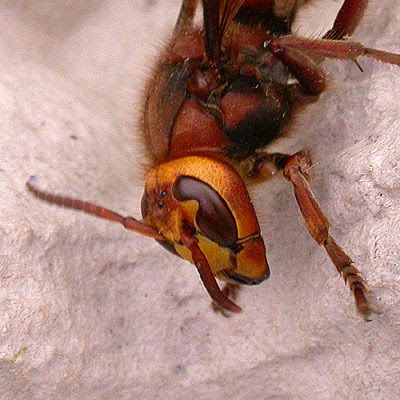 "I fancy a Peppered Moth for breakfast"
Posted by Skev at 16:35